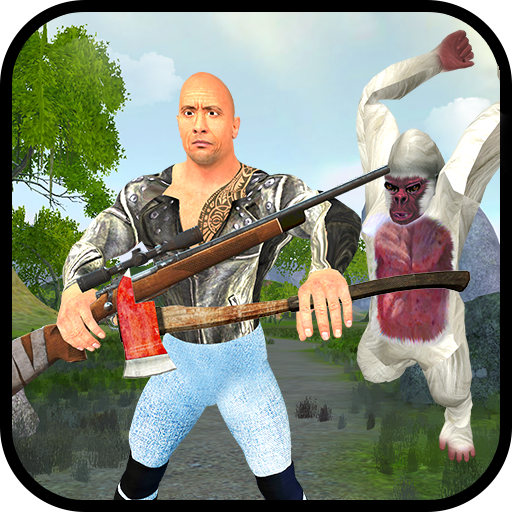 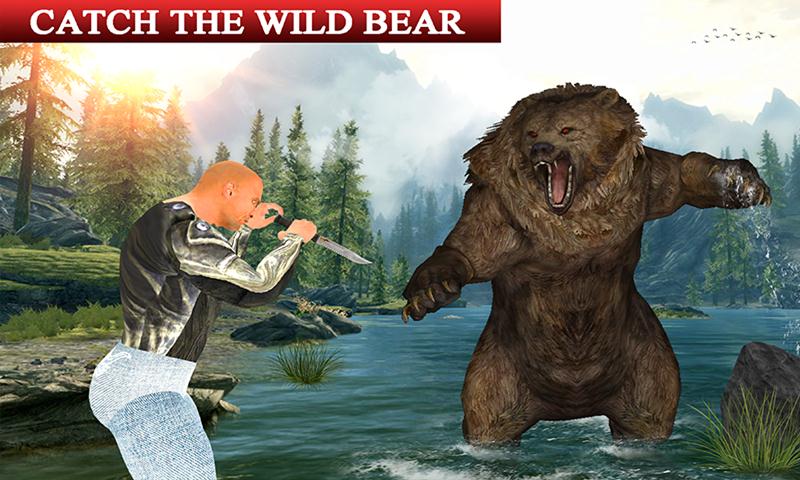 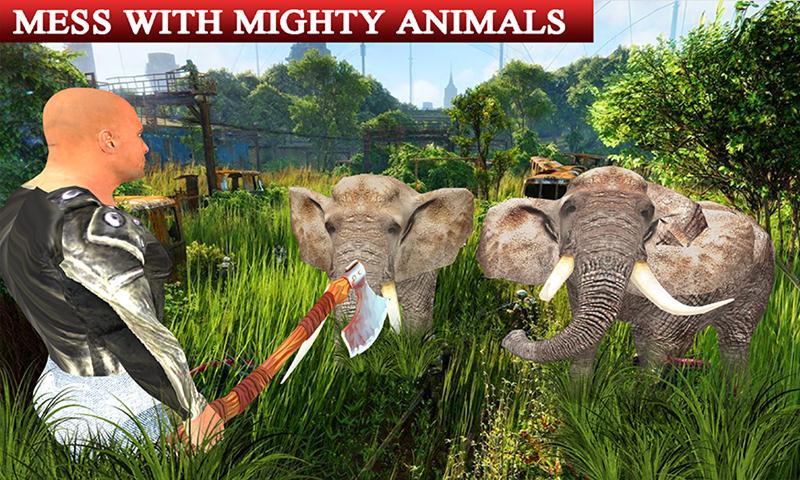 Get ready for new adventure and action game where you play as Ultimate Hunter and survive in safari forest in this Ultimate Hunter vs Gorilla Rampage simulation. You survive in dangerous jungle and fight with angry gorilla with the help of hunting weapons like sharp AXE. Hunter hero shoots the wild animals in dark forest and hunts the brutal beasts like mad lion, giant elephant etc. beware from white gorilla who is wandering in the jungle and survive carefully with the help of survival skills.

Ultimate Hunter vs Gorilla Rampage is action game for all silver gorilla lovers and sniper hunter fans. Be a powerful sniper hunter and shoot the apes in the dark forest. Angry white girrila roaming in the safari forest in search of you but you are hiding from it and hunt the dangerous angry gorilla with the help of sniper hunting skills.

Ultimate Hunter vs Gorilla Rampage is action game with thrilling gameplay where you play as forest animal’s shooter and fight with wild beasts in the safari forest. Animal hunter wandering in search of wild animals and shoot the angry gorillas with the help of sniper in this rampage simulator. This action game is full of thrill and action where you fight with dangerous animals with the help of different lethal weapons like sharp AXE or fighting techniques. Ultimate hunter hero shoots the crazy animals and enjoys the thrilling missions in this powerful gorilla rampage. Survival missions and thrilling task are ready to blast the game in gaming world with the help of addictive gameplay.

Ultimate Hunter vs Gorilla Rampage is specially designed for all safari jungle lovers and hunting missions fans. This action game is full of apes shooting and forest animals shooting with 3D safari jungle environment. Angry White gorilla rule in the dark forest and your duty is to hunt the wild animals with their boss Angry White Gorilla in this sniper shooting rampage.