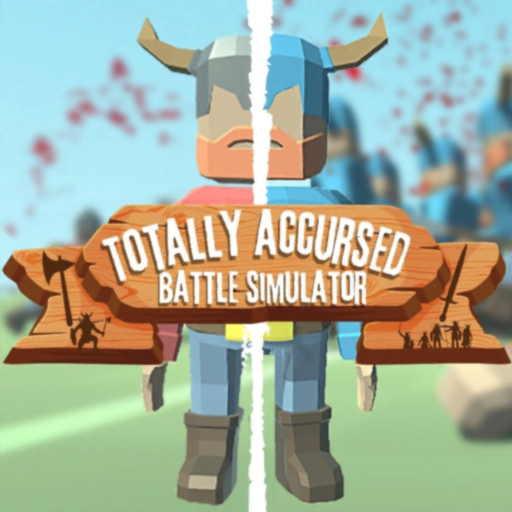 In Totally Accursed Battle Simulator or TABS, the enemies have only one goal: to overthrow your empire, your army, your family... You must quickly draw and plot your epic battle formations in order to protect your base! Your troops will follow your orders.

In Totally Accursed Battle Simulator or TABS you must react quickly to prevent them from destroying your army. The horde will continue to come at you from different angles. Defend against wave after wave of enemy units, until you reach the ultimate glory of battle simulations. Can you draw fast enough, think of perfect war lines?

Totally Accursed Battle Simulator or TABS can be considered an epic medieval battle simulator, since its style is medieval and its troops and units have that medieval setting.

Train tur soldiers, your troops like any soldier need training, but this training has a cost, in this case they are gems, earn gems by snatching them from the enemies in each battle, and then use those gems to train your allied soldiers. Remember that the level of the soldiers affects their characteristics in battle and these characteristics need to be raised to progress through the different levels. finish the campaign and upgrade your troops. Check and upgrade your soldiers in the corresponding menu, you will be able to see what they look like on the battlefield, they are real war machines!

But as all war machines have a cost, not only the cost of training, but also a cost of deployment, so the more you train your soldiers the more efficient your army will be in TABS or Totally Accursed Battle Simulator.

Main features:
- Epic battle simulation
- Crazy ragdoll physics
- Many troop types and more to come in the next updates
- Troop upgrades
- Animated troop menu, where you can see your soldiers
- Player statistics, important for the upcoming online multiplayer implementation
- Graphics and camera movement adjustments
- Constant updating by the developer who has in mind to implement online multiplayer
- Different landscapes and many levels

From the Totally Accursed Battle Simulator or TABS team we are constantly improving, leave your comment or idea to improve and most likely we will implement it and update the game.

We plan to release constant updates every 2 weeks maximum to maintain and improve the quality of the game, encourage you to help us by giving your feedback in the comments.