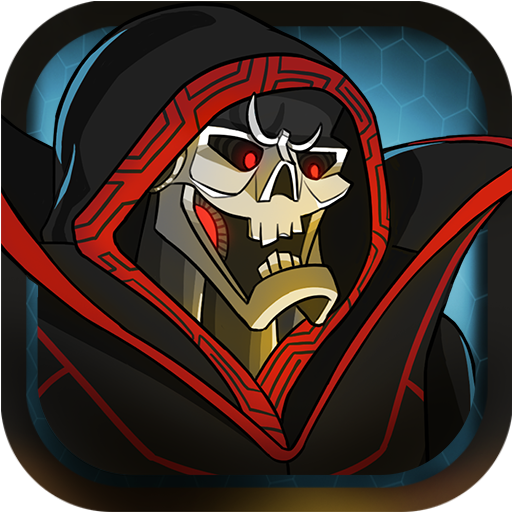 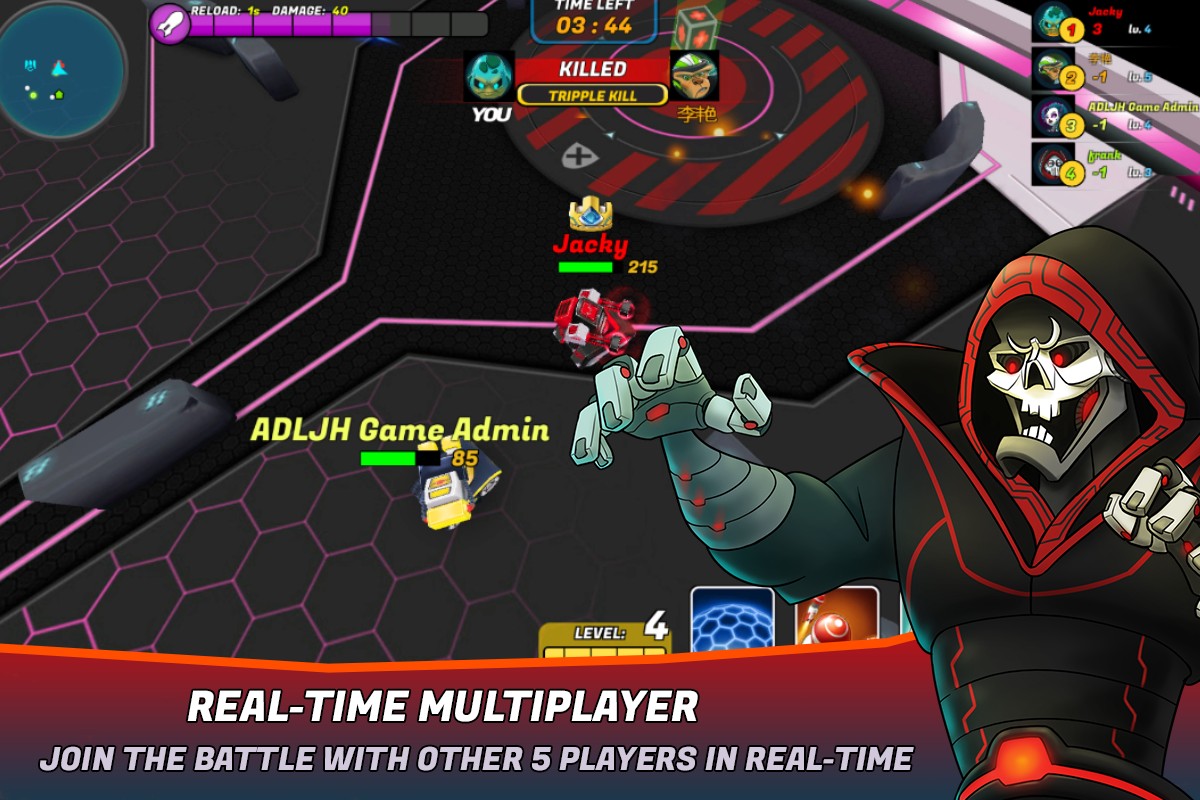 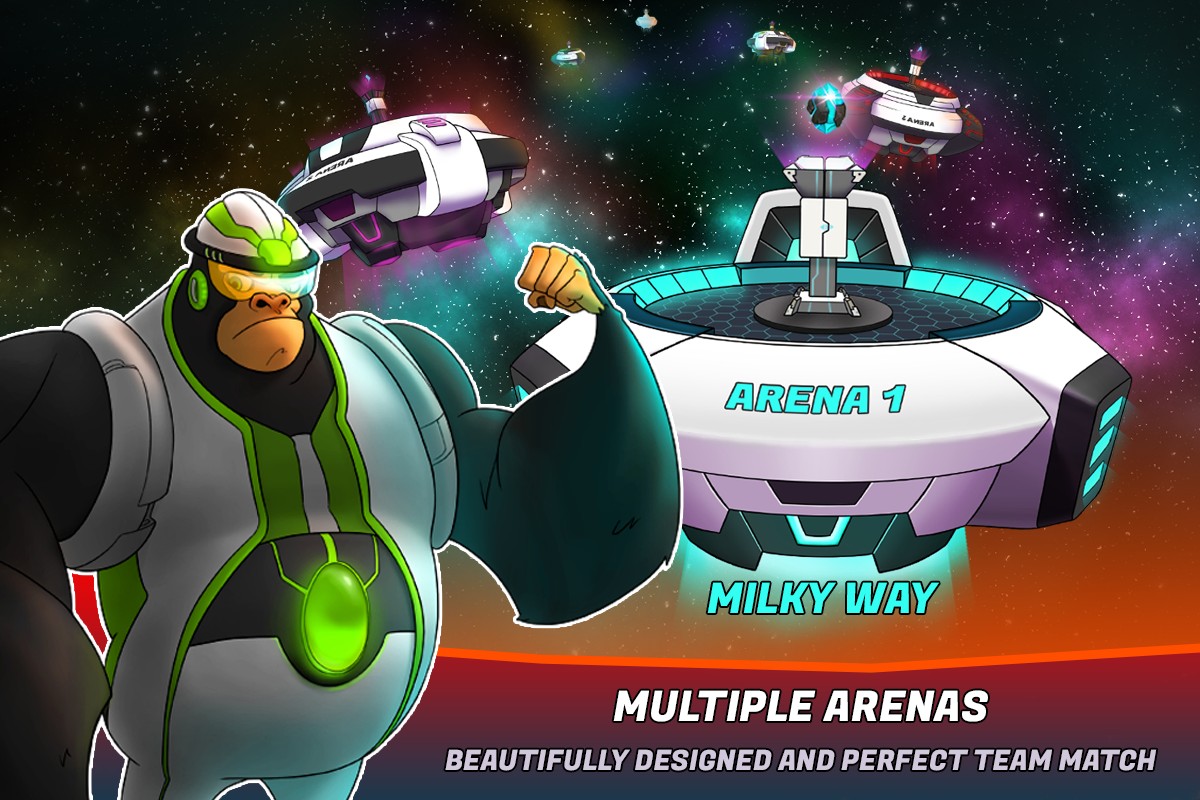 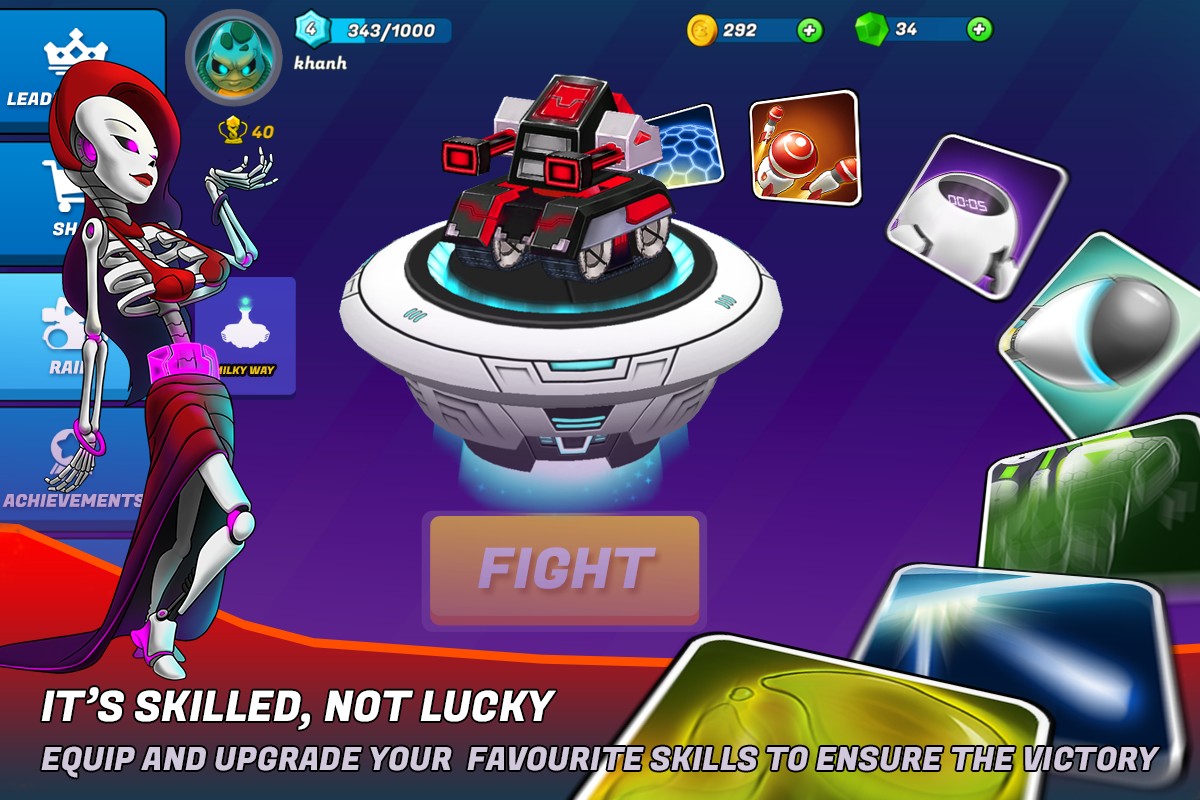 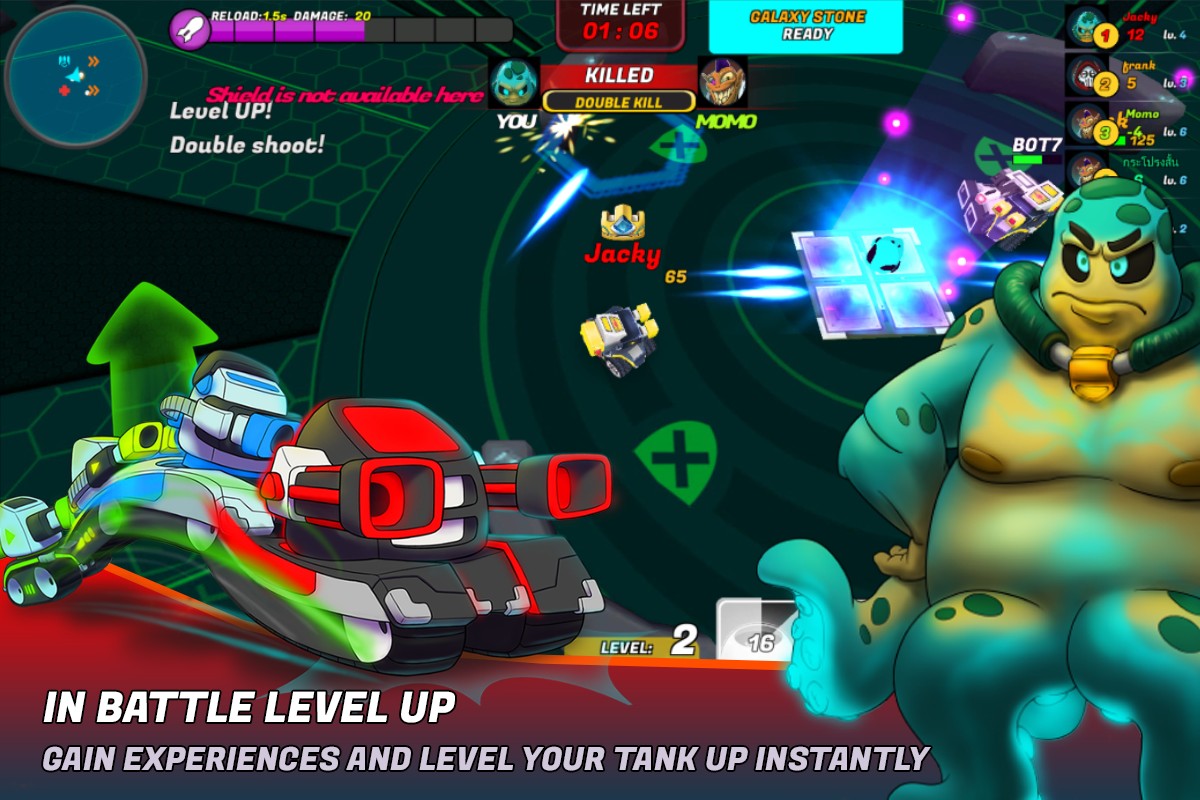 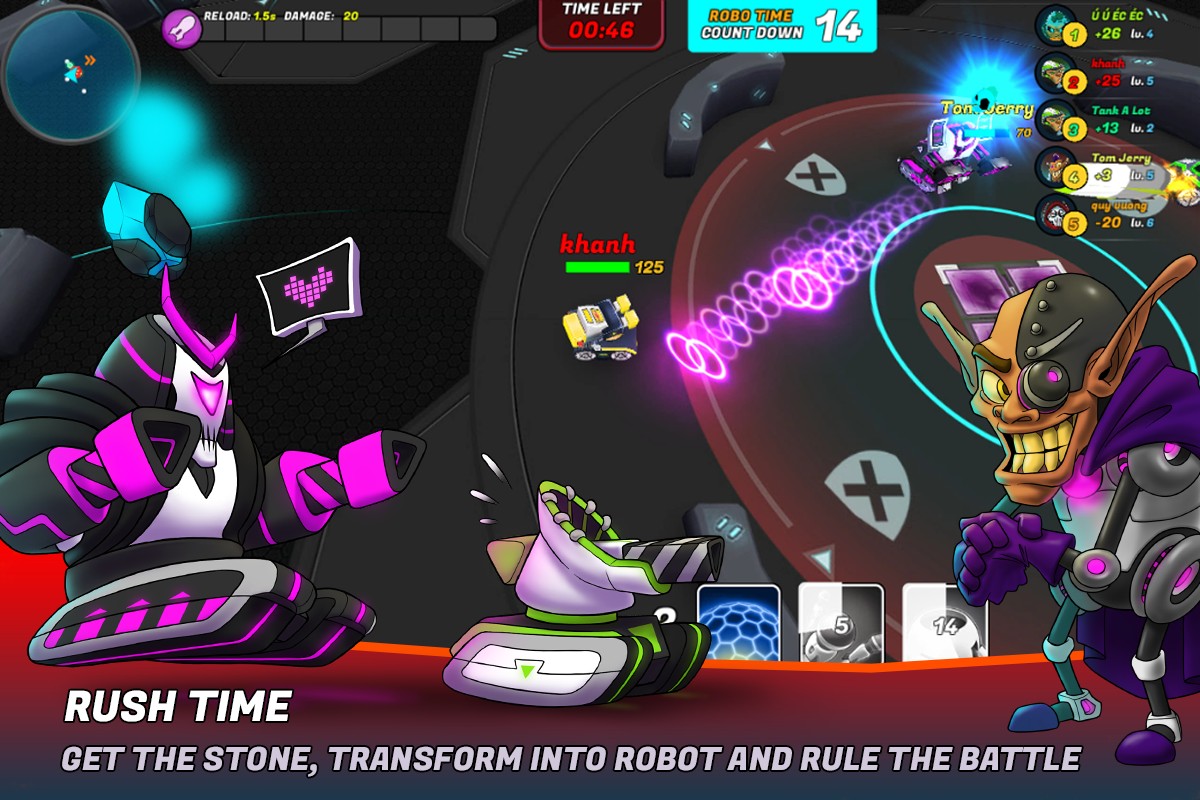 Hi there!
Thanks for stopping by! No matter what made you here, we hope the game can cheer all.
RIGHT NOW, many other cool guys worldwide are enjoying their extremely funny tank battles. Only 5 MINUTES to BLOW OFF whatever! A REAL-TIME, strategy, multiplayer, 3D online game with ROBOT tanks and super weapons in SCI FI environment, you don’t want anything else! JOIN THEM NOW!
Though a free, LIGHT game with arcade style, it perfectly suits if your need is an armored warfare, ambush adventures or laser wars in galaxy battle zone.
Whatever you want to name, tank hero or destroyer, you get to win over other tanks man in 5 minutes crossfire. Put your steps into 7 unique arenas in galaxy, use your strategy for super weapons and skills, hunt down other tanks and get fun.

❖FEATURES❖
- REAL-TIME battle: 5 people from around the world plays at the same time in a fight.
- AMZING TANKS: Tens of super tanks to try on every battle
- SCI-FI ARENAS: 7 beautiful arenas in galaxy, designed with sci fi style and impressive round shape structure.
- GALAXY STONE appear after 3 minutes of the crossfire, get yourself trained well and don’t miss the chance to transform your tiny tank to ROBOT and RULE the war!
- SUPER ROBOT to clash with and of course with un-destroyable power. Let’s see your strategy then.
- HUMOROUS REAPER to accompany with you as a coach, giving wise advices whenever you’re in need.
- MODERN WEAPONS: You will be armed with laser bullets, grapeshot, cannonade, howitzer, electric shield, timer bomb, landmine, laser gun…allowing you to make a real bombing blitzkrieg.
- IO (input-output) GAMEPLAY: Get stronger right after you win over an enemy. The more successful shoots, the more powerful you are.
- Shockingly FUNNY EMOJI to excite everybody in the fight. Play it COOL and see how good it feels!
- And BIG PLUS is, there are many other funny and smart guys to play with
- Dpad helps with greatly exact movements in the tank maze yet very easy to control
- Surprising REWARDS for all tiny tank hero after every battle. Don’t forget to check out your achievements!
- Radar supports you to locate your enemies, allowing implementation of many strategies (ex: ambush adventures, long distance gunfire, blockade 3d, counter attack, armored assault…)

❖PLAYING TIPS❖
- Upgrade your weapons/skills frequently to stay cool and dangerous!
- Rank high in the crossfire battle to get more rewards
- Use your weapons and skills strategically to strike back enemies (ex: grapeshot for multiple kills and cannonade to destroy immediately)
- Minimize times being killed by other gunman to upgrade your panzer right in the battlezone. Higher tank level means stronger power hence better chance to compete for galaxy stone.
- Stay away from crowded zone of dangerous gunfire when out of bullet
- Mind the situation to best use your weapons/skills
- Go hide into the tank maze when super robot appears. Don’t let yourself a cannon fodder for others!
- Keep track your enemies' location on radar (field map) to direct your howitzer on right target.
- Mind the free gifts around to get skilled up, but don’t forget to watch out the tank destroyer protecting the gift.
- Target clearly before firing to avoid wasting bullets. Let other see you’re a legend gunman!