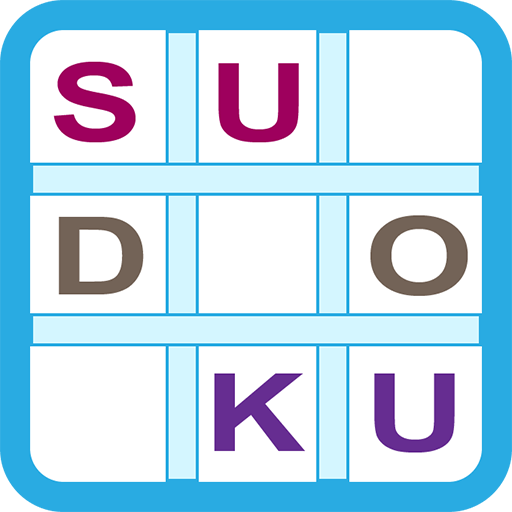 Sudoku game is among the best classic sudoku games developed by NBSoftware. Suitable for Android phones and tablets.

Sudoku game improves your memory. Memory and logic work side by side while playing. We use our logic to find the next space, and our memory to memorize numbers.
It is the classic Sudoku game that you can play and solve puzzles comfortably anywhere, at home, at work, on the bus, to have fun and to spend your free time.
While solving puzzles, our brain continues to practice with the logical thinking process and eventually improves our number skills.
Solving puzzles reduces the chance of developing Alzheimer's disease by keeping your brain active.
Your brain learns to do things quickly and your ability to make decisions without hesitation improves, with Sudoku games. Your concentration power increases.
As Sudoku games are played, you can solve puzzles faster and progress to the next level.
It makes you feel happy. When you can solve sudoku, you will be happy with your success. Puzzle games solutions are hard work. How successful are you in this regard?
After that, spend some time every day on Sudoku games and puzzles.

The game is a logic based number puzzle game. The goal is to put numbers between 1 and 9 in each empty box. The number can be used only once in each row and column. According to the difficulty level, the numbers given by the game are taken as a guide and the numbers that should be placed in the empty boxes are found or estimated.

Specifications
It can be played in 4 different difficulty levels. Easy, medium, hard and expert. Sudoku easy for beginners, advanced Sudoku difficult will be the perfect choice.
You can take note, the numbers you think in the box you choose during the game.
There is an option to show or close incorrect entries. With this option, the mistakes you have made can be shown to you instantly. Keep in mind that if you make a mistake, your game lives will decrease.
Help buttons show the numbers that can be entered, if you want, and guide you.
Sudoku can also be played without internet.
Our Sudoku free and developed in English.
You can choose the theme that suits you with the light and dark theme options.
When the previously entered number is selected, all numbers with the same value and how many numbers can be entered are highlighted.
You can see your scoring and level success ranking in Google Play Games by . You can increase your Google Play score and level as you play Sudoku games.
Track your success and progress with statistics.
When you close the game, you can continue where you left off later. Sudoku automatically saves the game for you and informs you when you are just starting the game.

With Sudoku games, give yourself a little break, relax yourself, get away from stress, improve your mind.

NBSoftware Sudoku is one of the best puzzle games that can be played without the internet and free. What is Sudoku, how to play, how to solve it, what are the rules? If you are curious and looking for a Sudoku game, you should download our game.

If you have any ideas or questions about our sudoku game, please send an e-mail to andsoftnb@gmail.com to contact us..