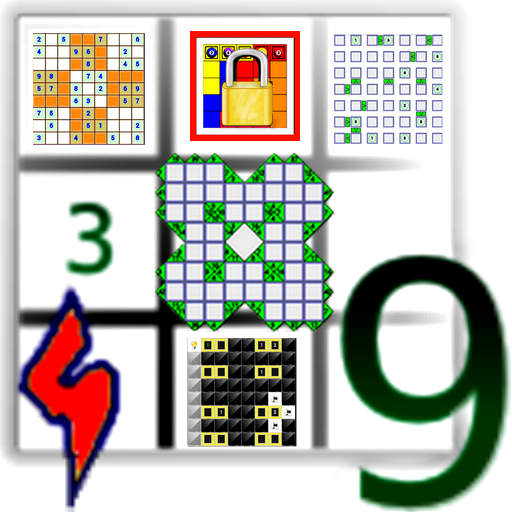 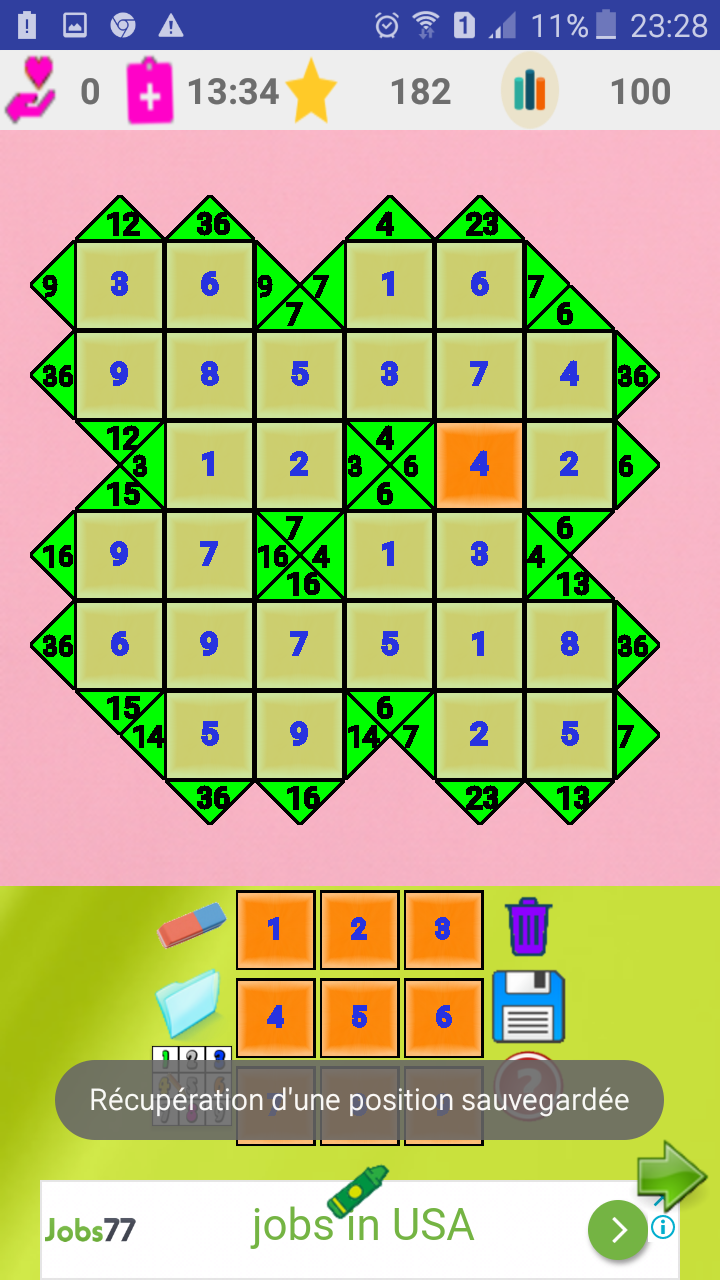 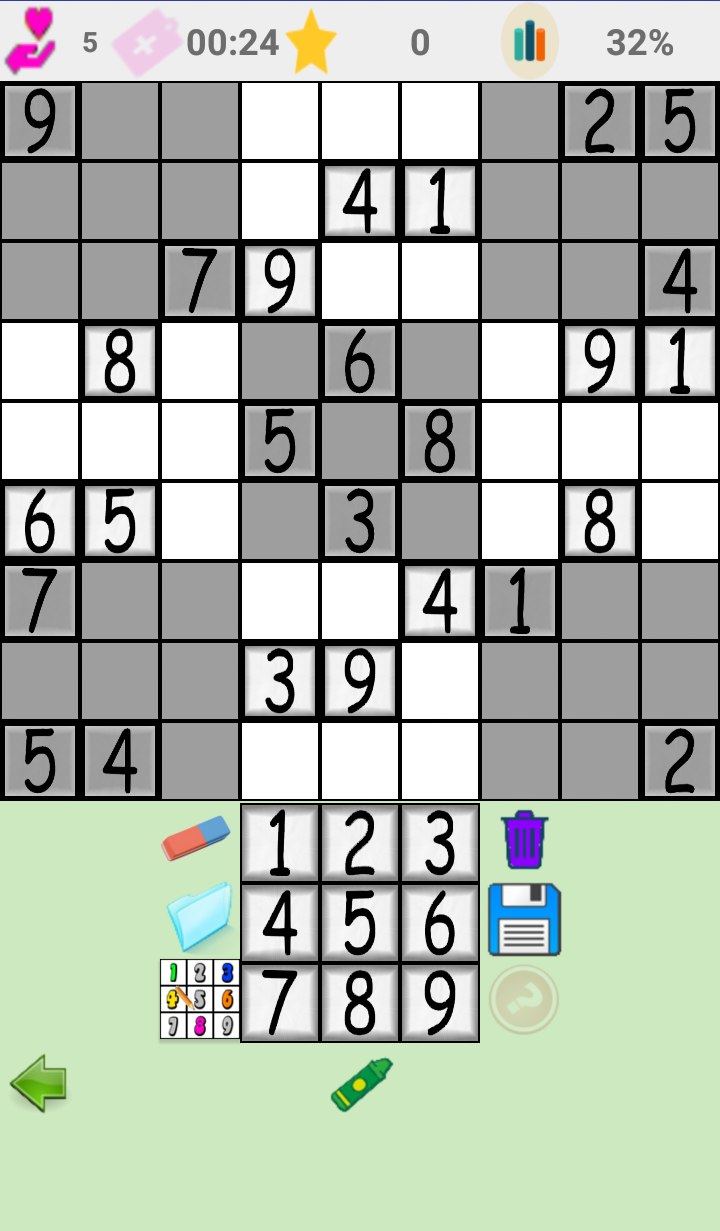 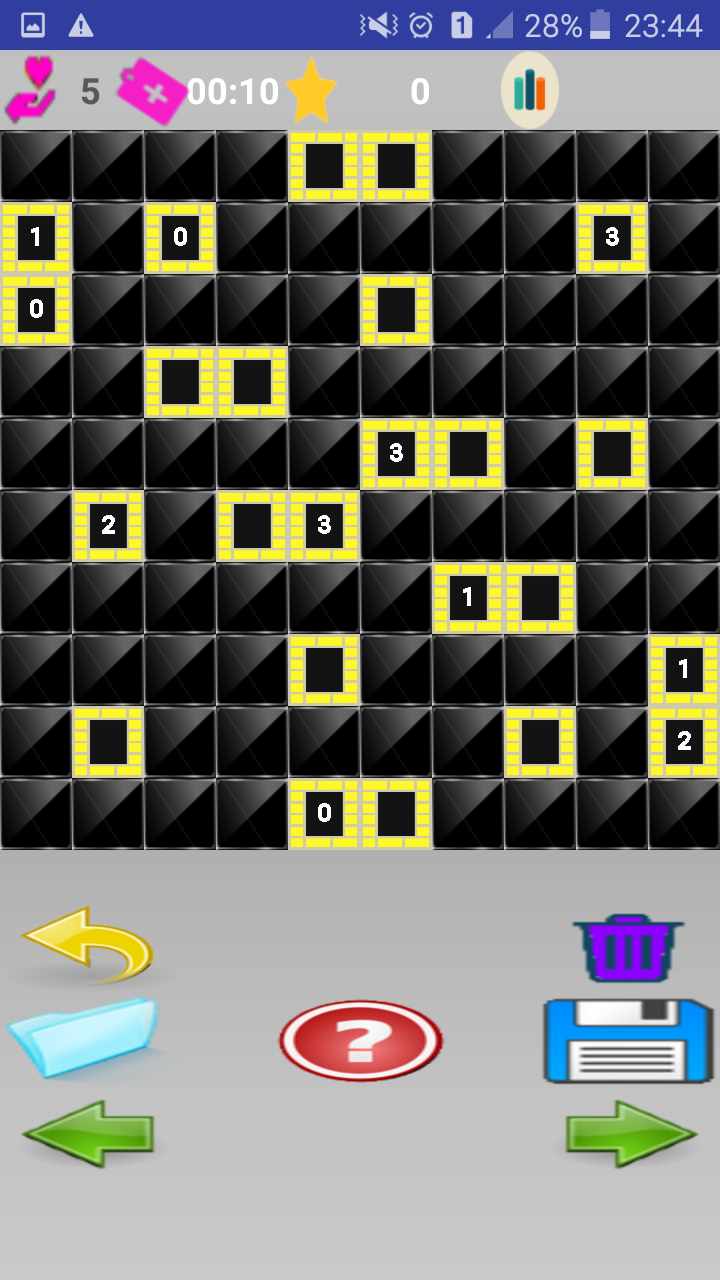 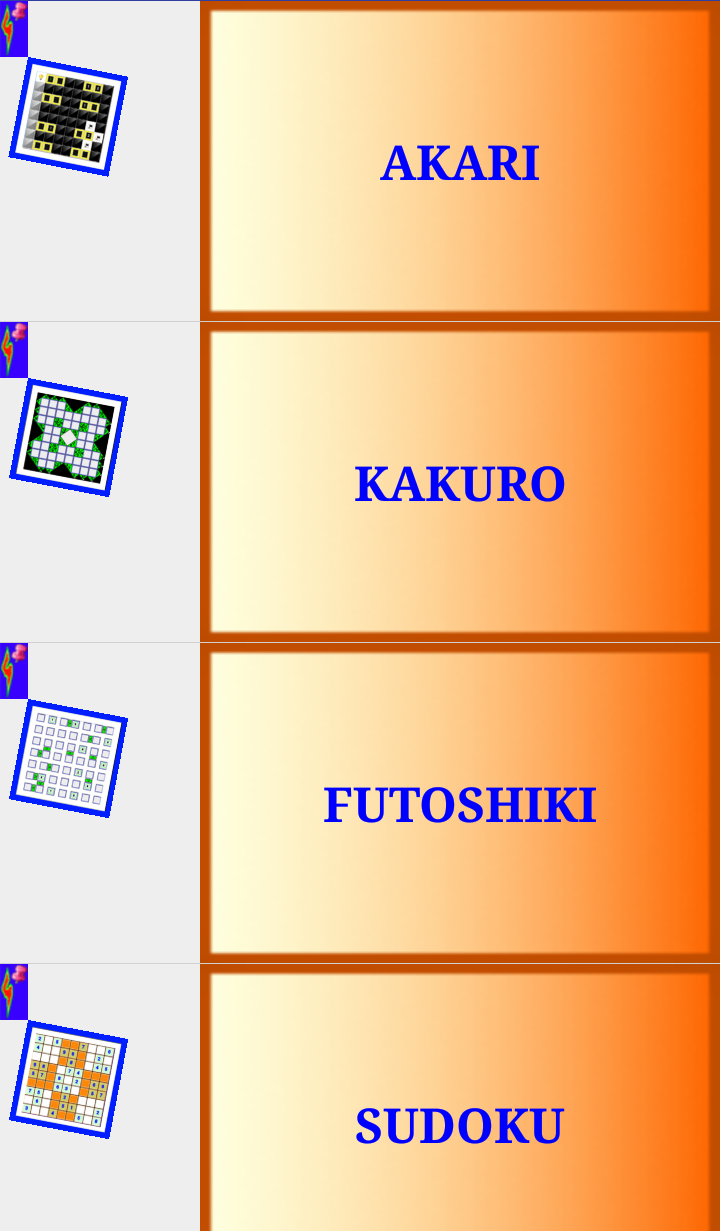 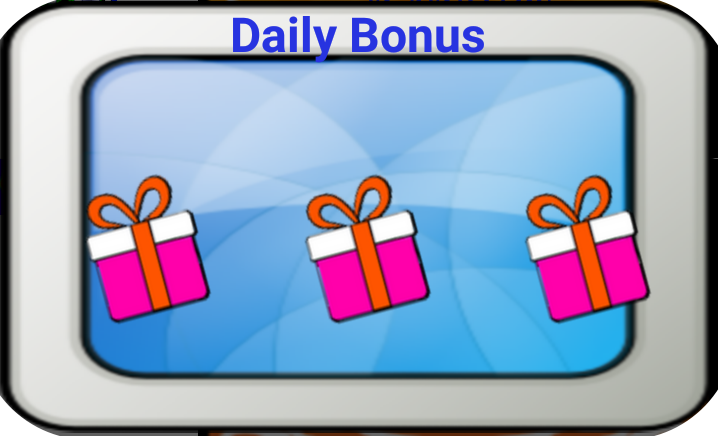 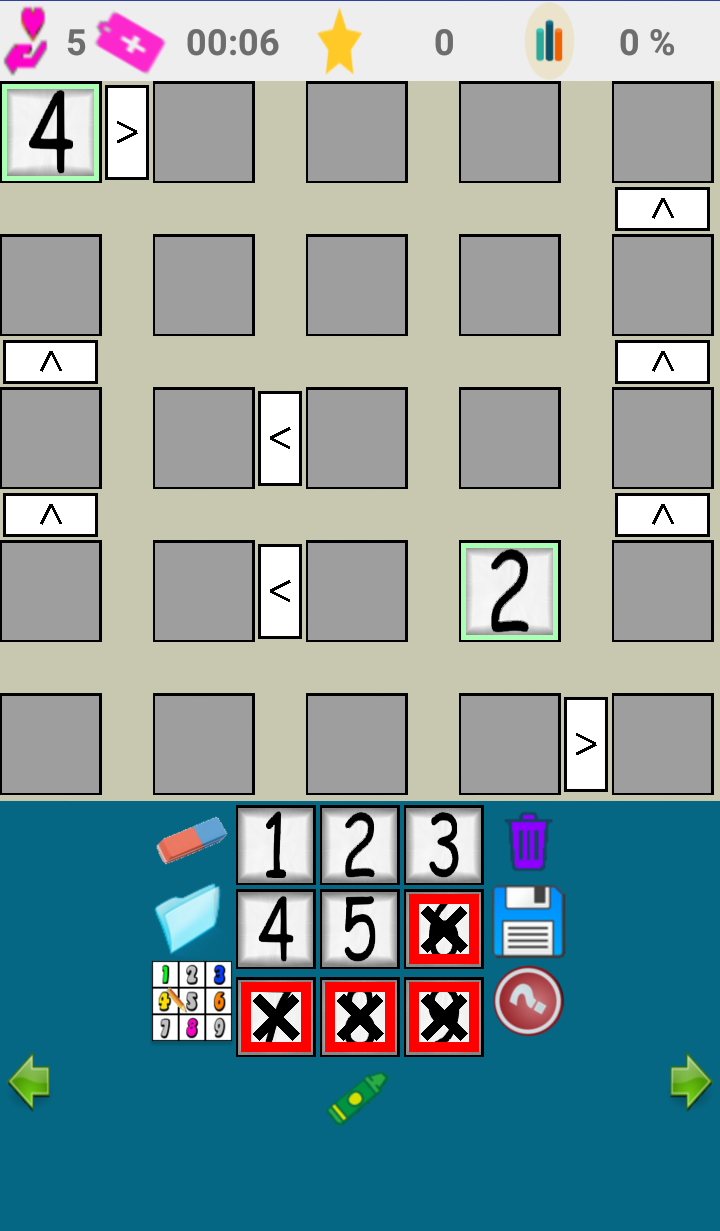 Five level in each (Sudoku, Futoshiki, Kakuro and Akari) and 100 puzzles for Sudoku, 100 for Kakuro, 100 for futoshiki and 100 for akari.
There are many options for helping a player to solve puzzles, i hope that you enjoy this application(Sudoku Futoshiki Kakuro and Akari).

- Akari : the goal is to light the whole grid using lamps,
the grid consists of black cells and walls.
Each wall contains a number that indicates the number of lamps in the vicinity of the wall (horizontal and vertical only), if a wall does not contain a number then we can put lamps in the vicinity without constraint .
two lamps must not be superimposed .

- Futoshiki :
the objective  is to constitute vertical or horizontal words such that a word consists of numbers between 1 and X (X is the dimention of the grid), the signs> and < are upper and lower.

- Kakuro :
is  looks a lot like crosswords, but with numbers instead of letters, a vertical or horizontal word consists of numbers between 1 and 9, a number does not repeat itself in a word, the sum of the number result of the word in column or line is equal to the number indicated in the triangles on the right or on the top .
- Sudoku game :
put number between 1 and 9 ech number must be putted only one time in row, rank and zone, Sudoku is very famous game.

- Score for the first level is 2500, when your reach 2500 score you pass to the second level and 5 new puzzle are opened in each game (Sudoku, Kakuro, Fitoshiki and Akari)

- score for the second level is 5000, when your reach 5000 score you pass to the third level and 5 new puzzle are opened in each game (Sudoku, Kakuro, Fitoshiki and Akari)

- score for the third level is 7500, when your reach 7500 score you pass to the frrth level and 5 new puzzle are opened in each game (Sudoku, Kakuro, Fitoshiki and Akari)

- Possibility of backup and recovery of each problem (puzzle) for each Sudoku games Akari Futoshiki and Kakuro.

For more options and problems you can download my paid version: Sudoku Premium Family.