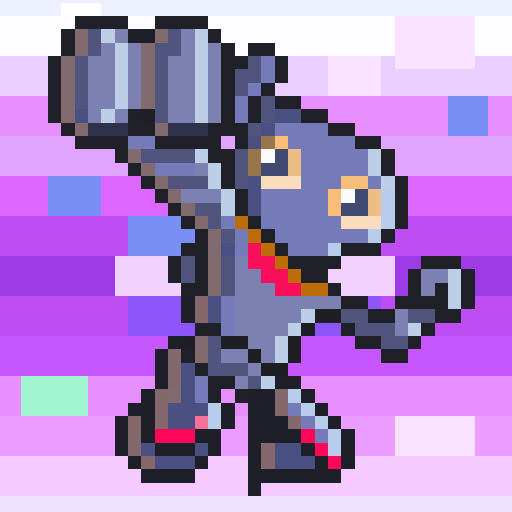 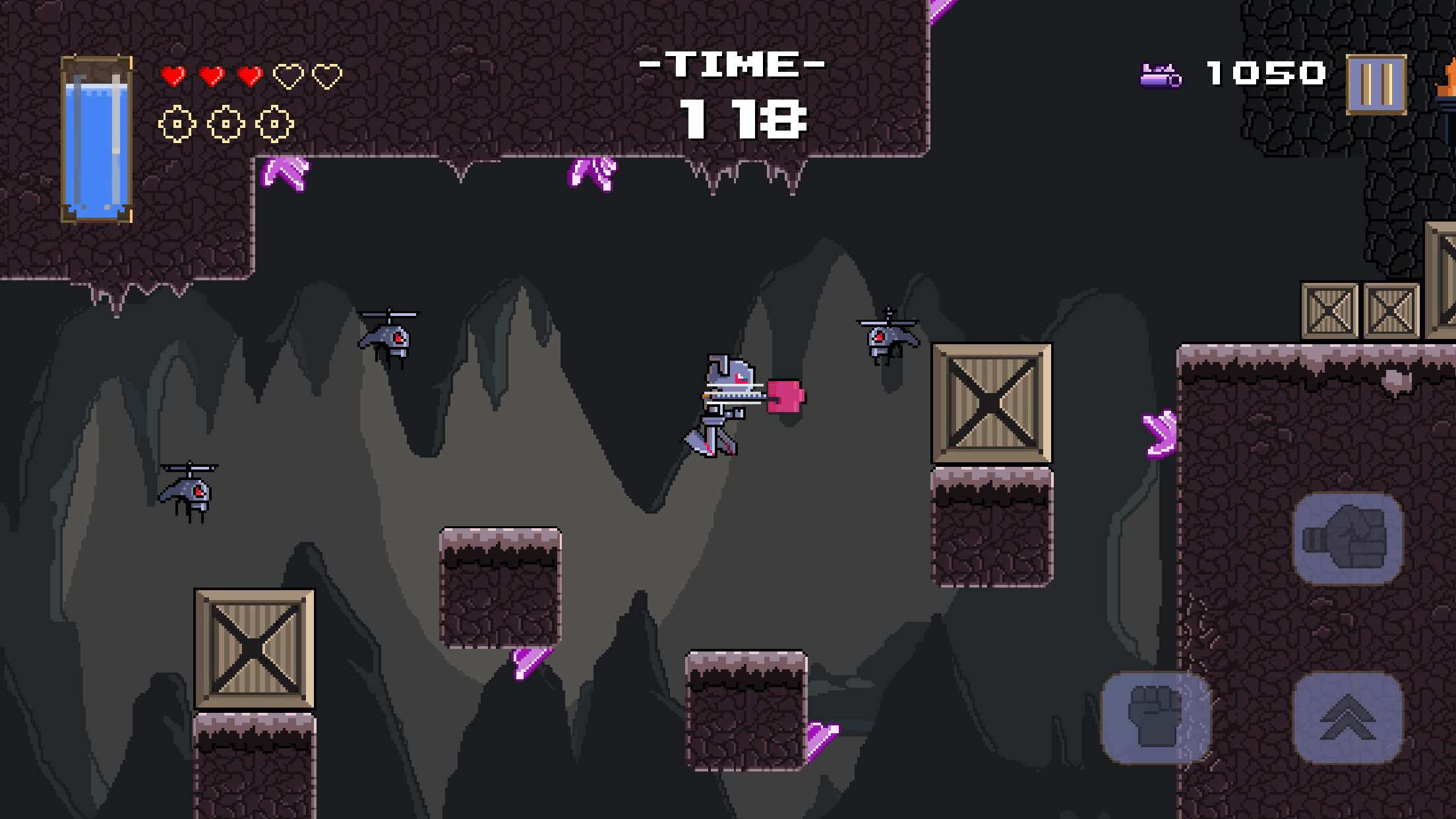 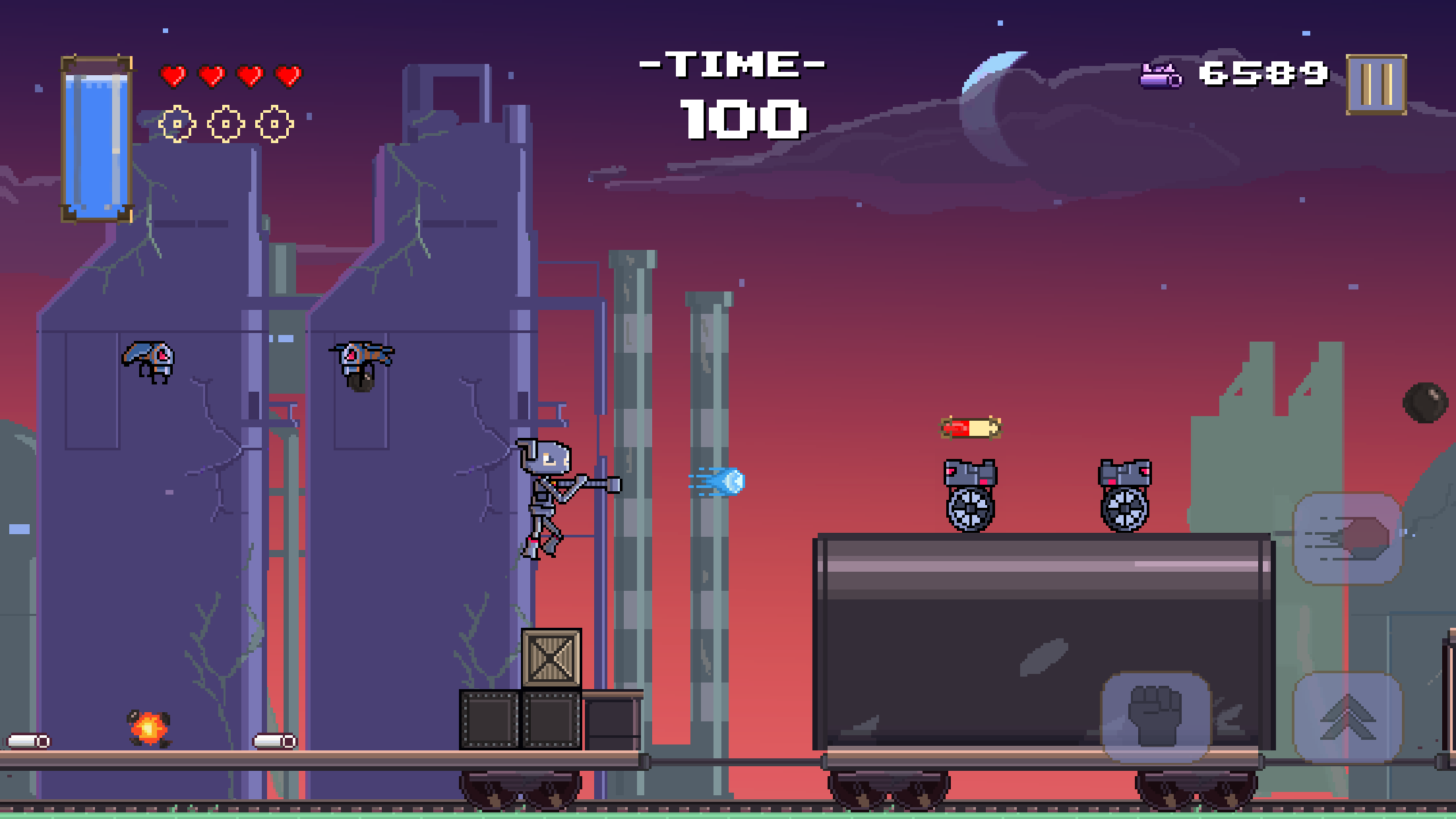 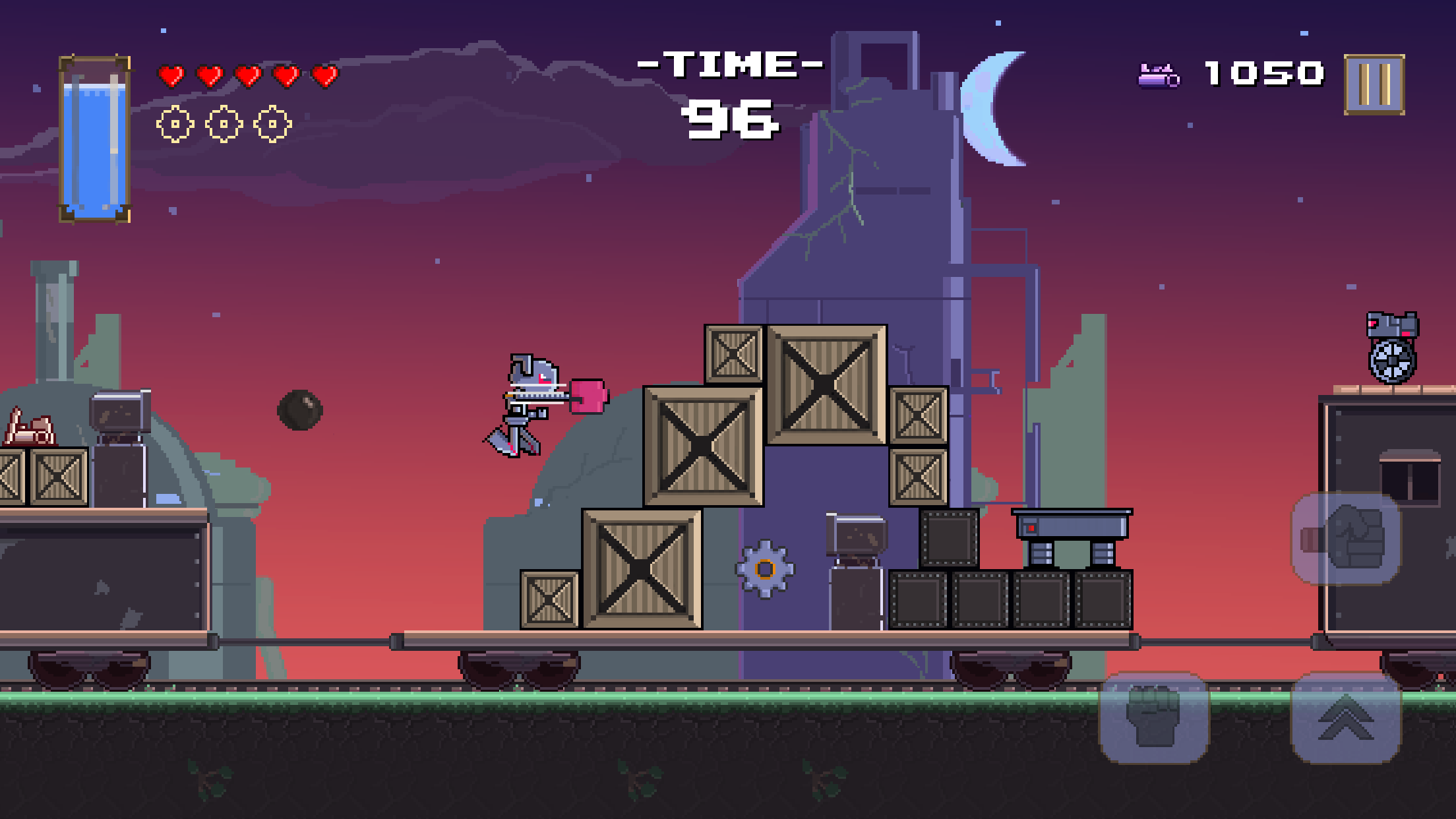 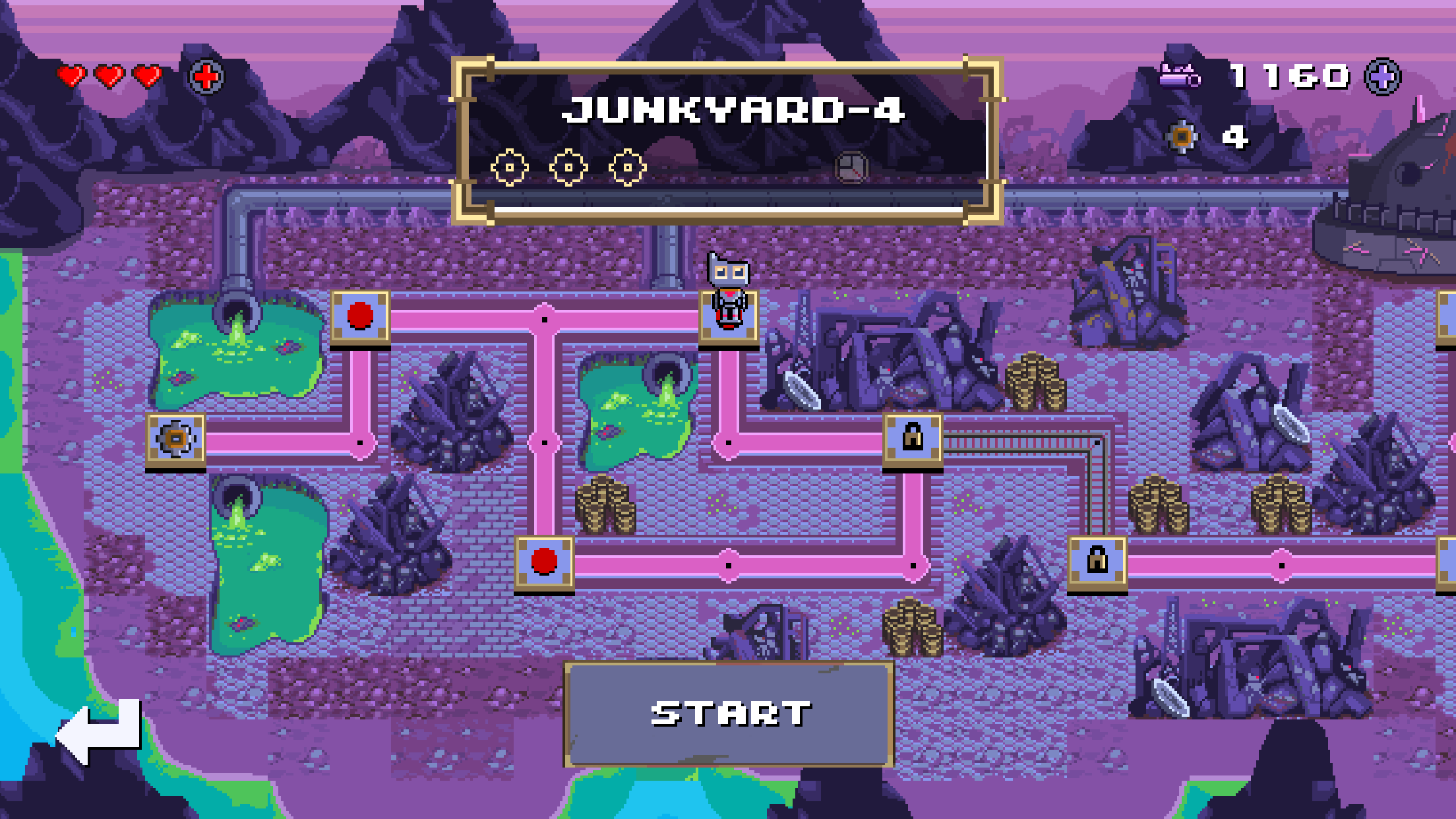 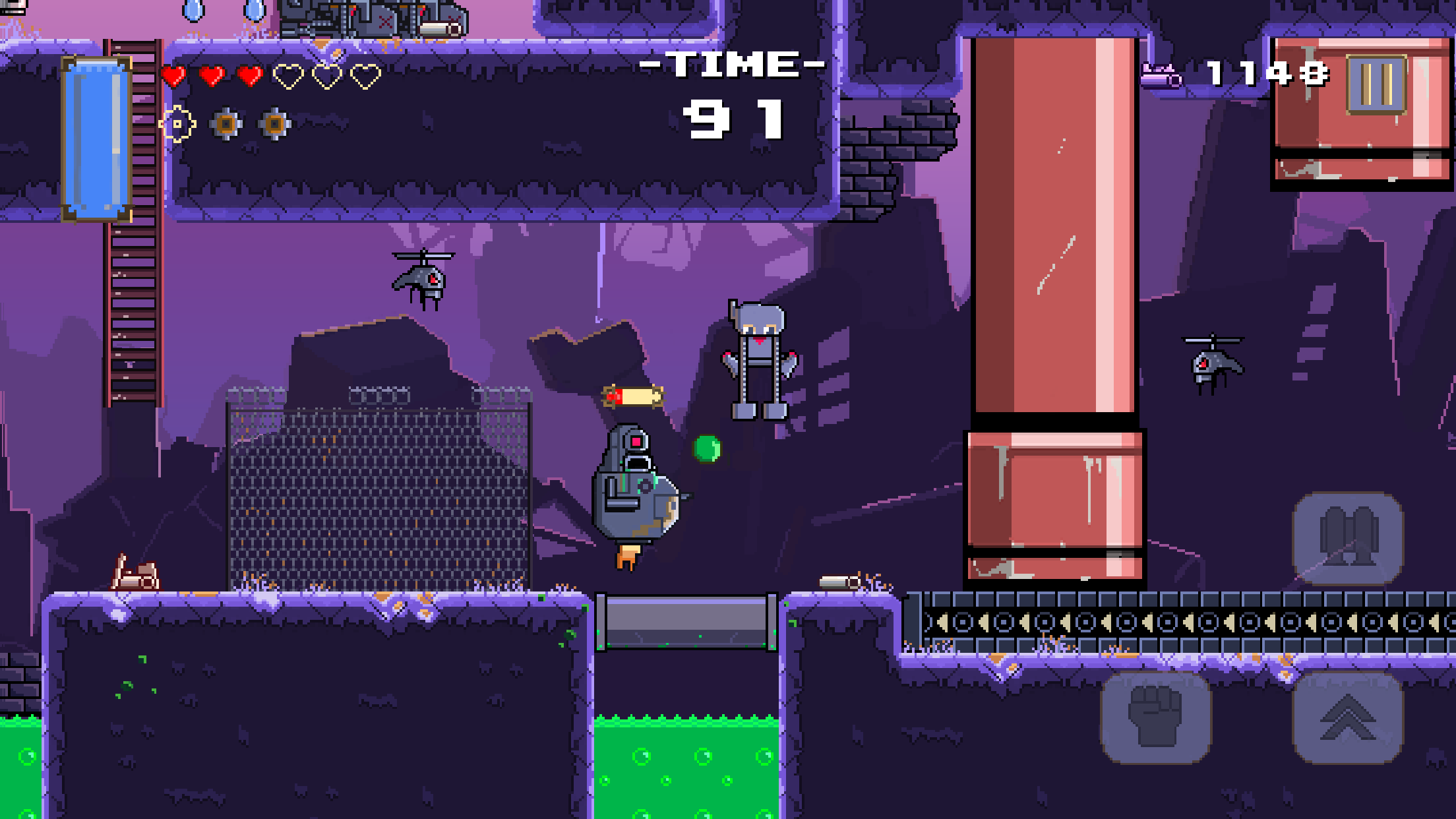 StretchBot is a mobile platformer with tonnes of action, a compelling story and an ear warming soundtrack that will keep players coming back for more. The adventure is set in a rundown world where both steam-punk and cyber-punk aesthetics collide in stunning classic 16-bit pixel art. StretchBot is a tale of technology and destruction presented through the eyes of a steam powered robot named Stretch. Stretch is a third generation StretchBot who has made his living using his powerful retractable arms. Stretch's quest begins when he wakes up in a junkyard surrounded by the horrifying sight of thousands of other similar-faced robots all unceremoniously tossed away. Driven by his need to know why he was decommissioned, he makes his way through the junkyard and enters into a world divided.

A new energy source is being mined from the earth and is quickly replacing the steam powered engines of yesterday. The bots which use the fuel made from crystals are far more powerful and efficient. They are championed by their innovator, a vertically challenged maniac in a lab coat named Kid Scientist. At first the new bots are vigorously accepted in society, until strange things start to happen to the lands that have been mined for the Kid's crystals. The earth seems to rot, the water becomes toxic and almost everything becomes hazardous waste. An opposing force of eco-friendly hackers arise with the mission to stop Kid Scientist before he destroys all life on the planet. Fate pushes Stretch into the spotlight and he becomes the hackers only hope for defeating the Kid and restoring order to the planet's surface. All this resting on just one StretchBot's shiny metallic shoulders? Oh brother.