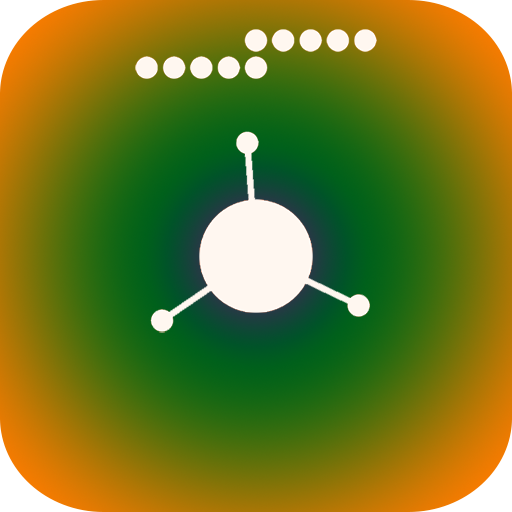 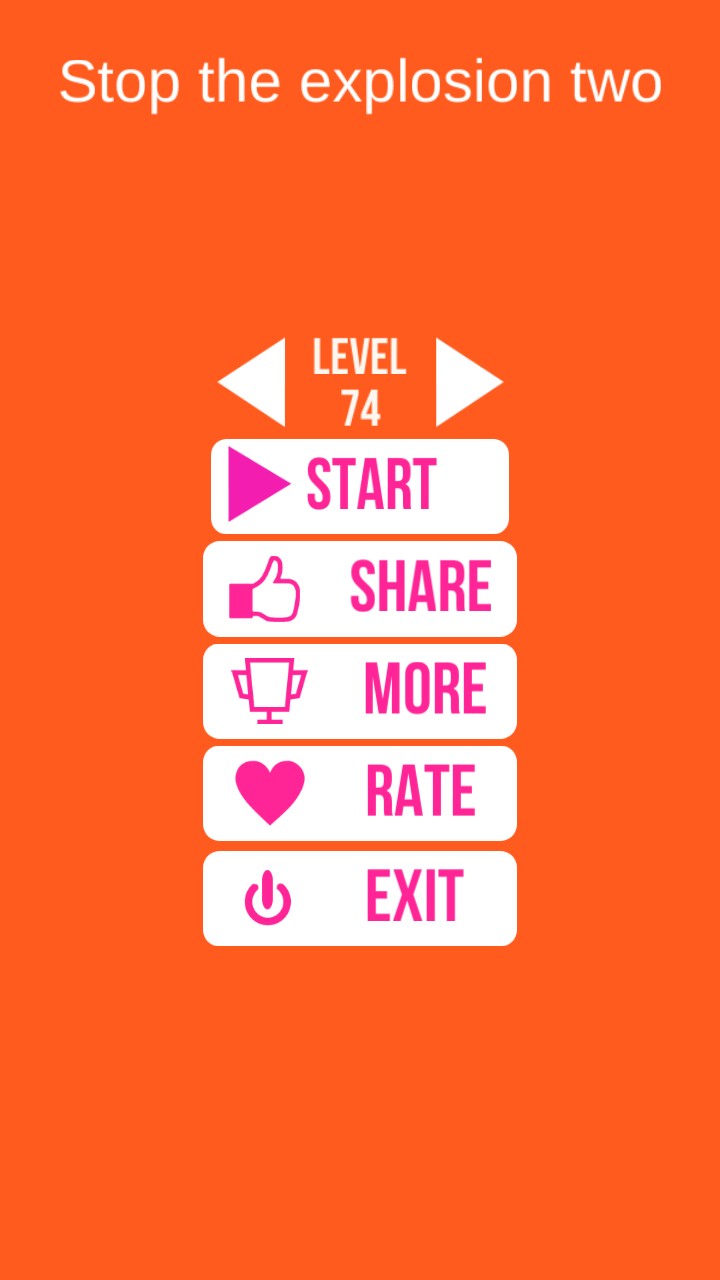 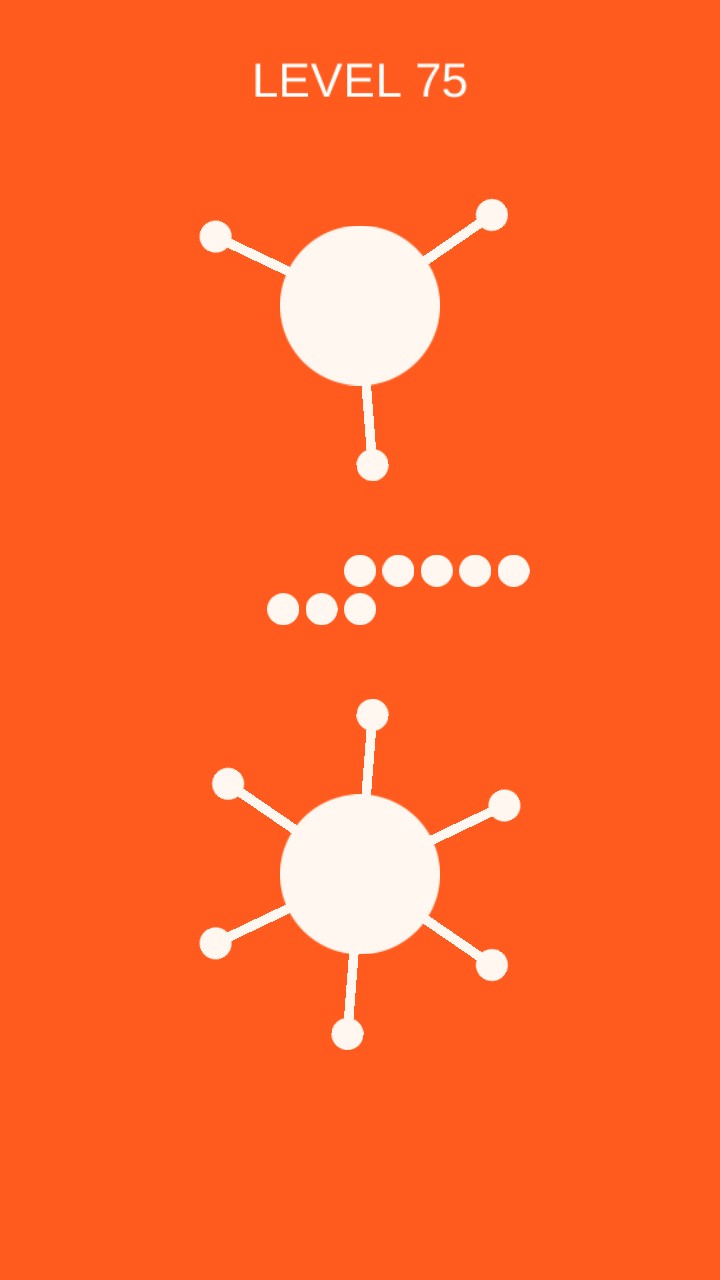 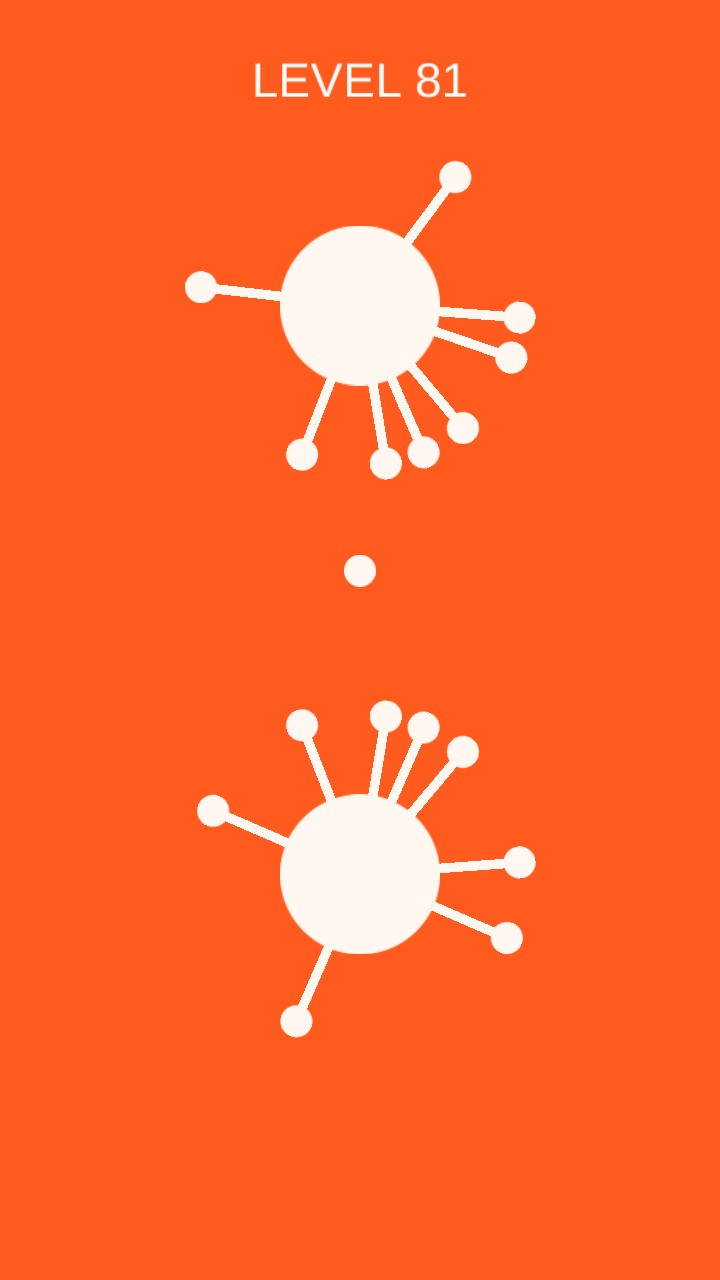 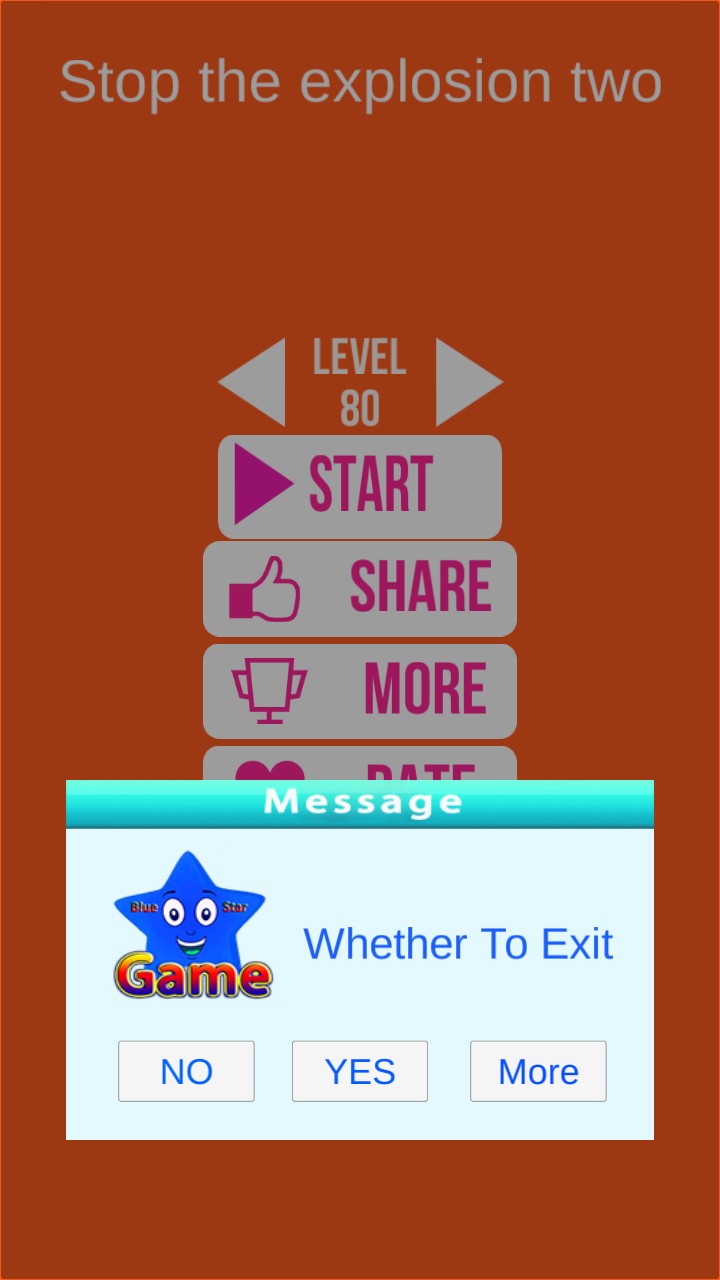 Google Play download this game https://play.google.com/store/apps/details?id=com.bluestar.stopexplosiontwo
《Stop the explosion two》 is a very happy casual games. The game screen is very simple, the center of the orange background, placed two rotating ball, as if the universe in the mysterious planet, just in the launch at any time at the launch.
The game is very simple, when the white ball spin, you only need to click through the screen, to the bottom of the screen there are some balls stick to the ball, all with some ball straight stick can be completed. Seemingly simple operation and play, but would like to let the ball with some balls do not play next to the ball, the game will be announced to the end.
Game features:
- you have to be at the center of the screen, and the top and bottom of the wheel.
Just tap the screen shot point (a top, from the other) to link them to the big wheel.
- if you don't touch anything else, you shooted all the points: you win!
- if one touch the other, you lose!
- more than 1200 challenging levels and a lot of game props.
- don't let the ball collide.
- how many levels can you challenge?
- compete with friends from all over the world.
Such an interesting game, but also, and so on? Invite your lover to challenge them with your friends!