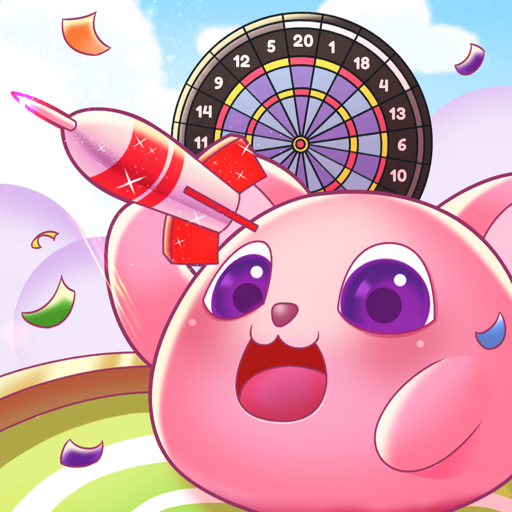 Spinning Darts League - A darts game with a twist

"Spinning Darts League" is a fun addictive darts game, that is easy to learn but challenging to master.

Play with friends or compete online! Spinning Darts League is powered by Skillz to give you a fun and unique multiplayer experience!

Play for fun! Compete against other players to win real world prizes (where available) or virtual currency!

- Aim the dart and flick the screen to throw.

- Decrement the board number to exactly zero to finish a set and collect points.

- Finishing a set with fewer darts will award higher points!

- Firing the double,triple and bullseye rings adds a multiplier to both the dart number decrement and the points awarded.

- Fire fast! You only have 2 minutes to beat your opponent. The player who has the highest points after 2 minutes wins the match.

- Finishing a set using an electric dart will again multiply your points! The electric dart is slowly charged as the match progresses.

• Face off against players of similar skills on the Skillz network!

• Play Head to Head with other players or in large, multiplayer tournaments with actual rewards.

• In head to head games, both players get the same dart board numbers in the same order.

• The player who finishes with the most points wins!

• Challenge people around the world.

• See where you rank on the leaderboards.

• Earn trophies that prove your mettle.

• Compete against other players to win cash or virtual currency prizes.

• Access the amazing loyalty program that rewards you for playing!

• Enter in Cash Tournaments to play against other players for awesome rewards!

• Tournaments are available around the world but are not enabled in the following states: AZ, AR, CT, DE, FL, IL, LA, MD, MT, SC, SD, and TN.

• Even if you don't live in a cash-enabled region, you can still play for fun with our virtual currency!