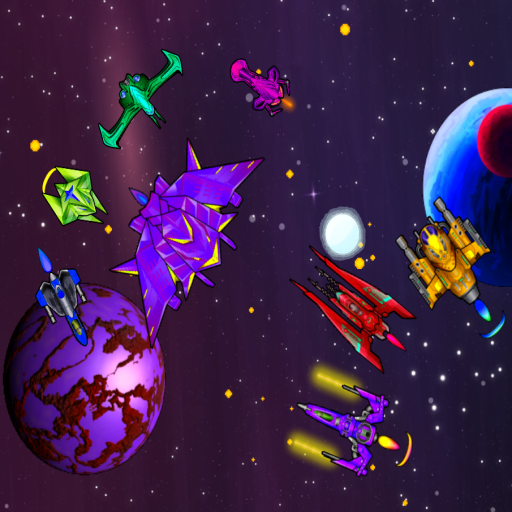 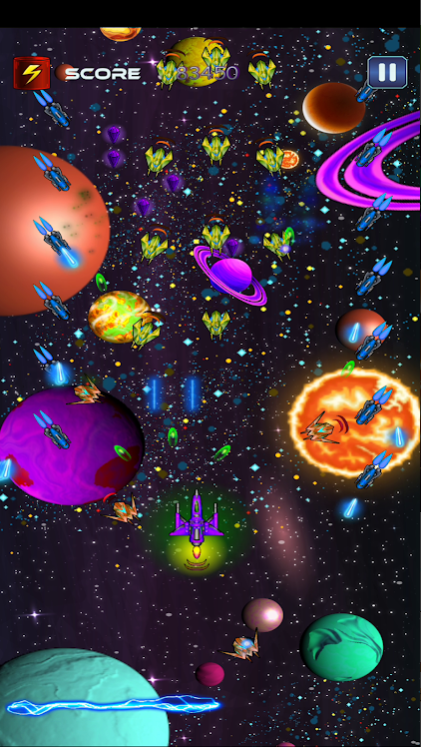 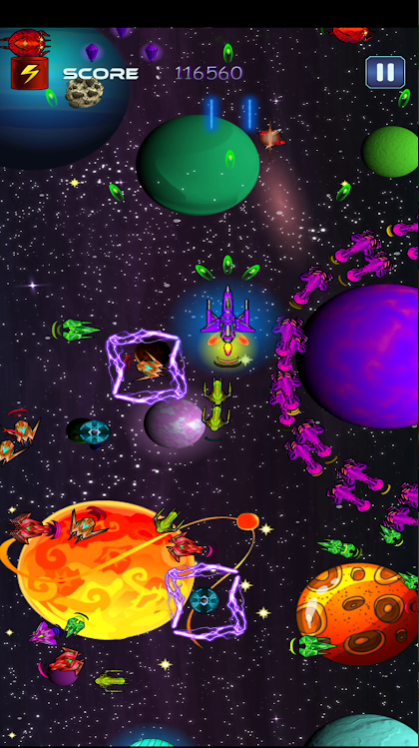 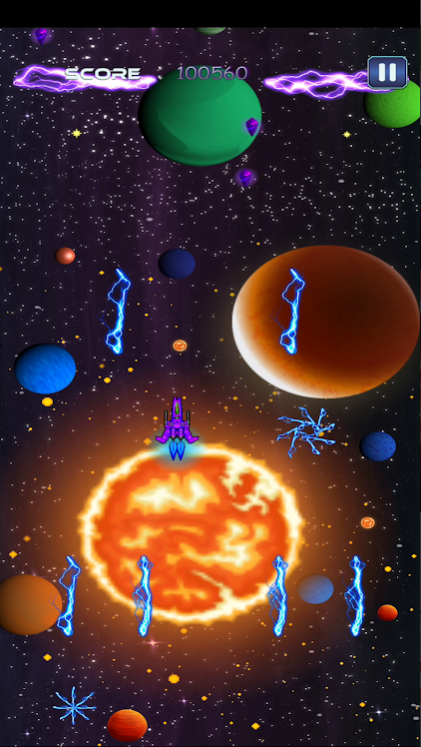 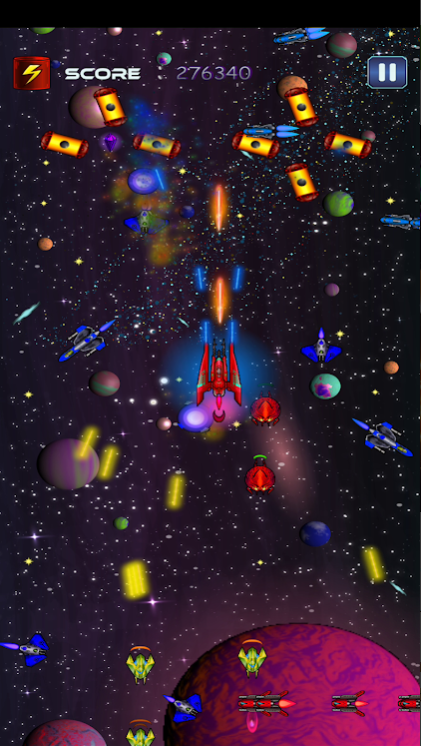 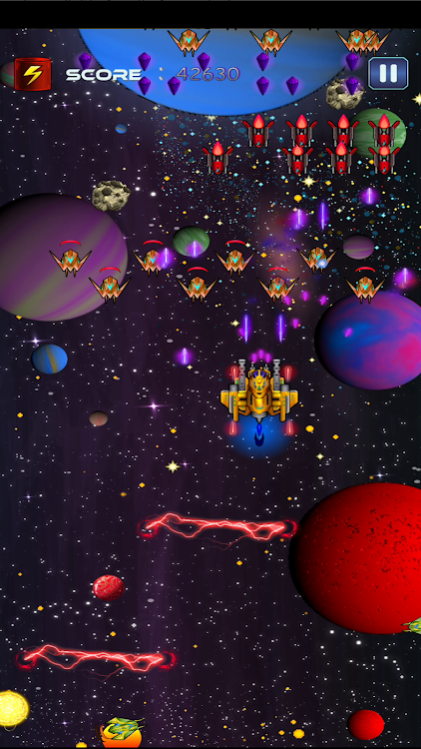 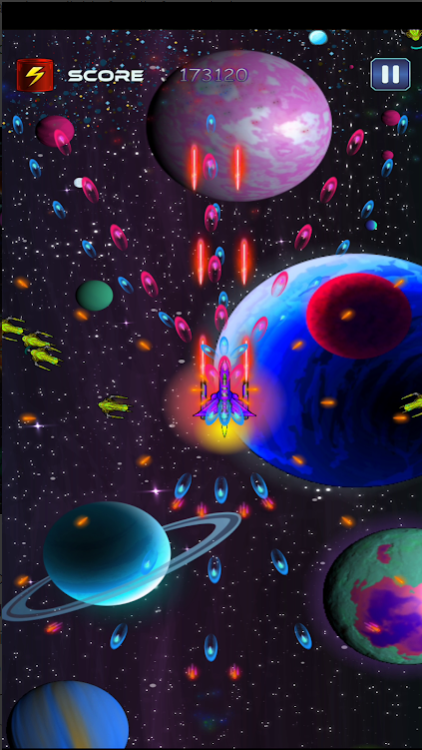 Space Shooter Evolution is a tactical original arcade-style top-down shooter experience shoot'em up. Progress through unique and challenging randomized space alien battle scenes and shoot your way through masses of enemies in this epic.

Collect crystals to unlock the ability to skip to advanced phases of the massive space battle and alien attacks. Unlock spacecraft, buy power-ups, and unlock double rewards until you reach the endgame. Enjoy endless possibilities of untold mixed and randomized scenes, see if you can beat all of the various difficulty levels, boss battles, and game modes.

This game was heavily influenced by arcade legendary games!

Starting the game with two unlocked spaceships, we strongly advise checking out our ships preview section within the hangar from the main menu. Just click the hangar button and then view the spacecraft. Each spaceship has its own unique characteristics. Power-ups are on-demand, replenish with time and are available to be added by visiting the armory, just click power-ups on the main menu.

Additional game modes are fun and addictive, offering an alternative method of playing the game while collecting rewards.

The rank-up system allows you to start the game from an advanced point in space, and reap double rewards as you do. You can also utilize your non-lethal power-ups to gather resources while protecting yourself and even slow down time itself. Some power-ups are only available as collectibles, we'll just keep it as a surprise for the first time you encounter those in space.

It is advised to check out the tutorial first even for the most experienced players since space battles and alien hordes might surprise you more than once in this shmup. Completing the tutorial will get you as ready as possible for conquering the galaxy, repelling the space invaders, and ending these galaxy wars.

Challenge your friends to beat your high score, and even if they do challenge them to collect more crystals than you or beat the game and see the ending.
Surviving this game is definitely not an easy task. You will have to build up your strategy, play style, and tactics to maximize your abilities if you are looking to finish the game or reach the endgame. There are so many playstyles and tactics to crush those aliens' attacks and fleets of galaxian intruders.

Challenging even the most experienced while encouraging the inexperienced to enjoy a space shooter that can be played on any level. It will take a lot of effort, hand-eye coordination, planning, patience, and skills to finish this game but it is possible. We wish you the best of luck and fun times, never give up.

So just a quick summary:
- Survive hordes of enemies.
- Shoot them up or avoid them.
- Activate power-ups on demand.
- Additional game modes.
- Complete boss battles.
- Unlock unique spaceships.
- Rank up to reap double rewards.
- Progress through increasing difficulty levels and stages.
- Try to finish the game and witness the true ending.
- The tutorial is for everyone!

Thanks for playing!
Have fun and good luck.
Your friends at Game Players Studios.