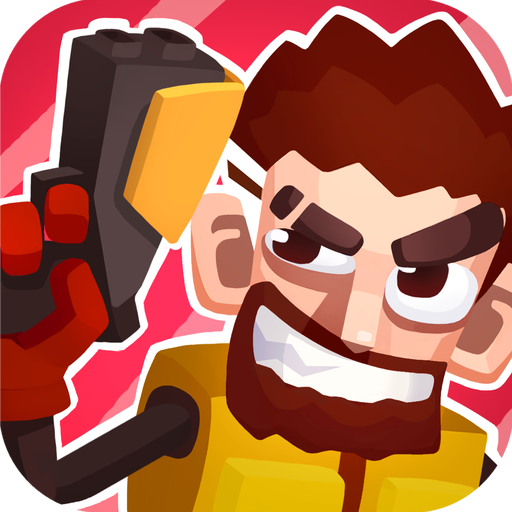 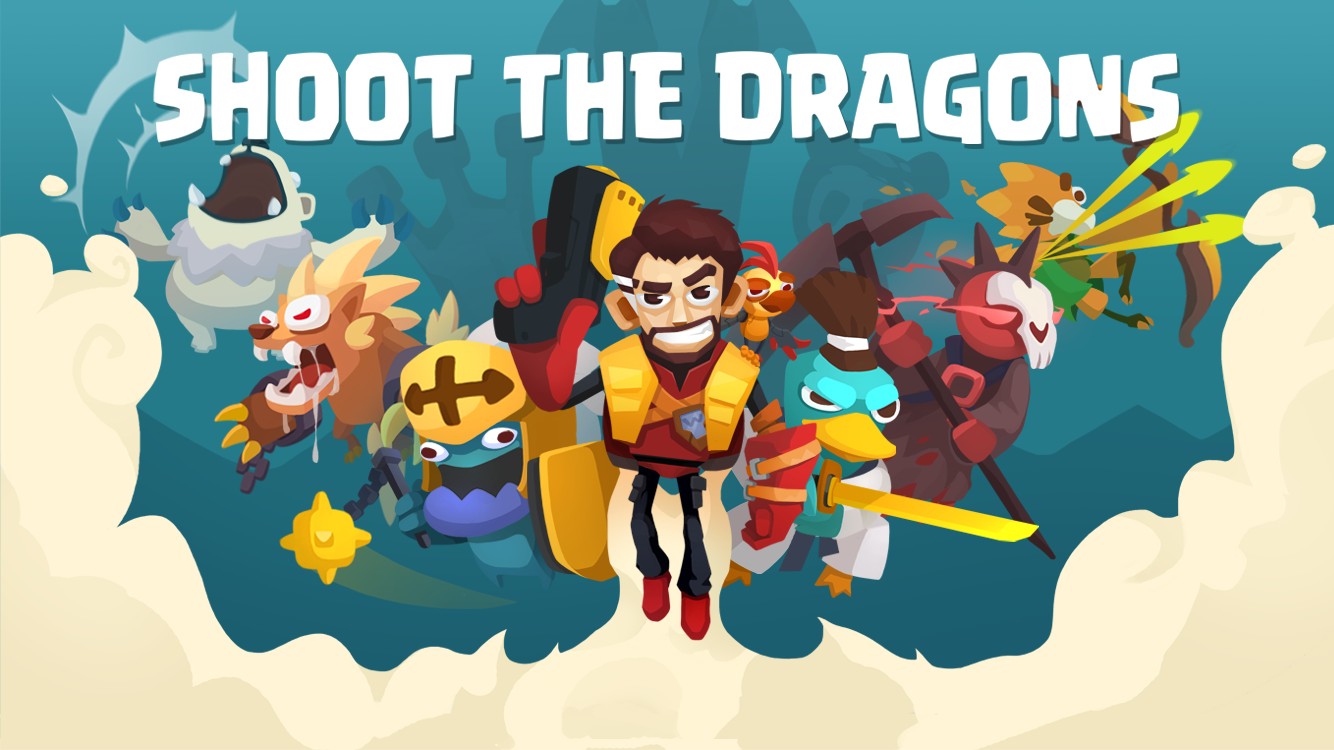 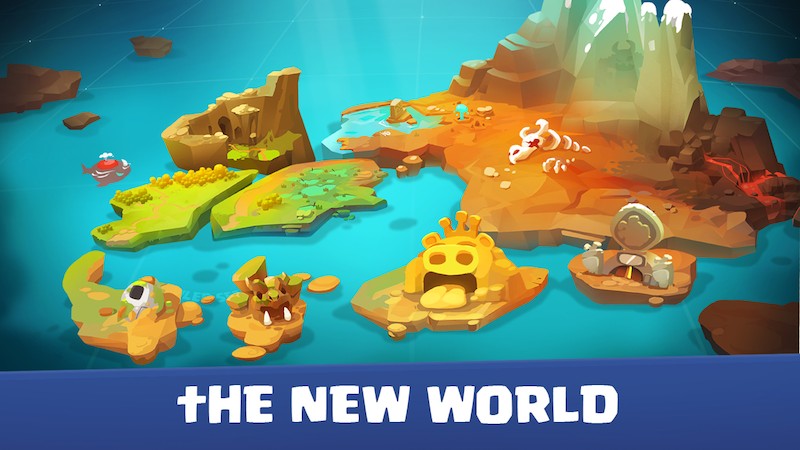 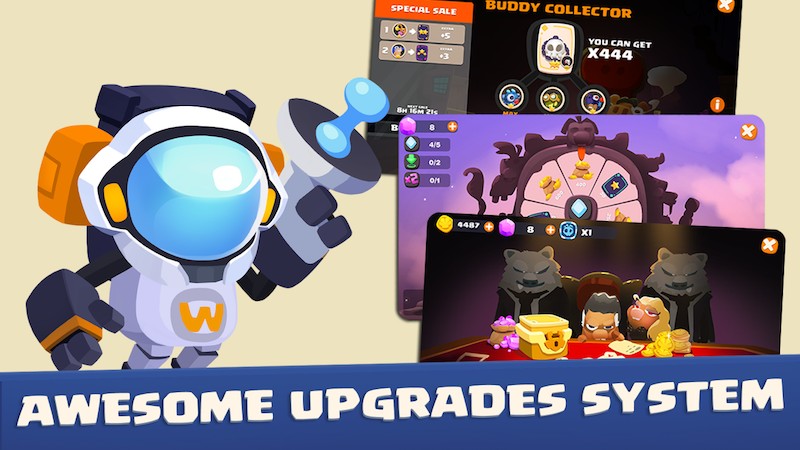 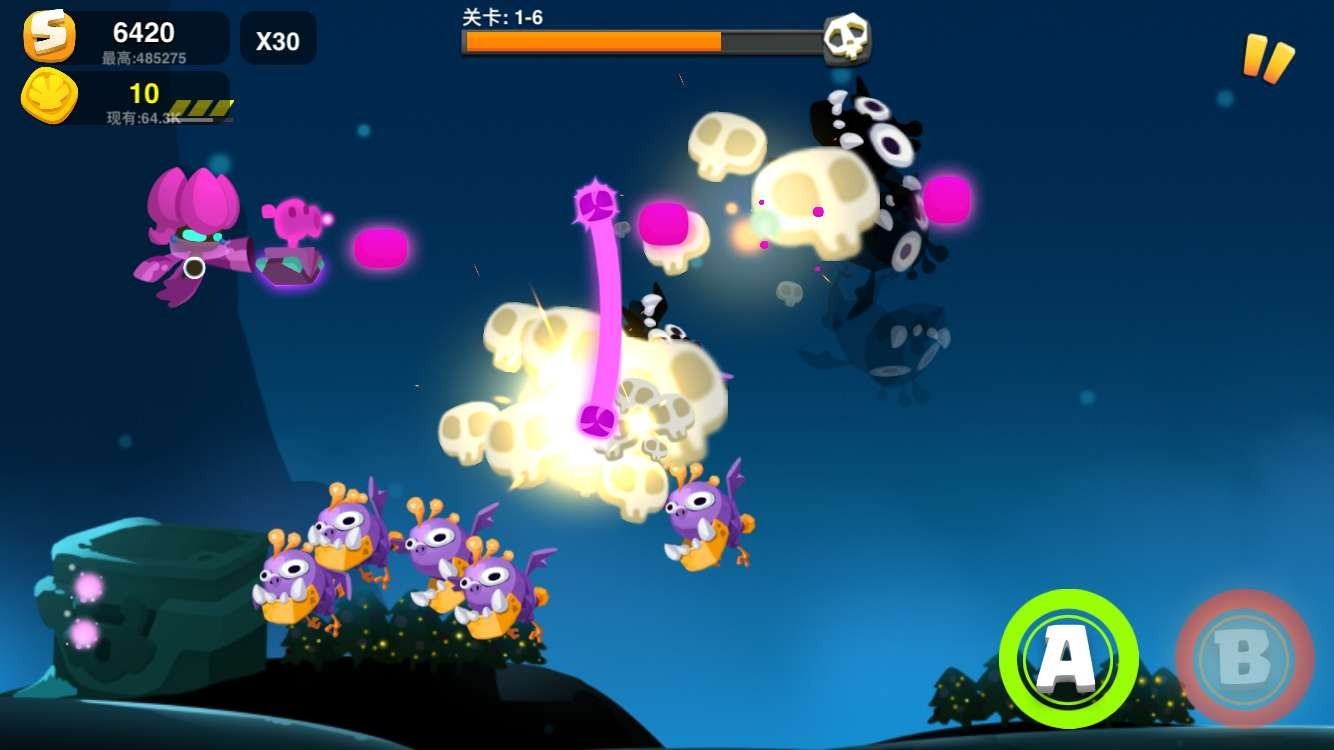 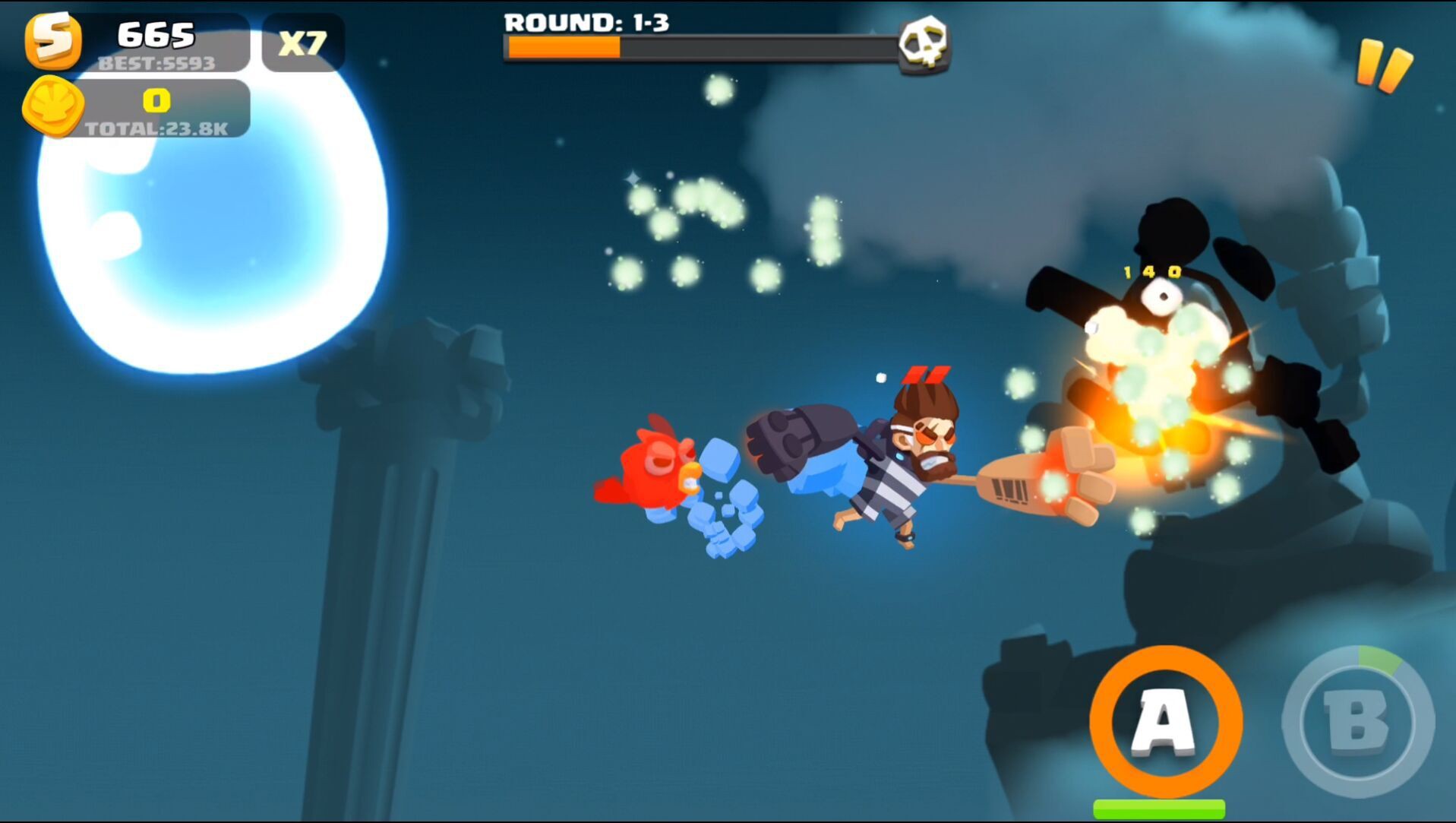 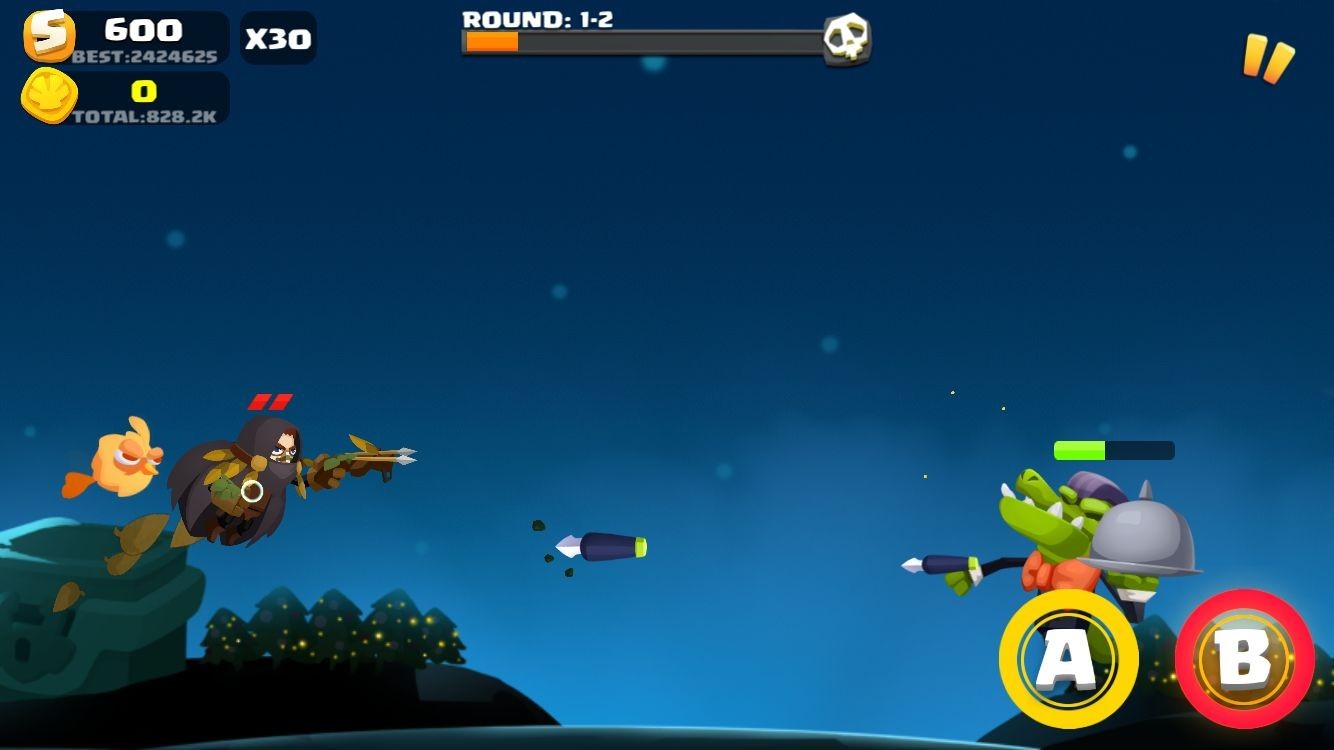 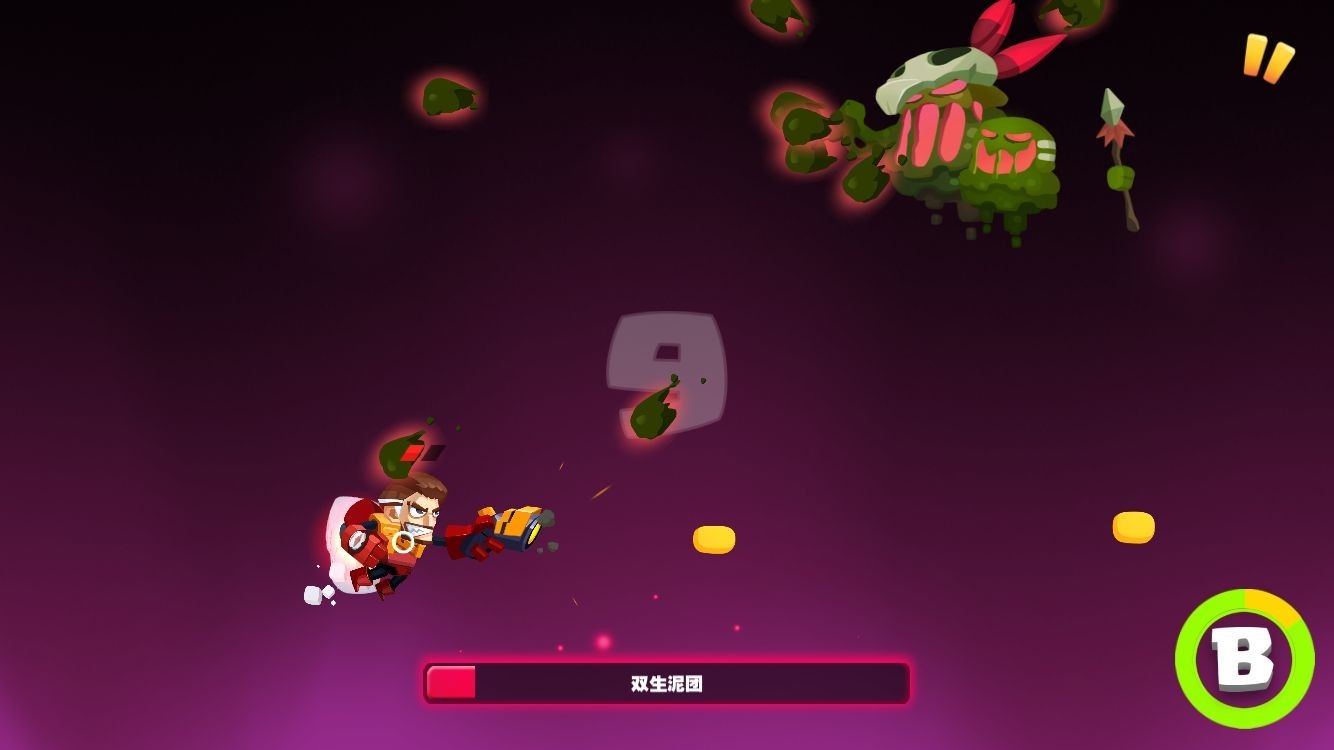 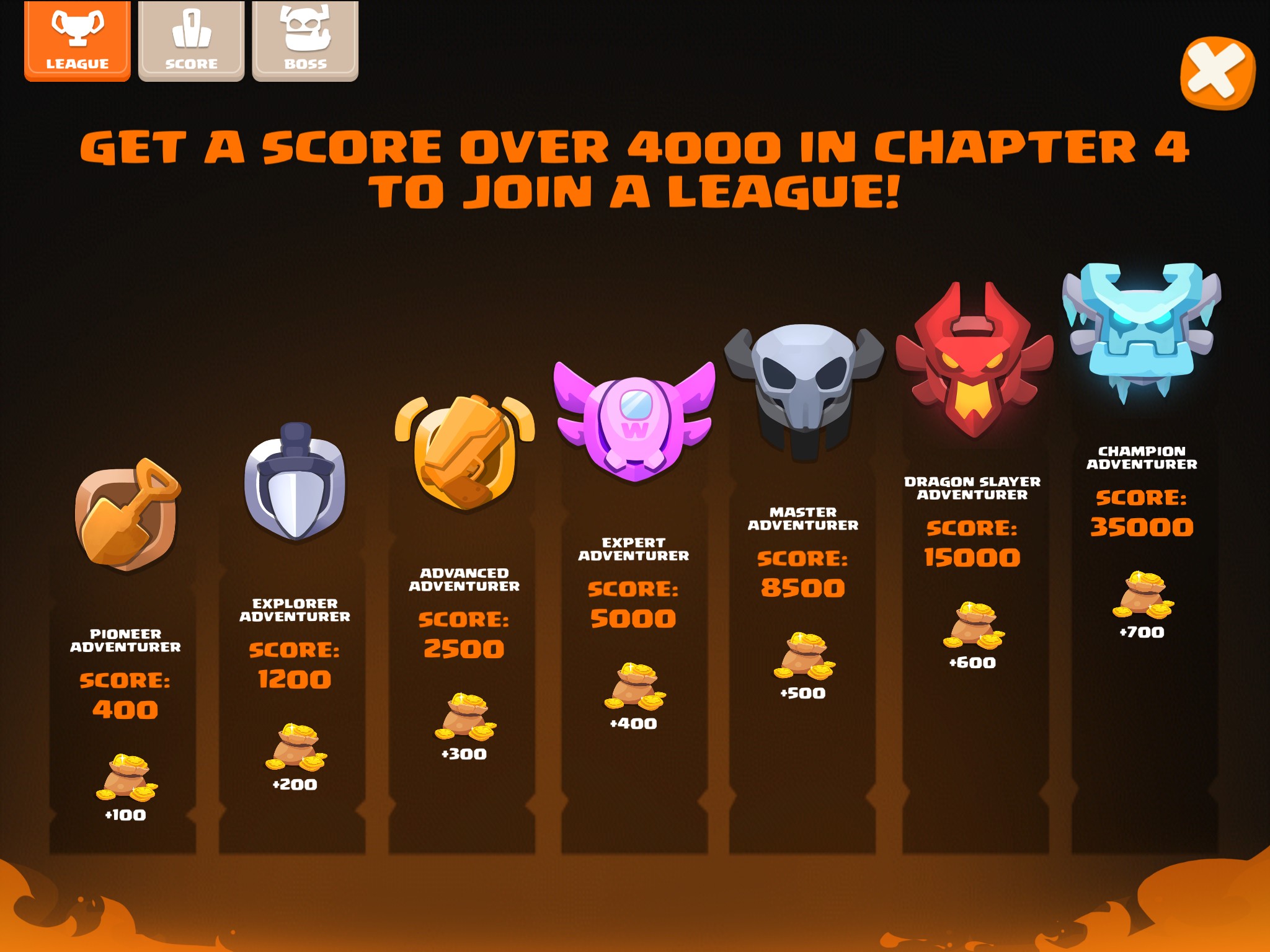 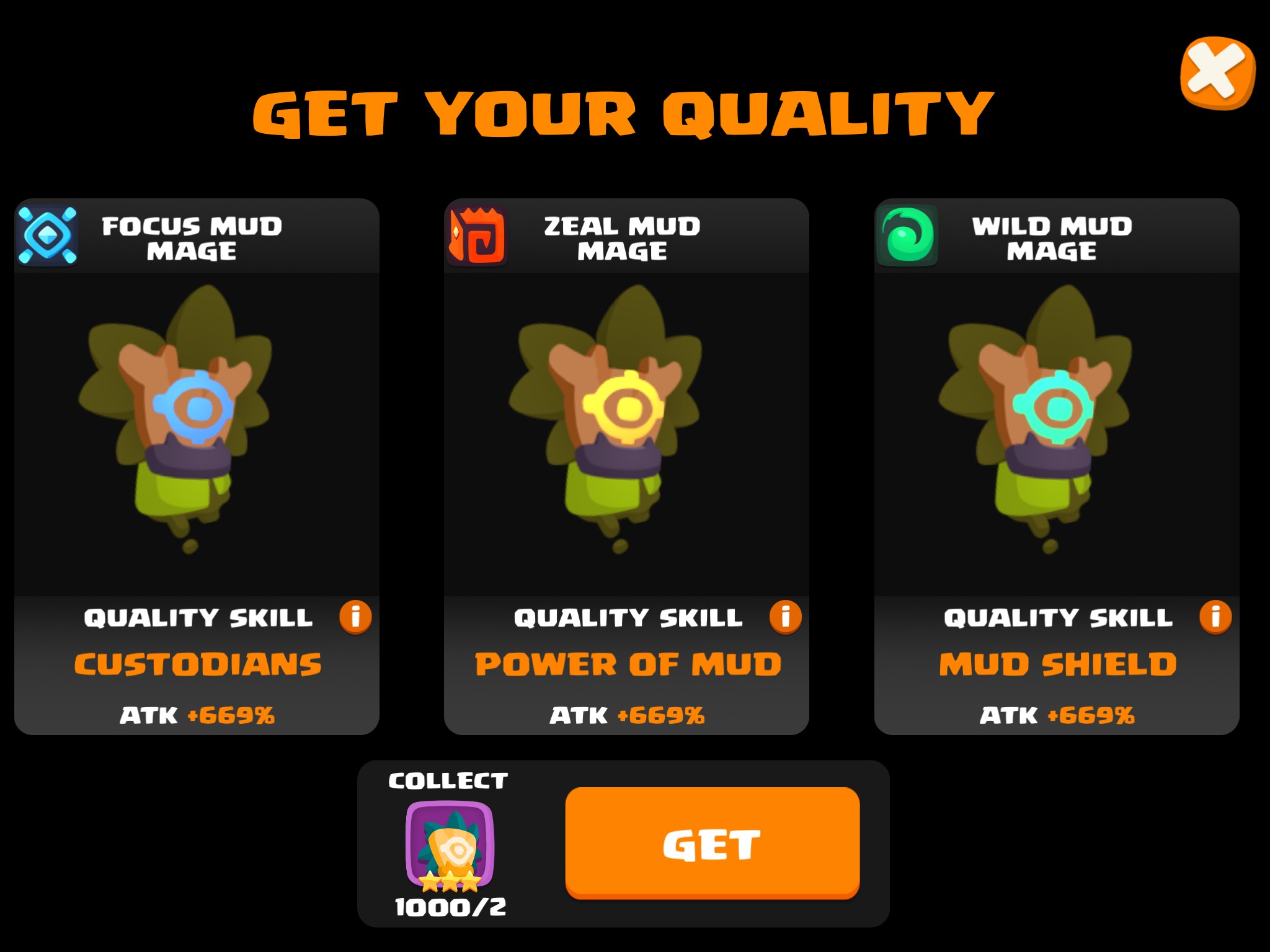 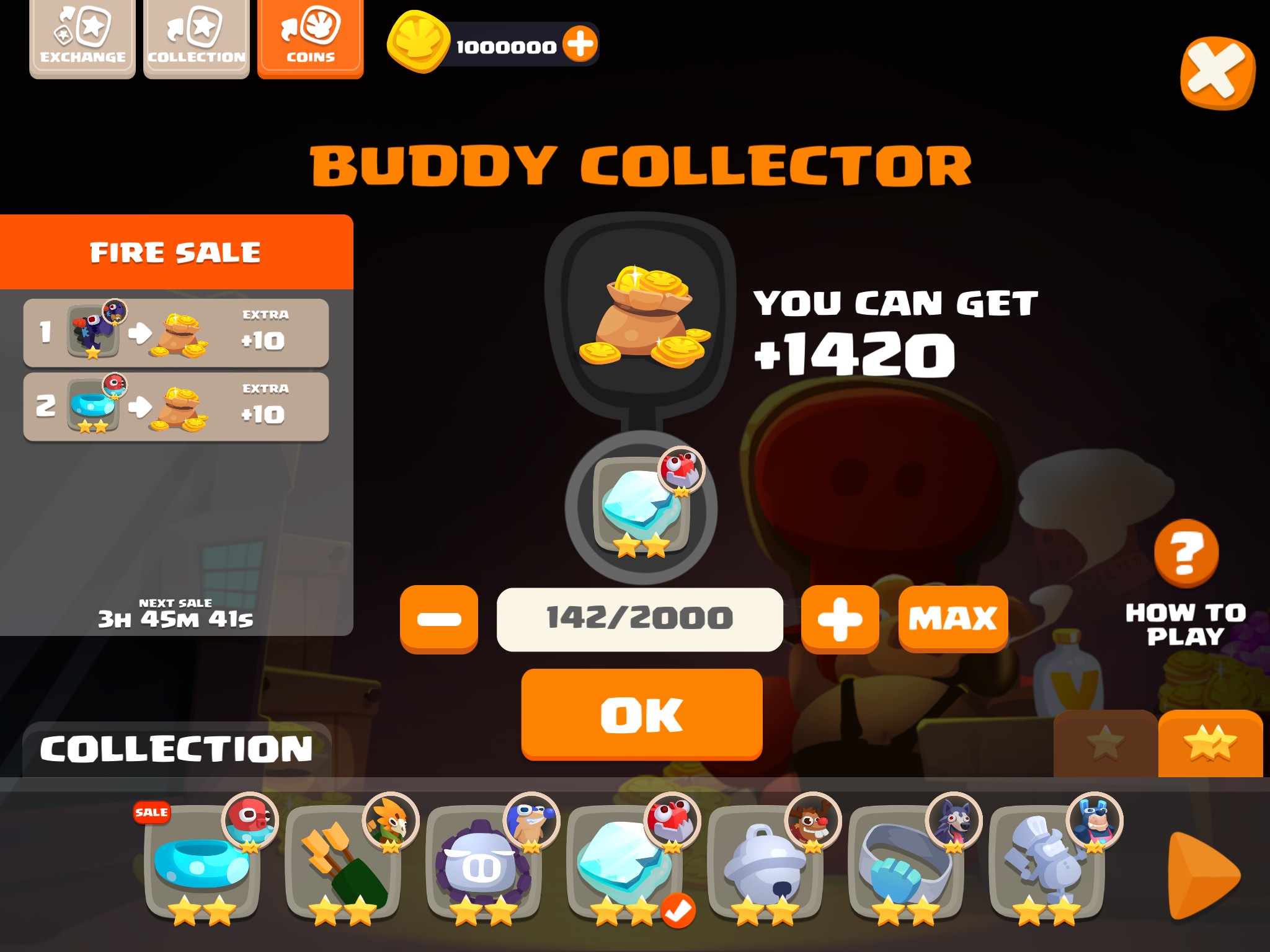 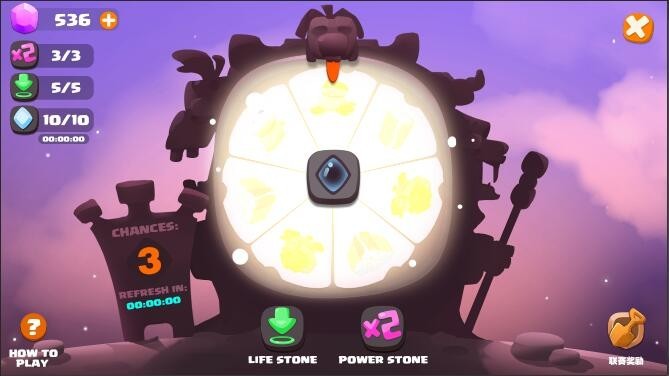 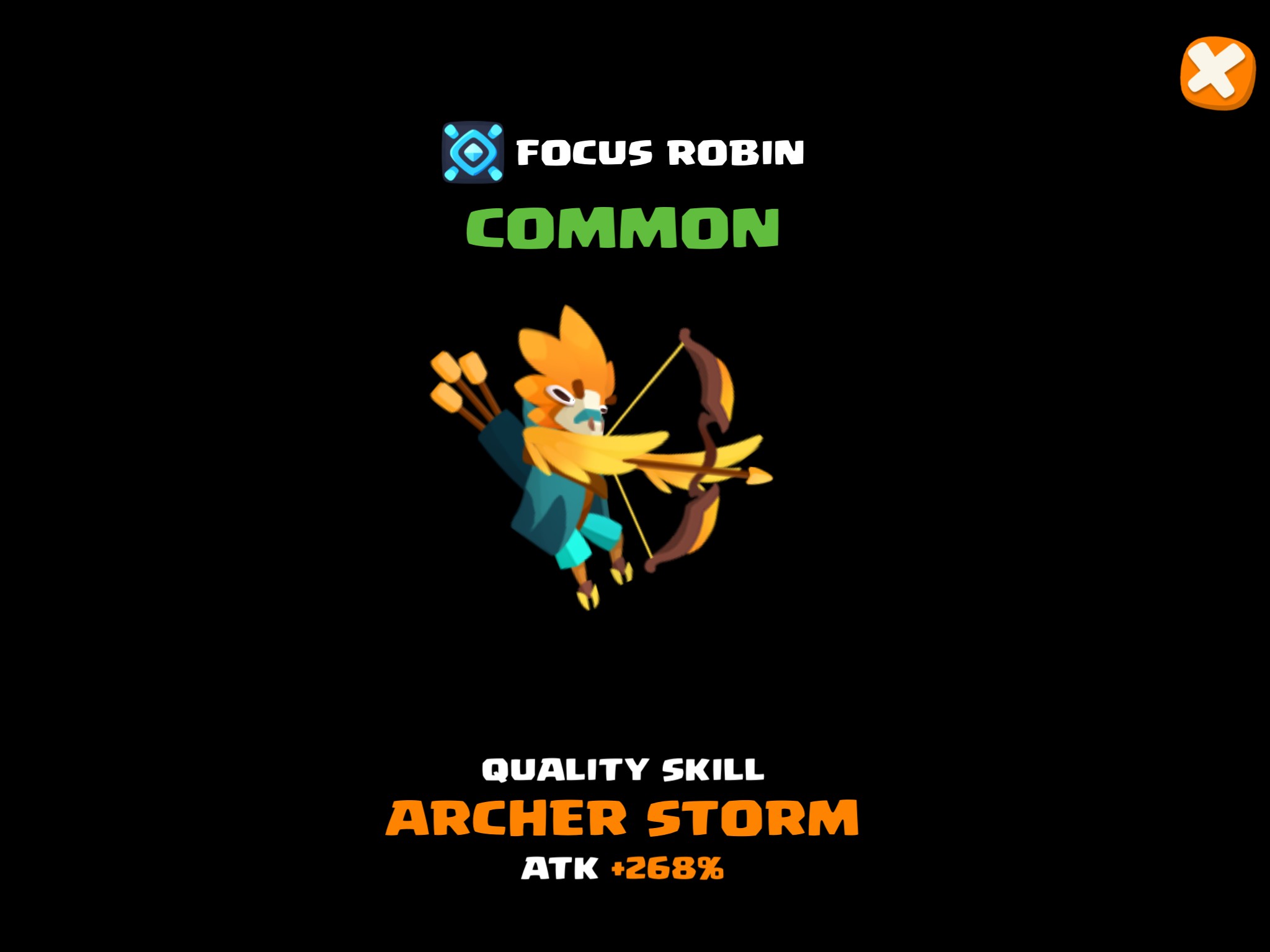 Shoot The Dragons is a good old fashioned sideways scrolling action adventure game up that marries classic gameplay with modern game design. Featuring a cast of kooky and quirky characters, filled with lashings of oddball humour, our unique art style and a dragon or two! Control our hero as he battles his way through the strange world of Pandora helped by a selection of Buddies you can collect and upgrade along the way aiding in his progress.

Some of the game's features -

• Choose from 4 heroes to battle through the dangerous world of Pandora, each with their own upgrades and attacks.

• Over 20 different Buddies to choose from to support your hero on his adventures, all unique and upgradeable in three different trees.

• Dozens of unique minions, elites and end of level bosses to beat in your fights. Beating the Bosses not only brings item drop rewards but also access to the timed leaderboards, access to the Lucky Spin and other bonuses.

• Humorous and absurd art and animation. Pandora is a strange strange world.

• Completely upgradeable Heroes and Buddies. If you have them, then you can upgrade them. Go for upgrade route which suits your style of gameplay best.

• Events - multiple in-game events allowing you the chance to gain extra collection items or gold if you have the skills to complete them.

• Leagues - The game features 7 leagues to progress through. The higher your League the greater your rewards both periodically and linked with other systems like the Lucky Spin.

• 'The Golden Palace' - The place to strike it rich on Pandora. Come here to gamble and hopefully win some collection items or go all out for the jackpots.

• 'Lucky Spin' - Beat any Boss in the main game for a chance to get one of the gems that power the spin. Use it to get a variety of rewards from extra lives to gems or coins.

• A meaningful story with secrets to be unveiled the further you progress in Pandora which is told through comic storyboards.

• Many many mission sets for you to try and complete and nearly 100 achievements to gain, all giving prizes!

• Tonnes of Easter eggs to discover that are paying homage to some of our heroes of yesterday scattered throughout the game.

How is 'Shoot The Dragons' different...?

Compared with the traditional shooter, the biggest difference with 'Shoot the Dragons' is that every battle experience is different. In the game, you have the possibility to choose a different buddy to support you in your fight every time. You can choose which Buddies who best support your play style and match your current tactics. Each Buddy has their own special skill and different attack method. Some Buddies can cause large amounts of damage at close range, others you can transform into that Buddy to become stronger and avoid taking damage. They can completely change your battle style and gameplay even when facing the same Boss again!

The Boss battles are another highlight compared to other 'SHUMP's' as we have multiple phases that every Boss will go through when fighting you, with their own combat rhythm and attack style, which means you need to use different strategies to beat them each round. Some even have a berserk phase which can really test the player's skill. Rather than a bullet hell game, ours is full of many challenges but also is fair.

Due to the varied combination of choices open for upgrades and character options, plus challenging Boss battles, the game may have held some difficulties when first getting started for new players. They could have become frustrated due to a difficulty in passing a particular point in the game. In order to solve this problem, 'Shoot The Dragons' has many independent events within the main game. All these events have special gameplay and offer a good selection of rewards upon completion, which help towards players updating their Buddies or Hero which allows them to break through any obstacles to their progression.

* Veteran players of the game avoiding boredom of repetition -

One of the biggest problems for the traditional Shump games is that the players become bored after long term play or decide to end the game due to the high level of grinding through repeating waves of baddies, 'another' level or even fighting the boss. 'Shoot The Dragons' combats this issue in several ways.

First off, each week we change the bosses attack style, meaning players will face a new challenge and have to develop new tactics to again. On top of this, players can get abundant amounts of rewards each week by defeating various Bosses through the Boss Leaderboards. The quicker the time they manage to defeat any of the bosses the better the rewards received.

To go with this, there is also a League system. Seven different Leagues to progress through based on your score. These Leagues reset every three weeks and when they do will generate more rewards

Lastly, we have 'The Lucky Palace' and  'Lucky Spin'  It's here that players have the chance to win many of the game's resources needed for upgrading either the character or his Buddies in one of the many different ways that are available (Quality, Level ups and Attack Power).

However, your luck is the important element when playing as how you do is down to the fates.

Lucky Spin is run by tokens which you accrue through beating the Bosses in the main game. Use these to spin the wheel and generate a prize.

The Lucky Palace is where you can gamble your items for better items, win and then have the chance to make a second gamble for the jackpot prizes.

The whole world of Pandora, from its heroes to its villains has their own story. The further the player progresses through the game the more he will learn about the happenings of this strange world.

We tell these stories through comic storyboards that appear in the game. Learn both the history of the characters but also see how the story unfolds the deeper you go.

We believe that a mobile game can also have just as much thought put into the story as any other game, it just needs to be told differently.