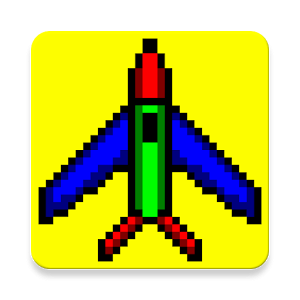 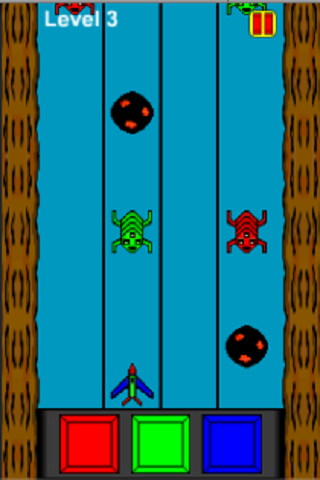 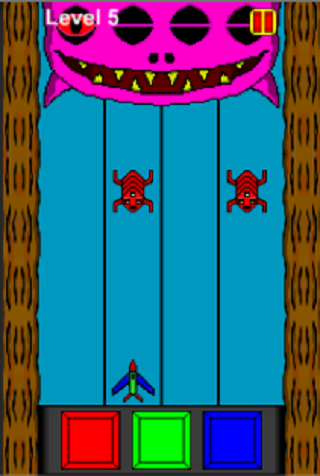 Want to test your reflexes? Try out RGB Shooter now and embark on this colorful adventure! RGB Shooter is no typical shooter game; you have to shoot red, green or blue bullets depending on the color of the enemies. Also, not all enemies can be destroyed; objects of other colors such as black rocks cannot be destroyed, leaving you no other choice except for dodging them. Are you quick enough to shoot the correct colored bullet and dodge at the same time before the enemy reaches you? Or will the colors red, green and blue be the source of your undoing?

RGB Shooter is simple and fun shooter game that is made for gamers of all ages. With its pixel graphics and 8bit music, it serves as a tribute to retro gaming and helps relieve the childhood of those who grew up with old school games. From disappearing enemies and indestructible rocks to powerful bosses with mind-boggling attacks, RGB Shooter will no doubt put your gaming reflexes to the test!

Here are its main features:

- Test of reflexes. RGB Shooter's gameplay is very simple; the player controls a jet that can move between 4 lanes and shoot bullets at incoming enemies. The catch however is that the player must shoot the right colored bullet at the right enemies to kill them before they reach and destroy the jet. This will put the player's reflexes to the test by having them tap the right color in time.

- Dozens of levels. There are 25 different levels that can be played in this game, each increasing in difficulty as the player progresses. Faster and trickier enemies will really test your reflexes as there are no second chances or checkpoints in a level; death equals to restarting the level.

- Boss Battles. Every 5 levels, the player will face against a powerful boss monster that has a wide range of shenanigans up their sleeves. This makes the game more fun and challenging as fighting a boss is not nearly as straightforward as facing regular enemies.

- Extra modes. Finished all the levels? Not to worry, there are more modes that can be unlocked and played after the player has beaten the game. These modes involve getting a high score which will test not just reflexes but also the endurance of the player.

- 100% Free to Play! RGB Shooter is a completely free game with zero in-app purchases. Everyone can play without having to pay a cent!