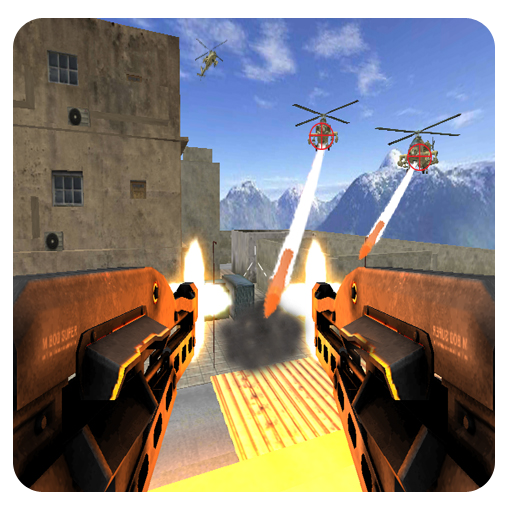 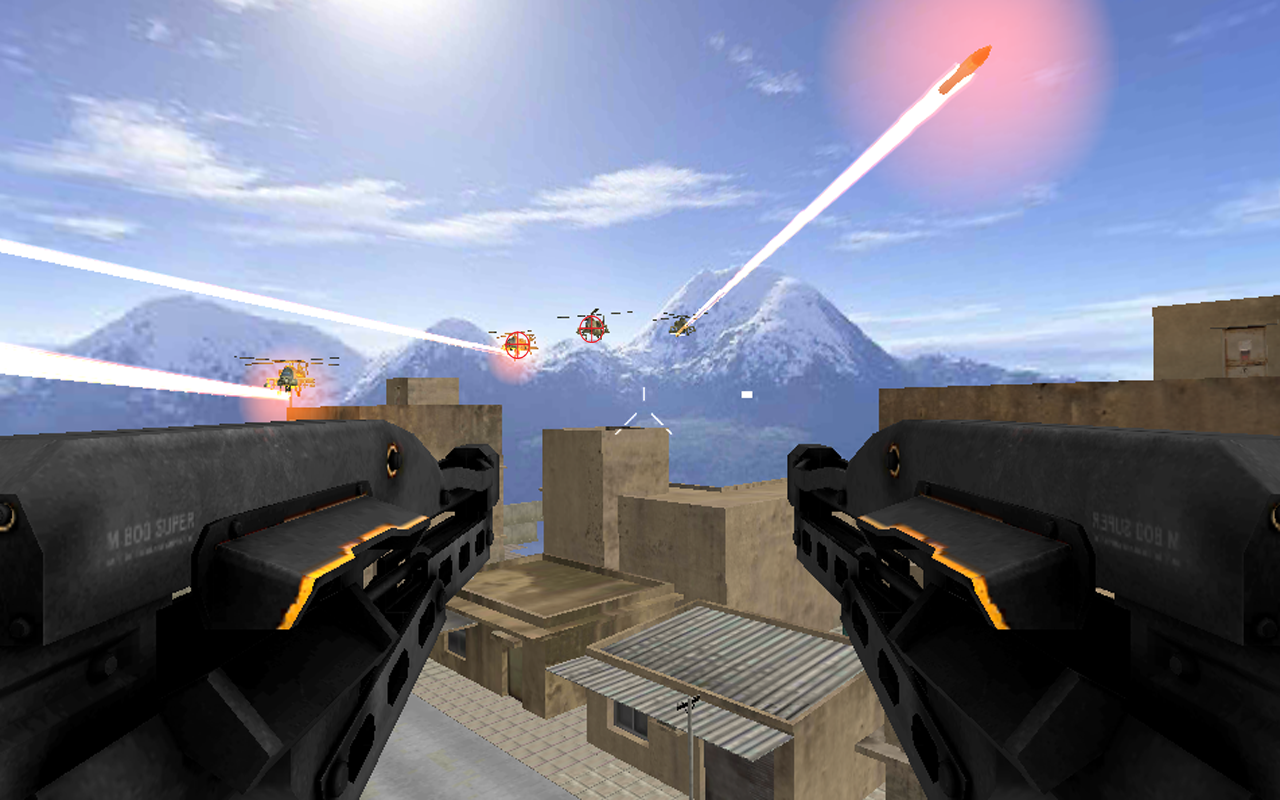 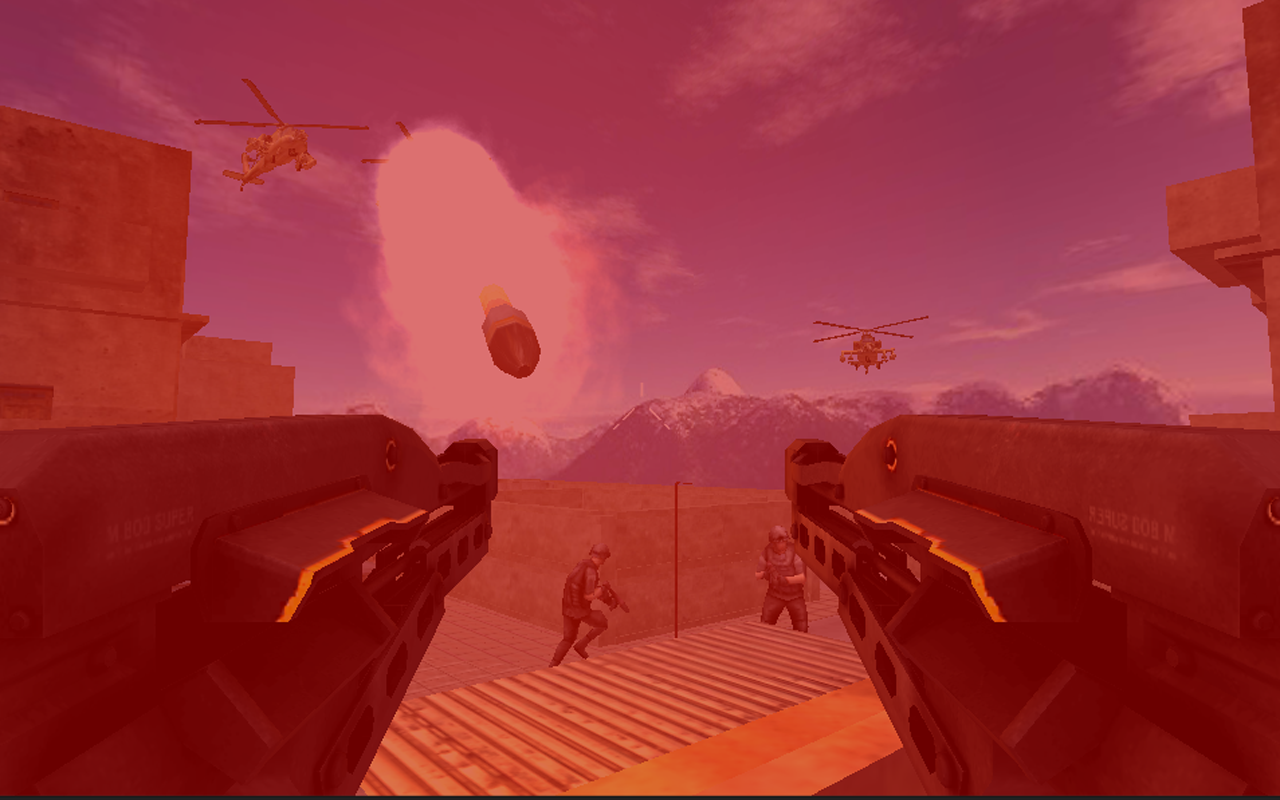 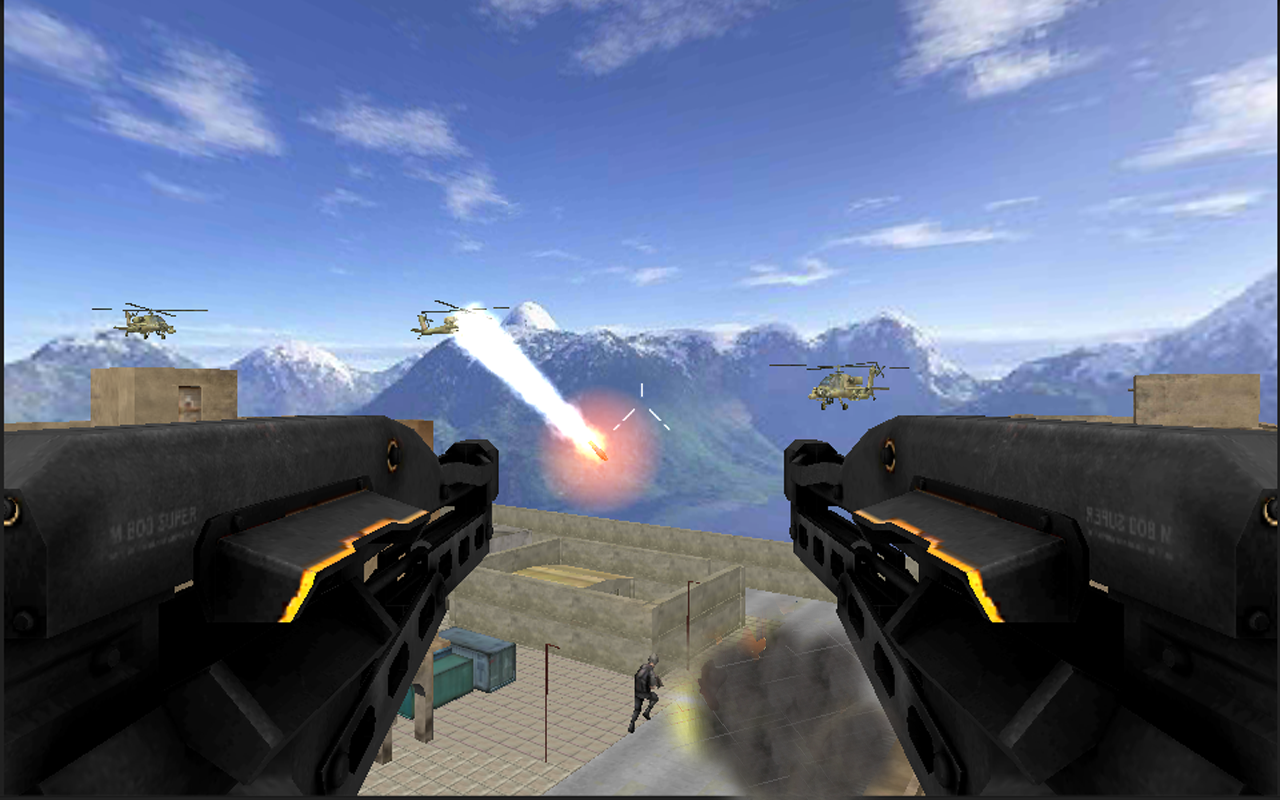 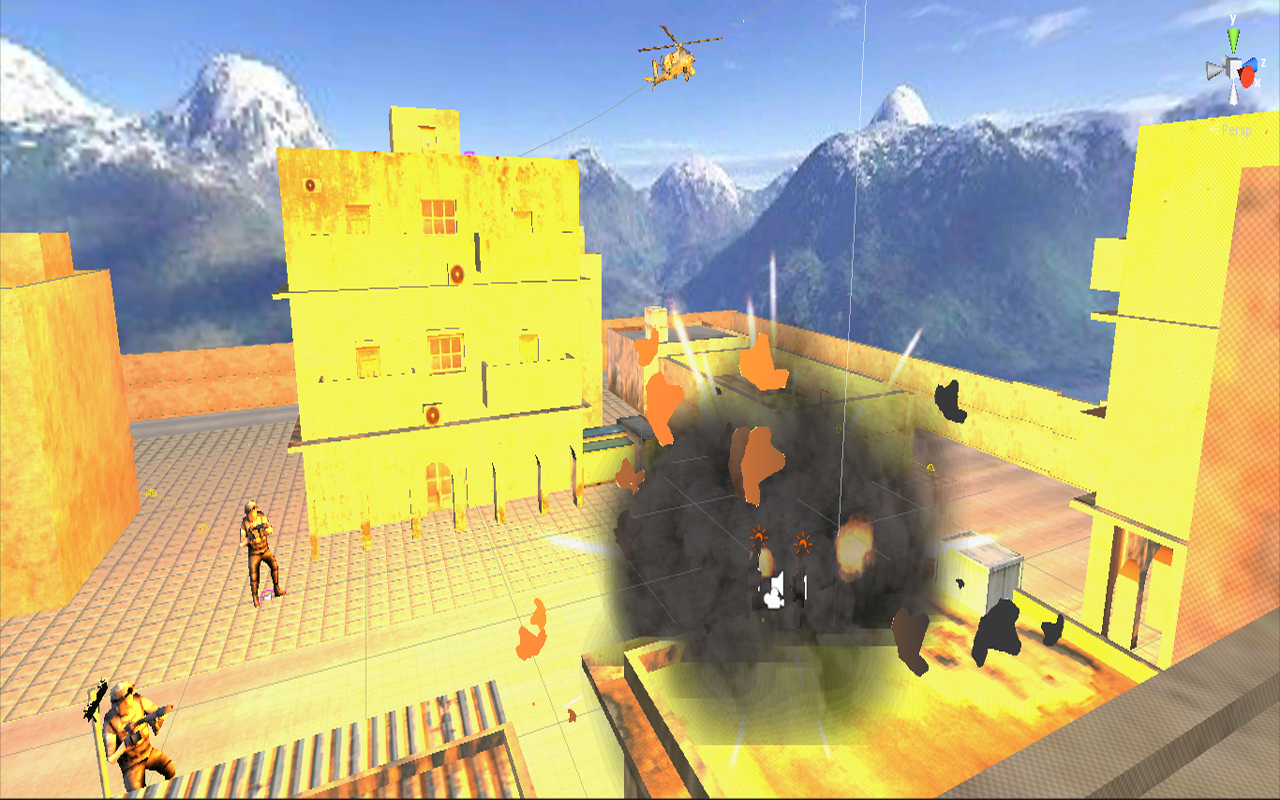 First of all let me introduce my game whose name is Real Modern War Heli Combat. In this game you are a Soldier and some aircrafts ,Gunships and enemies attacks on your base camp and you have to defend your base camp with given weapons.
You left alone in this Real Modern War Heli Combat game. So as a Soldier you have to be brave and should have skills to defend you and your base camp from enemies. You also have limited variety of weapons but you have enough access of bullets so you can defend yourself.
The given gun have accurate aim to focus on target so you have to move it smooth to aim on the target. And also it could strike back to attacking helicopter and will destroy it. If you love and enjoy to hit Gunships then this game will be your best choice. It also produce some great effects of Helicopter Explosion.
In this Real Modern War Heli Combat game you try to defend yourself from Helicopters and Gunships first because they launch a big missile towards your base so your health damaged badly. So try to finish them first and then defend yourself from enemy soldiers. Different number of Helicopters and enemy soldiers will come on different game levels. And in each Level, Helicopter will stop on some specific point in the air and will strike to you with missiles. And when there will be no missile left in helicopter gun, then helicopter will move towards Enemy base and will reload its gun and came back again to attack over you.

The game have great Environment and 3D graphics. Also it has good sound effects to entertain you. Each Level have some special tasks to make this Real Modern War Heli Combat Game more interesting. And this game is totally free of cost in Google Play Store.
We respect our users Feedbacks and Suggestions. So feel free to give feedbacks and suggestions. And in case of any query contact us on given email address. We will happy to help you out. Thanks for Your support and time.