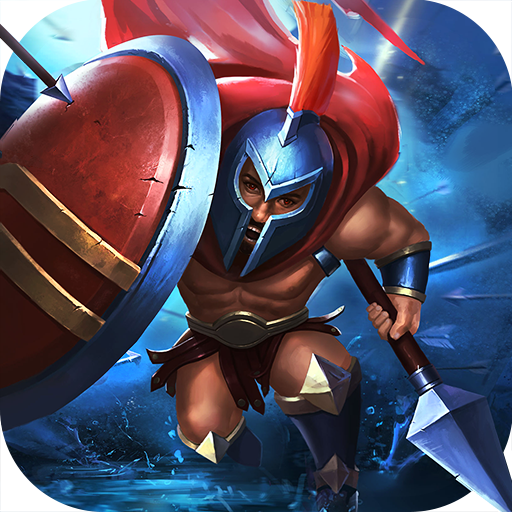 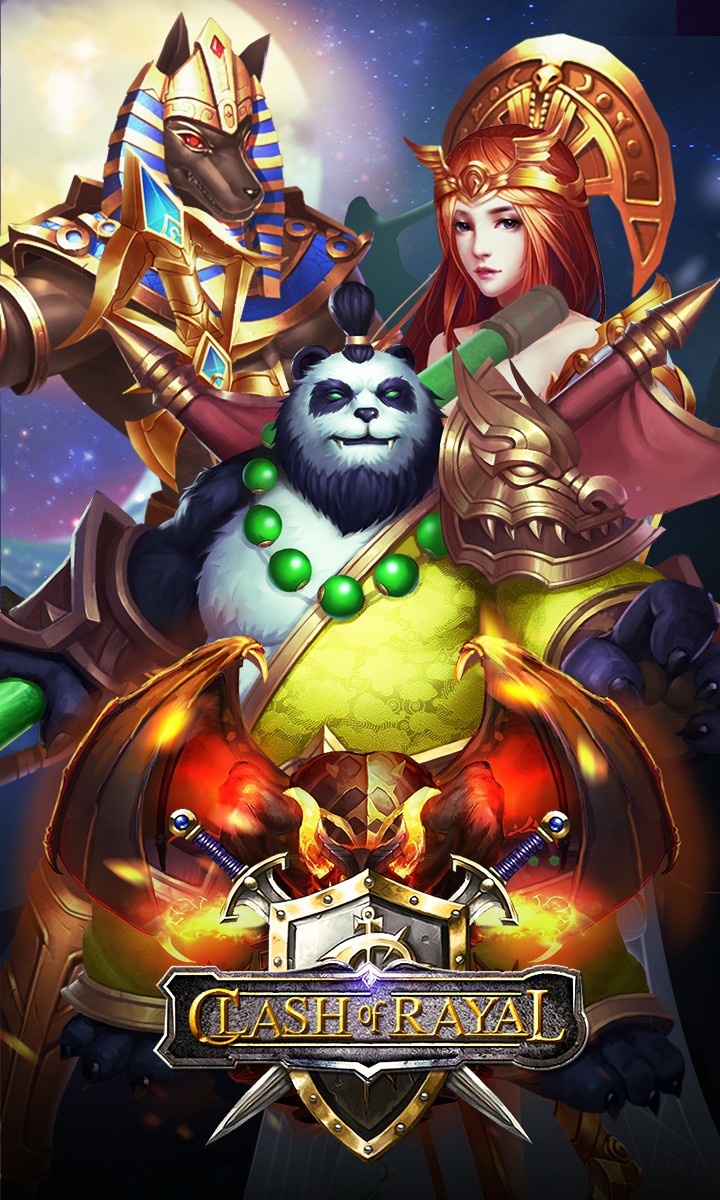 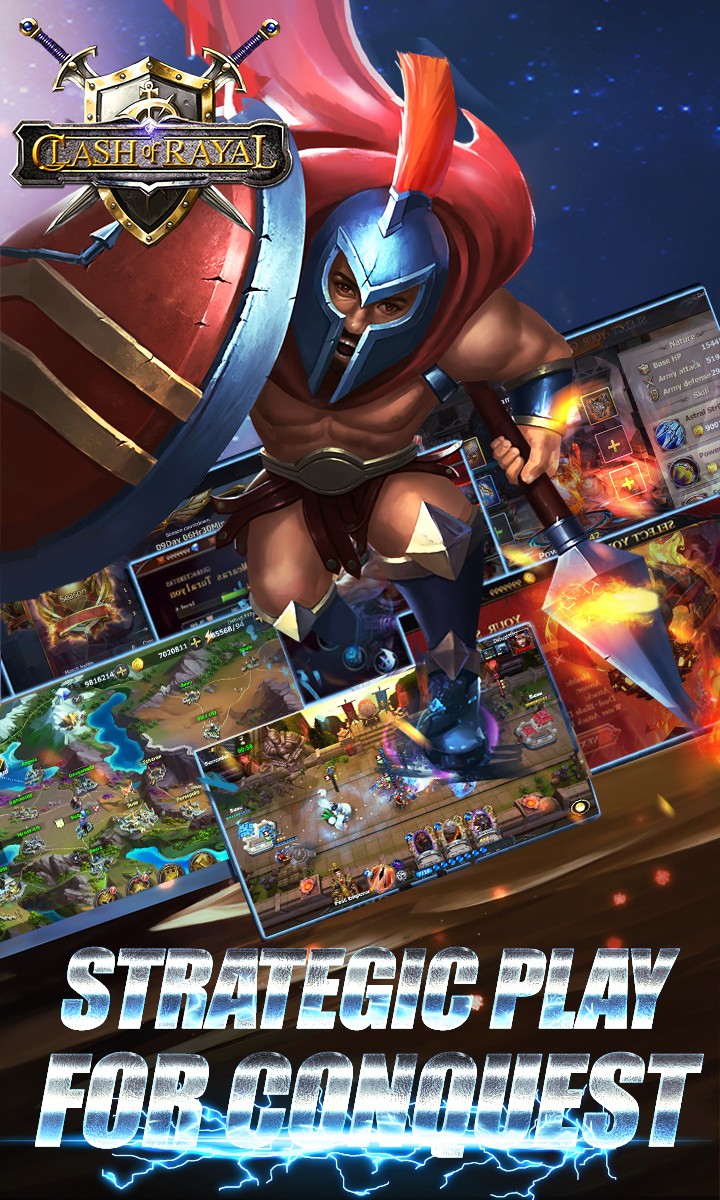 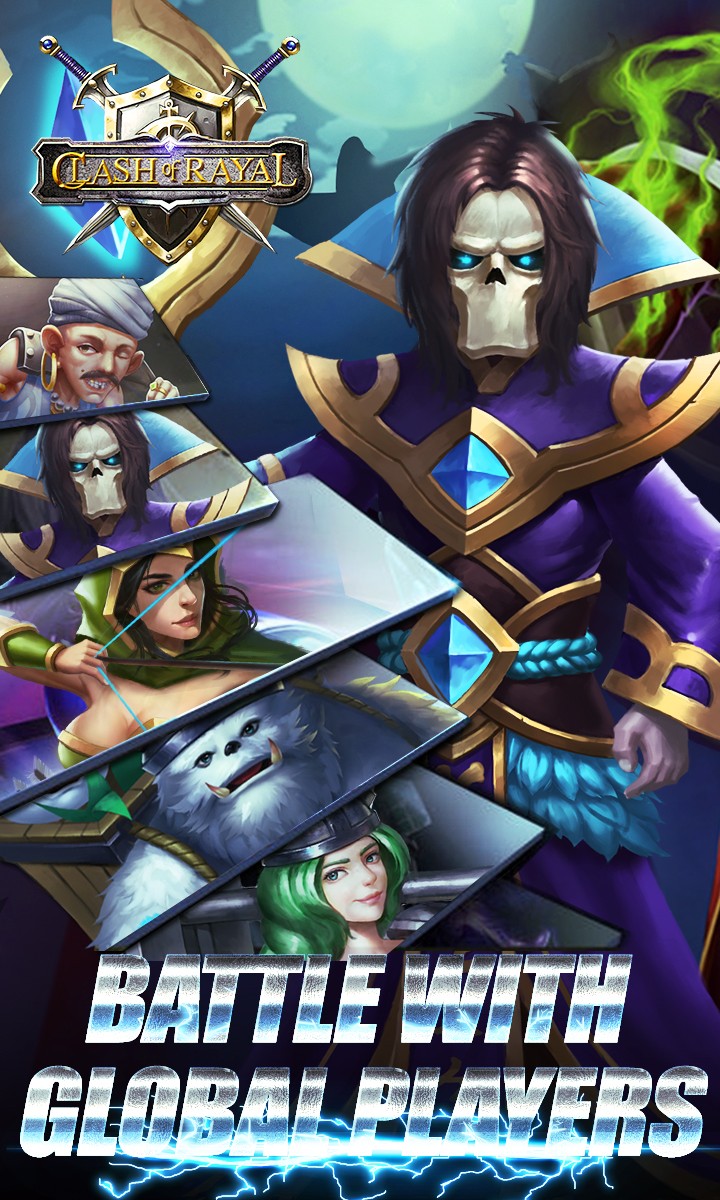 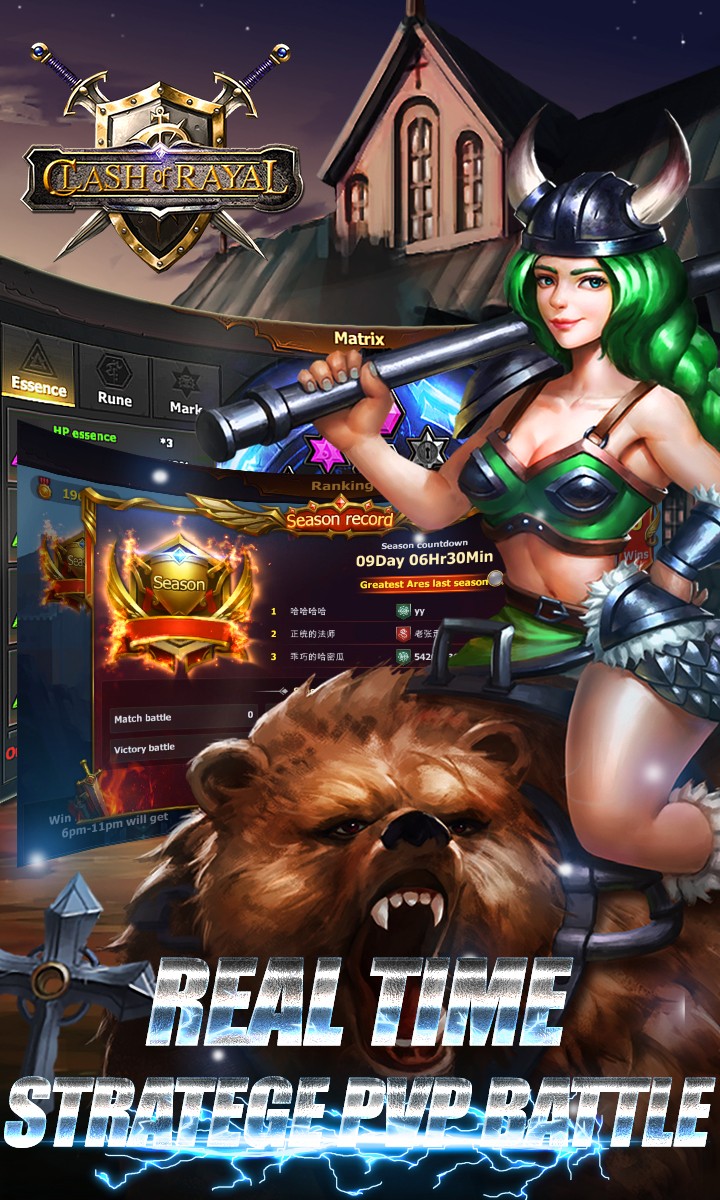 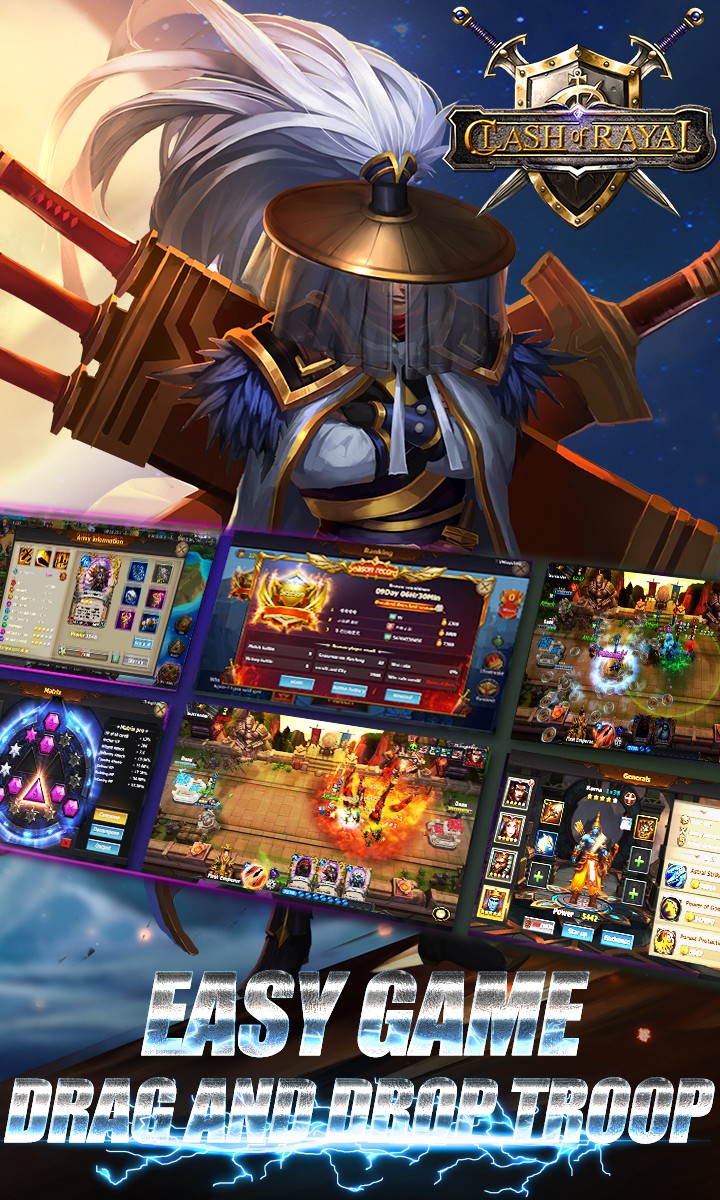 Raid CLA (Clash of Lord Age) is an Epic real-time strategy mobile game (SLG+RTS) that supports the real-time PVP battle and global chat within a game. You will travel through time and space to the ancient, act as a great ancient king, and travel on the world from ancient China to Europe, from Jerusalem to Greece with simple clicks for ordering your strong generals and troops and conquer exotic magic cities. Let's travel back the brilliant civilization!
_____________________________________________

-ONLINE REAL TIME STRATEGE PVP BATTLE&MULTIPLAYER WAR BATTLES
Are you bored with the automatic combat mode? Raid CLA (Clash of Lord Age) takes you to a real-time battlefield, match you to other real players for an exciting fight within 1 minute. Play PVP against millions of other players immediately.

-DRAG AND DROP TROOP, EASY TO PLAY
You will not be teased by AI game. You can just easily drag and drop cards to assign your troops on right position for fighting. Train massive armies and lead them into epic battles. Attack enemies, conquer their castles and plunder their resources. Attack and occupy the magical cities to become the King.

-MORE FOCUS ON STRATEGY AND FAIR
The strategy is the key point to your victory for playing the game with others, more than thirty troops you can use, a variety of routine tactics you can choose and you will be the king of the game! Star up and level up your generals.

If you have any questions, please contact us by following ways.