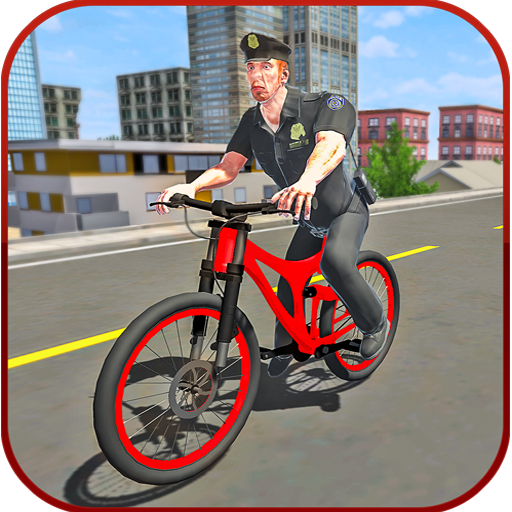 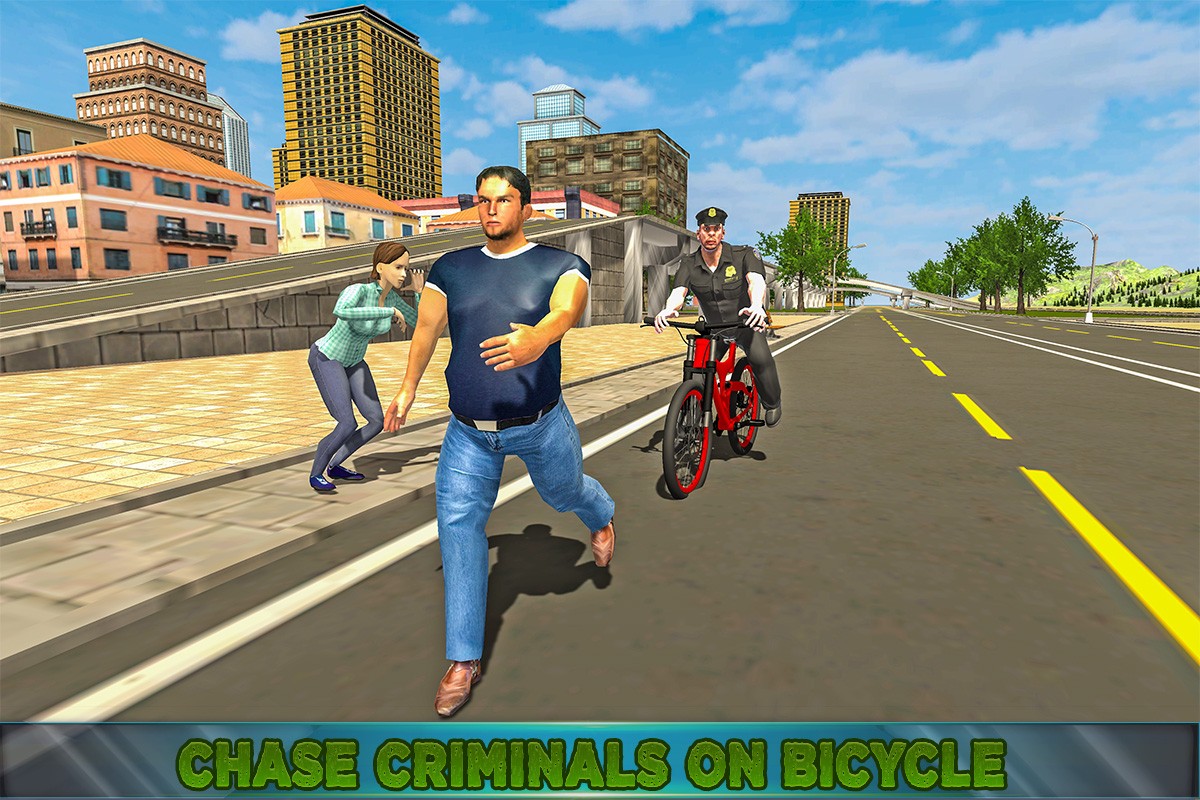 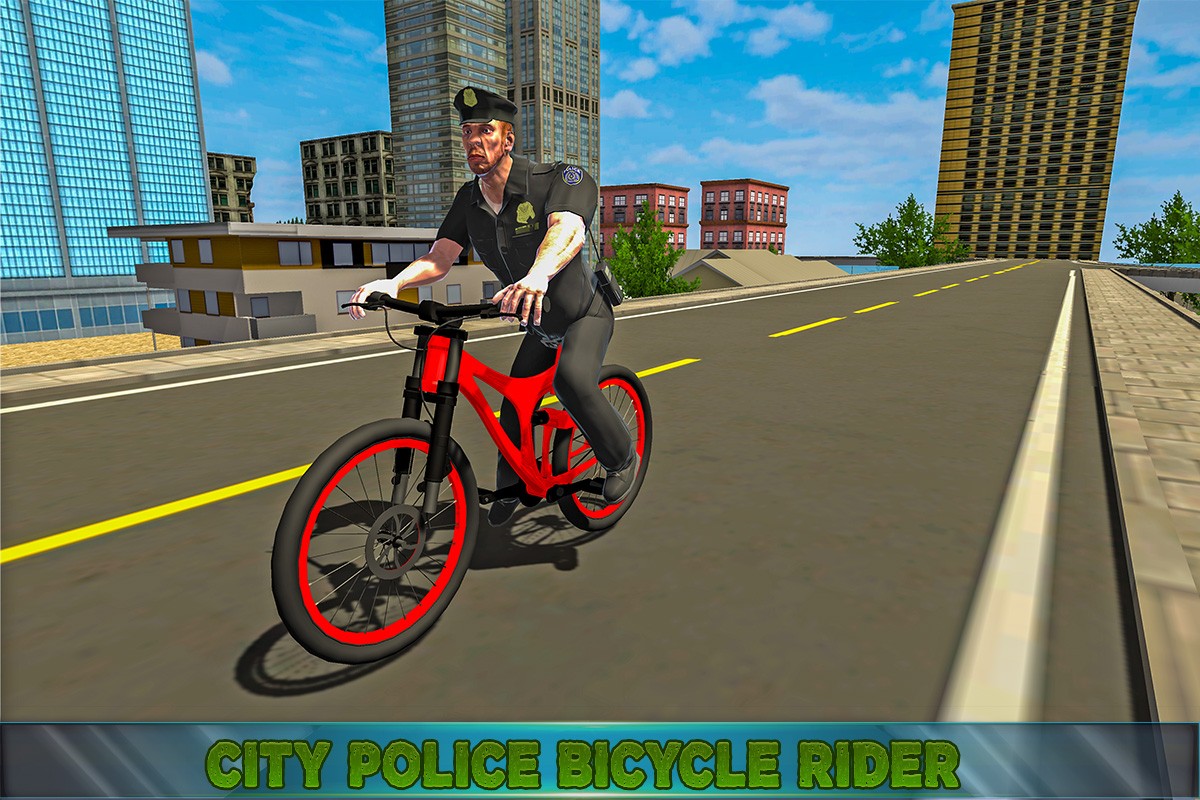 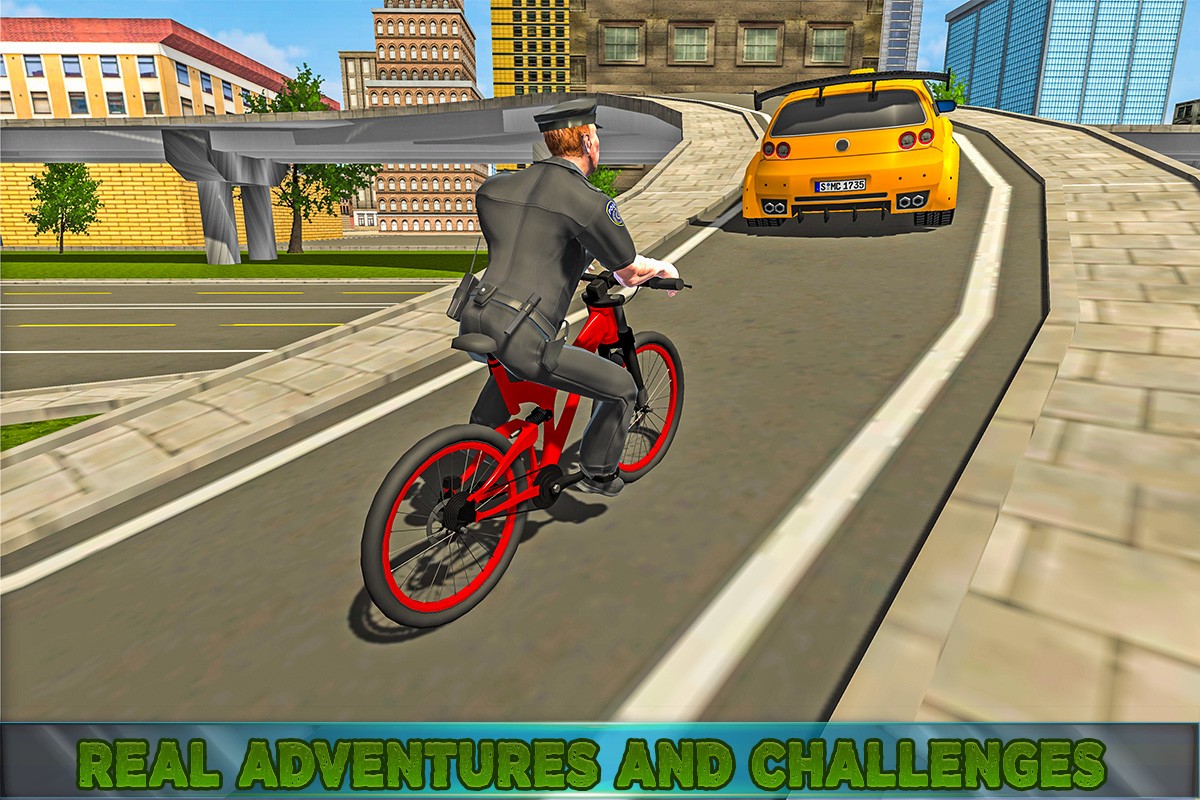 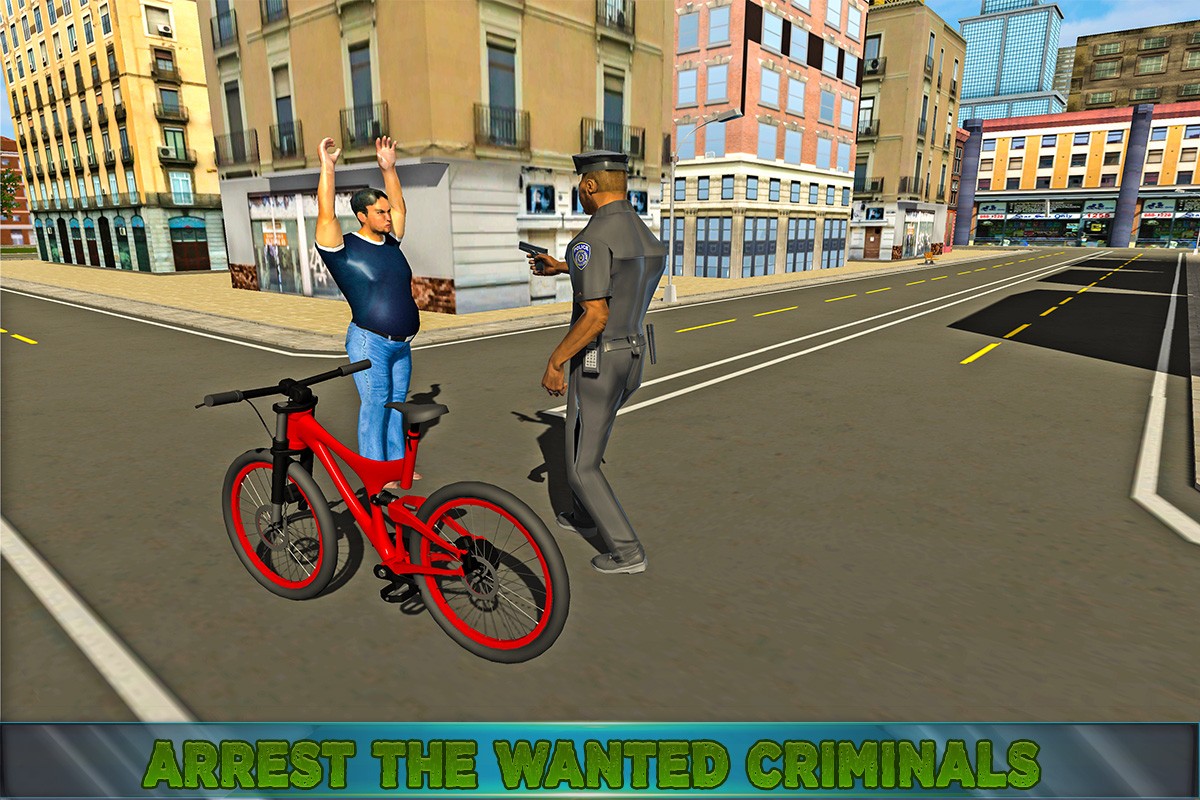 Ride an amazing, super police bicycles and become a police bicycle road rider. You are the police it’s your duty to stop the bank robbers in crime city. Bicycle rider thief chase is a fun game also for kids! Become a legend of the thief chase racing and prepare for the bicycle city savior. Your job as a police officer is to secretly chase and arrest the city gangsters to be the best police MTB bicycle rider. Play this extreme police bicycle vs gangster chase game and do not let any criminal escape. Drive smartly with perform police bmx bicycle stunts in huge city traffic.

Ride super speed police bike to finish crimes in sin city. Arrest criminals quickly and don’t let prisoner escape from jail. Your secret mission is to control crime in the crime city on your bmx bicycle. Drive fast to chase the criminals and gangsters! save yourself from their attacks which may cause harmful and become a part of crime control police squad. Bicycle thief chase game is specially designed for both kids and adults.