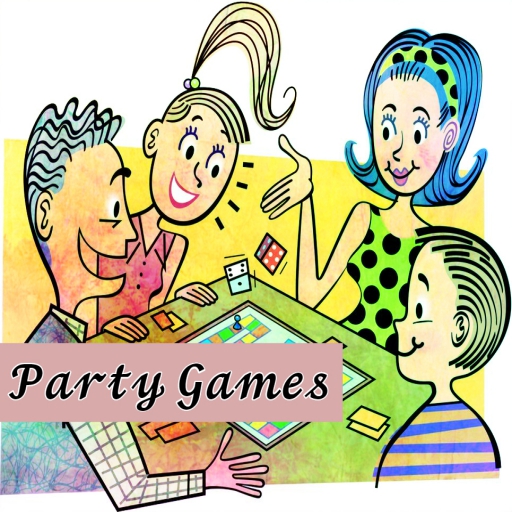 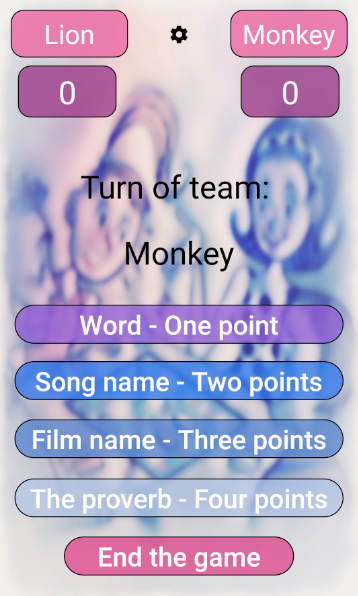 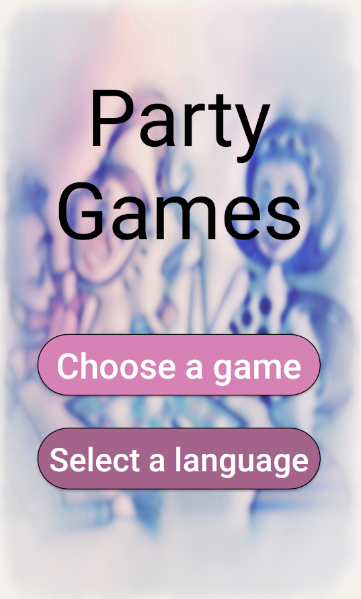 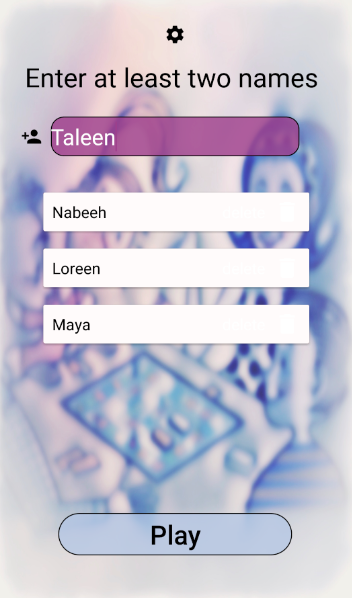 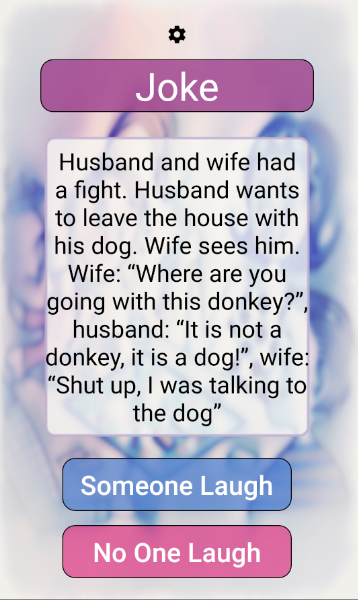 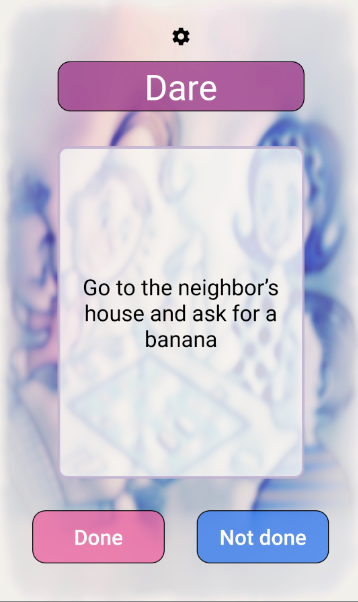 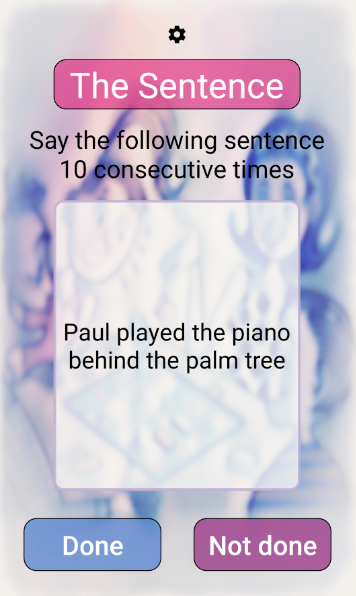 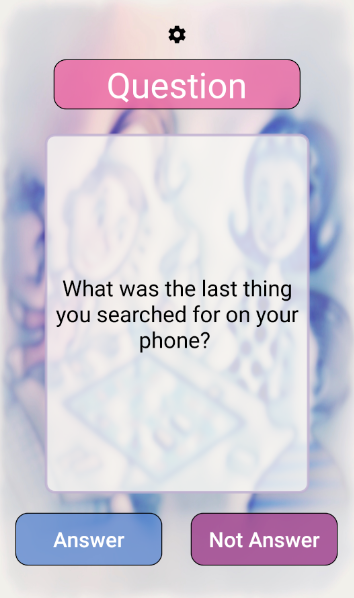 1. Truth Or Dare ( +15 and adult monitoring for those who are under 15 years ):
- Each player registers his name.
- The application will randomly choose two players and between them, there is an arrow.
- The player in the head of the arrow must answer a question or do an order.
- The player at the end of the arrow must ask the question or order an order according to what the other player decides. He can also leave his duty to the application.
- Give attention that any player who has to answer a question or do an order and he does not do it, he will automatically be removed from the game.
- The winner is the last player who remains in the game.

2. Speechless ( For all generation ):
- Two groups register their group names.
- Each group chooses between four options: a word or a song name or a film name or a proverb. Each option has different points.
- The group must represent the word or the sentence that comes out of the options that he chooses for a certain period: The word: 30 seconds, The song name: 2 minutes, The film name: 2 minutes and 30 seconds, The proverb: 3 minutes.
- The winner is the group who has the highest score.

3. Do Not Laugh ( For all generation ):
- Two groups register the names of their group.
- Each group takes a joke from the game or from itself and has to make the opposite group laugh at the joke (at least one of the group laughs), in whatever way they want.
- The group that makes the second group laugh more accumulates more points.
- The winner is the group who has the highest score.

In addition, you can play all the games in one of the following languages: Arabic, English or Hebrew.