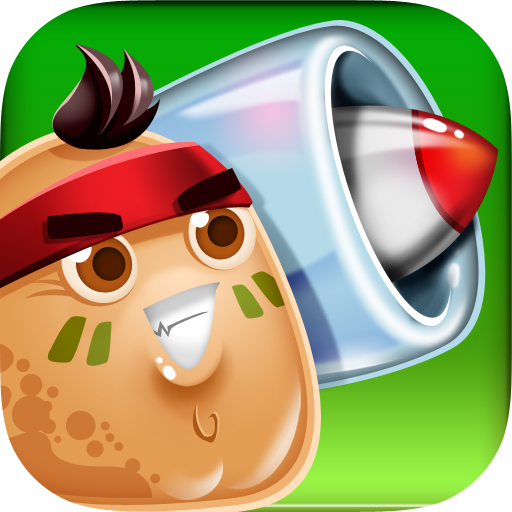 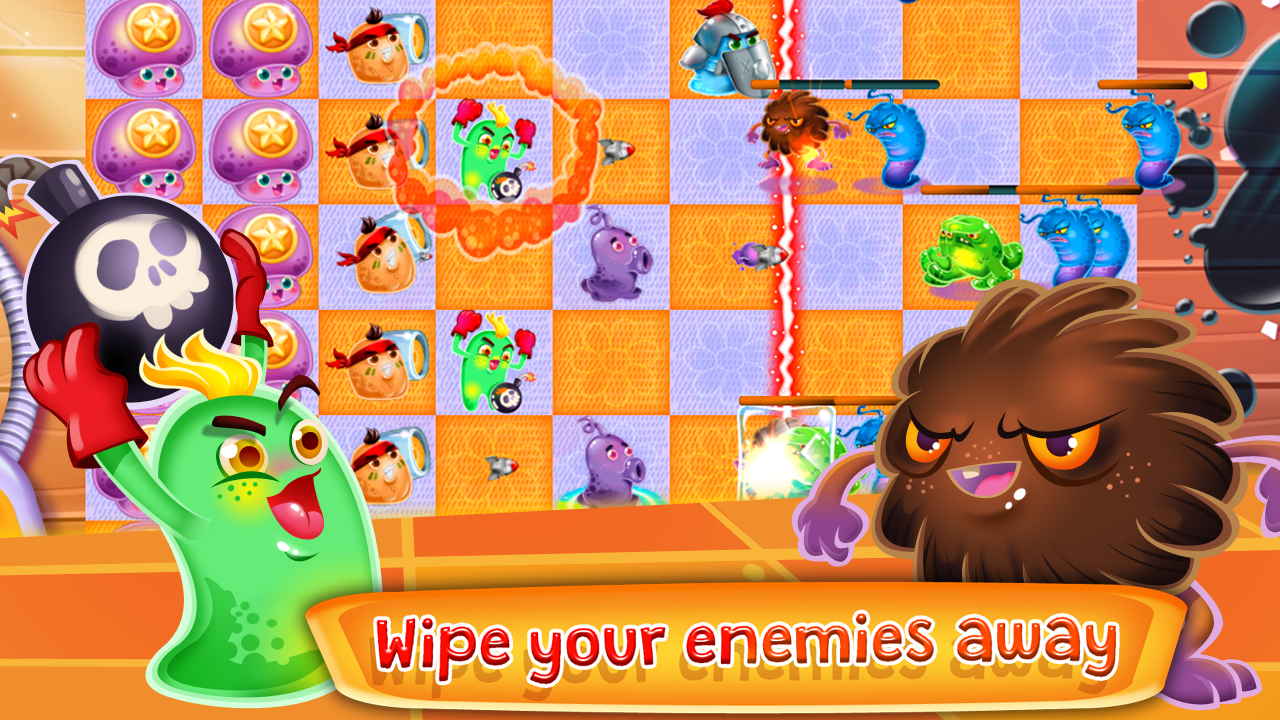 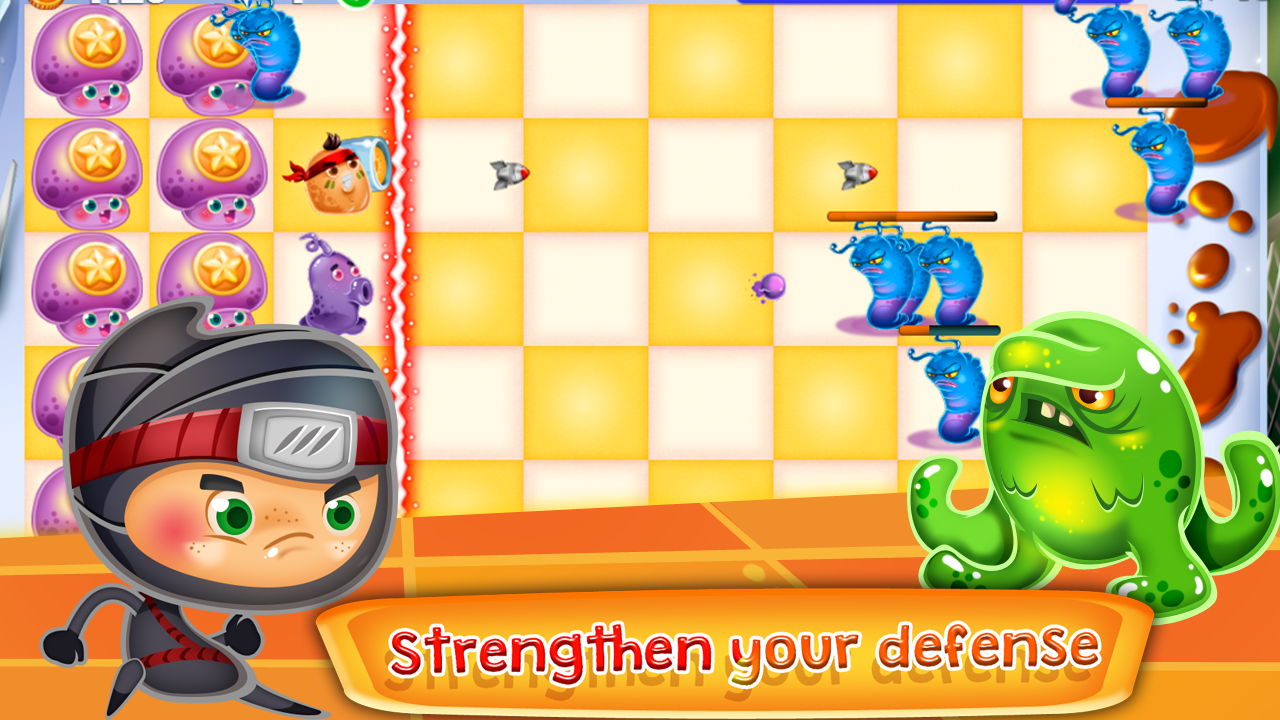 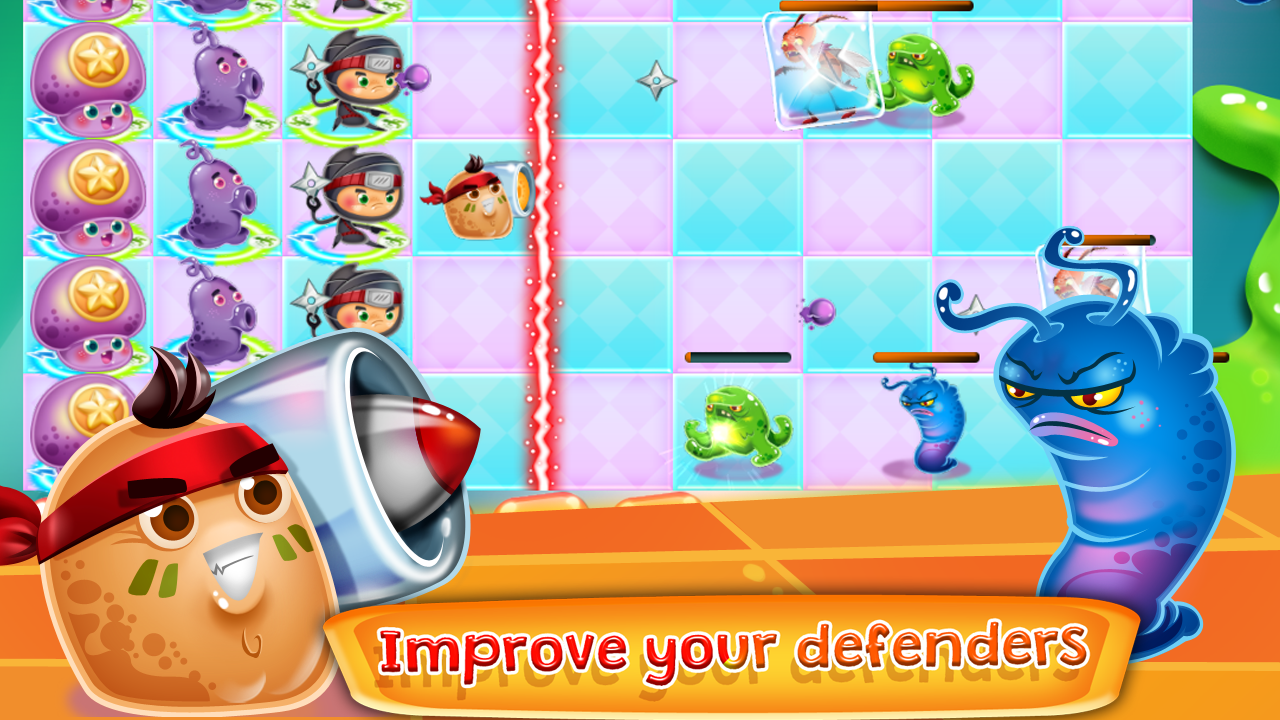 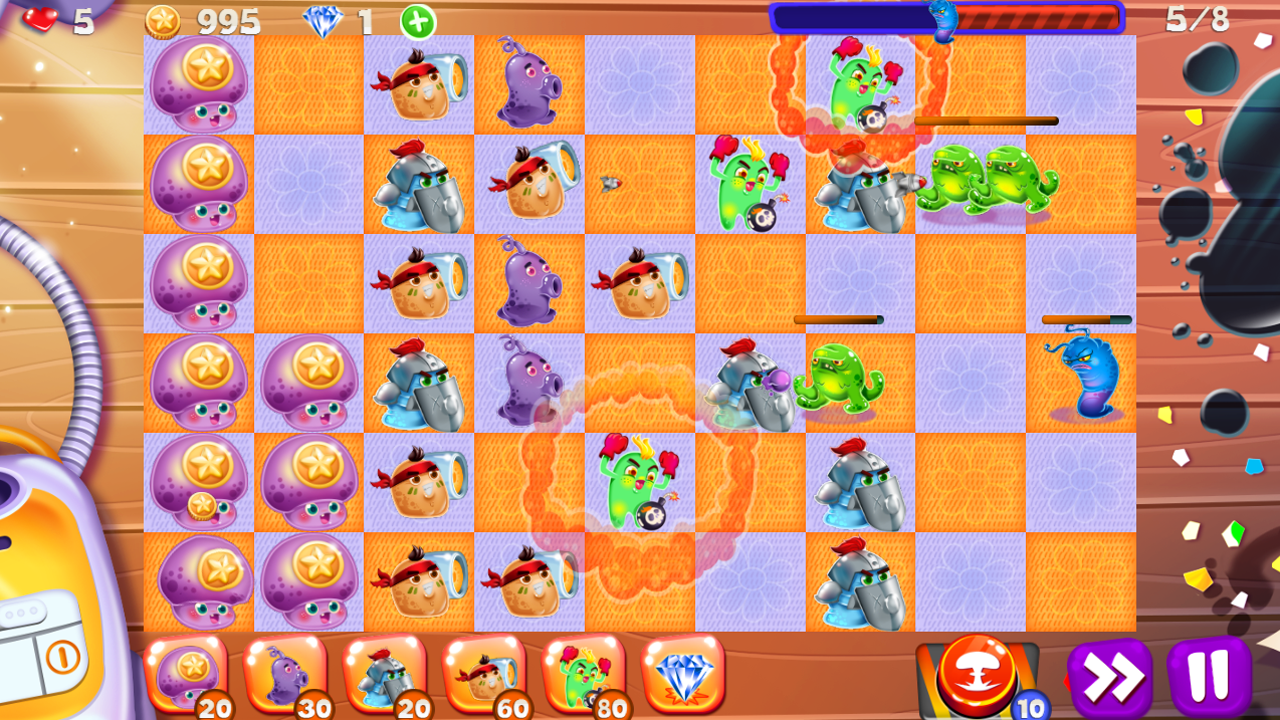 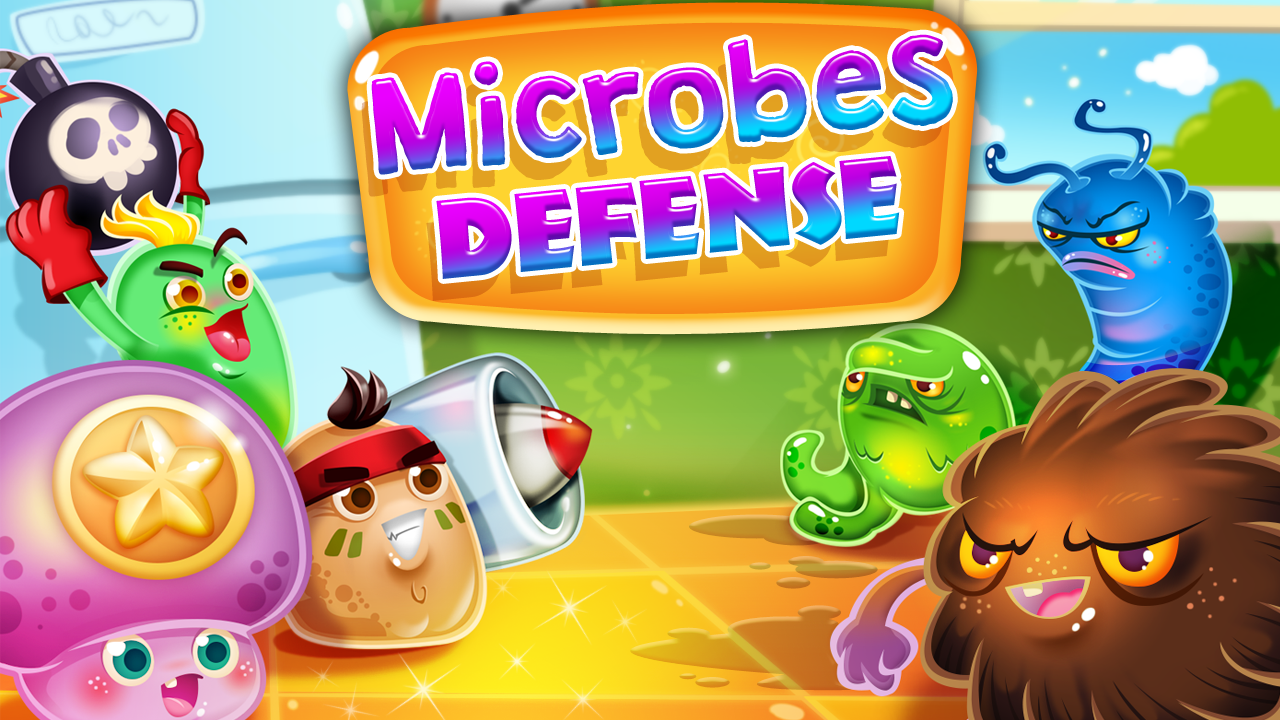 Germs Gone Wild! Hostile microbes attack, the invasion begins! Defend your territory from waves of germs. Join the micro-world, where the fight never ends. You and your comrades: Private "Ninja", Rocketman "Bazooka", Crazy "Bomber" have to stop the invasion of evil microbes!

- Defend your base from hordes of hostile germs,

- Crush opponents with your fingers,

- Wipe away germs with the crystal,

- Strengthen your defenders by increasing their speed and strength,

- Turn on the TURBO mode to speed up selected defenders,

- If your defenses have problems, use the weapon of mass destruction, which kills all germs. It's a real Armageddon.

IN THE GAME, YOU'LL FIND:

- leaderboard, where you can compete with your friends,