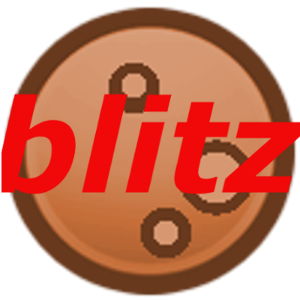 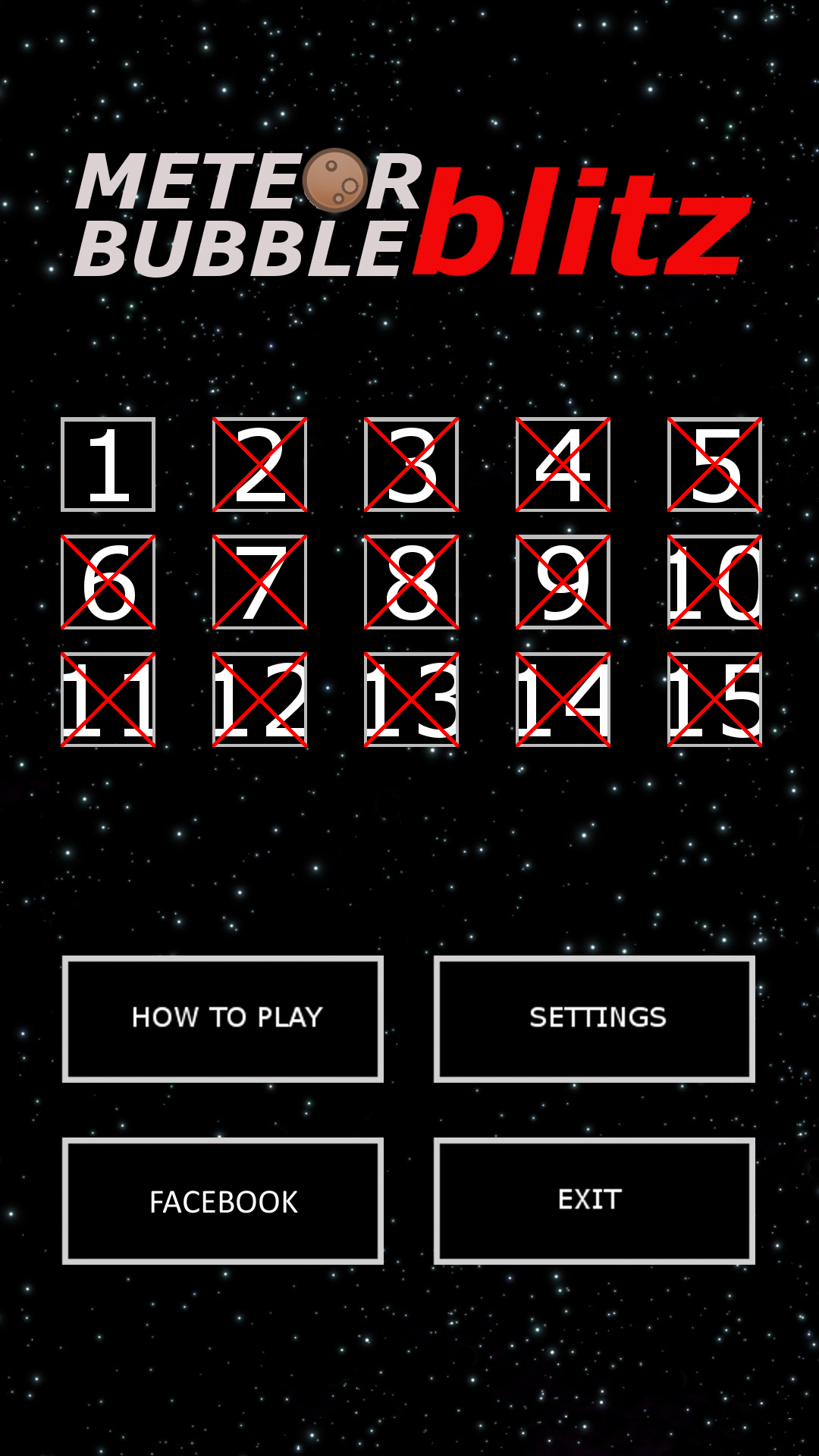 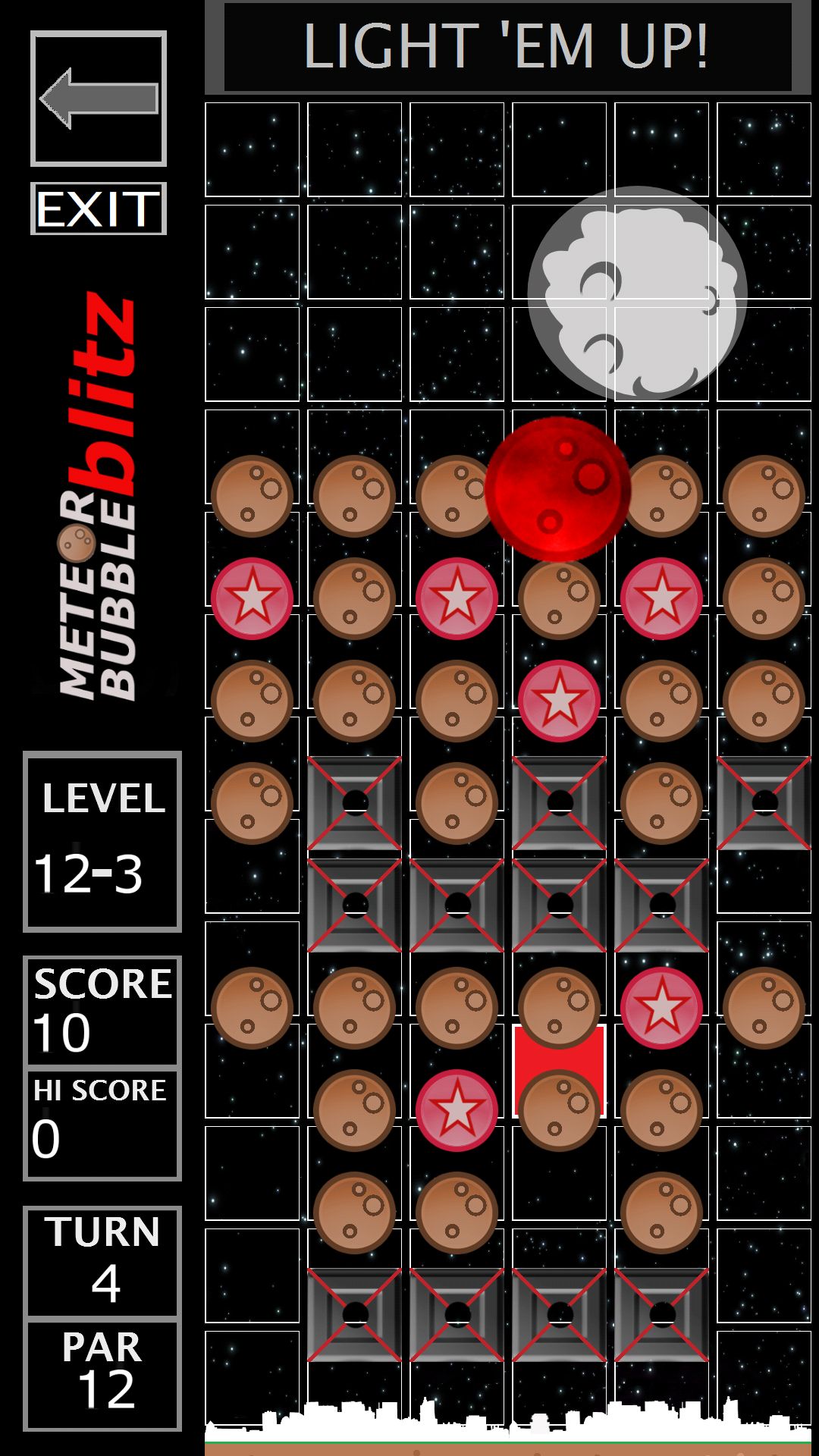 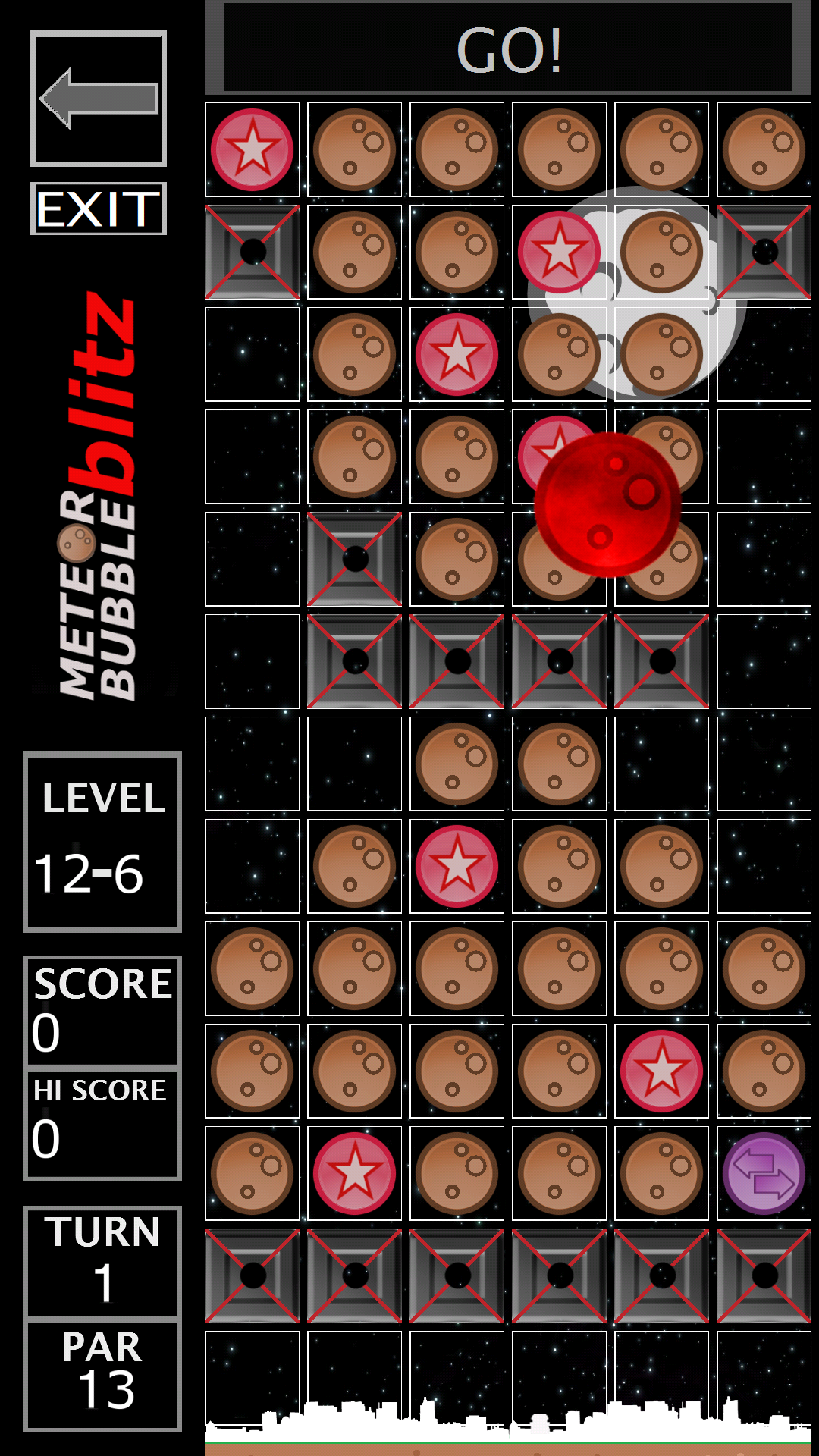 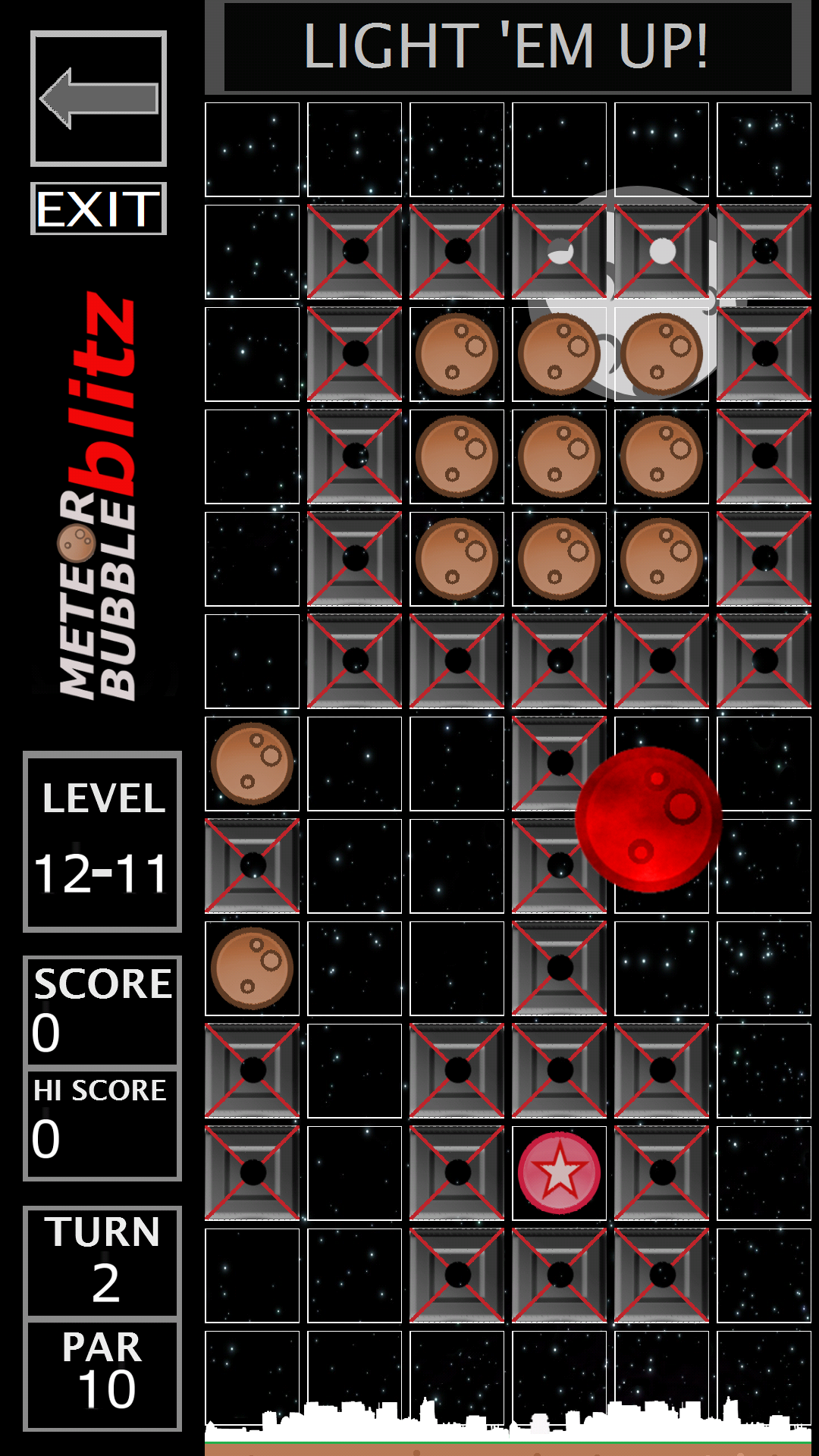 Meteor Bubble Blitz is reminiscent of old-but-good Arcade games and is inspired partially from PlayStation’s Intelligent Cube hit title. Earth is under fire from a meteorite shower and your goal is to protect it from total destruction.

On a Tetris-like gridded game board meteorites fall from the top and you must have a good strategy in place to stop them before reaching the bottom of the board (where Earth is). Simply tap on a grid cell to activate a bomb then tap again to destroy the passing meteorite. Sounds easy, right? Well, things become more complicated as levels progress and new obstacles are introduced.

– Fast Paced Gameplay. Meteor Bubble Blitz is very easy to learn, all you have to do is select an empty square below a meteorite and tap to set explosives. When the meteorite reaches the square, tap again to destroy it. Careful though, the meteorite shower is fast and once it reaches Earth the game is over. Luckily you can use special power-ups to generate chain reactions.

– Obstacles. As levels increase in difficulty you’ll encounter Blocks that cannot be destroyed and penalize you for trying, Red Hot Meteors that are blazing fast compared to usual ones and lastly a second wave of meteorites. These obstacles make advanced levels more challenging.