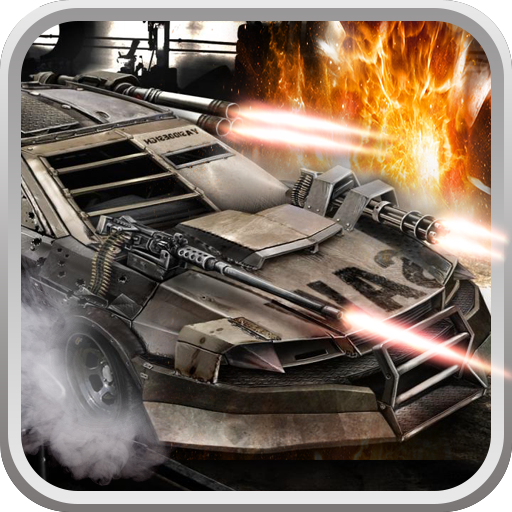 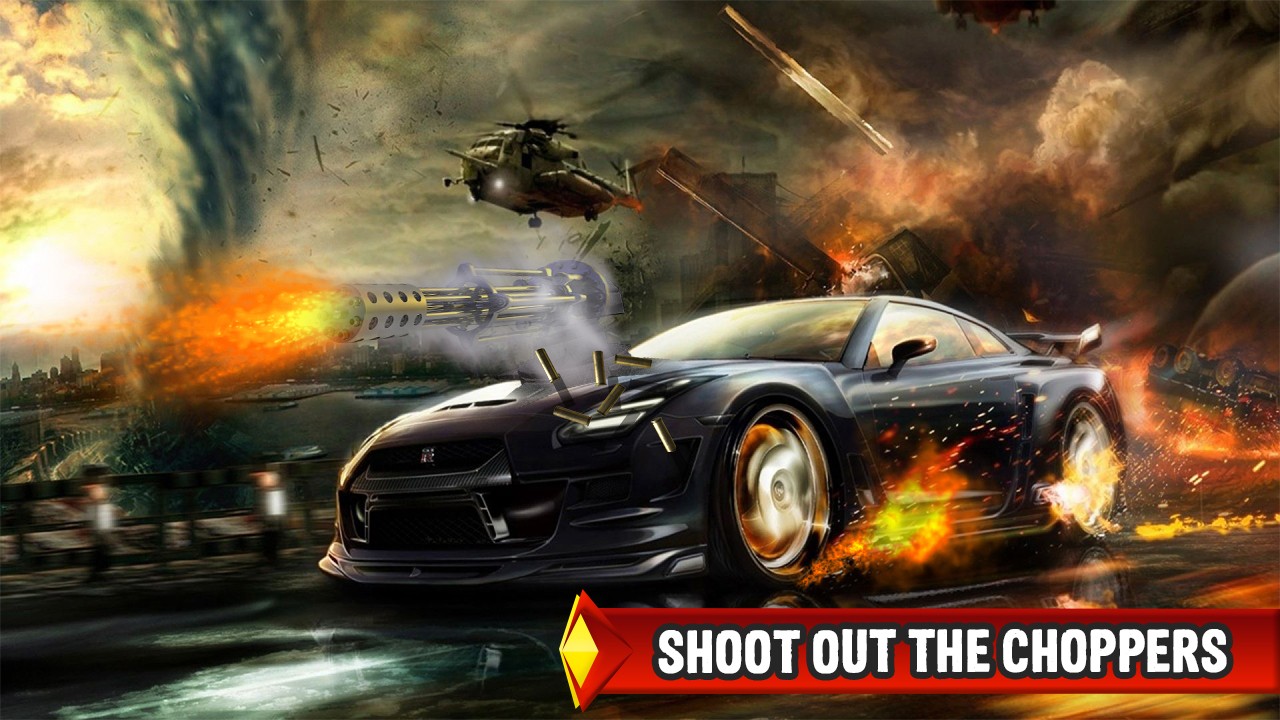 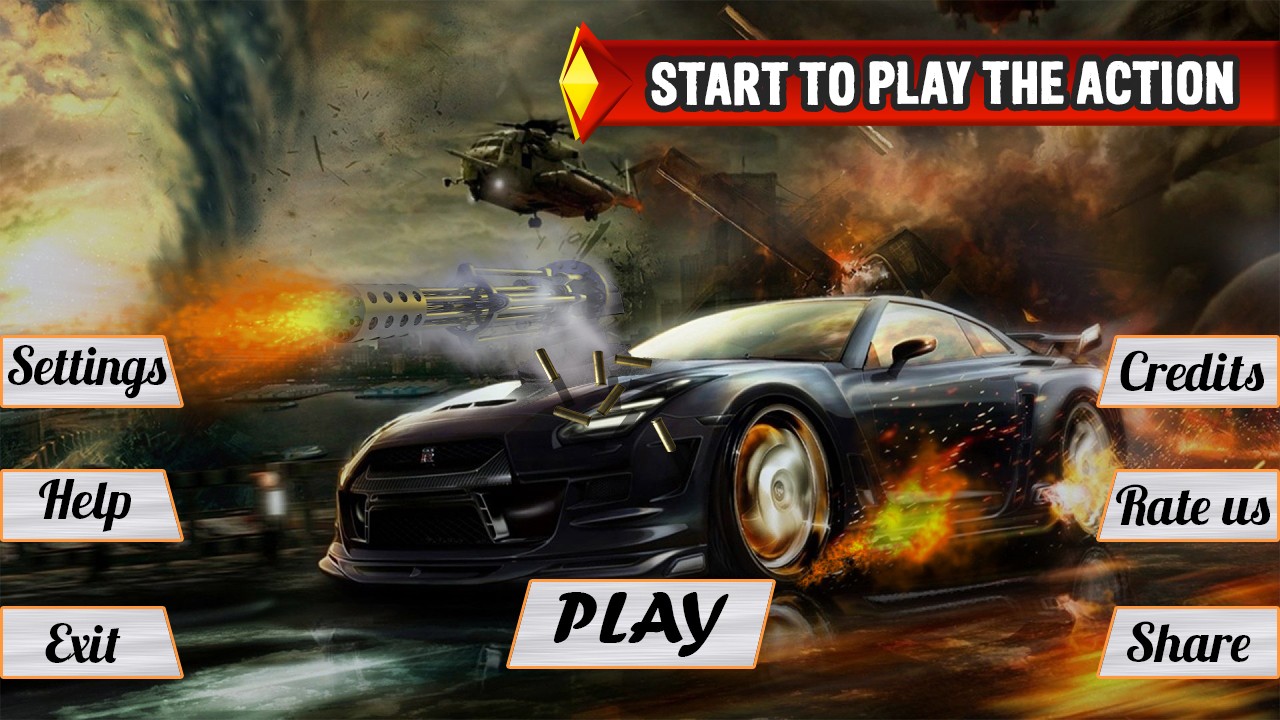 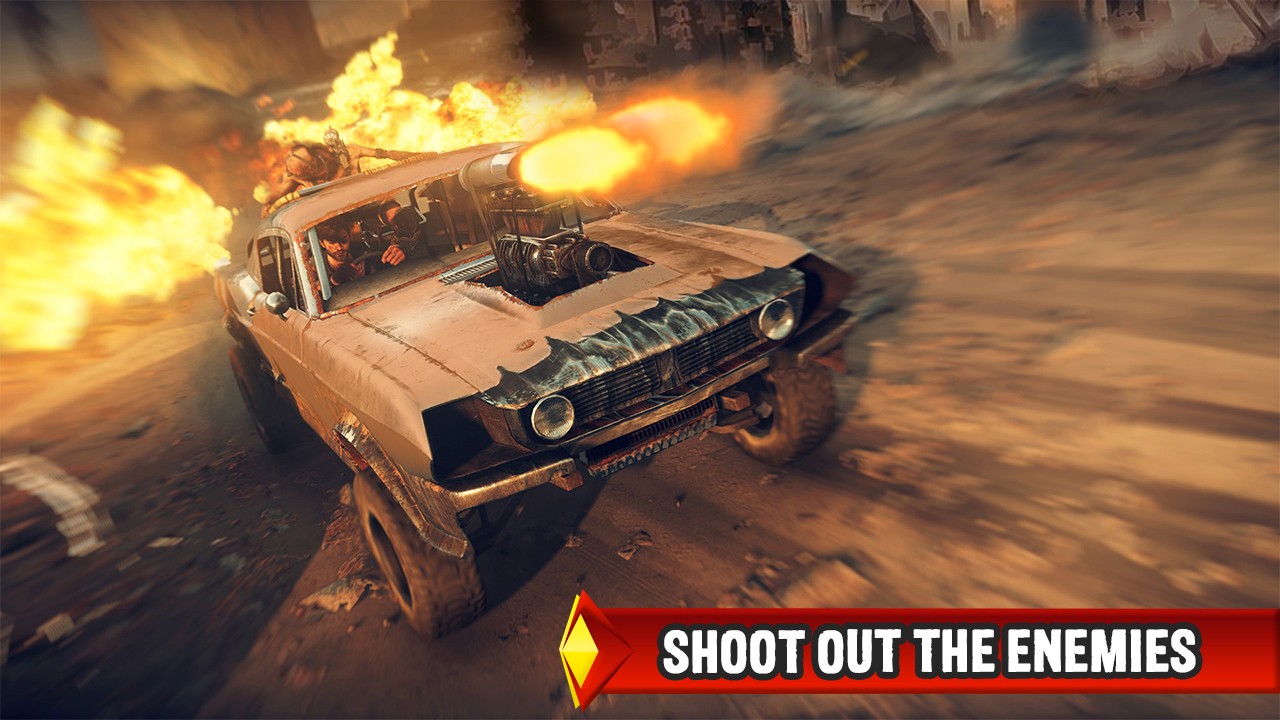 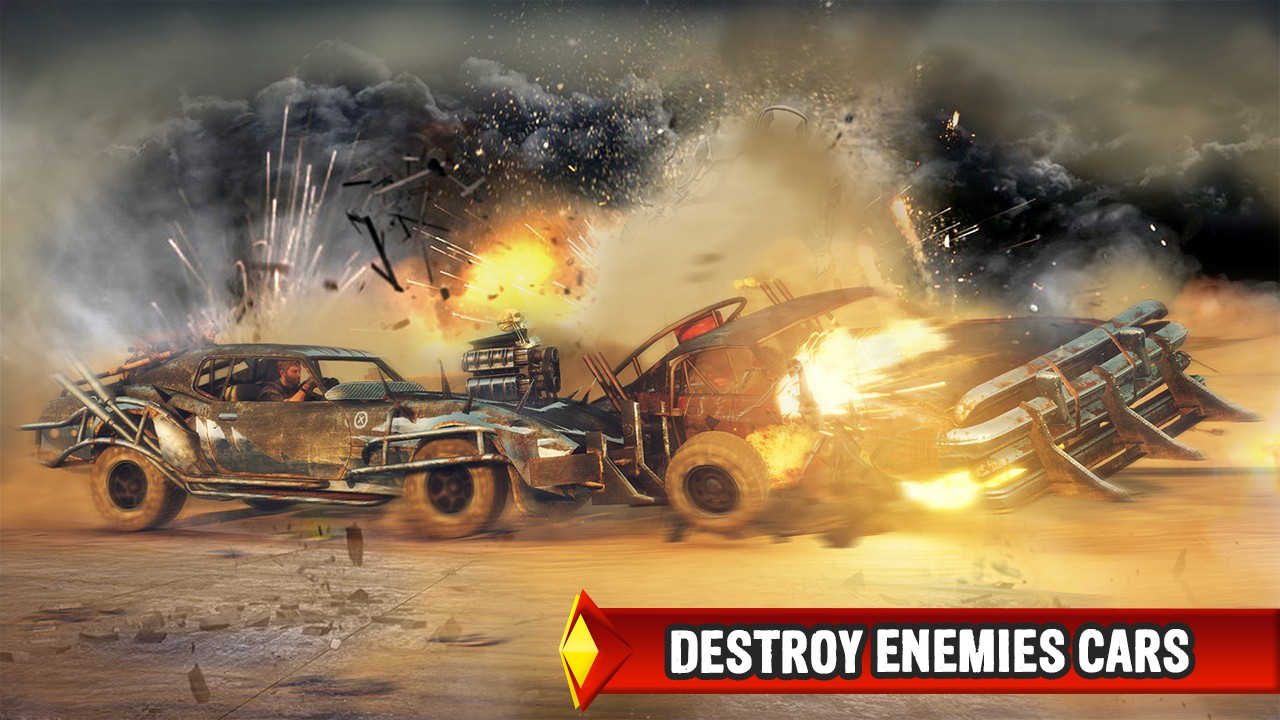 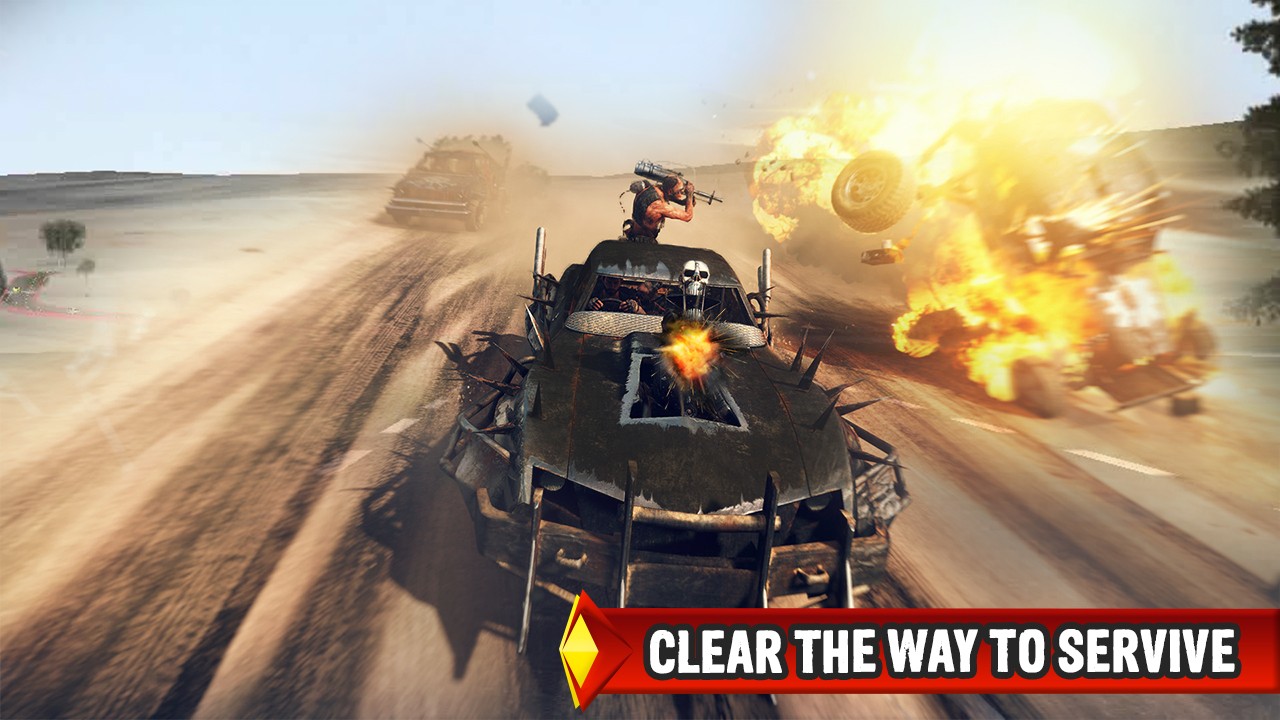 Mad Max Death Race: Road Rage is a death race game so either kill or be killed. No speed limit and no mercy for what comes on the way, just blow them with lethal weapons. you choose the lethal weapons and vehicles and race for their freedom in this game. With extremely high speed its challenge for you to shoot and destroy all enemy racing rivals. Shoot he traffic in front of you because they will slow you down and dodge missiles that the choppers in the sky fire at you. Shoot down the choppers in the sky with your limited number of missiles so use them wisely. Collect fuel tanks on your way or you will run out of fuel. Kill as many cars as you can to get coins. Buy missiles and ammo for your missions with coins you get. Unlock Death race cars in the garage designed for road rage.
With 150+ missions this is the best death race game for android. With death race cars and choppers the action is unlimited. Road fury in this game can not be found in any other game. It is fun, addictive and full of action.

# Tricks and Features #
Only the missile can shot down the helicopter.
Shoot Cars to get coins
Buy Missiles and ammo with coins
Buy cars with coins for difficult missions
Brake to avoid the ground bombing of missile.