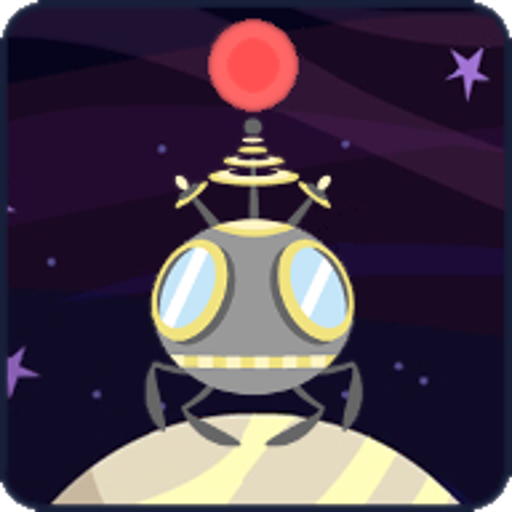 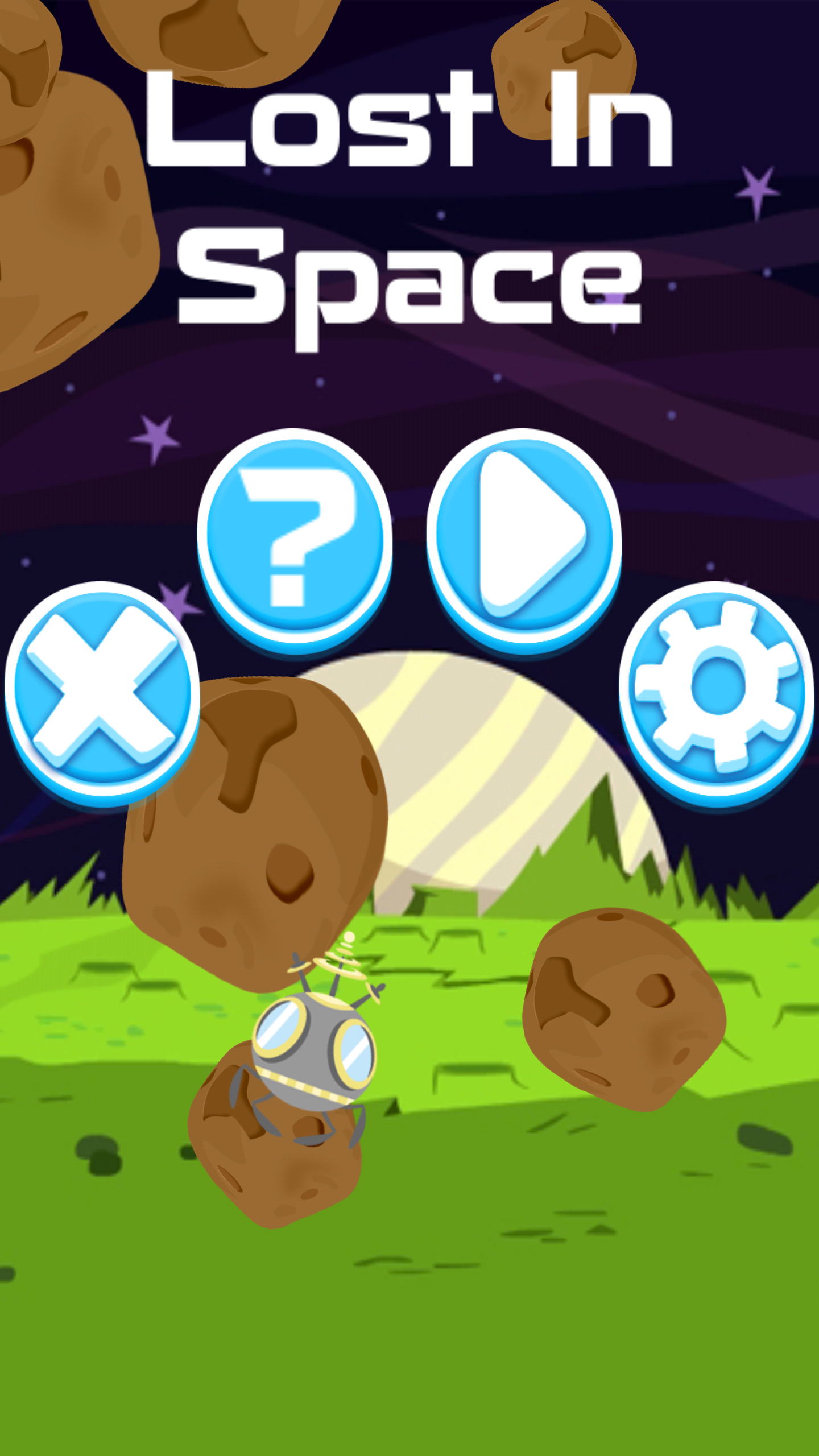 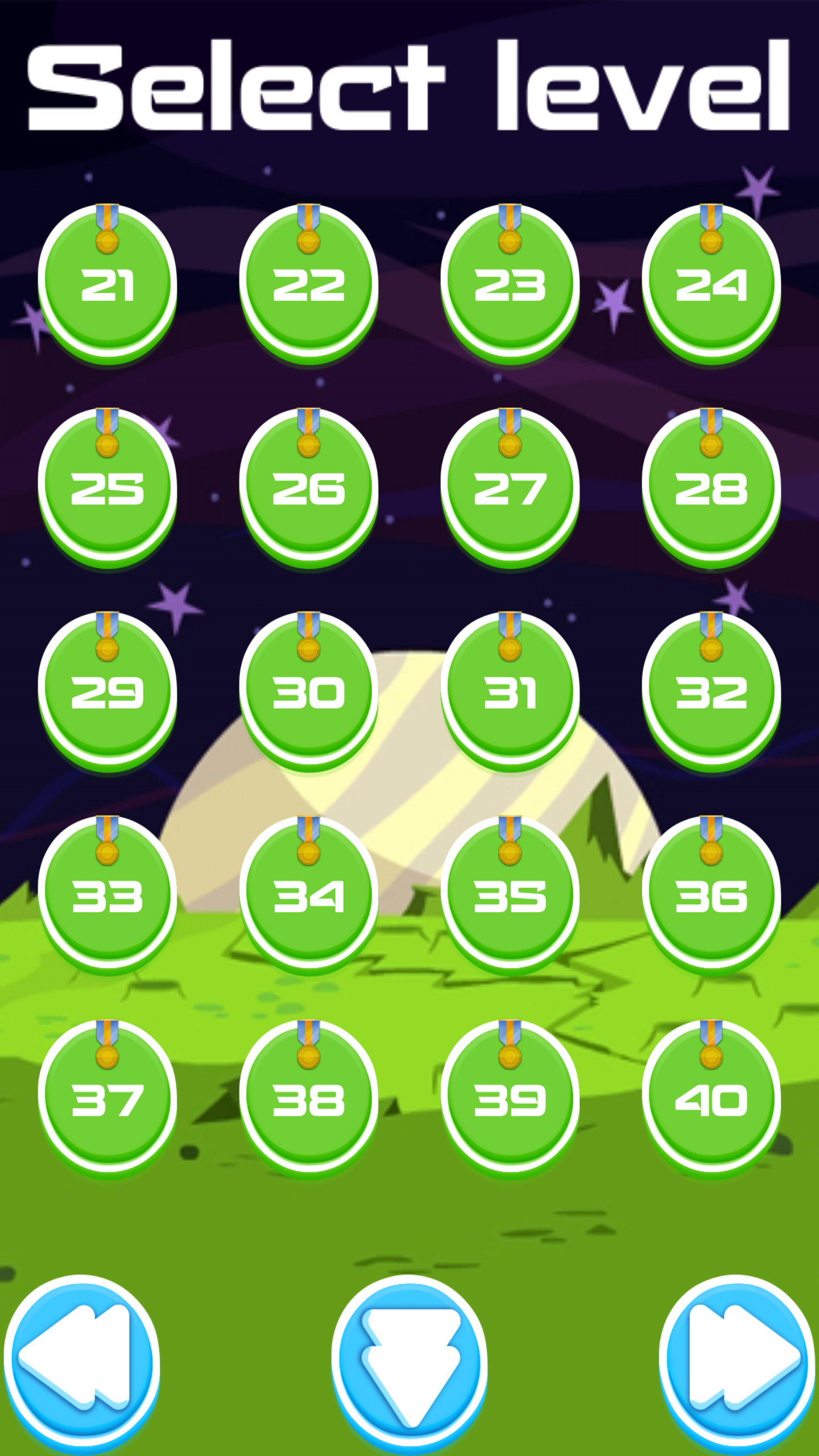 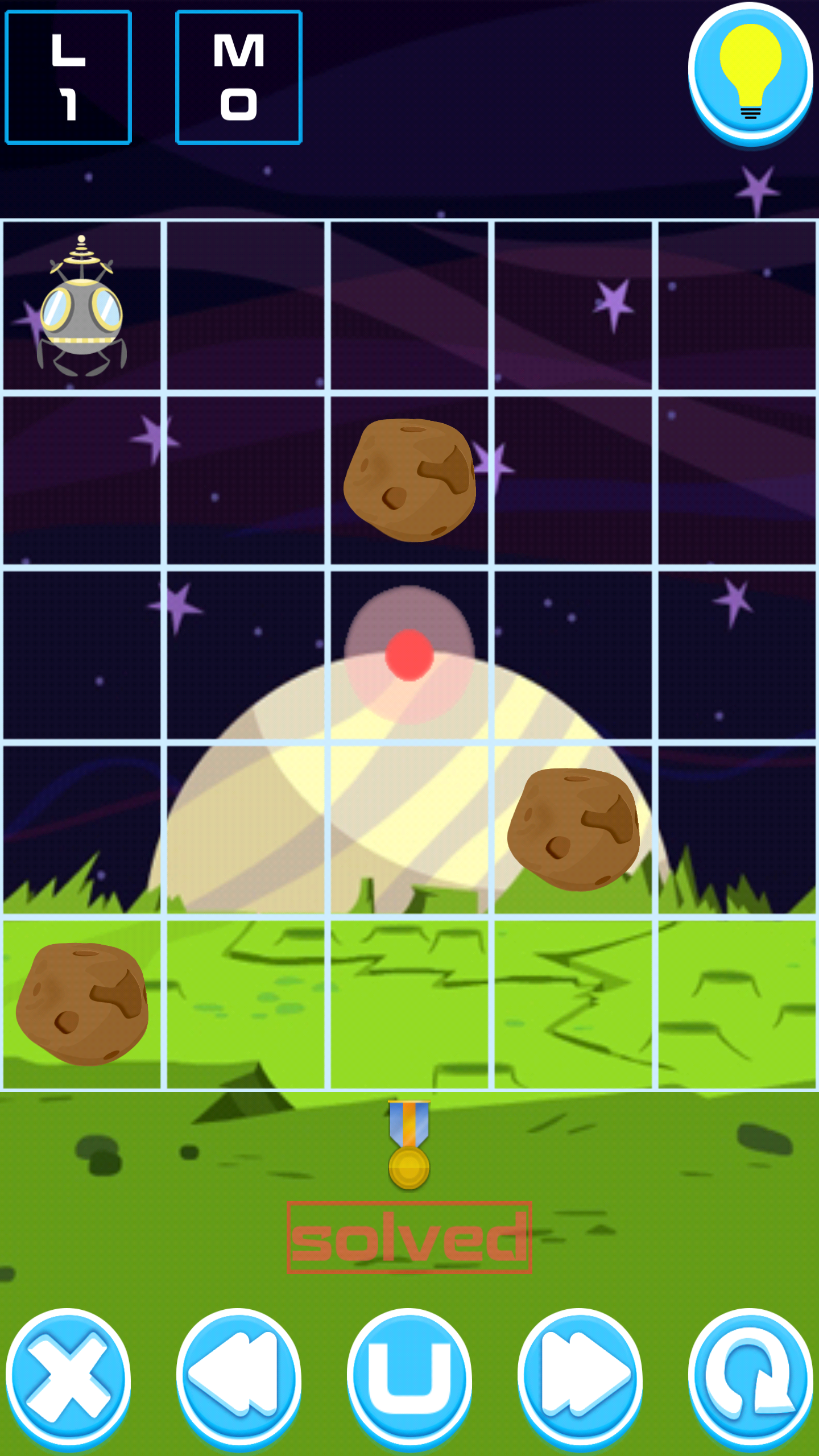 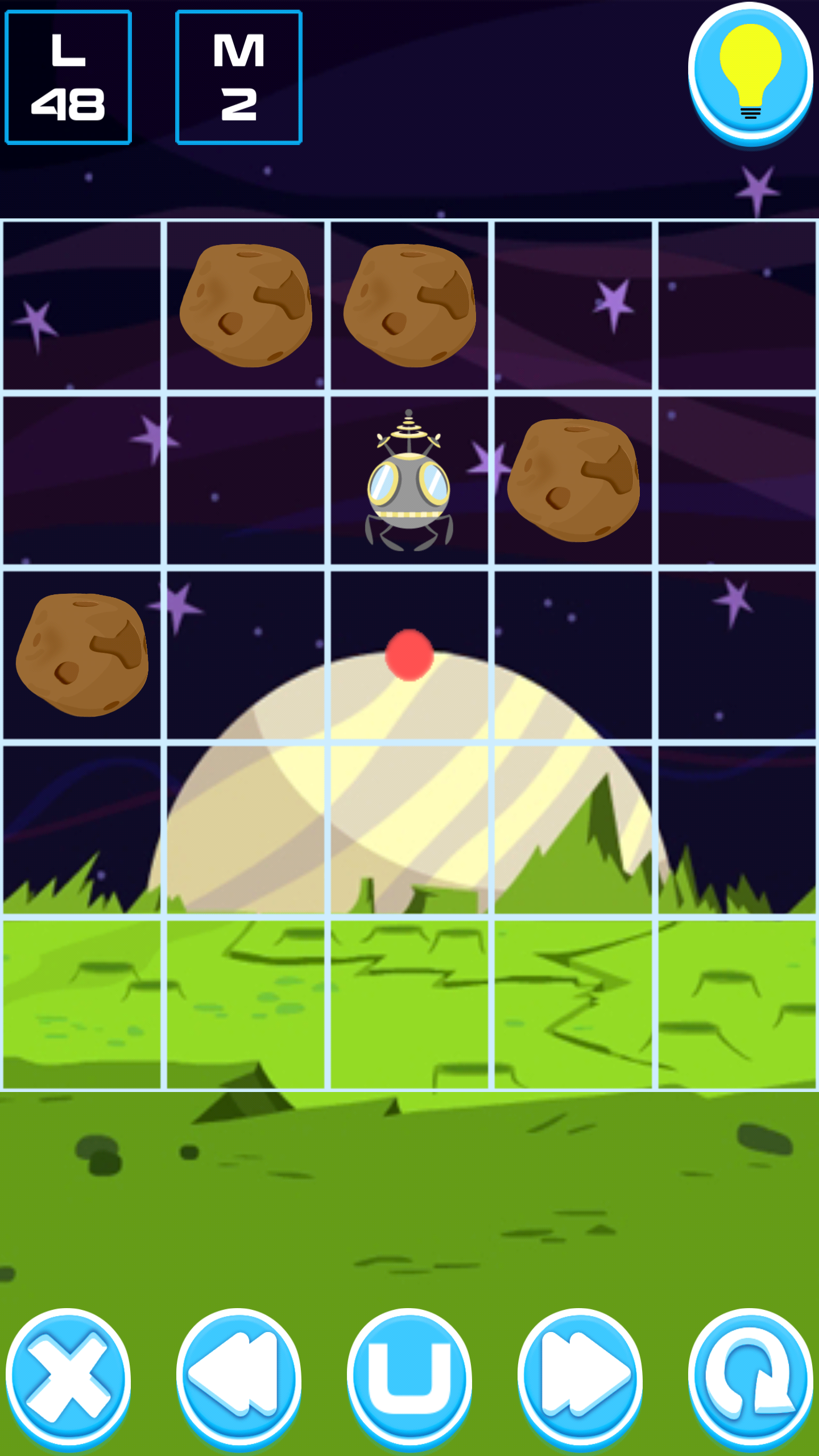 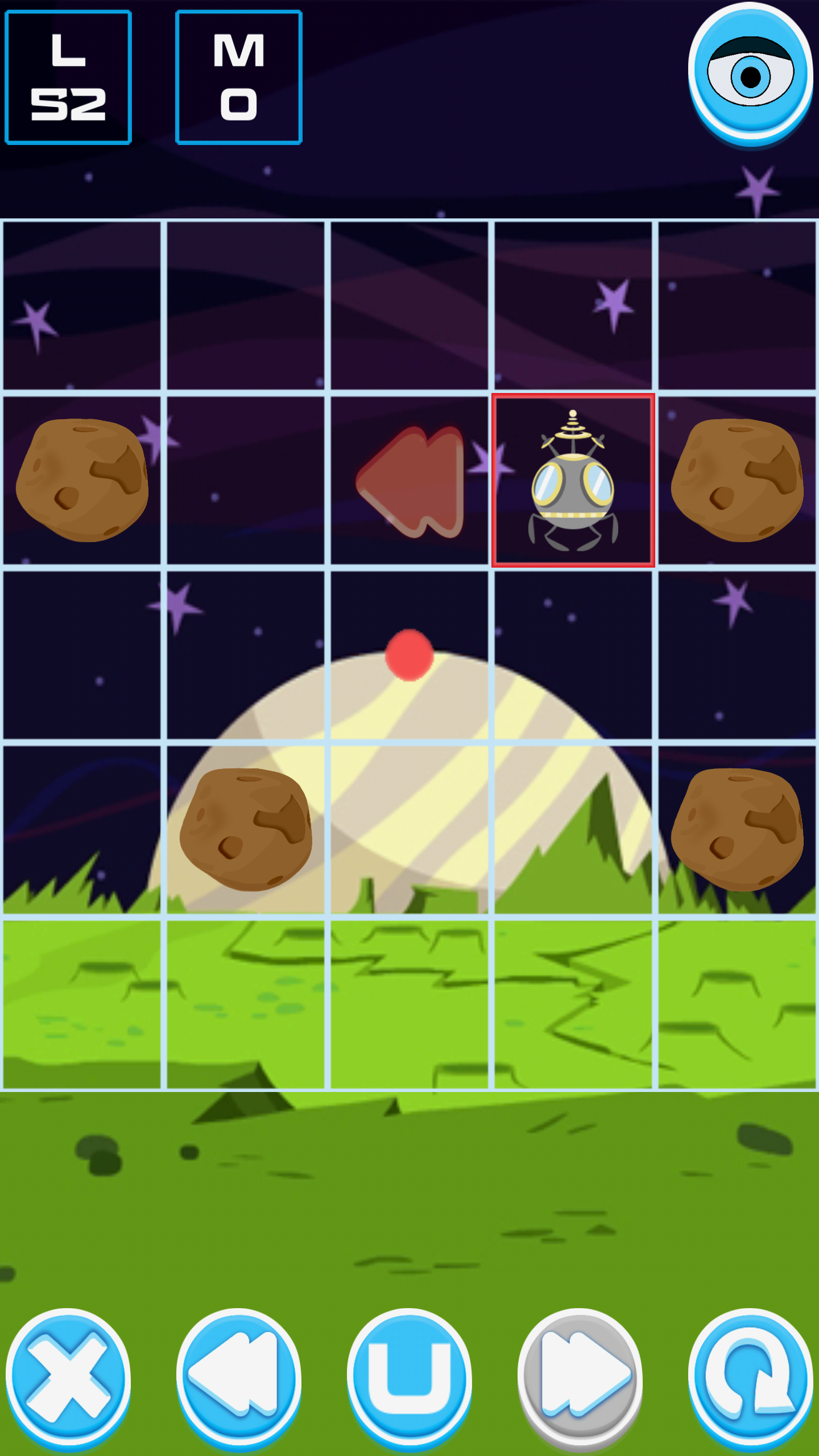 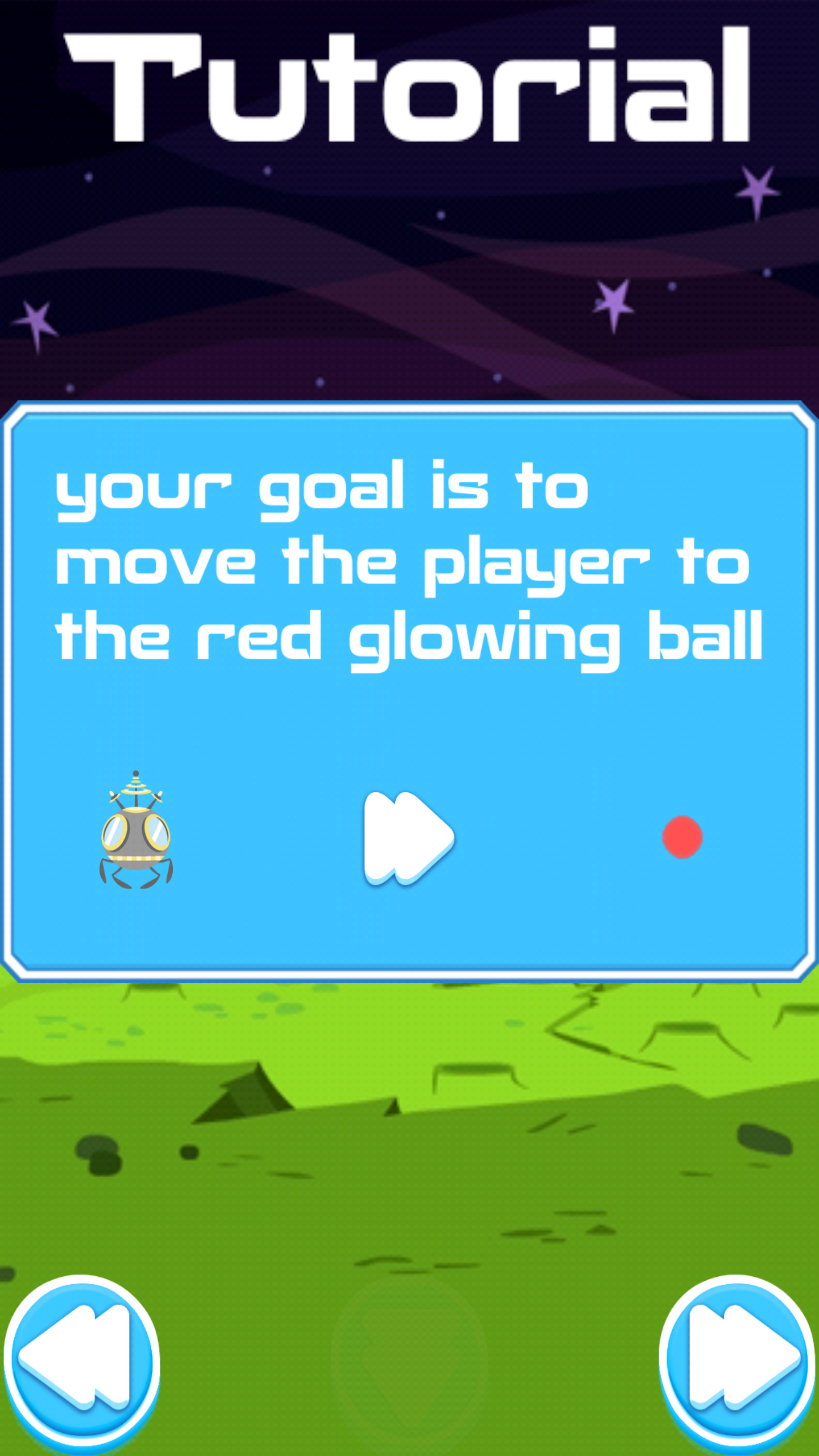 Lost In Space is a fun and addicting puzzle game inspired by Lunar Lockout.
There is a grid. On the grid there are a player and comets.
The goal is to move the player to the red glowing ball in the middle.
You can move both the player and the comets, but you can only move a character towards another one in the same row or column.

You move characters by swiping from them to a direction that they can go. Or you can change the controls to "press" in the settings and then you press on a character and arrows pointing to directions it can move to, appear. Then you press on the relevant arrow and the character moves.