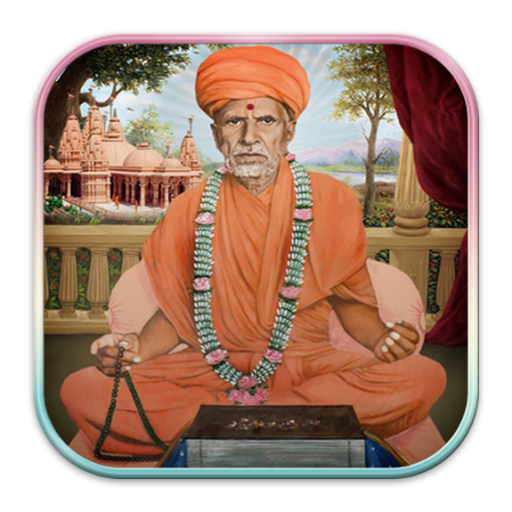 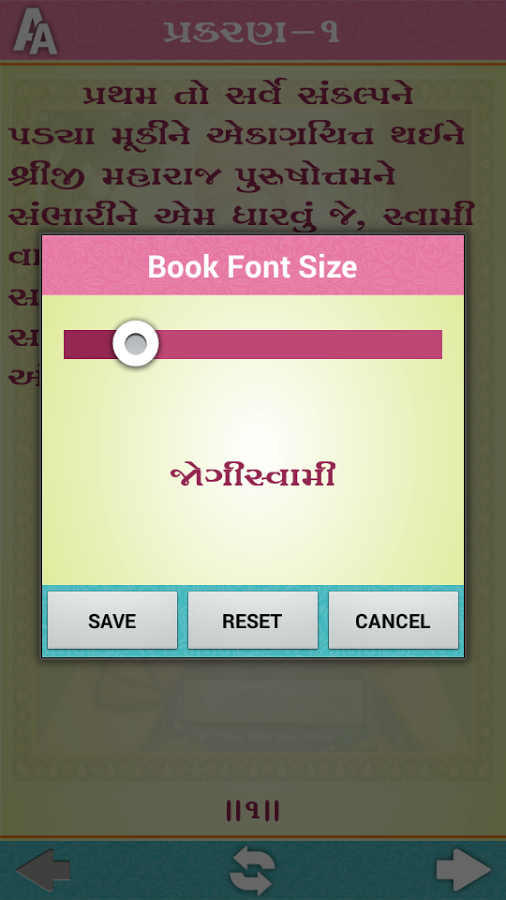 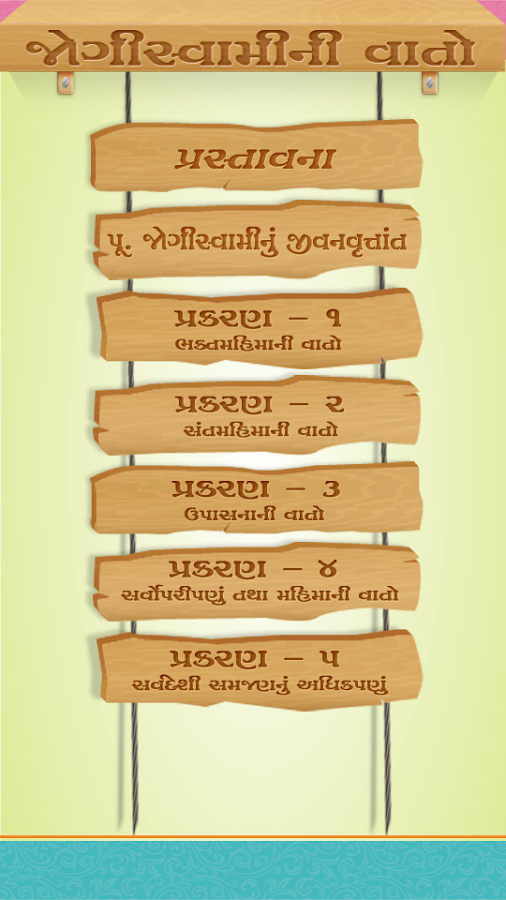 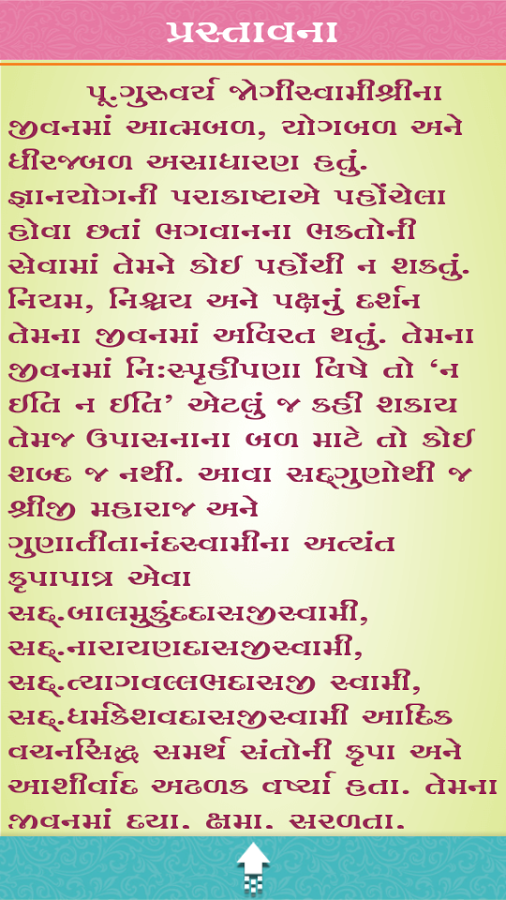 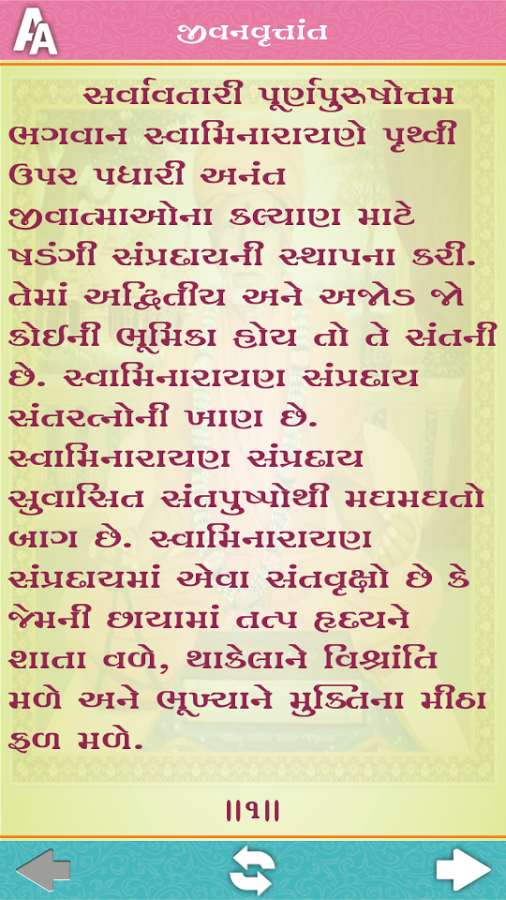 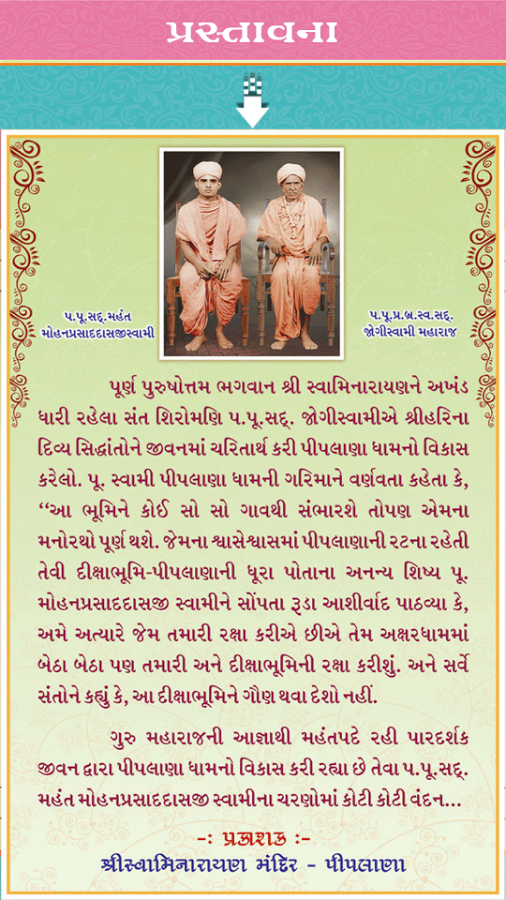 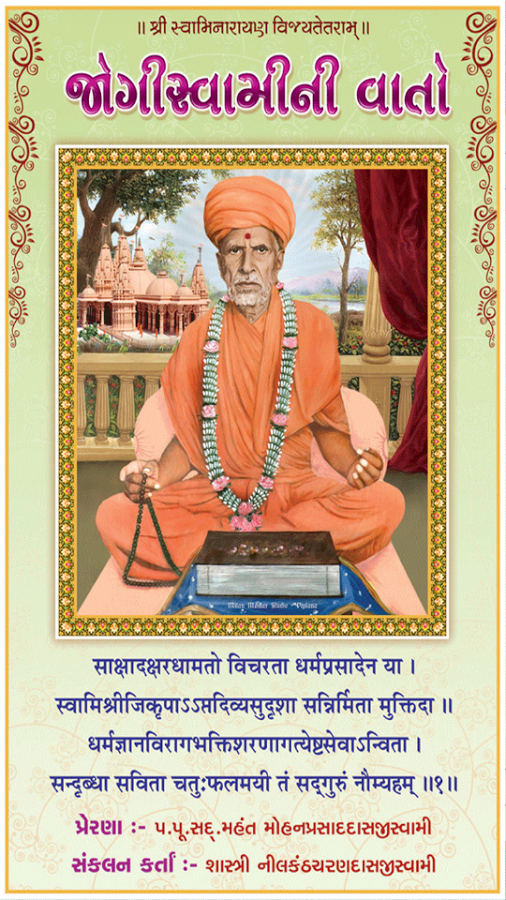 Param Pujya Sadguruvarya Jogi Swami Dharmaprasaddasji Swami was a great saint. He was a true worshipper of supreme God, shri Swaminarayan Bhagwan who is the source all incarnations & controller of innumerable universes. Jogi Swami has nicely delivered the nectar of the best scripture “Vachanamrut” to innumerable people and has inspired & led them to the path of salvation. In an effort to free self from the obligations, with the pious inspirations from the chairman of satsang sabha param bhakt muktraj shri Panara Jethabapa, param pujya sadguru shashtri shri Balkrishnadasji had commenced writing the talks of Jogi Swami on the tenth day of first half of Vaisakh month of Samvat Year of 2031. With the concentrated mind remaining in the state of divineness he has accomplished this task of writing this book till fourth day of Aaso month of Samvat year 2038. Without the grace of the god along with the blessings of the Guru Jogi Swami and the devotees of the God it is impossible to compile this book containing the talks as it is given by Jogi Swami. The original manuscripts of this scripture are very well preserved by Param Pujya Sadguru Mahant Shri Mohanprasaddasji Swami who is greatly blessed by Pujya Jogi Swami. He has given the true virture of hospitality. He has gracefully given understanding of true religious tenets and was frequently reminding the religious principles of Guru Maharaj Jogi Swami. He has kept this path of worshipping completely pure & pious. At the beginning of writing this book I express my total reverence to both these Sadgurus.