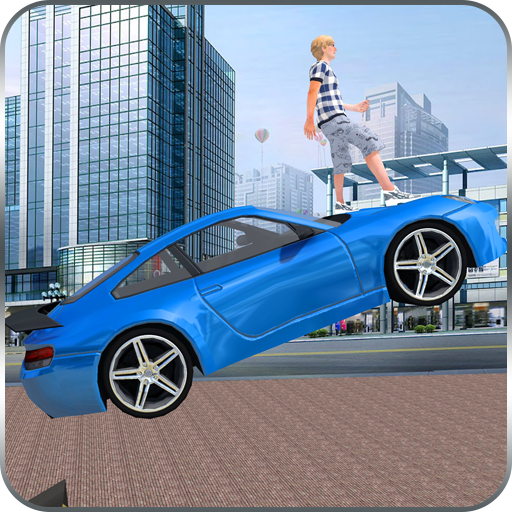 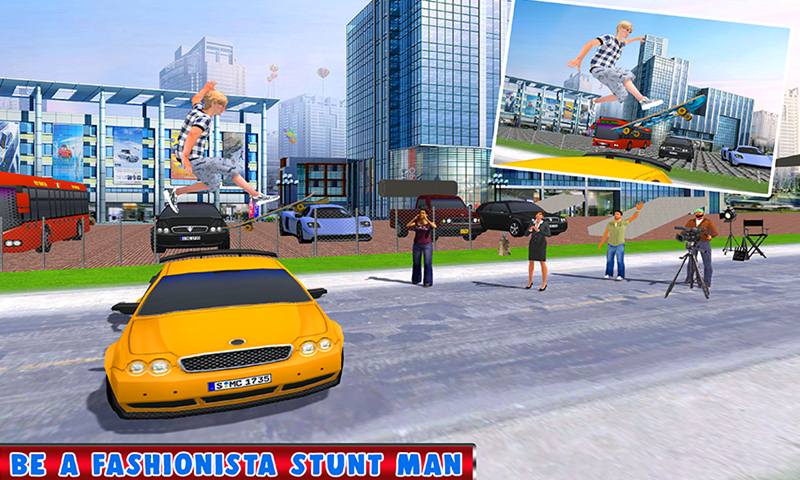 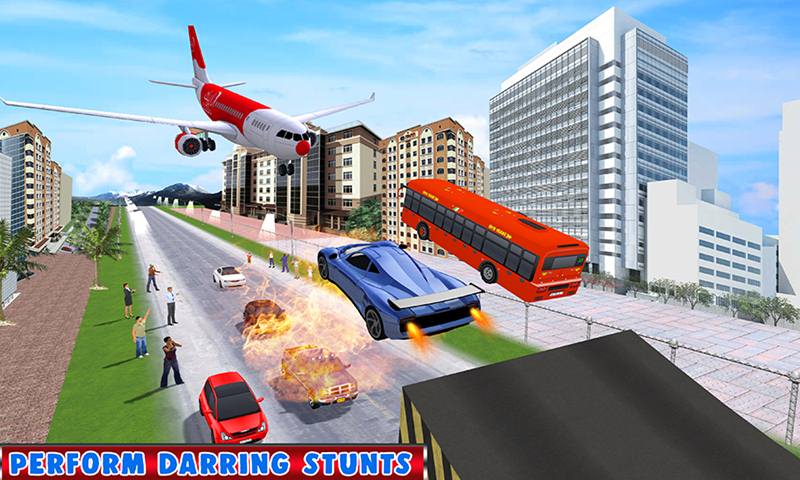 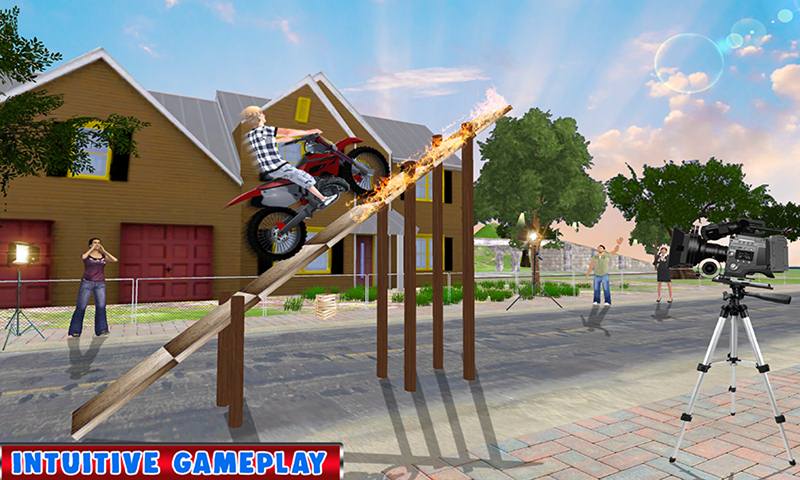 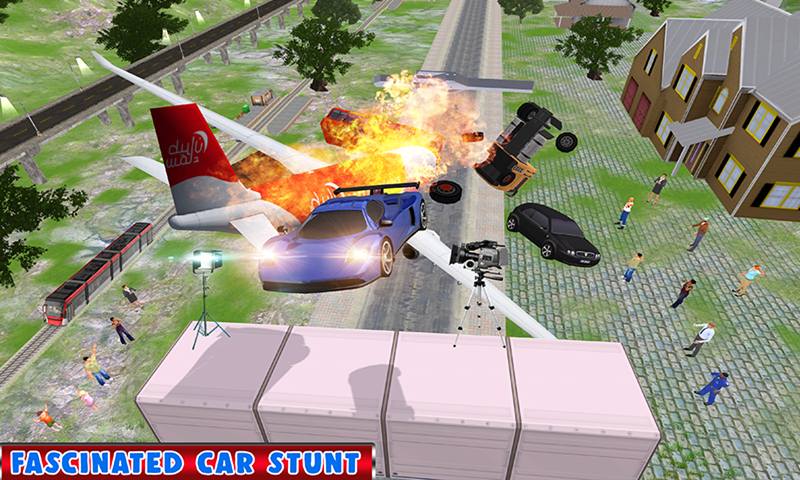 The task executed by a stunt man, your favorite super star will never think about to do in their actual life. Your favorite movies star not really perform these dangerous stunts but these breathtaking and deadliest task executed by a stunts man. There is nothing important than a life, but people love to watch such kind of action in movies. Mostly untrained and crazy people suffer from the serious injuries or they lose their life while doing these difficult tasks.

You are going to perform these stunts in your real life as a professional stunt man. Hold on your breath this Hollywood Action Stunt Simulator will give you the realistic feeling that are flowing in the mind of a stunt man. Become a fashionista stunt man, impress the Hollywood industry with your attractive moves so that the producers and movie directors can sign an action movie with you. Choose your favorite sports car, heavy bike, skateboard to perform challenging and deadly stunt in front of camera crew.

Get ready to enjoy the Hollywood Action Stunt Simulator that especially designed for the racing games, Hollywood games and stunt games lovers. This incredible stunt game contains the most dangerous and action stunt for you that are never try before in action movie games. Choose sports car, skating board and heavy bike to perform stunt in Hollywood Action Stunt Simulator. 3D industrial area and stunt mania environment especially made for performing the deadliest stunts. Drive the sports car at a nimble speed and jump from the ramp with your sports car above the destroyed cars. Grip tightly while execution of the dangerous stunt any mistake from your luxury sports car will be destroy. You also have to drive the heavy bike and jump inside the tunnel while jumping from the bridge ramp. The game play is not over yet you also choose the skateboard to jump from one bridge to another bridge. Incredible bike, car and skating controls provided to the users that made this controlling smooth and addictive. Amazing camera angles by the camera crew will give you realistic feeling as you are actually performing these stunts.

Enjoy the unique Hollywood Action Stunt Simulator that contains the spectacular stunts for you to perform with sports car, skateboard and with the heavy bike too. You are going to over exited because this simulation is free of cost, just grab this simulation and show your strategy while performing the challenging stunts. Impress the movies director and Hollywood industry with your charming moves.