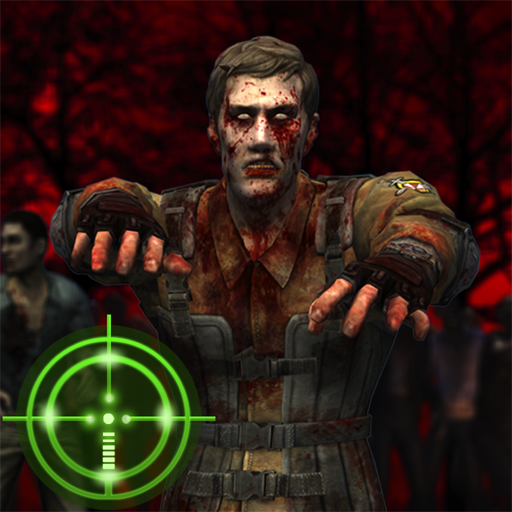 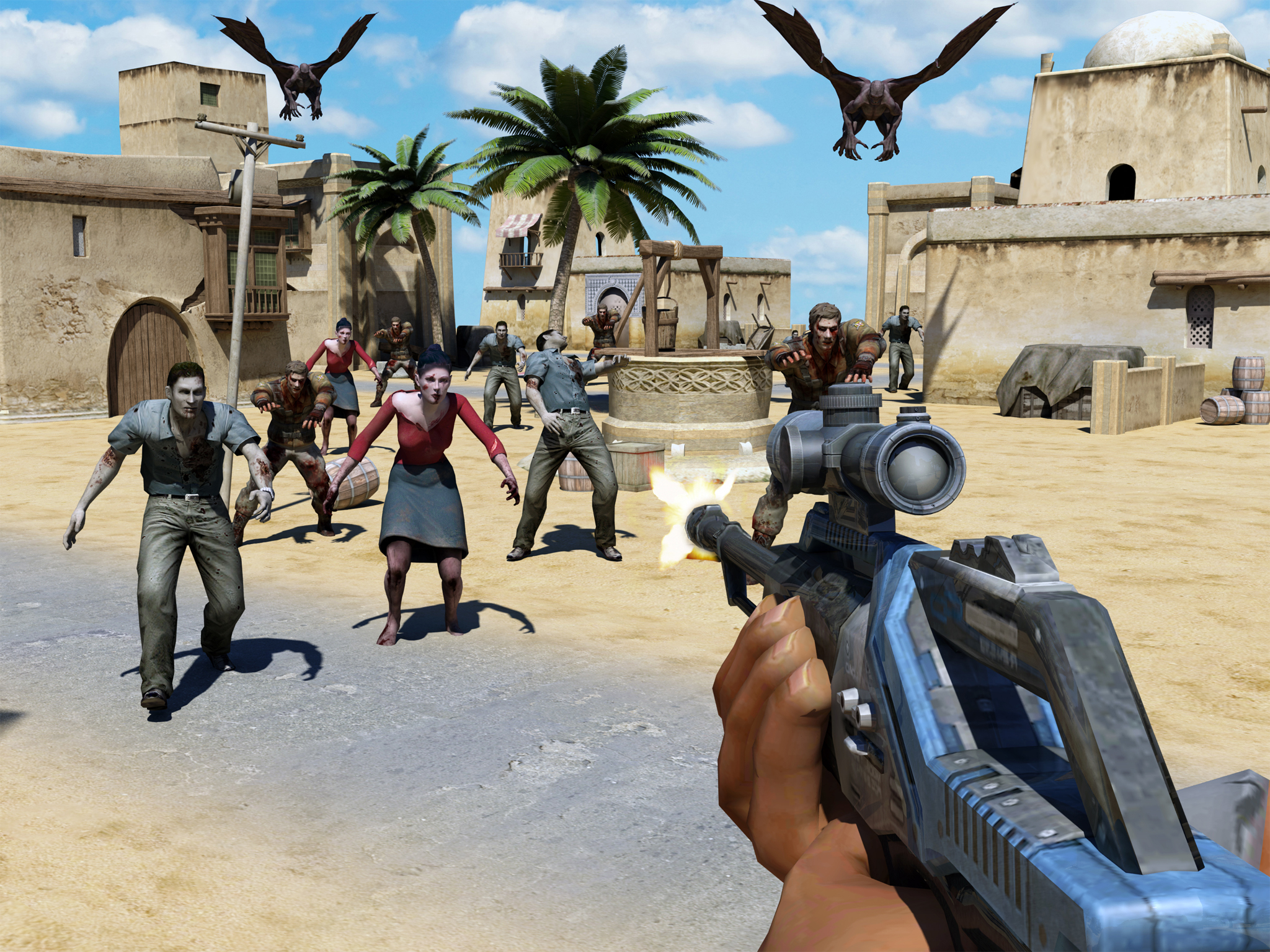 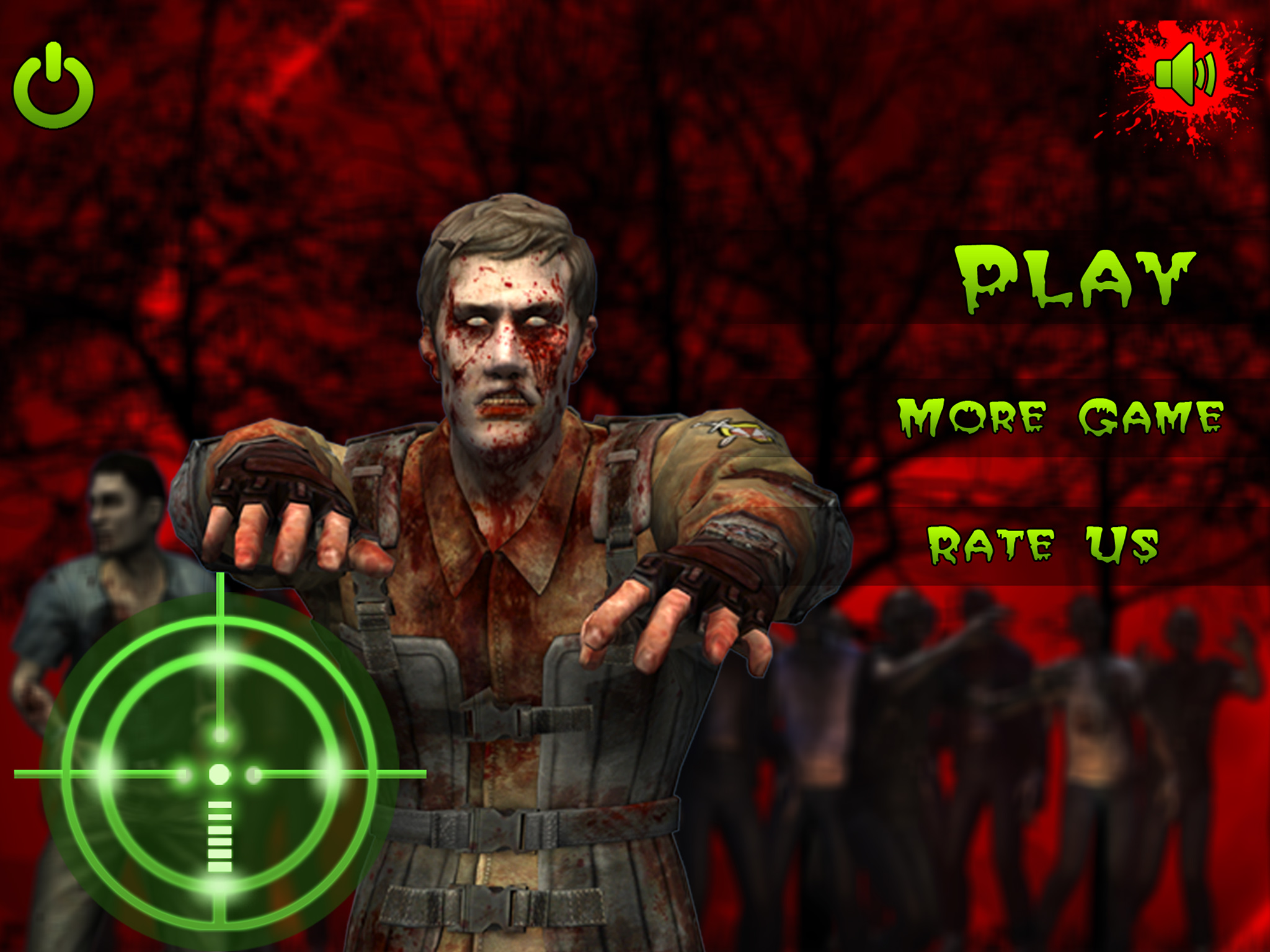 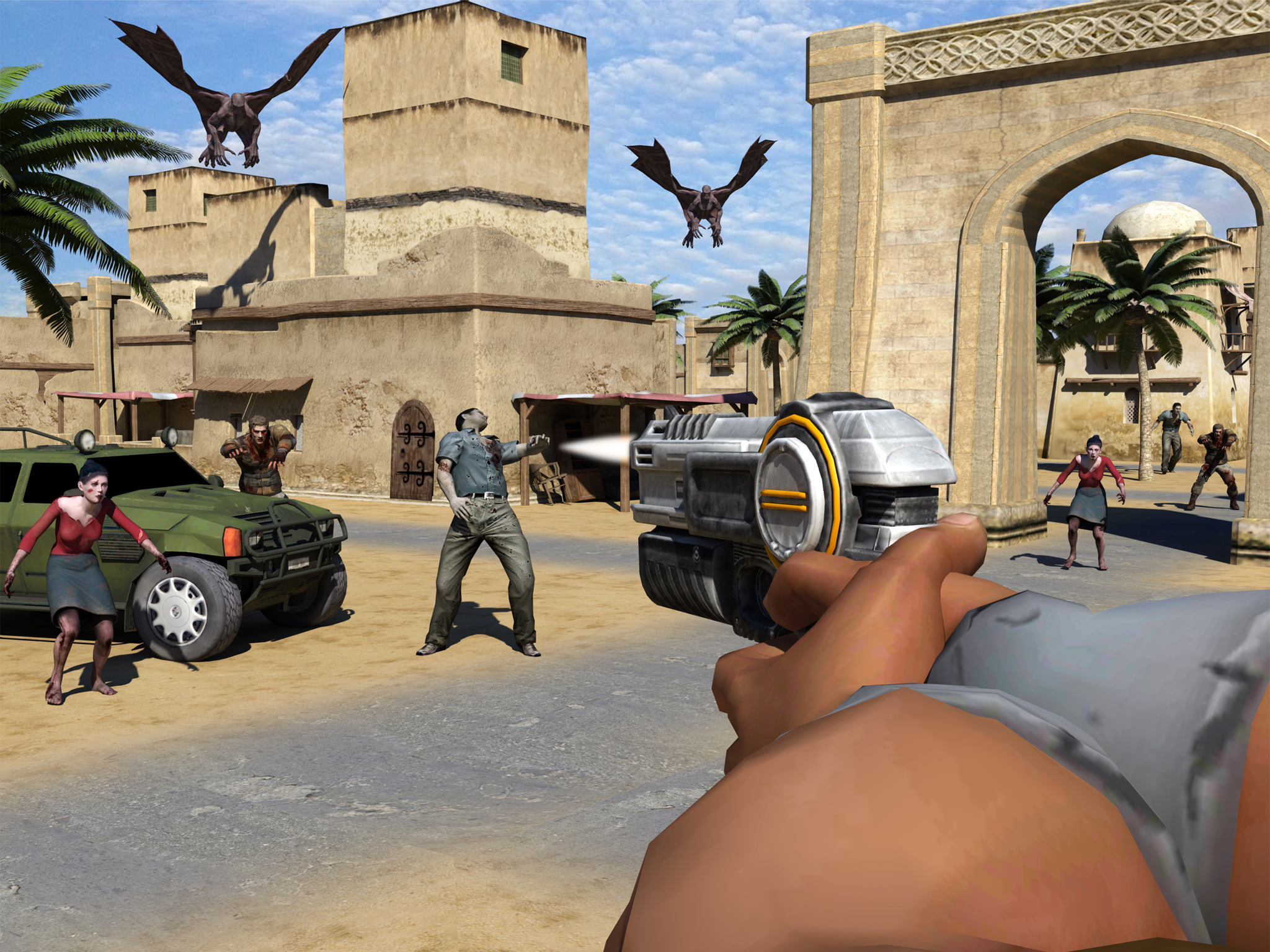 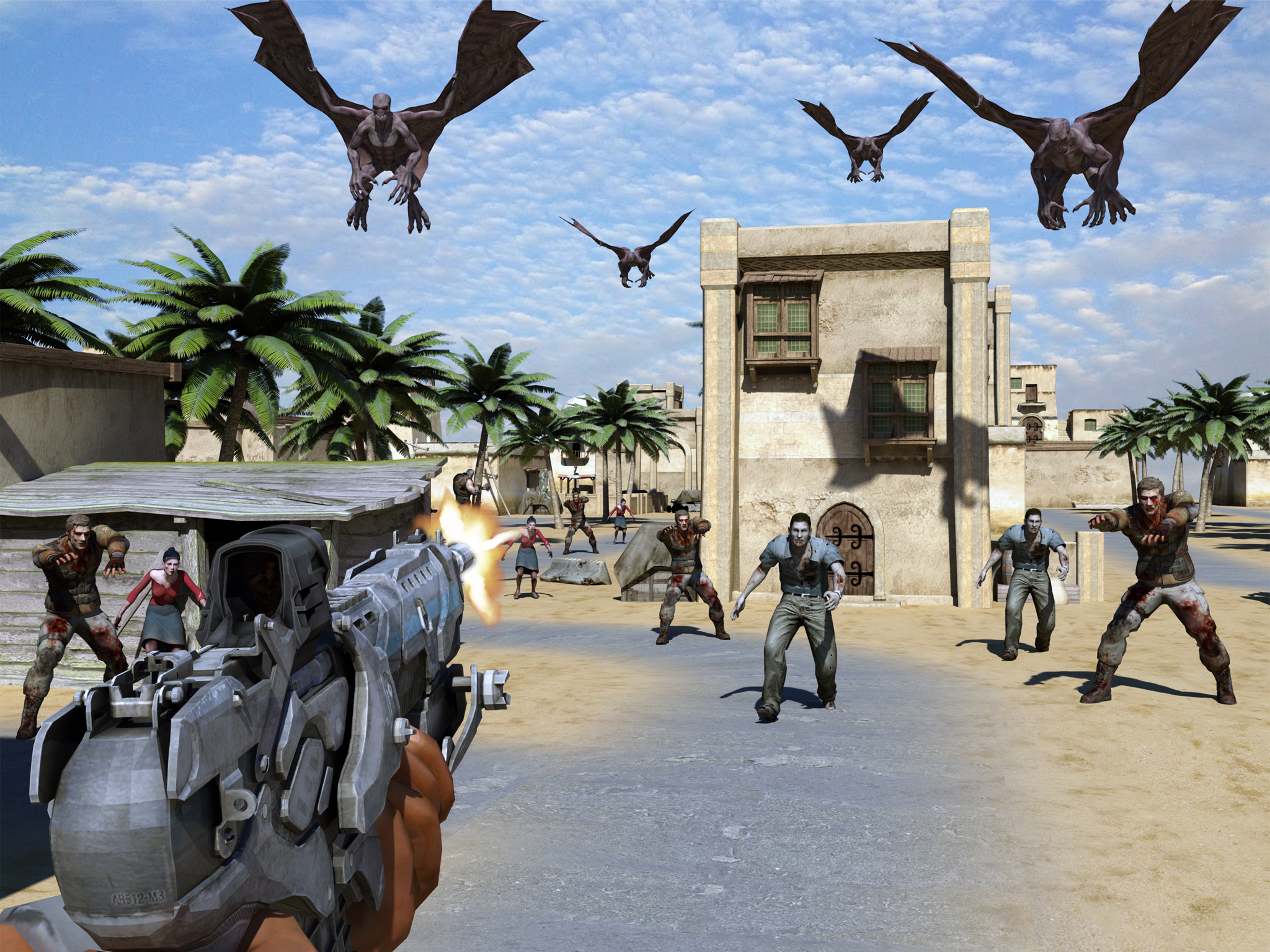 This is a new saga of First Person Gunner Trigger zombie Battle game ! Now, it's time to equip your weapon, and fight against with mummys!
One hundred years after human won the Zombie War, the zombies who have been hibernating stage a comeback.
The world is taken over by the walking dead surfers around who devour any living thing they catch or hit.
It's up to you to not only survive but to build, lead, fit and fight your way as you rebuild this world.

The DeadHeads, running deadzombies which increase the thrill of playing the Gunner Trigger zombie Battle in a 3D environment can come from all the Desert city.
RestlessDead are weak at the neck and head part, so try to shoot them at head part to see the head shot effect.
Fire, fire, fire! shot, shot, shot, kill all the zombies!