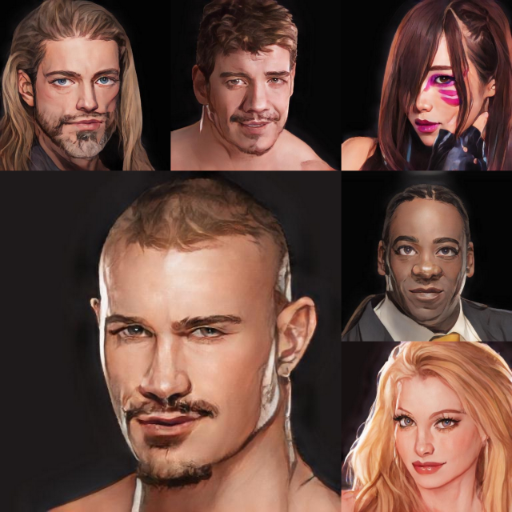 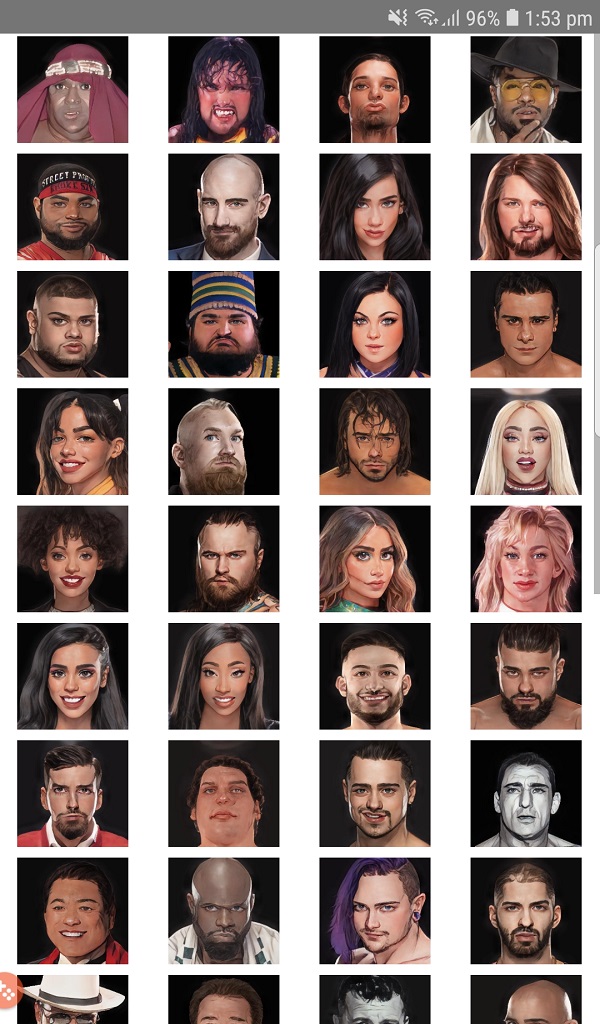 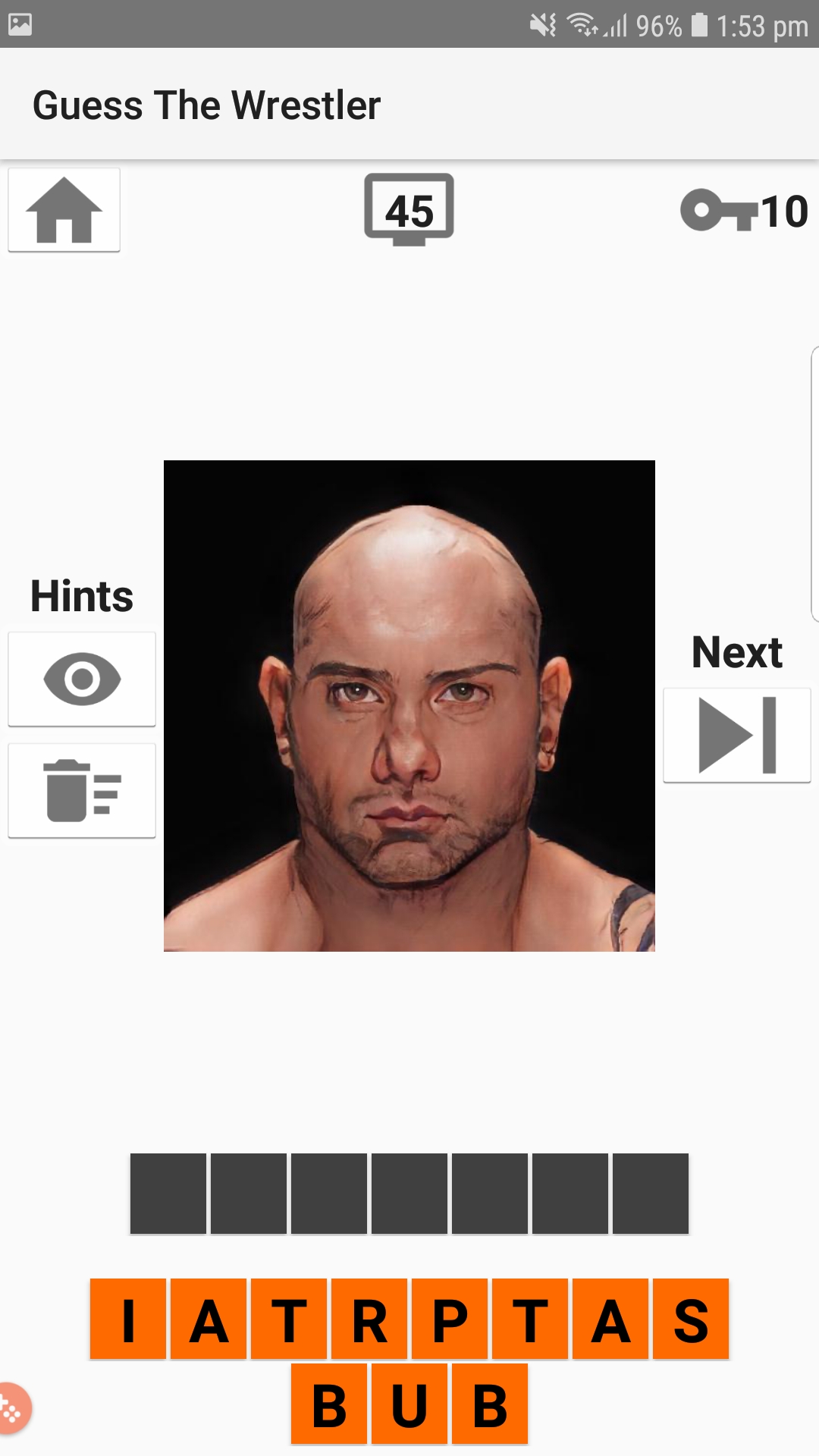 This is a guessing game whereby you guess the name of your favorite wrestlers around the world from just a pic provided in the app. Which wrestling universe will reign? That's up to you.

Guess The Cartoon WWE Superstar Wrestler. it is a Free Puzzle Game Made For Everyone!! SmackDown and Raw Superstars!

Guess cartoon WWE Superstar Wrestlers Quiz Trivia 2022 which is available to play online and also free to play! If you like to exercise your brain and test your knowledge, you are in the right place

WWE is very popular in the sports world, so we want to test whether you are a true fan!

Guess The WWE Superstars - Wrestler 2022
- User need to select letters in order to complete guess the name of world wrestler
- Click on screen to maximize the cartoon world wrestler image
- Write the Wrestler's name in the blank space.
- User can use hints by using 1 key
- User can get letter hint by using 1 key
- 10 free keys everyday for beginners
- 600+ WWE Superstars
- User can reset game at any time to reguess them all again for entertainment
- This game is created for the fans of WWE(World Wrestling Entertainment)
- The next level will open when the wrestler's name is written correctly.
- Identification of WWE Wrestler in the picture shown.
- Wrestler mania, knocked down, raw superstar