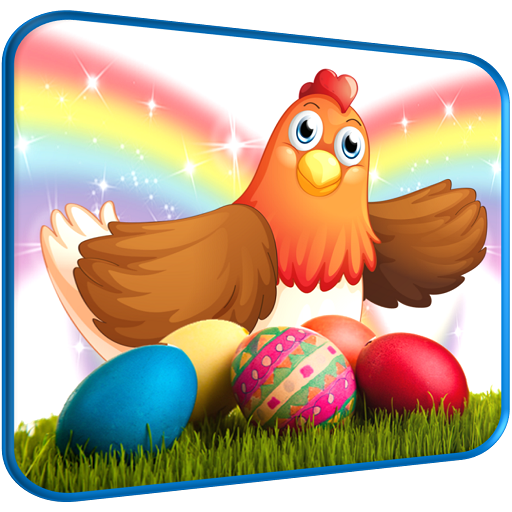 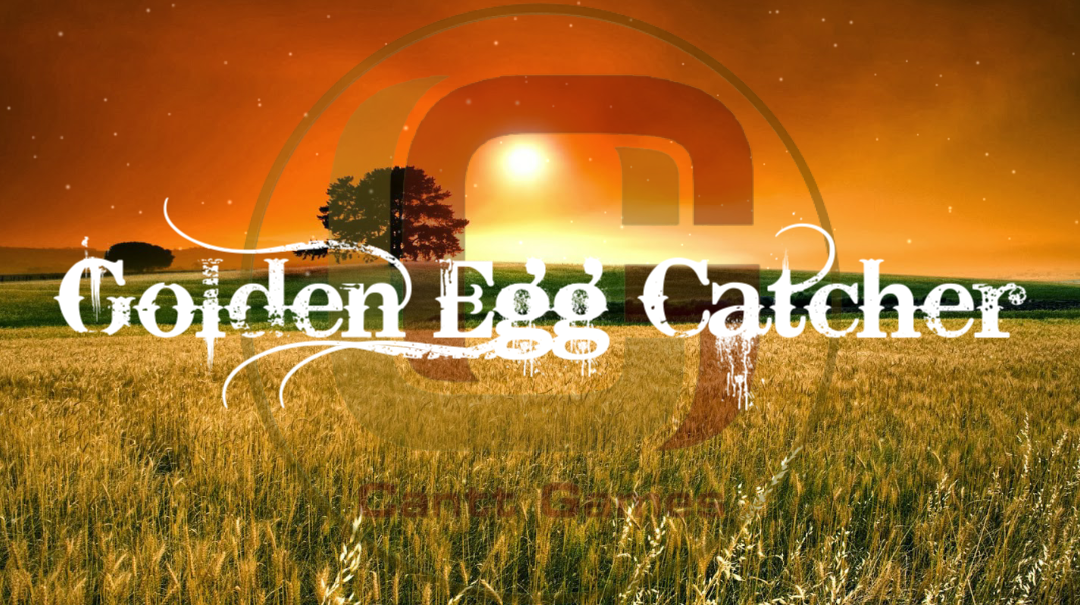 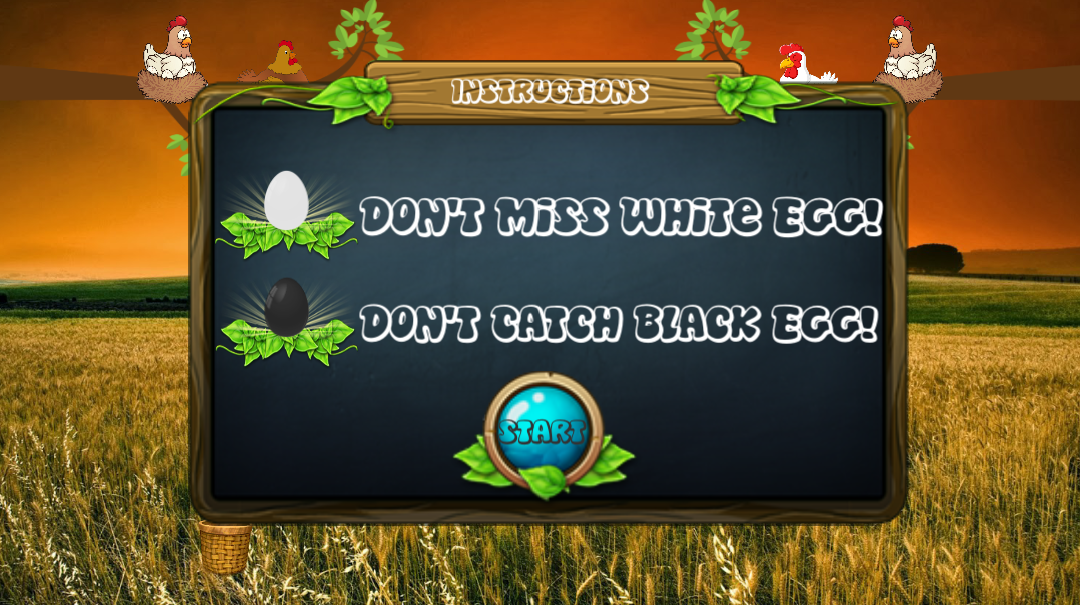 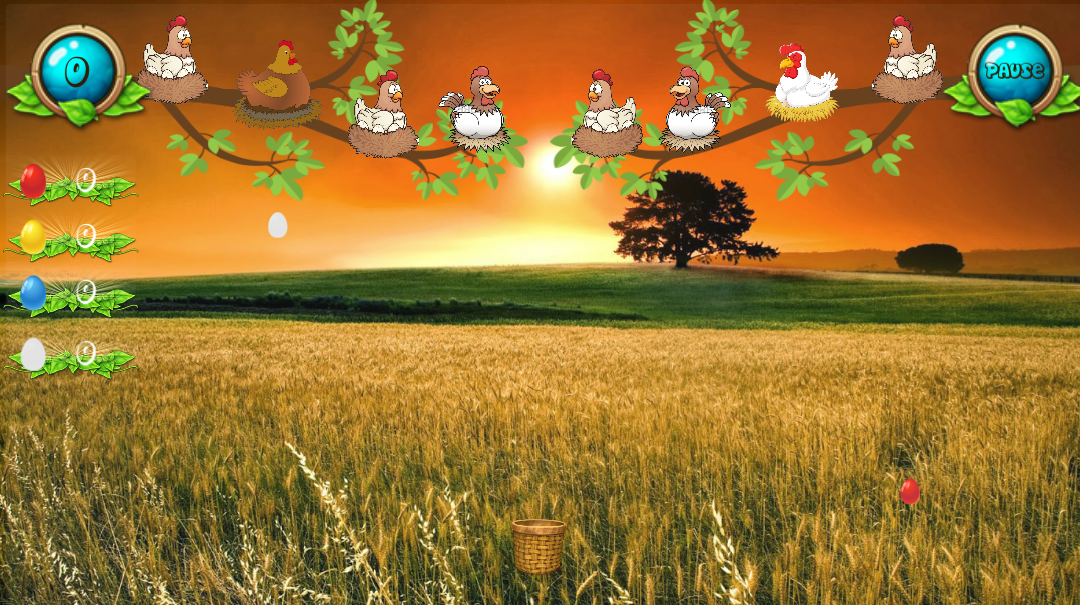 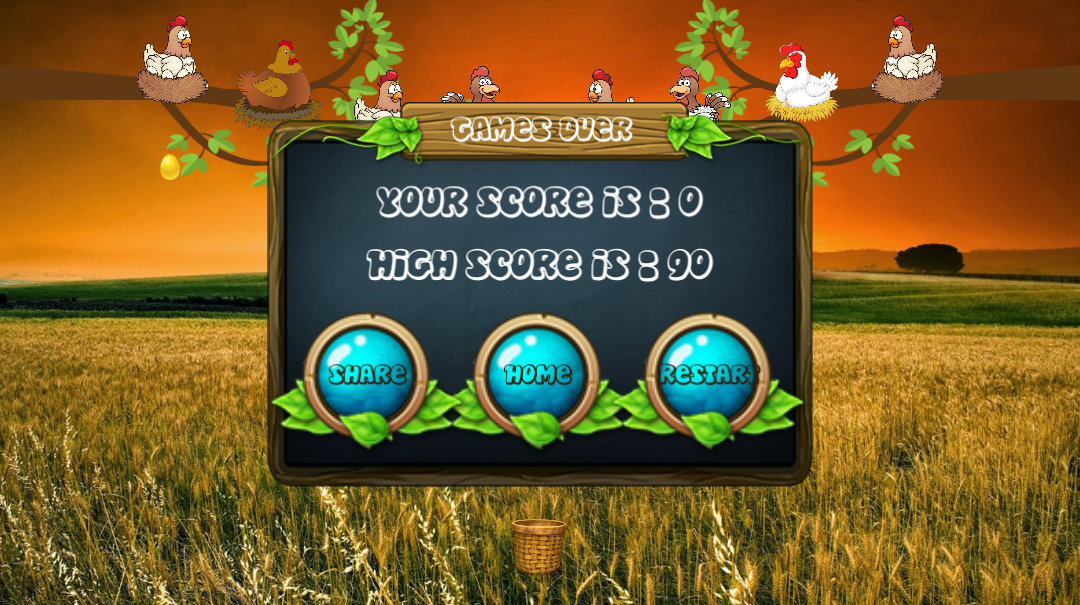 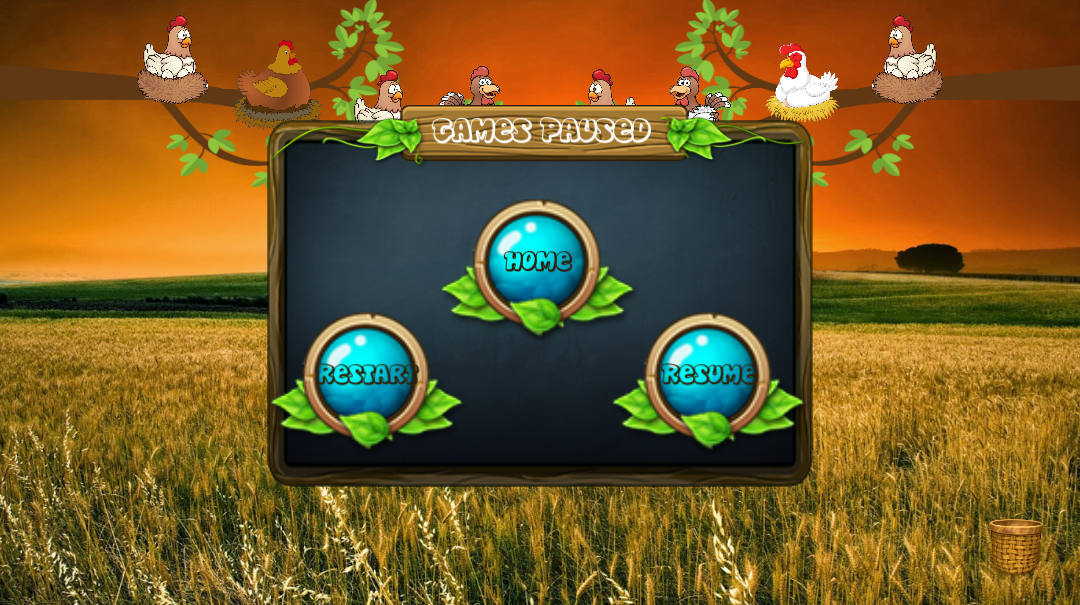 Golden Egg Catcher is one of the most exciting games and it’s totally free.
In this game your goal is to catch the white eggs as many as possible in the basket provided. Drag the basket left and right using your finger.

A new awesome chicken game, with astonishing graphics that is bound to give you an experience of the lifetime. Imagine a scenario when the chicken is laying eggs and you have to collect them because if they fall you lose life. Sounds exciting!! Go Ahead!!
4 crazy hens are sitting on a top and continuously laying eggs. Our super hero Baby is stands down to catch the all the eggs and fill the bucket. Our small Baby is very active and very fast.
Most exciting thing is its totally free. Must have for all the casual gamers out there.
If you catch the black egg, you will lose the game. Latest highest score will be stored in your phone which makes it competitive game when you play it for next time.
We made it so lovely and attractive that is fun for the whole family, especially for girls and kids!!
BEWARE!! It's an addicting game.
Egg catcher is an addicting and fun. The goal of the game is to catch the eggs

Golden Egg Catcher is one of those games which are going to keep you occupied for hours. The game play of the Golden Egg Catcher is a very easy player has to select a character which will be catching eggs that are thrown down from the sky where chickens are present.
The game is spanned over many different levels which increase the speed and the difficulty of the game. The goal of the game is to catch as many eggs as possible. Once the basket of the character is filled up then, the player needs to move the character to the left or right edge of the screen where the basket is then replaced with a blank one.
Golden Egg Catcher has very minimal controls and the user only has to move the character under the location of the falling eggs. Character is moved by tapping on left or right of the touch screen depending upon the direction in which the user wishes to move the character. There are four different characters that the game offers for the user to select from. Each of the four characters has a different number of lives, speed and number of egg it can carry in its basket that can be utilized during the game play.
The Golden Egg catcher is one of the most exciting game and it free of cost. Colorful eggs falling and you have to save them. Catch white eggs and especially golden eggs give you more point void from black eggs. If you catch black egg game will be over. This is simple and interesting game with awesome graphic. Especially for children and family friendly game. Make highest score and challenge to your friends and family.
Feature!
• It’s totally free game.
• Very interesting and simple game.
• Excellent and unique graphic.
• Endless game
• Colorful eggs white, golden and black.
• Children friendly

We created this lovely that is fun for the whole family and especially girls and children.
. Add-ons in Egg catcher game
- Leader boards from Google Play Games
- Achievements from Google Play Games
- Options to catch eggs and dollars
- Easy User Interface
How to play:
Tilt your device left and right to move basket.
Catch weight eggs in the basket to increase your score.
Catch maximum eggs within given time.
Have fun with this egg game!