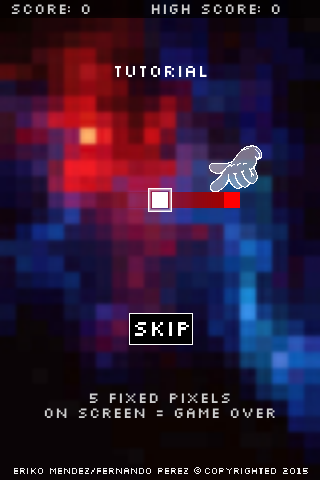 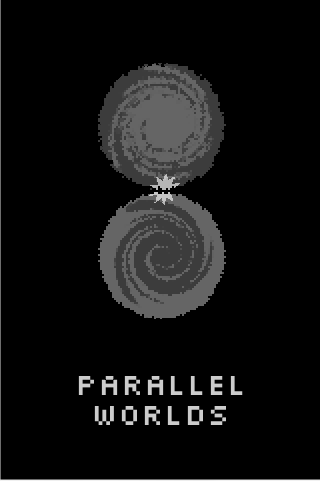 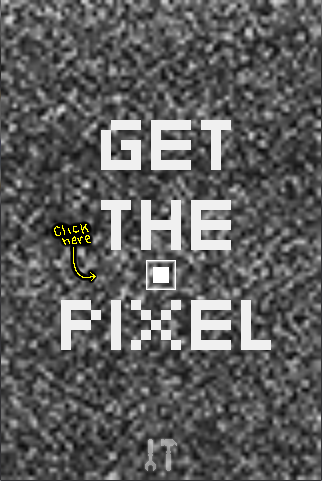 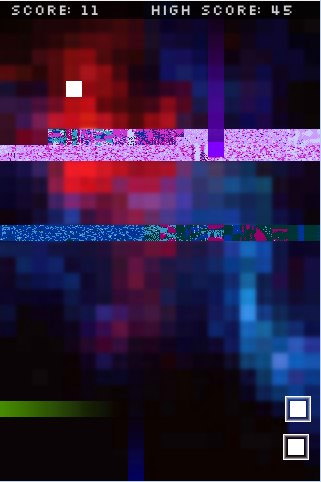 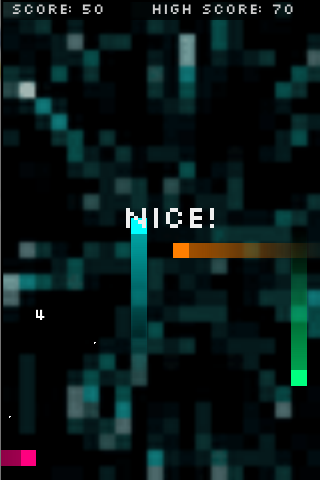 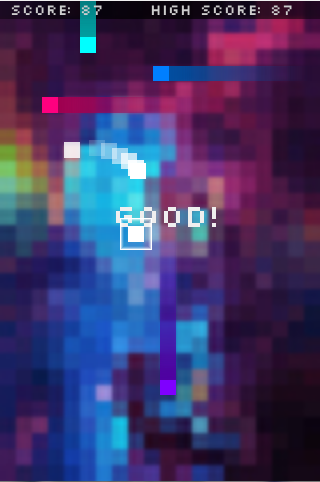 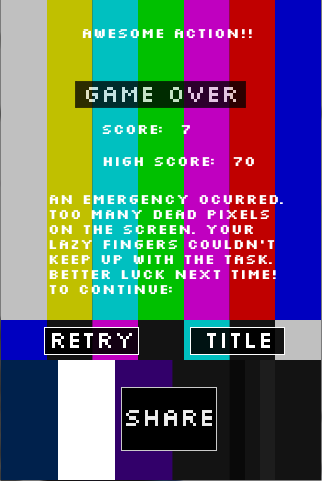 Cathode Ray City. A struggling, decaying place where everyone fight to survive. Rumors of a relentless group called Digital Age spread fear everywhere. Their objective: To overthrow the long-lived government of Analog, even if they have to destroy the city and build it from the ground up. Stop those pixel invaders. Defend the future of television! Are you fast enough?... ha ha! Don't take it too seriously. Just have fun!

Get The Pixel is a tribute to analog television(something kids these days would never know).

Game play: just tap those white pulsating pixels in order to destroy them. The more you destroy, the more points you get. But do it fast! That will give you even more points. If so happens that you allow 5 pixels on the screen, it's game over (not to mention Cathode Ray City will be destroyed. So, no pressure) Oh! by the way, there are certain special pixels worth 2 to 4 times more points than normal ones.