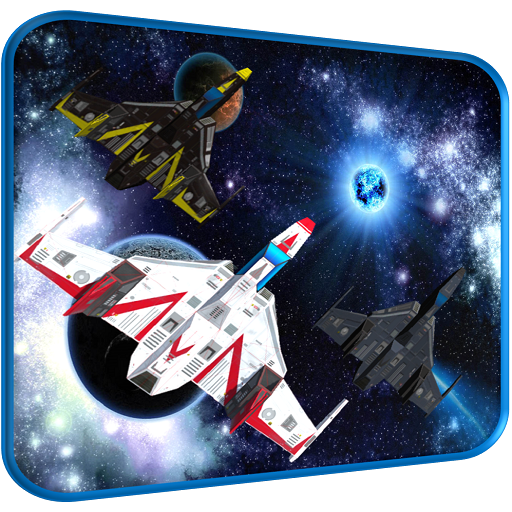 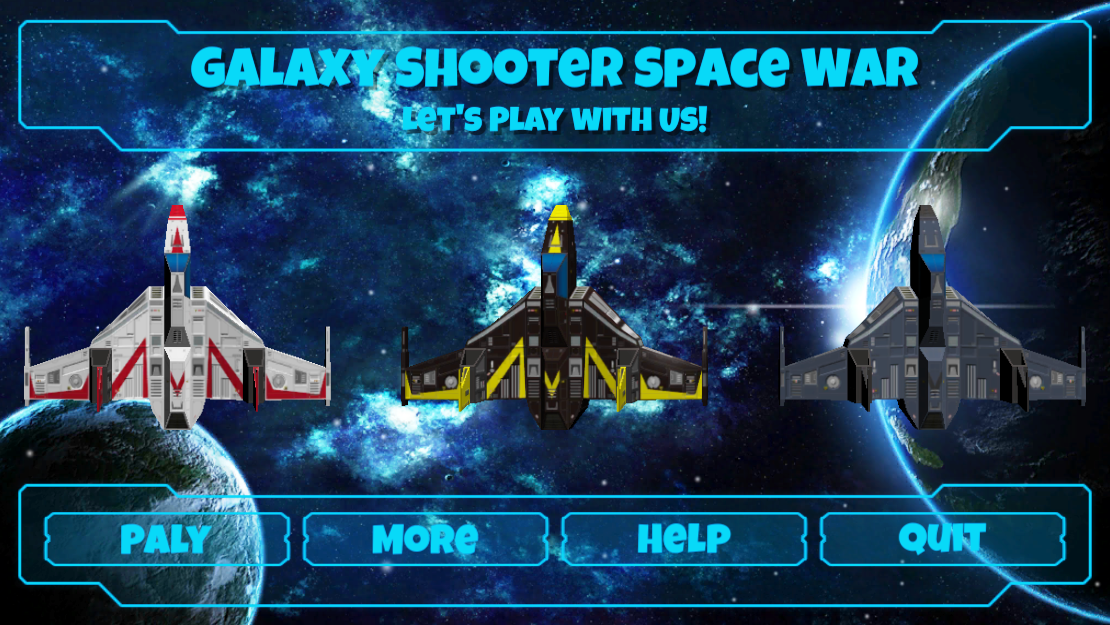 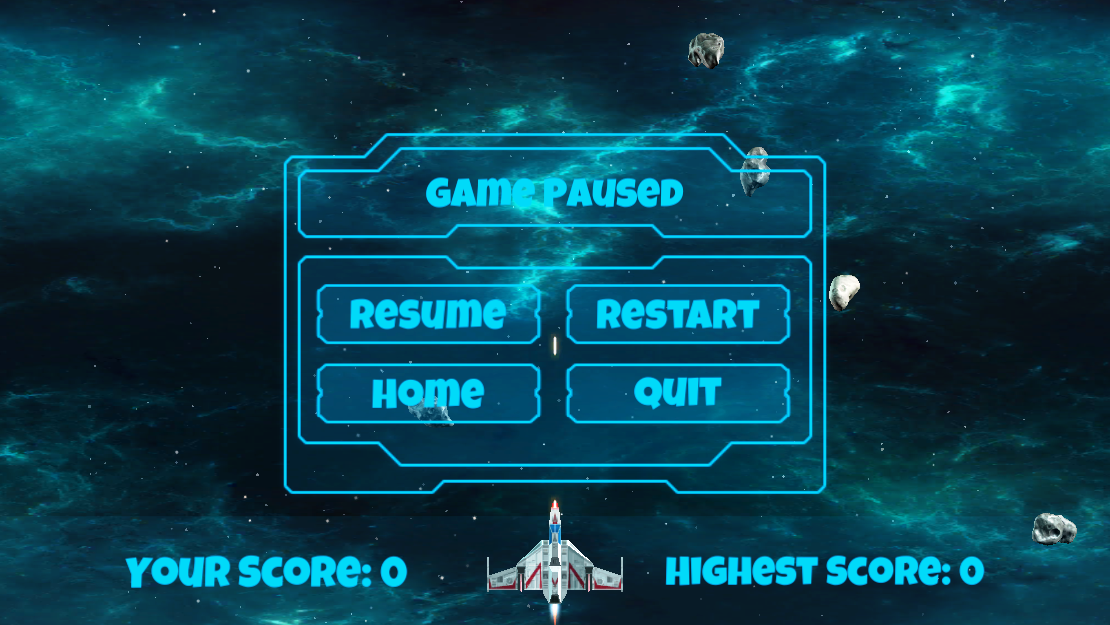 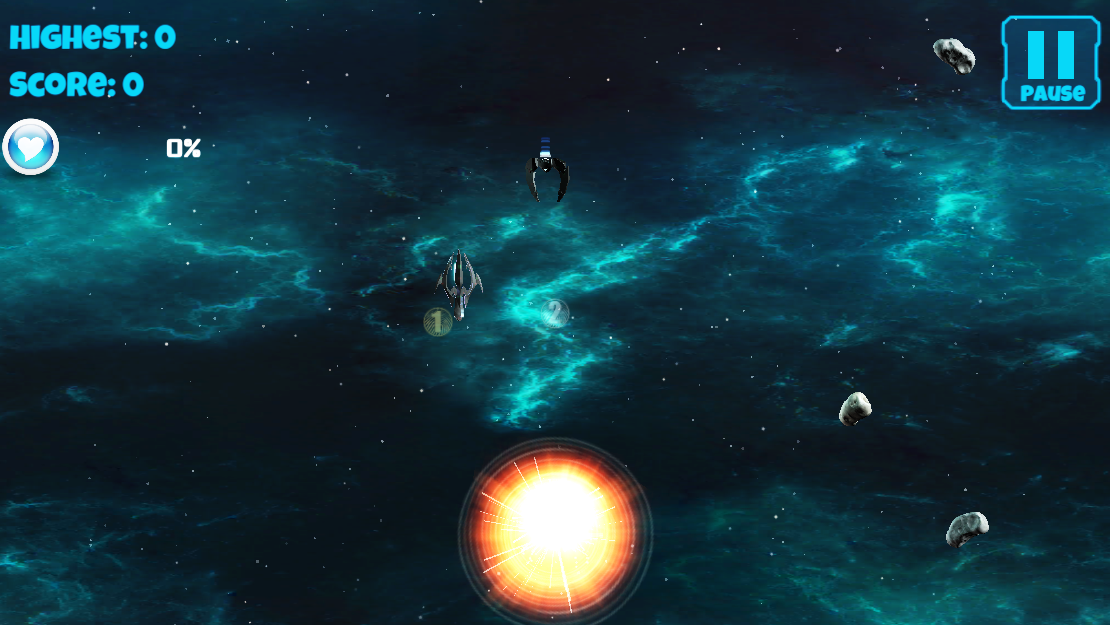 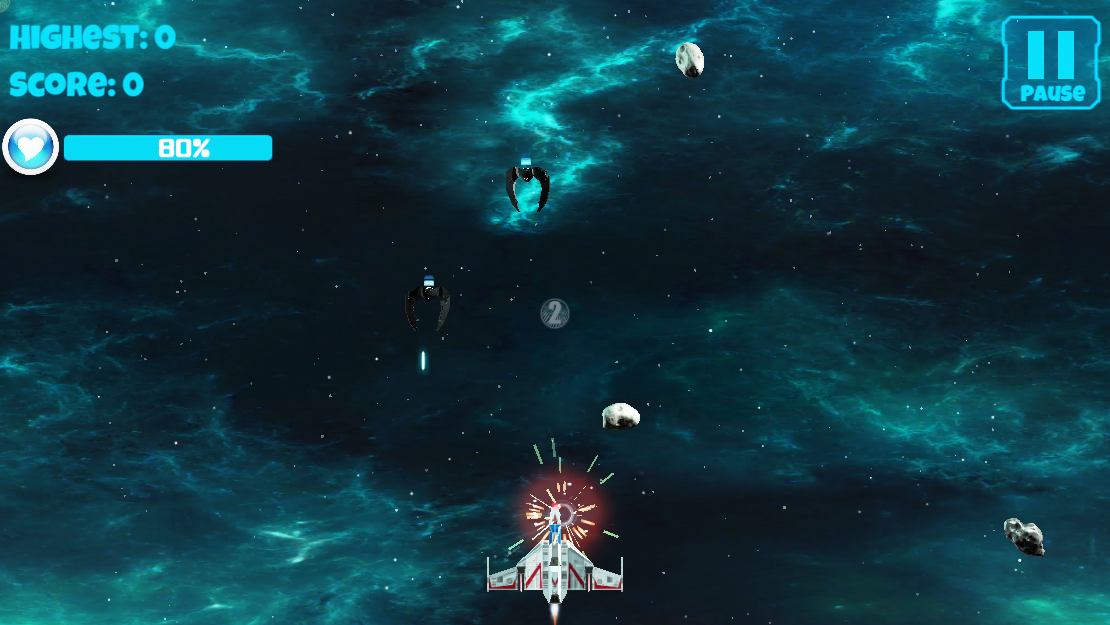 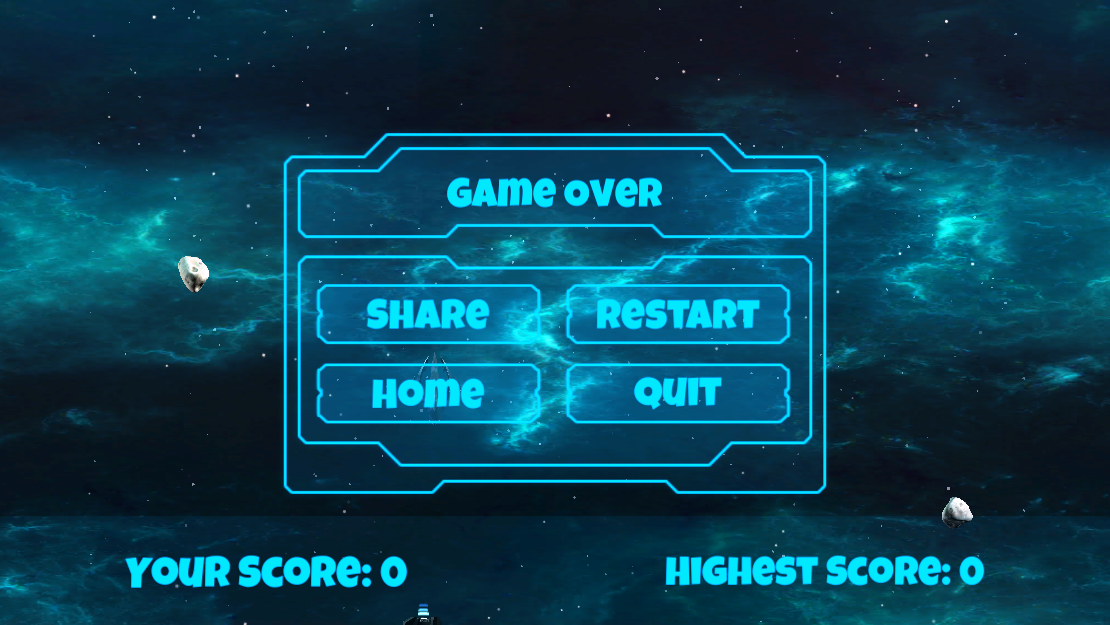 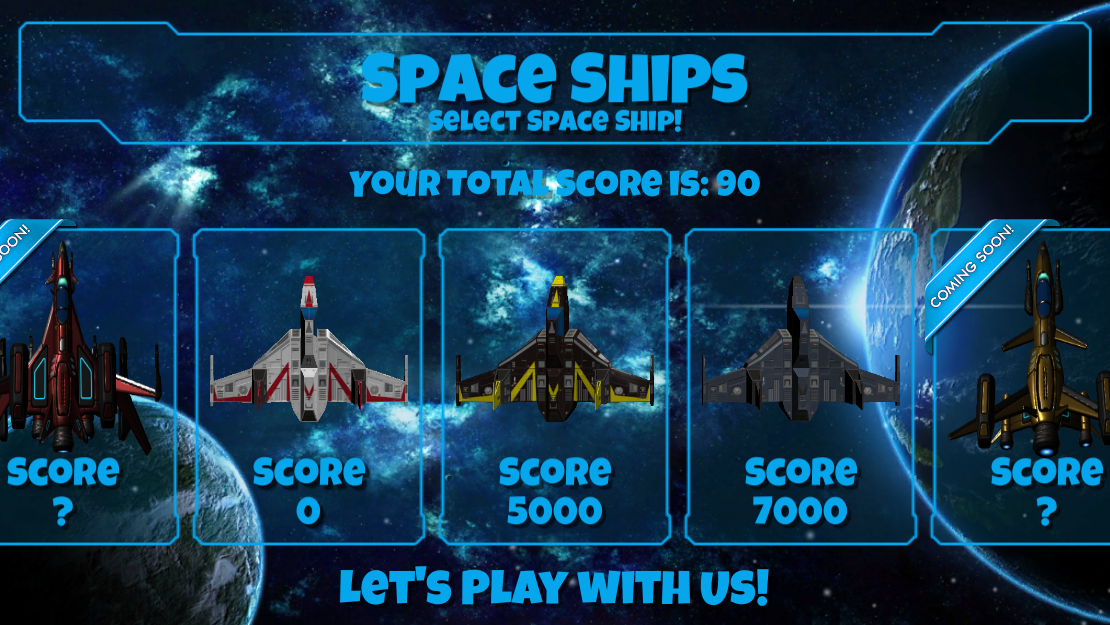 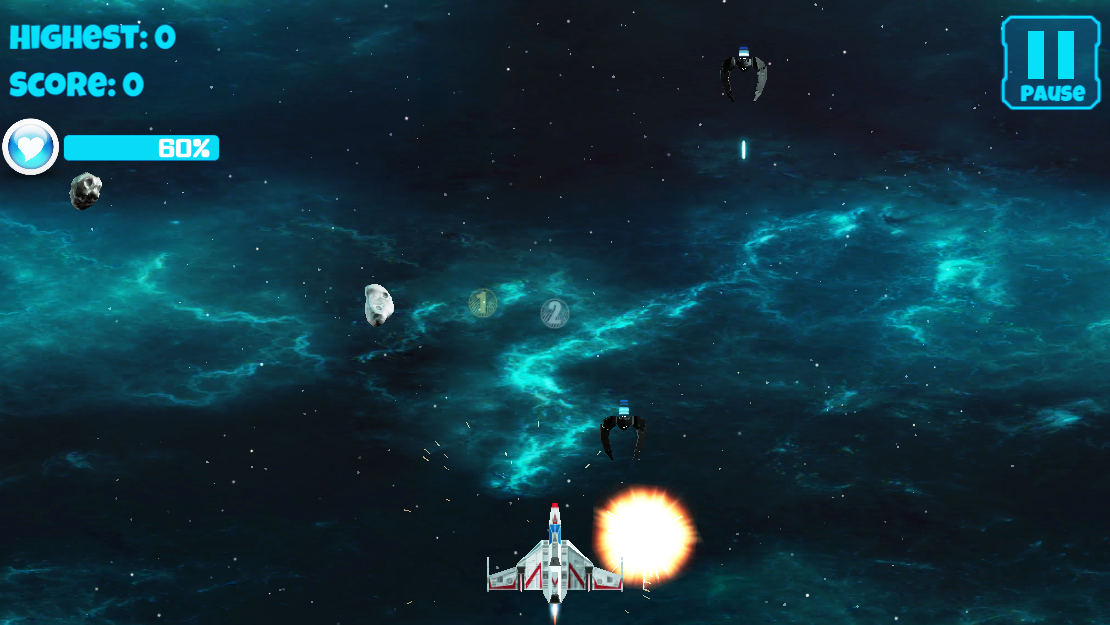 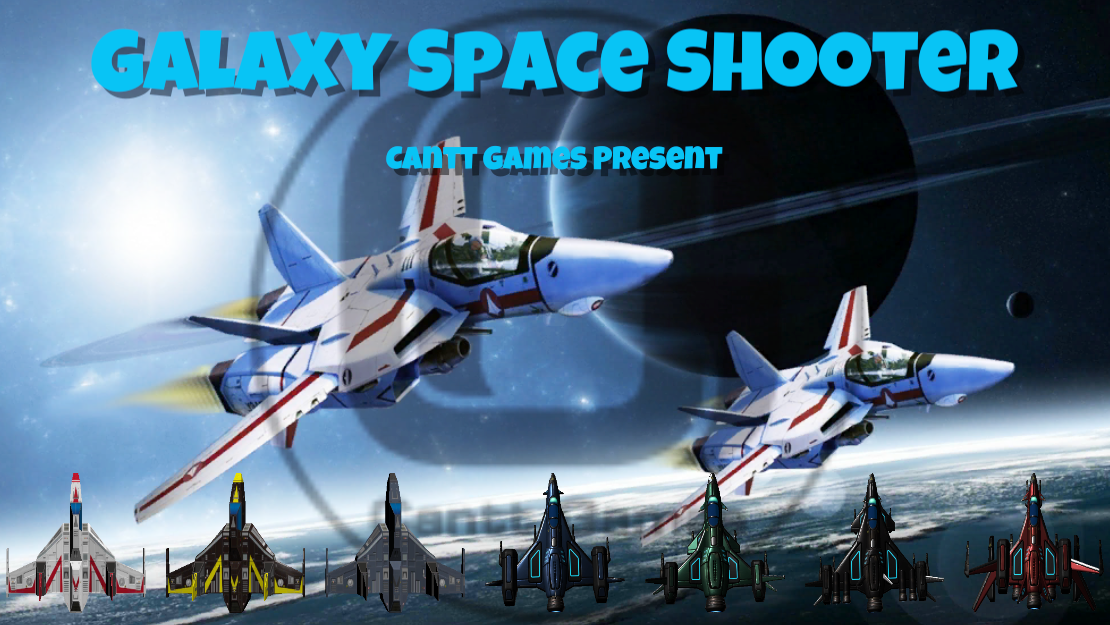 Cantt Games Presents Galaxy Shooter Space War HD.
Galaxy Shooter Space War HD is a fast-paced top-down perspective shoot space war game.
Required skills are more than fast reactions and memorizing enemy invader attack patterns.
This Galaxy Shooter Space War HD is an exciting addictive epic galaxy war game with 120+ missions, 100+ invaders and a lot of spaceship upgrades.
The player must also have strategy skills to equip proper upgrades and use the appropriate skills during specific space missions over 16 star systems to guard the galaxies.
Start your spaceship engines and join to this ultimate galactic war game. Aboard your spacecraft, you will have to get rid of a large number of enemies while dodging their attacks. Will you be skilled enough to understand your enemies’ strategy and attack patterns?

Space intruders attempt to destroy your spacecraft by firing at it while they approach the bottom of the screen. If they reach the bottom, the alien invasion is successful and the game ends. A special "mystery ship" will occasionally move across the top of the screen and award bonus points if destroyed. Your spacecraft is partially protected by several stationary defense bunkers that are gradually destroyed by a numerous amount of blasts from the invaders or player.

In this "bullet hell" shooter game, you will be faced with an increasingly large number of projectiles and enemies. As the game progresses, you will earn the right to upgrade your spacecraft to bring it to full lethal capacity. Press screen to move, destroy enemies in your adventure! Your goal will be quite challenging as you will have to save the Universe from its evil enemies.

The hottest Galaxy Shooter Space War HD game is no push over, but the invigorating game play and vast library of achievements will keep both casual players and hardcore gamers hooked as you upgrade your fighter and take it a little deeper into the incredible battlefield time after time. Command your Galaxy Shooter Space War HD to galactic conquest! Galaxy Shooter Space War HD is a space combat fighter game that has been waiting for a hero like you. In addition, you can also buy various credit packs and purchase your own space station in order to stock valuable goods and park or even pimp your favorite space ships.

• For enemies at far distance, use the telescope for sniper shoot.
• Detect enemies by the help of radar and Map.
• In each Mission you need to kill all enemies

Galaxy Shooter Space War HD Features:
* The game is packed with 110 levels giving you hours of fun for you and your friends.
* Amazing Lighting and Special Effects
* Precision controls
* charming sound and music, with HD graphics.
* 4 different weapons.
* 5 different enemy types.
* 3 Bosses with rich attack patterns and transformations.
Simple game rule but it's surprisingly challenging.
The Galaxy's future is now in your hands. Download “Galaxy Shooter Space War HD” and play now, you can do it!