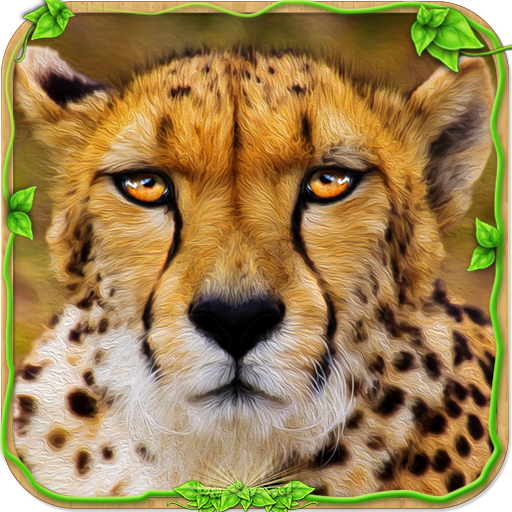 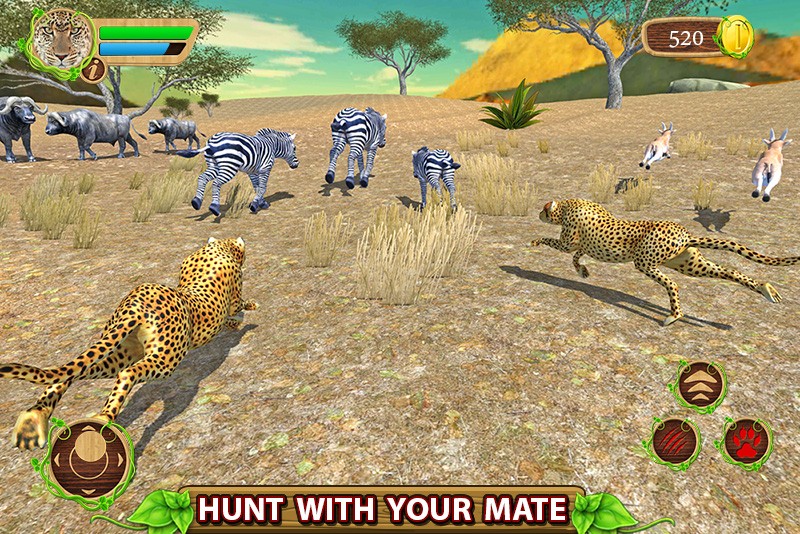 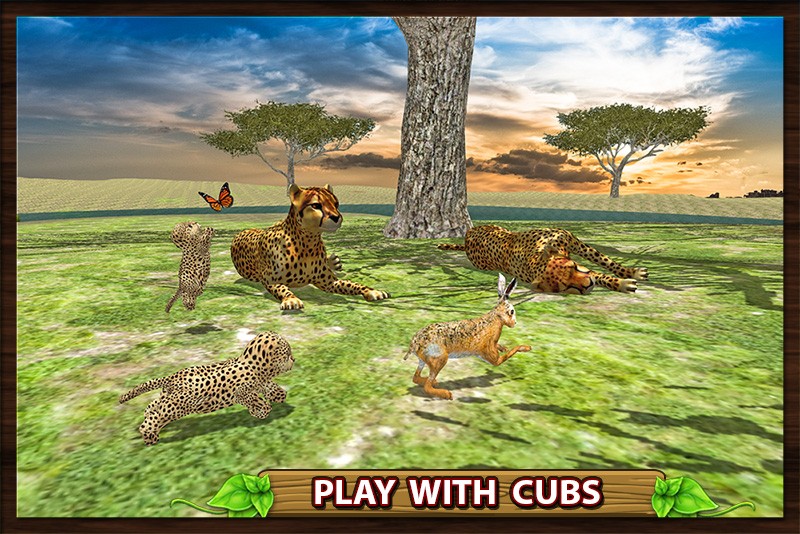 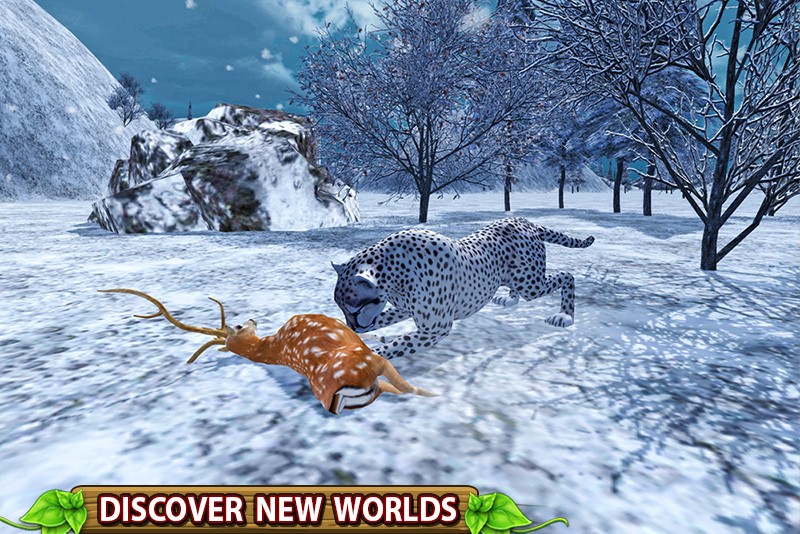 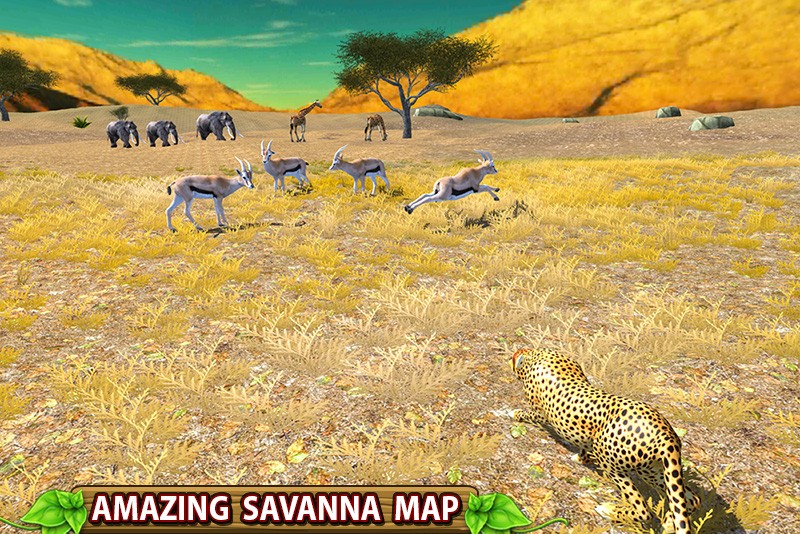 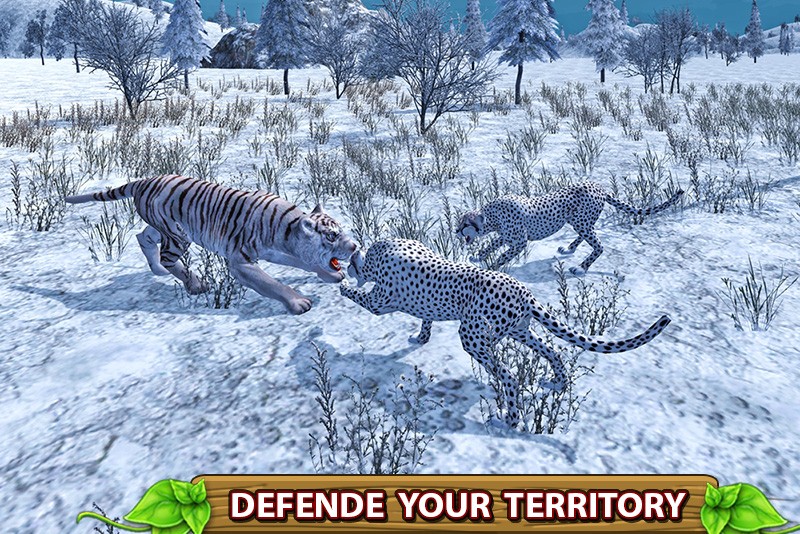 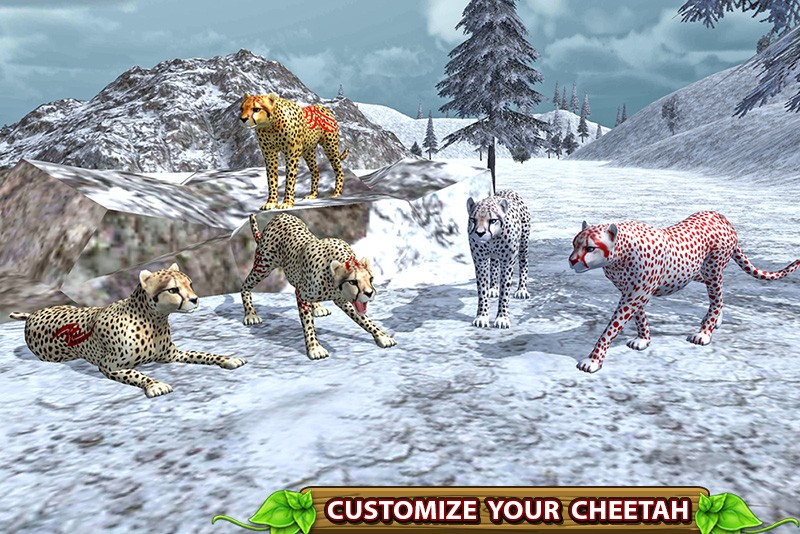 Step into the huge lush green savanna jungle and live the life of a wild cheetah in latest cheetah games with our cheetah simulator 3d! Fight and survive in a wild forest filled with deadly traps, dangerous predators, and tasty critters with wild cheetah simulator. With your angry cheetah join the battle of hunting and survival in this super epic adventure delivered in stunning cheetah sim 3D and cheetah games 2016. Leap into a thrilling new adventure as a ferocious African cheetah and hunt ruthlessly. It’s a battle against wild animals with animal fighting games like tiger, lion, jaguar, Rhino, gazelle, elephant, and tasty prey hen, hare, birds and many more jungle animals in FURIOUS CHEETAH SIMULATOR.

Hide yourself in unseen places use your animal instinct pounce back and attack ferociously on the other animals with great wilderness in this cheetah games or African angry cheetah simulator 3d.

REALISTIC WILD CHEETAH 3D SIMULATOR:
In cheetah games 2016 you have to maintain your energy with better health by eating other animals. Explore massive savanna jungle, fight other animals for survival and become more powerful in this cheetah simulator games 3D.

START AND PROTECT CHEETAH FAMILY:
Start your wild cheetah family in this cheetah simulator and cheetah games. Your little African cheetah cubs are in growing stage you have to fight for them and protect them until they grow into fierce fighters.

FIGHT AND EAT YOUR PREY FOR ENERGY:
Fight and hunt your prey to maintain your energy and trained your cubs to fight alongside in wild cheetah combat mode with tiger games 3d.