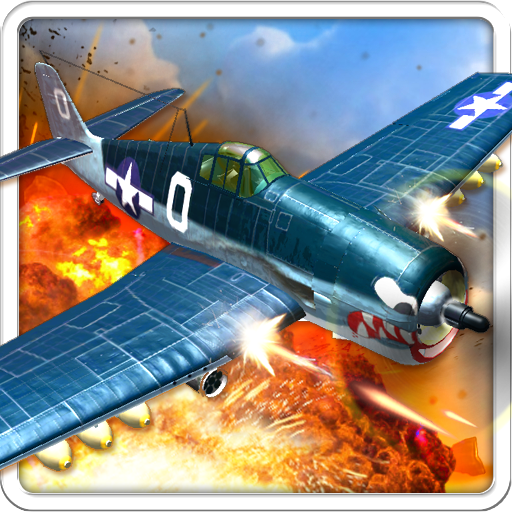 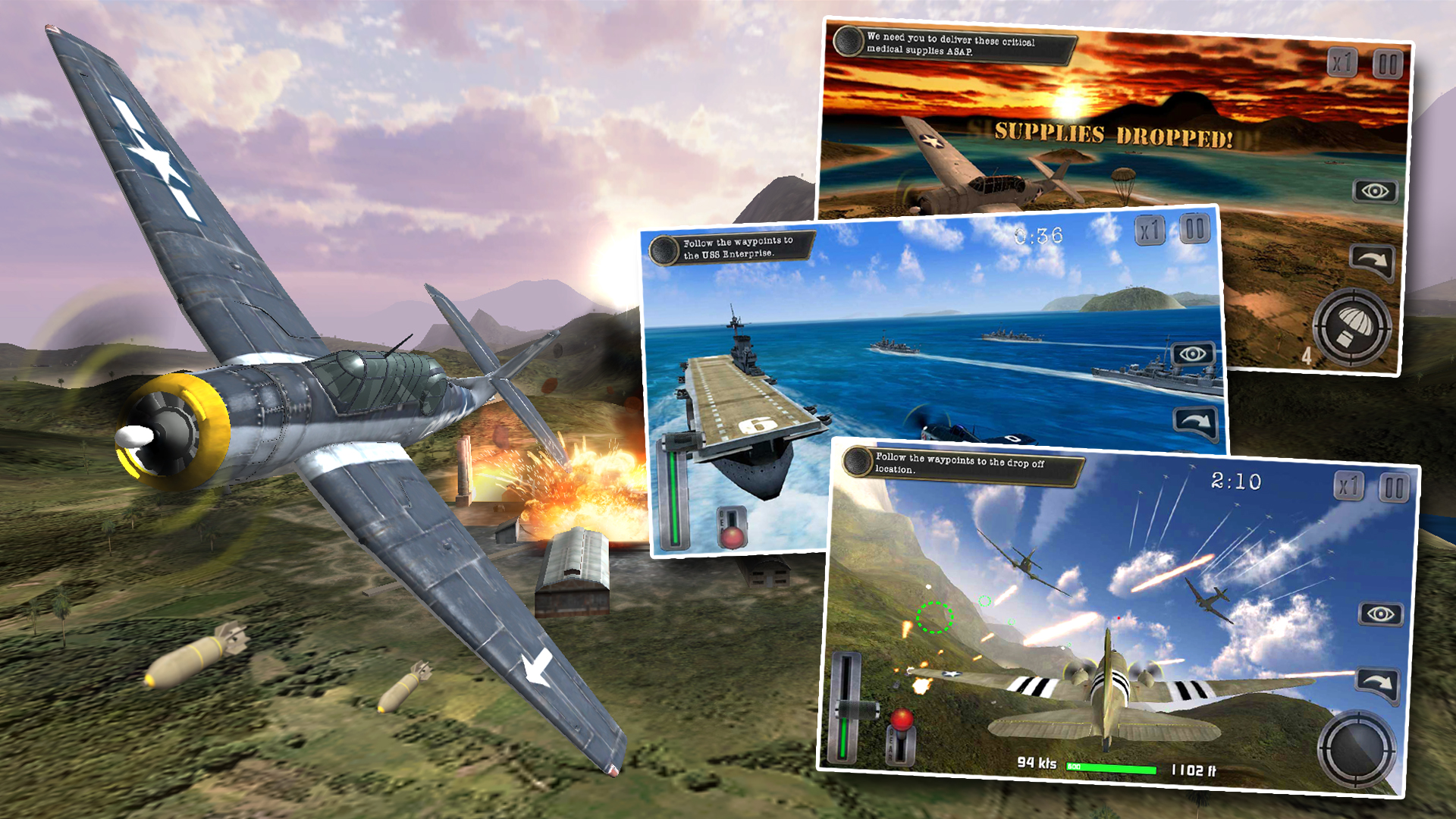 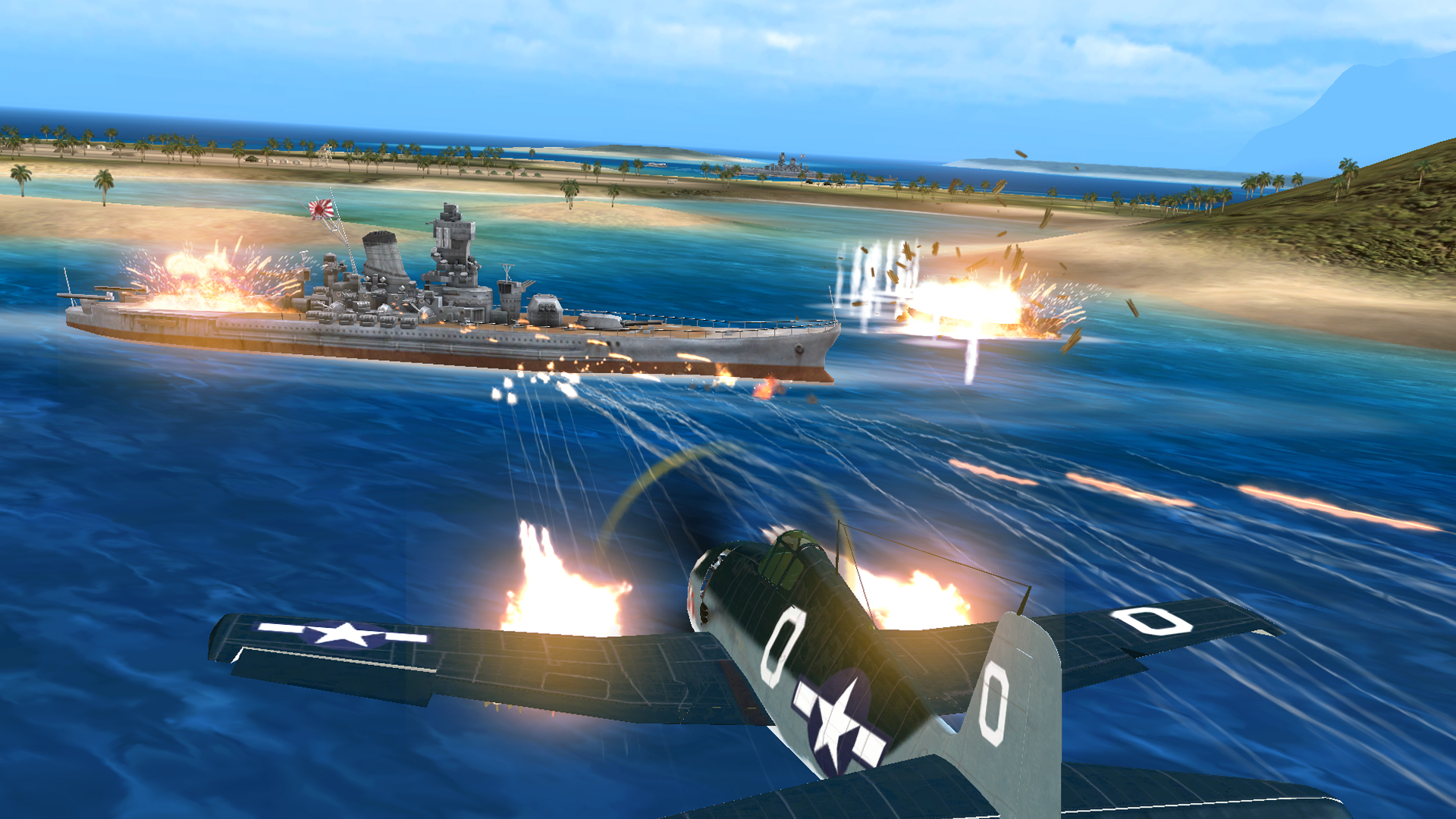 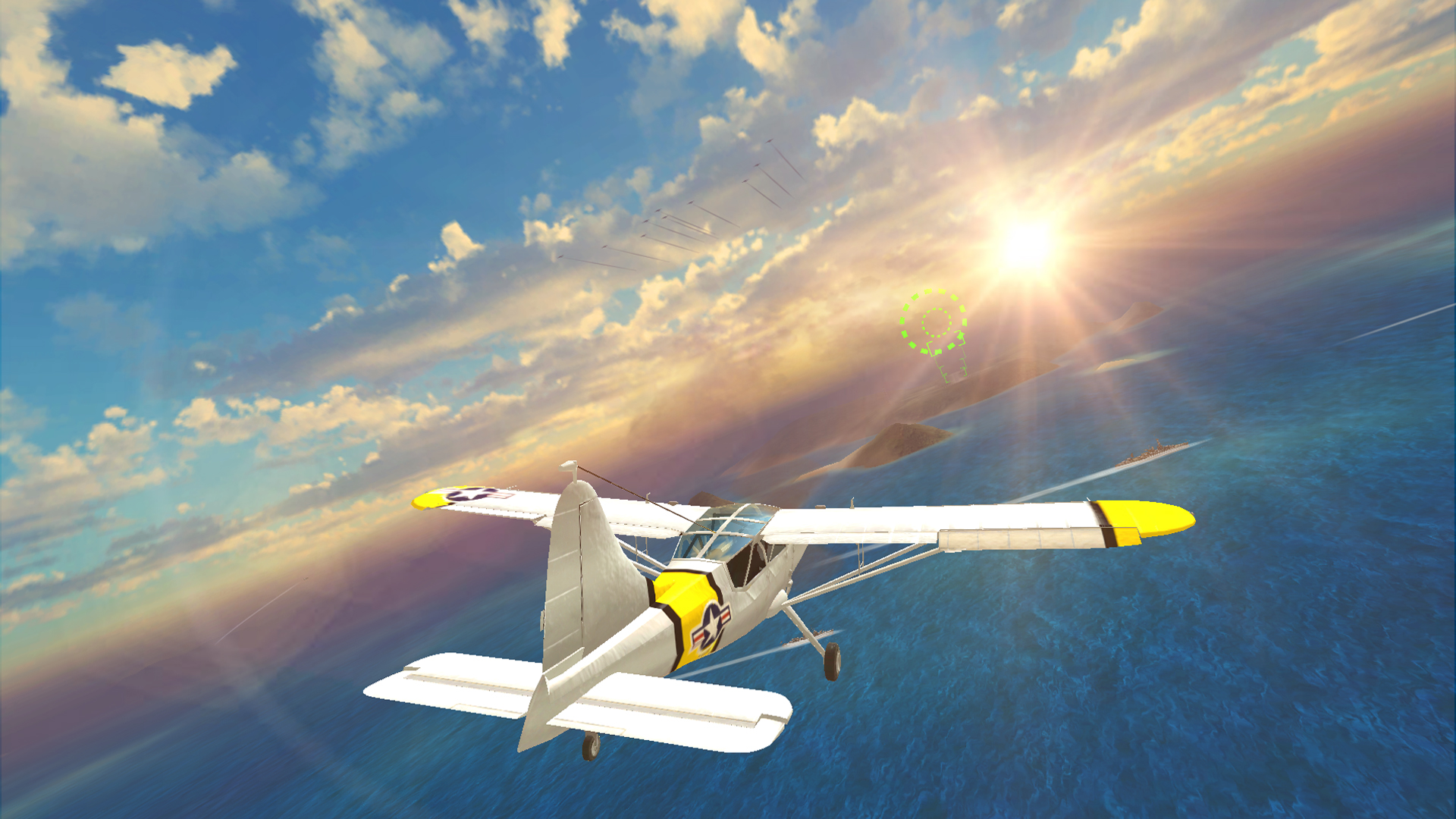 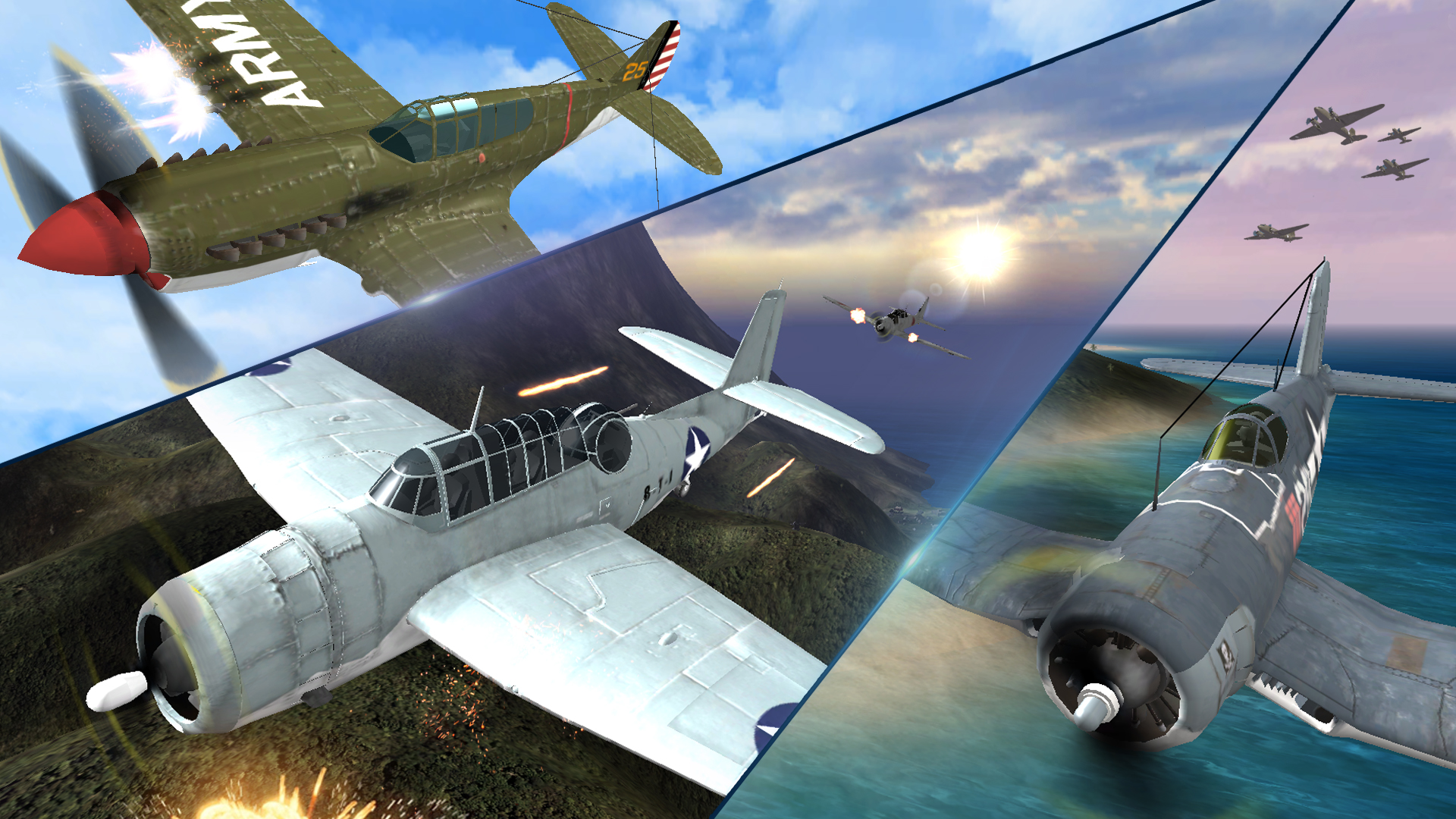 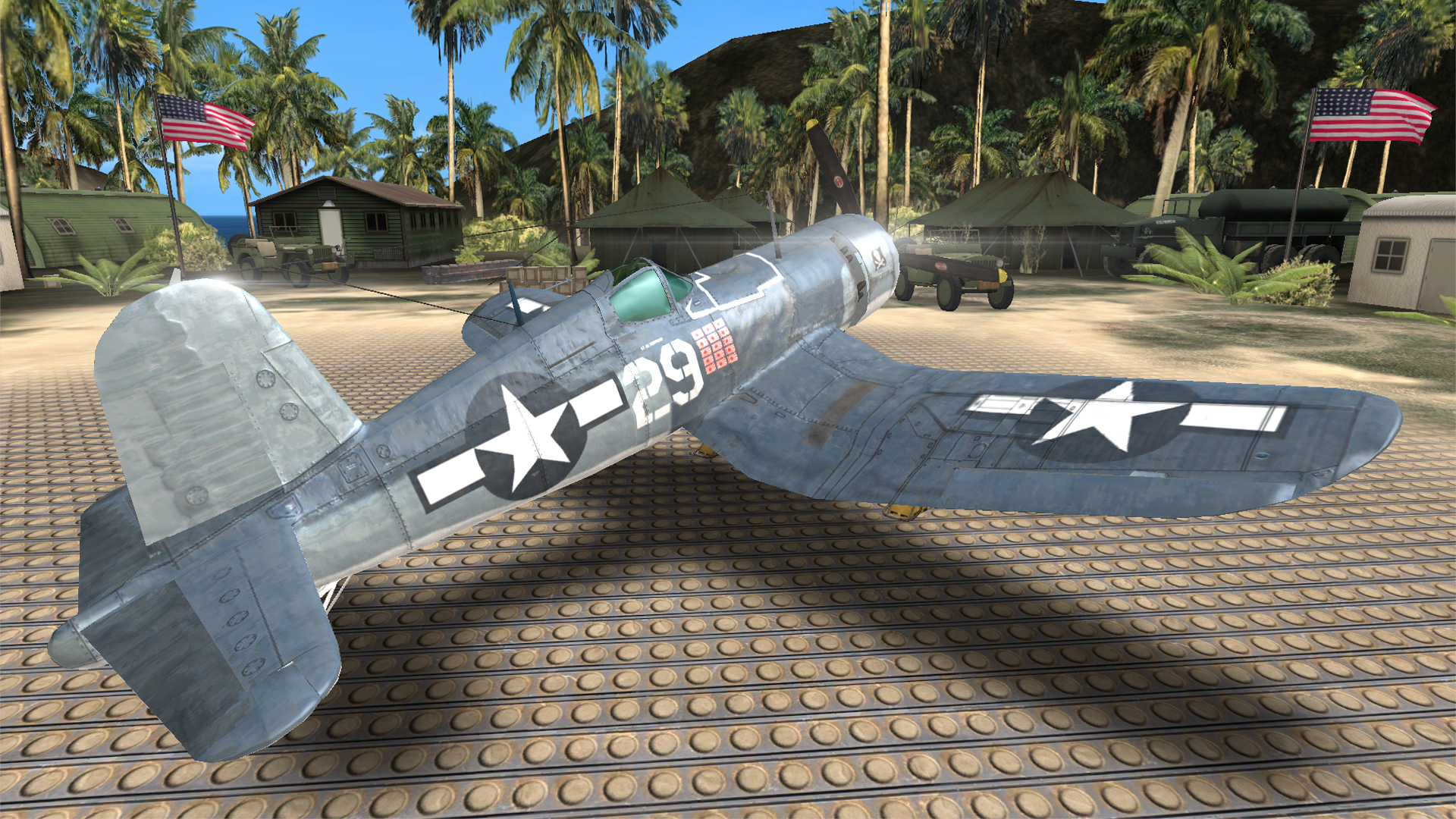 Air Combat Pilot: WW2 Pacific is a free-to-play action-oriented flight sim set in the Pacific theater of WW2.  It uniquely bridges the gap between “arcade action” and “hard core” sim. It delivers a realistic look and feel, yet is easy to fly and deliver tons of action.

FUN and REALISM - PERFECTLY BALANCED
Air Combat Pilot is not a complex “hard-core sim”, and it is far more than a “tap and swipe” arcade shooter!  We blend realistic physics with simple controls to produce an authentic “feeling of flight” while making it easy to blast away at the enemy and tear up the ground!  After just a few training flights, you will be landing on carriers and making precision ground strikes.

CLASSIC AIRCRAFT - DEVASTATING WEAPONS
Fly over a dozen of the most iconic American aircraft from WW2.  Train on the tame but maneuverable T-6 Texan, and earn you right to pilot the mighty F4F Hellcat and F4U Corsair.  Conduct amphibious ops in the PBY Catalina, and send the enemy to the bottom of the sea in the TBF-1 Avenger. More planes coming soon!

MAXIMUM LOADOUT!
Collect hundreds of upgrades to maximize your speed and destructive power.  Engines, armor, guns, rockets, bombs and torpedoes are yours to be earned during the campaign, each with multiple upgrade levels.

LEVERAGE YOUR STRENGTHS
With multiple ways to complete objectives, you’ll discover which planes and weapons work best for your style of play.  Keep playing to unlock new types of weapons and new aircraft to carry them.

SCRAMBLE! SCRAMBLE!
Unlock Scramble missions for endless combat action. Explore beautiful vistas while destroying everything in sight!  Pound the ground in Scramble to earn upgrades for your next career mission

FREE TO PLAY - NO TIME LIMITS!
Air Combat Pilot is a free-to-play game supported by ads and in-app purchases of premium planes and upgrades.  We do NOT have an annoying “wait to play” mechanic. If you enjoy the game, we encourage you to make an in-game purchase to show your support!  Thanks!

HAND CRAFTED IN CHICAGO, ILLINOIS!
We are a small indie studio in Chicago, IL!  We had a blast making this game and really hope you enjoy it.  We plan on releasing new content monthly and look forward to your support, comments and suggestions.