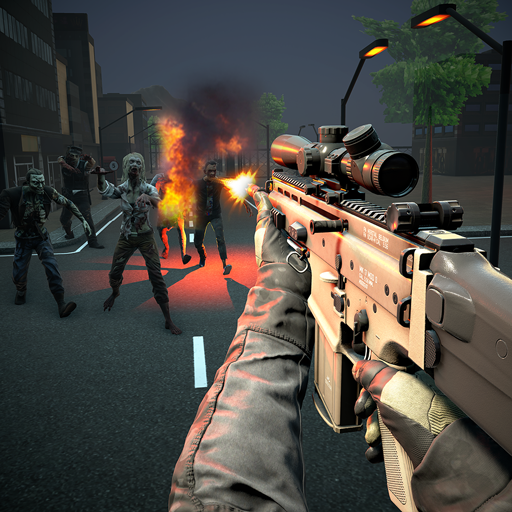 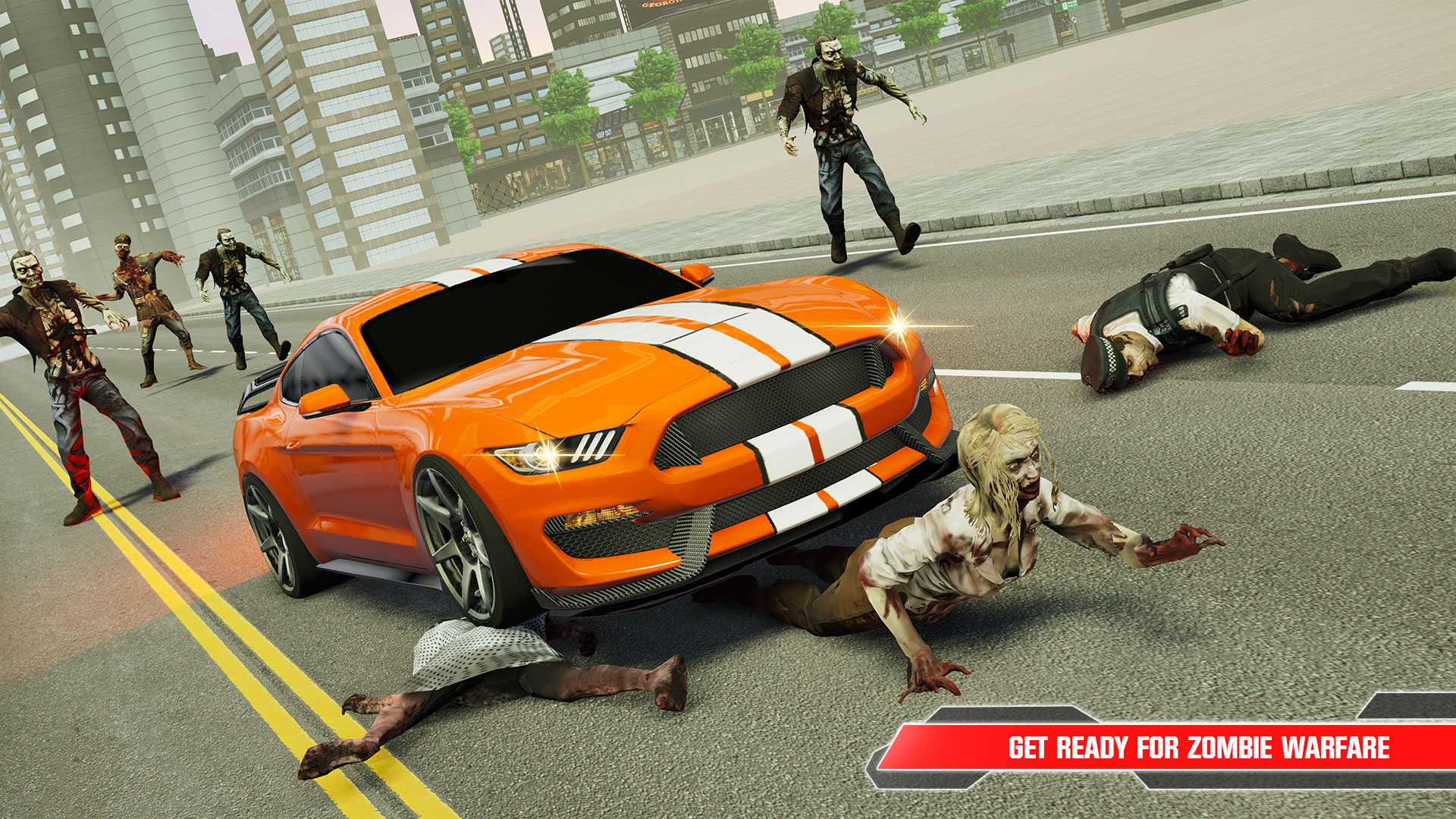 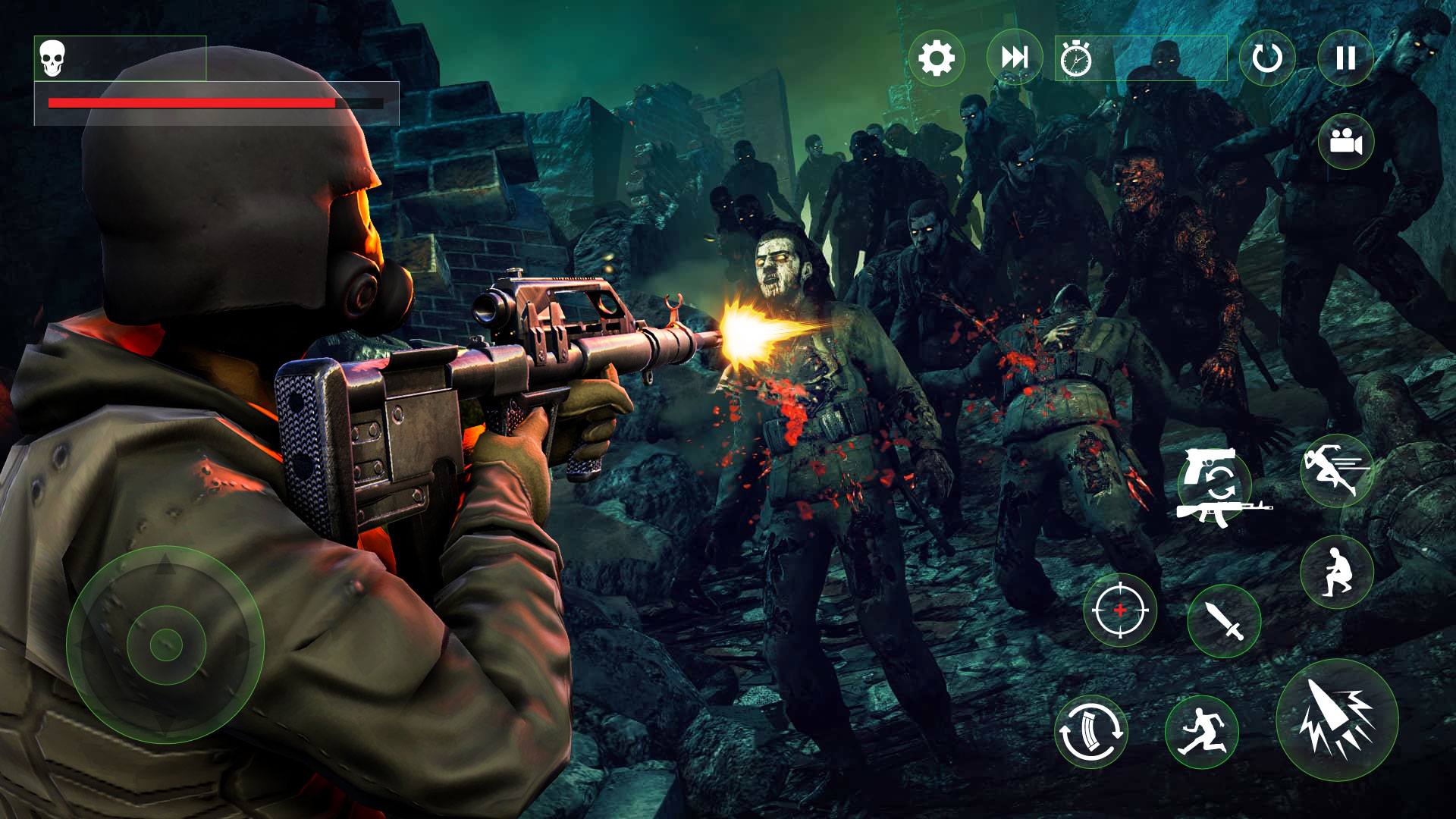 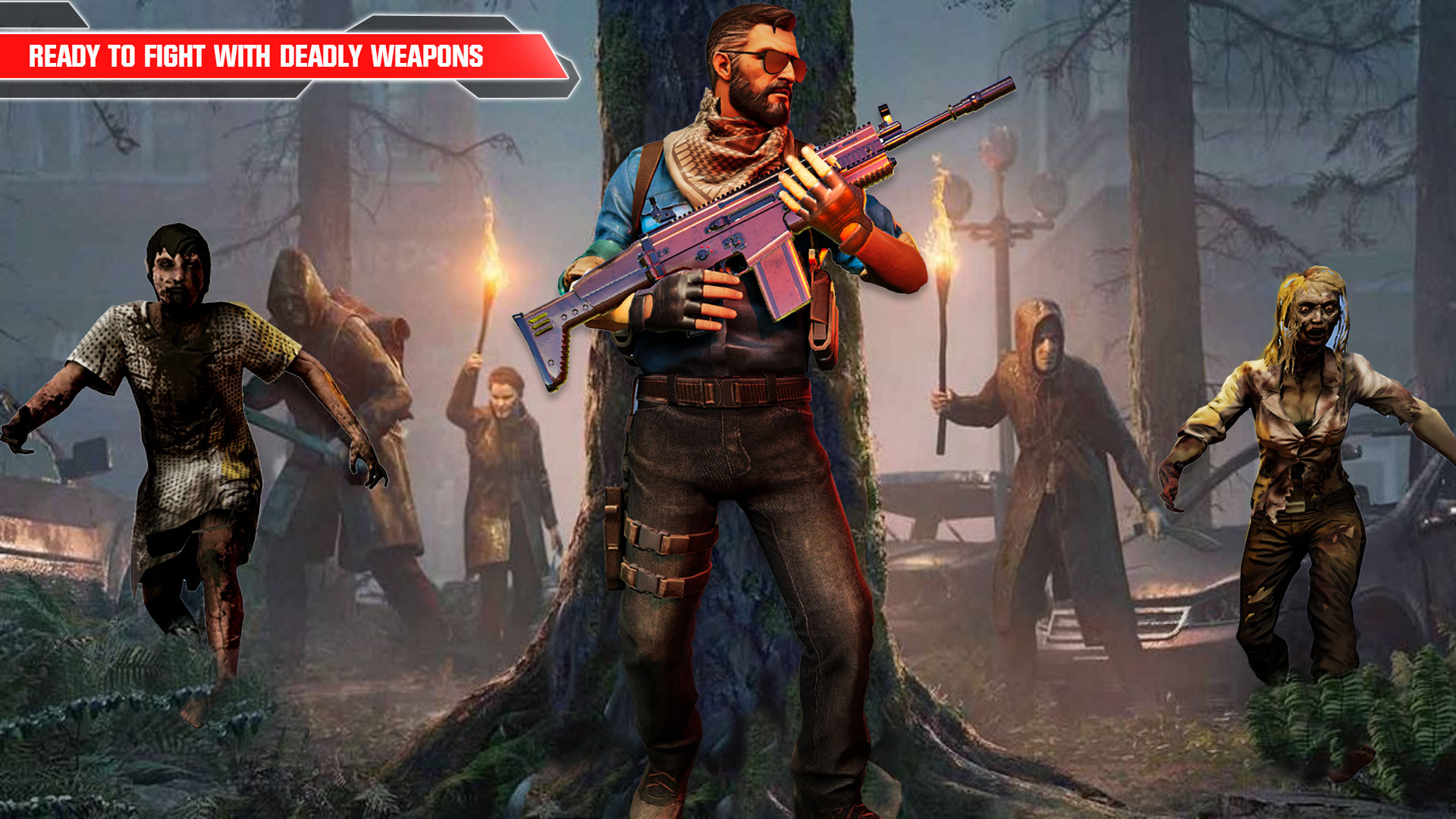 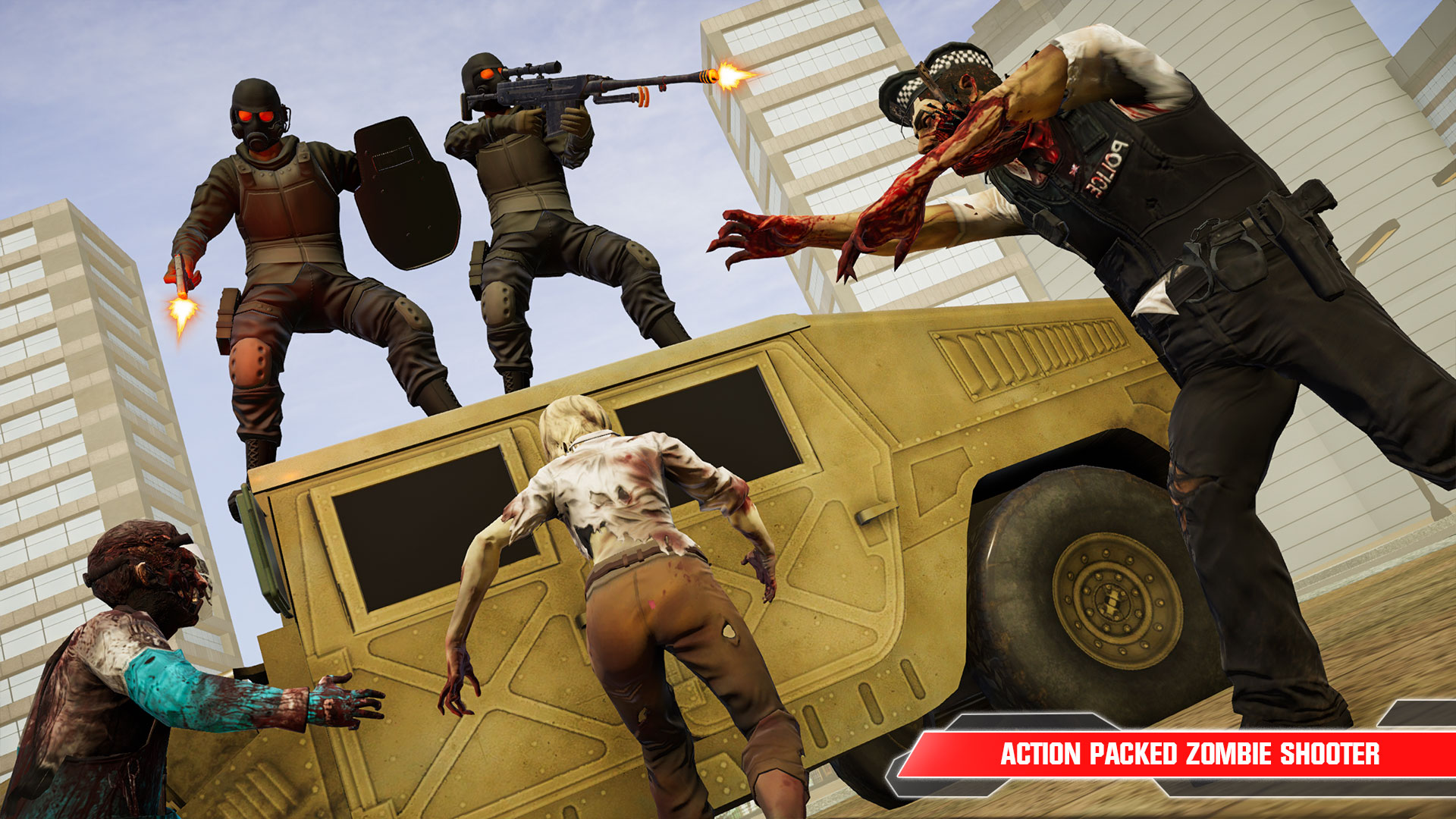 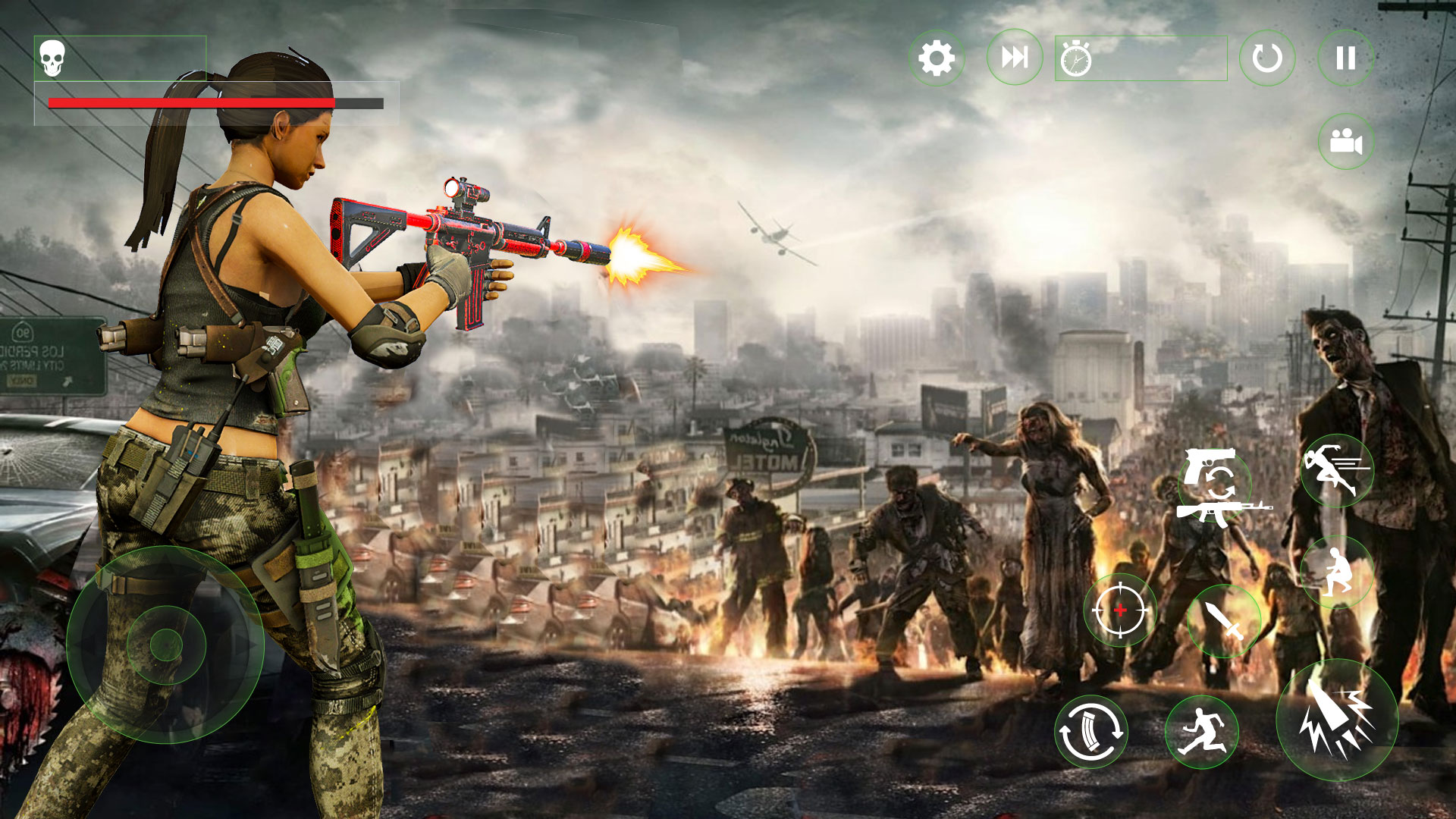 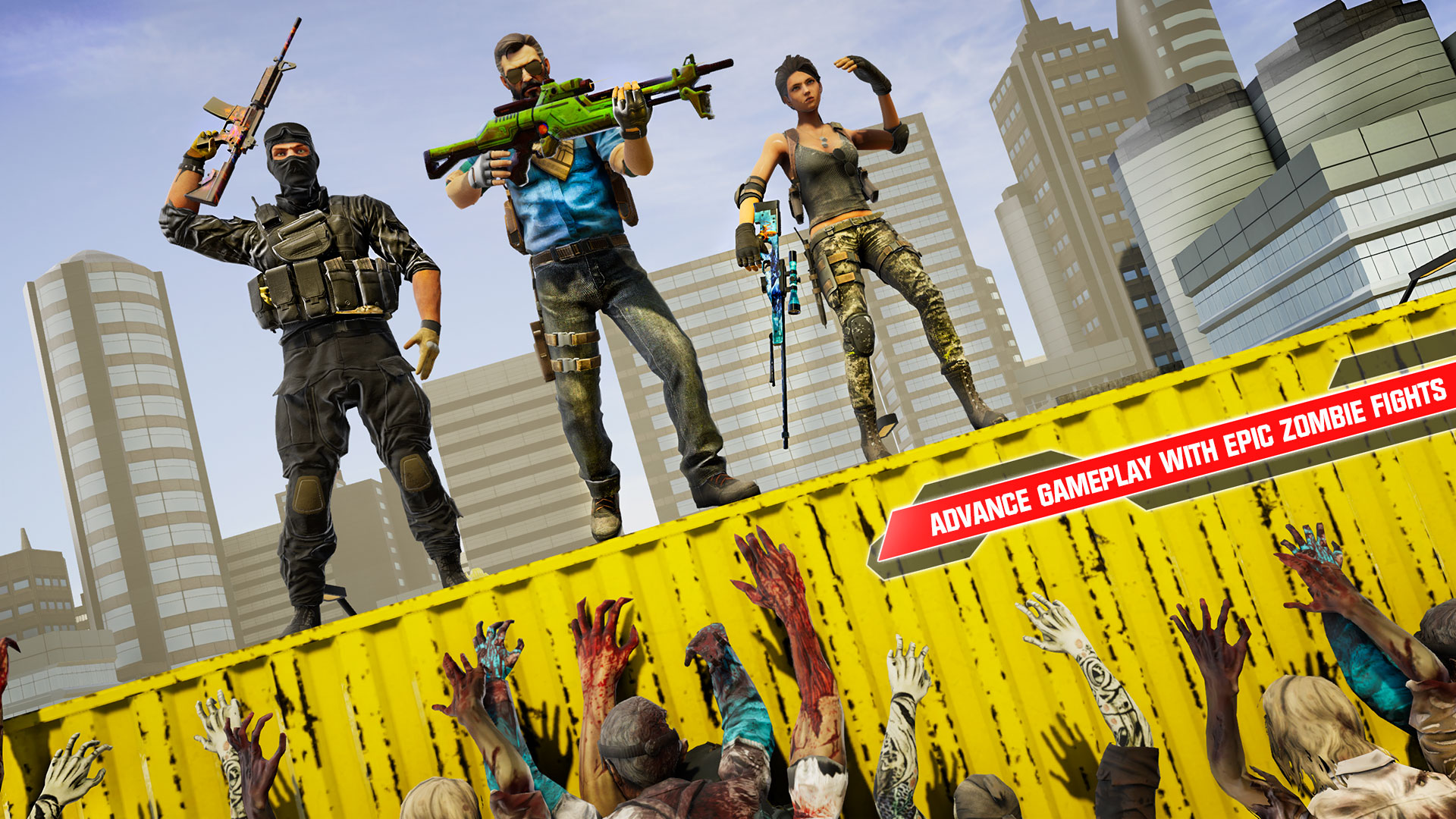 In the year 2050, a deadly virus spread in the world, and everybody infected with this virus and only some peoples are safe from this disease. Peoples are getting sick and the government is worried about this zombie-making virus. The world is converting into a walking zombie’s zone where every single person is now a killing machine who kills all normal humans and spreads their deadly virus who make a normal human to most horrible zombies.

In this Zombie road killer game, you are playing as an FPS army shooter who kills the zombie with their shotgun and AK47 rifle. In this zombie-killing 3D game there are multiple levels to fulfill your gaming desire. This zombie FPS shooting game gives you the combo playing experience in a single installed game. If you like the FPS gun shooting game then you select the level ode or free mode to shoot the zombies with your shotgun. You can kill your enemy zombie and show your shooting skills by shoot the zombie on the head and your head shoot shooting skills will give you extra points to unlock game-paid futures.

And the second mode of the game you are fighting like a ninja or undercover fighter who saves the village from the deadly zombies by killing them their sharp sword and clears the zombie wave who wants to kill you and other village peoples.

If like to drive the car and smash zombies with your car you don’t need to download extra game in this zombie road killer 3D game you can drive your favorite car and hit the zombies on the road and safe the city from the horrible zombies. There is lots of car collection in our game which you can buy and take the experience of driving a luxury car in this car driving and zombie kill simulation game.

Feature:
- Ultra-realistic 3D environment and gameplay graphics
- Intuitive game controls and shooting gun controls
- Build the best weapons collection; unlock different guns and fun upgrades your skills
- Play like sword assassins around the world
- Get tactical with fun free missions
- Save the world and become the hero of the world