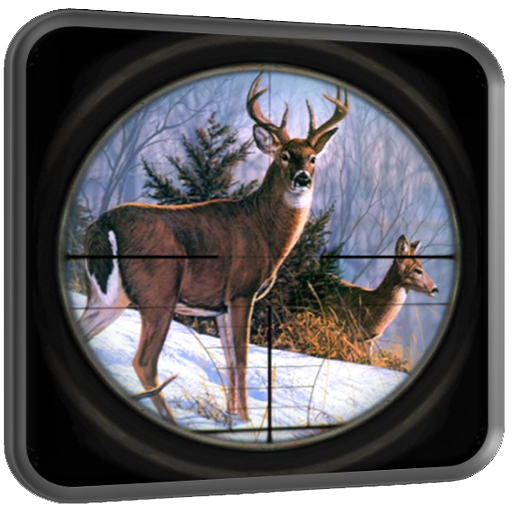 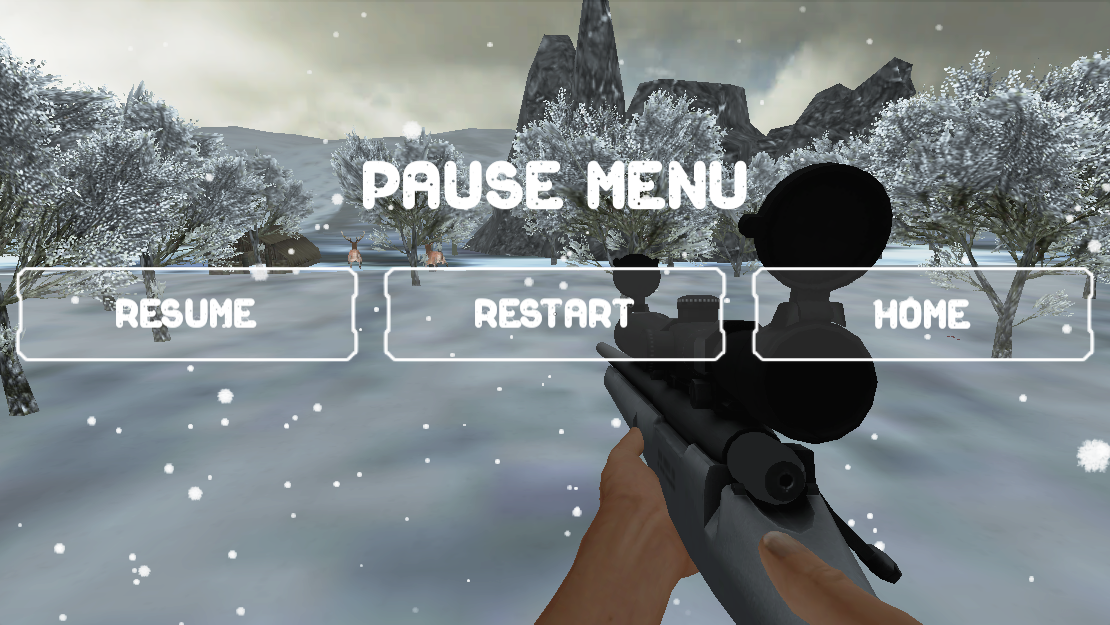 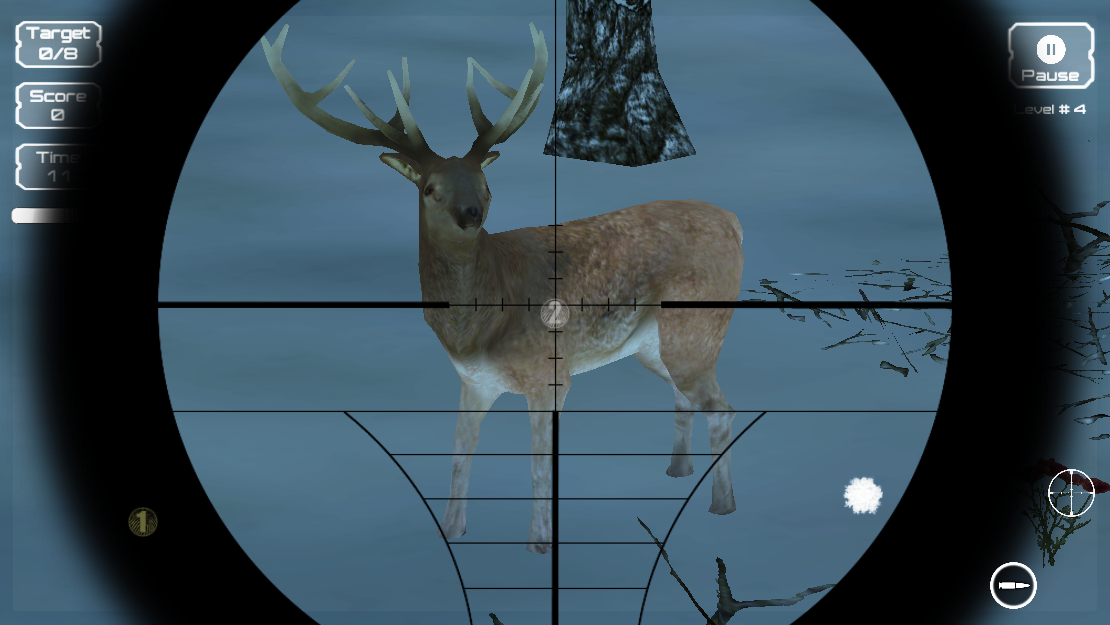 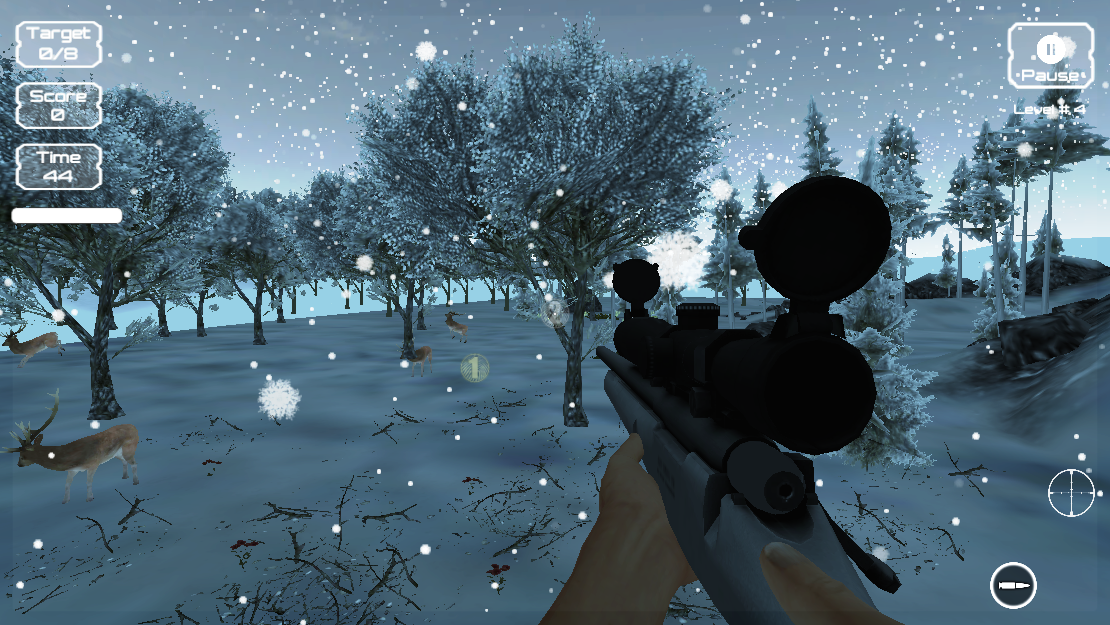 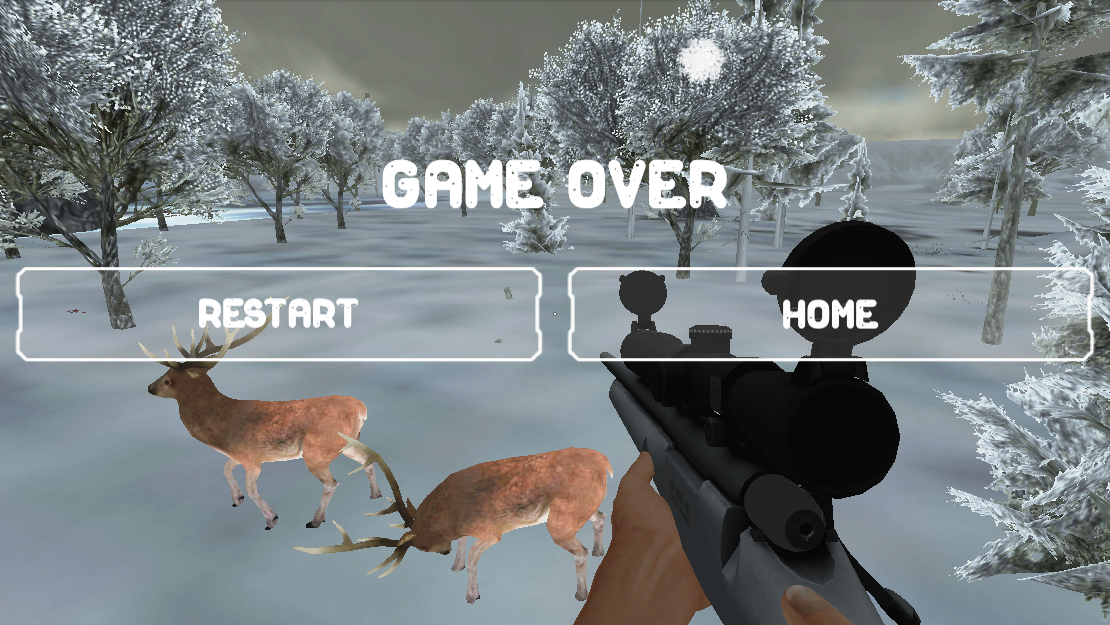 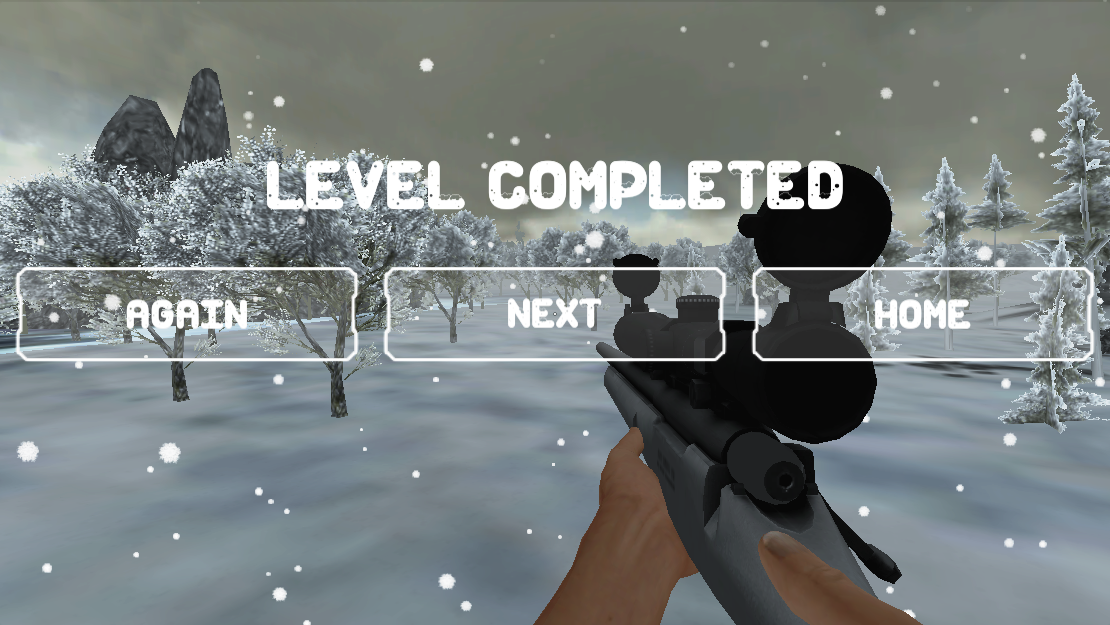 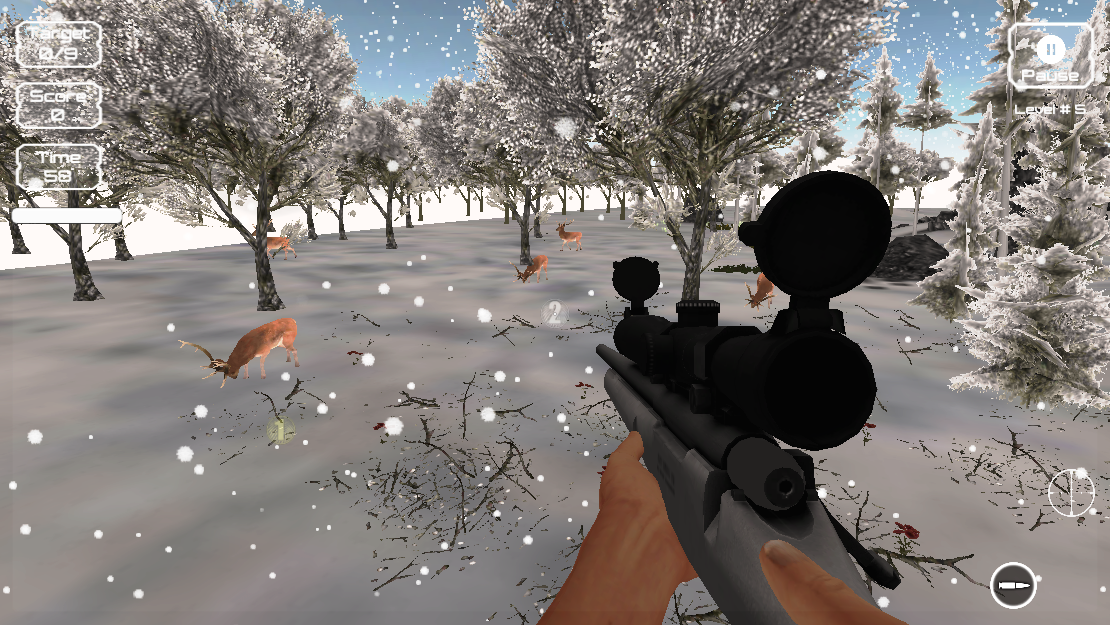 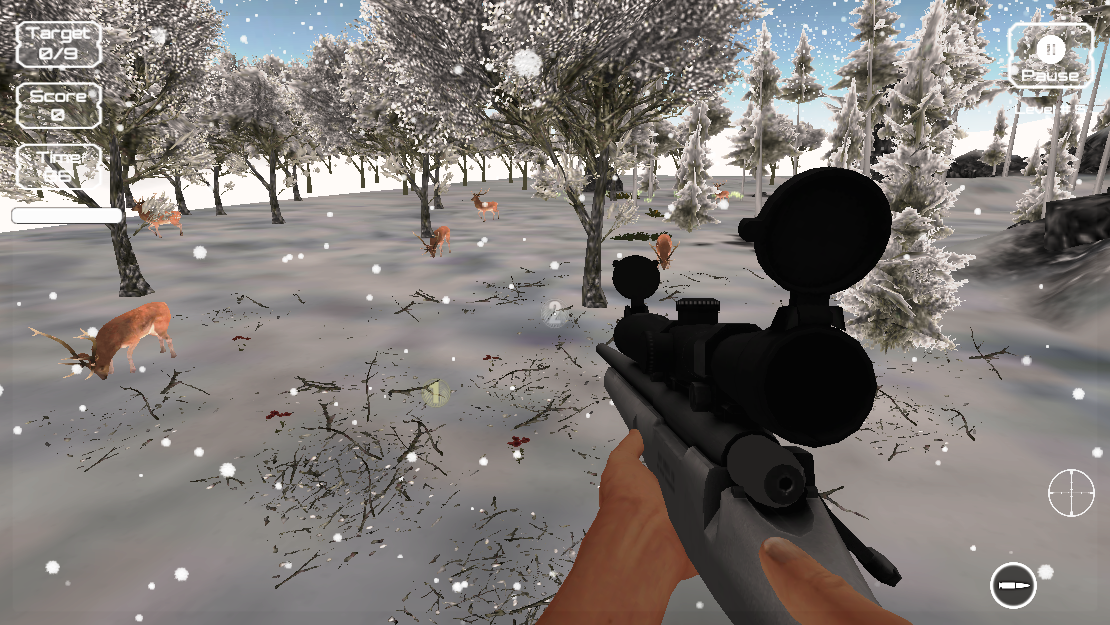 In Elite Deer Sniper Hunt 3D
There would be 2 different fantasy environment Go and hunt like an assassin contract killer Escape into the wilderness as a deer hunter. 2016 it’s time to be a sniper assassin and hunt deer in this sniper shooting game. The game is filled with action hunting & shooting. Those who love to be a deadly hunter will love to kill deer and other animals from the frontline. The audio sound of the Gun, animals, wildlife, forest, mountain & birds. Sniper 3d shooting skills should be enough to hunt your desired animal all alone from the frontline. Don’t let the deer run away and be ultimate hunter. Become the modern sniper of this era using best weaponry. Plan your hunt as if it is a secret assassin mission because this is what real hunters do!

The game is a first person shooter - (FPS) via sniper 3D! You will play against the counter strike SF special force battle’s Special Forces Commando 3d commando. You are the Deer Hunter kill the Animals who want to destroy your country’s Forests! We must develop military strategy military attack quickly and accurately to kill - shoot the Wild Animals! You are a hired killer, who escapes from the underground. This is necessary for the country, to get the best sniper, and fight for glory and freedom and takeover the desired forest in the Hunting animals game.

It’s your challenge As a frontline killer In your call of duty advance warfare you have to get through the defenses and kill zombies like animals. Accurate shots guarantee victory! Your weapon is a sniper rifle. Enemies struck you fight the battle of the heroes will be only one winner! The battle will be long and scary mission!
You are a hunter who hunts in the dead zone, zombie like Enemies.
Now here comes the real adventure with lots of animals to shoot!
In this sniper game you are a survivor of commando sniper elite army Soldiers and sniper team! You are an army sniper and the special officer of America soldier and your mission is to use the FLV shooting skills, aim and shoot at animals. Now you have the wonderful opportunity to fight and prove them on the battlefield!
Shooting at a target and become the best sniper assassin in the war with the wild animals. It’s your chance to go and fight for your country to save them from the deadly animals
As the sole surviving Commando (delta force/elite force) of a renegade attack against a ruthless opposing force dictator, you are stranded on the frontline and hell-bent on payback. You must use all of your specialized skills to survive the onslaught of the enemy forces and avenge your fallen soldiers.

Elite Deer Sniper Hunt 3Dis a touchy subject about THRILL ADVENTURE ACTION AND FUN. Deer & panda are smart and clever animals so to be a professional hunter you must have good aim and shoot skills while holding your breath as a 3d elite commando. Ultimate adventure in the most realistic environment full of snow and the other one is of desert. Dense in this deer Hunter encounter your shooting and hunting skills should be at part to win this elite frontline challenge while enjoying a best animals hunting experience in a beautiful and dense forest in a sunny bright homeland season kind of environment tree stand. You will be expert shooter as in the shooting games. Users can look around the map by swiping the screen and moving anywhere there they want. The game has 6 hunting stages so far. You hunt in valley surrounded by mountains.