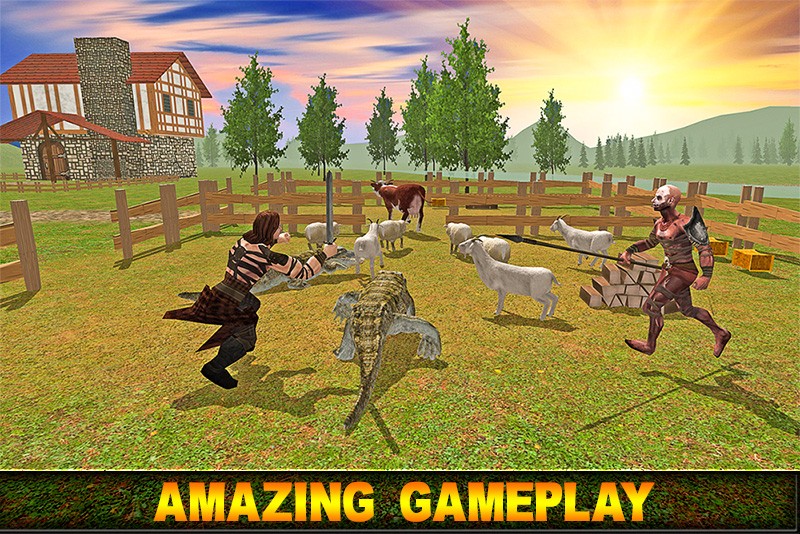 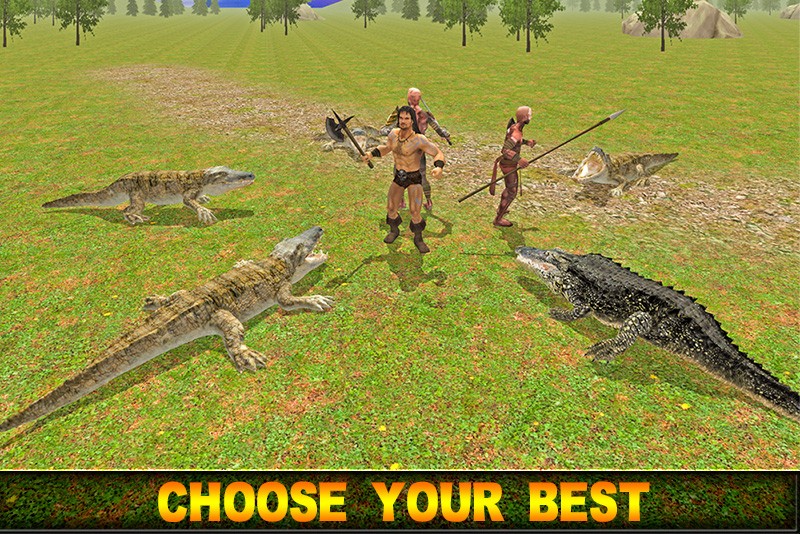 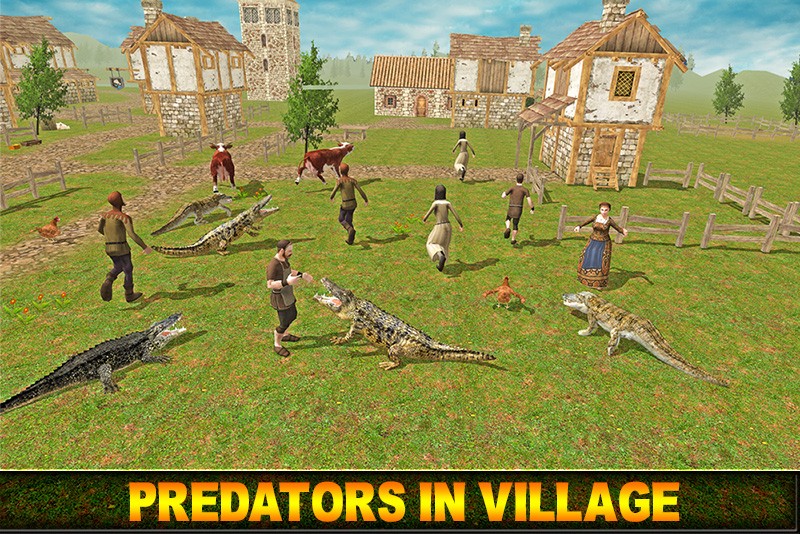 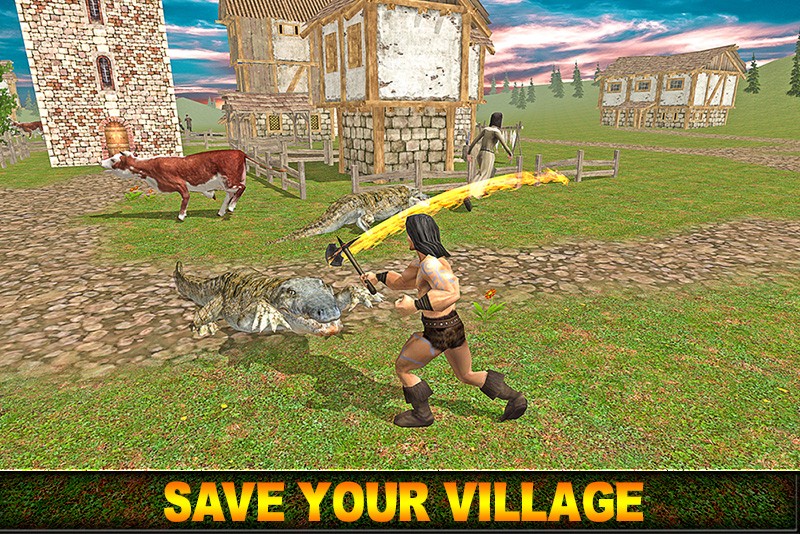 In crocodile hunting games TPS/FPS as decided will take control of a village where a clan of crocodile attacked. With alligator hunting games the crocodiles force is killing animals and the residents of village, you have to kill the all crocodiles and save farm animals and innocent residents of the village. There are 10 levels and every angry crocodile war level will have different number of wild crocodiles and victims. Victims can be farm animals (cow, buffalo, goat sheep or pig) and human the residents of the village. You have to change the wild crocodile and their numbers in each level, number of victims will change accordingly starting level will have low difficulty and as the levels moves up the difficulty level will move from low to medium and from medium to High. There are multiple wild crocodiles and alligators attacked on village people. In this crocodile attack games you have to fight with spear, sword or hammer and survive yourself and innocent farm animals against these killer crocodiles. Attack hungry crocodile in massive open village environment. Escape from the crocodile’s attack and save at least one farm animal to continue the level if not then you will got failed in the crocodile war games level. Hunt down dangerous angry crocodile game attack 2016 and other wild alligators in massive open world environment in this crocodile game simulator 2016 with crocodile games for free.

The hunting and survival battle between humans and wild and angry crocodile has just begun in 3d crocodile attack of 2016. Download CROCODILE WAR 3D and be a part of this ultimate battle of survival as a brave crocodile hunter.