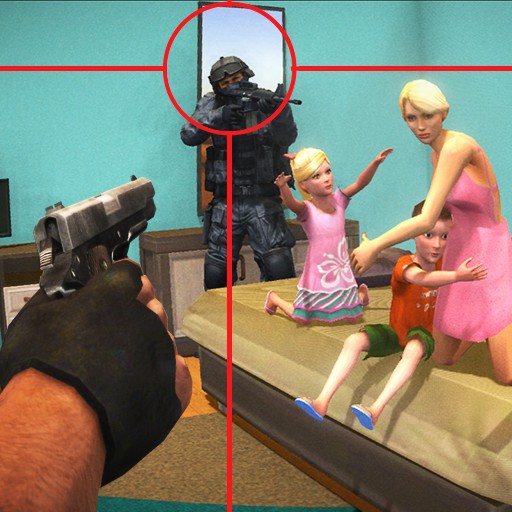 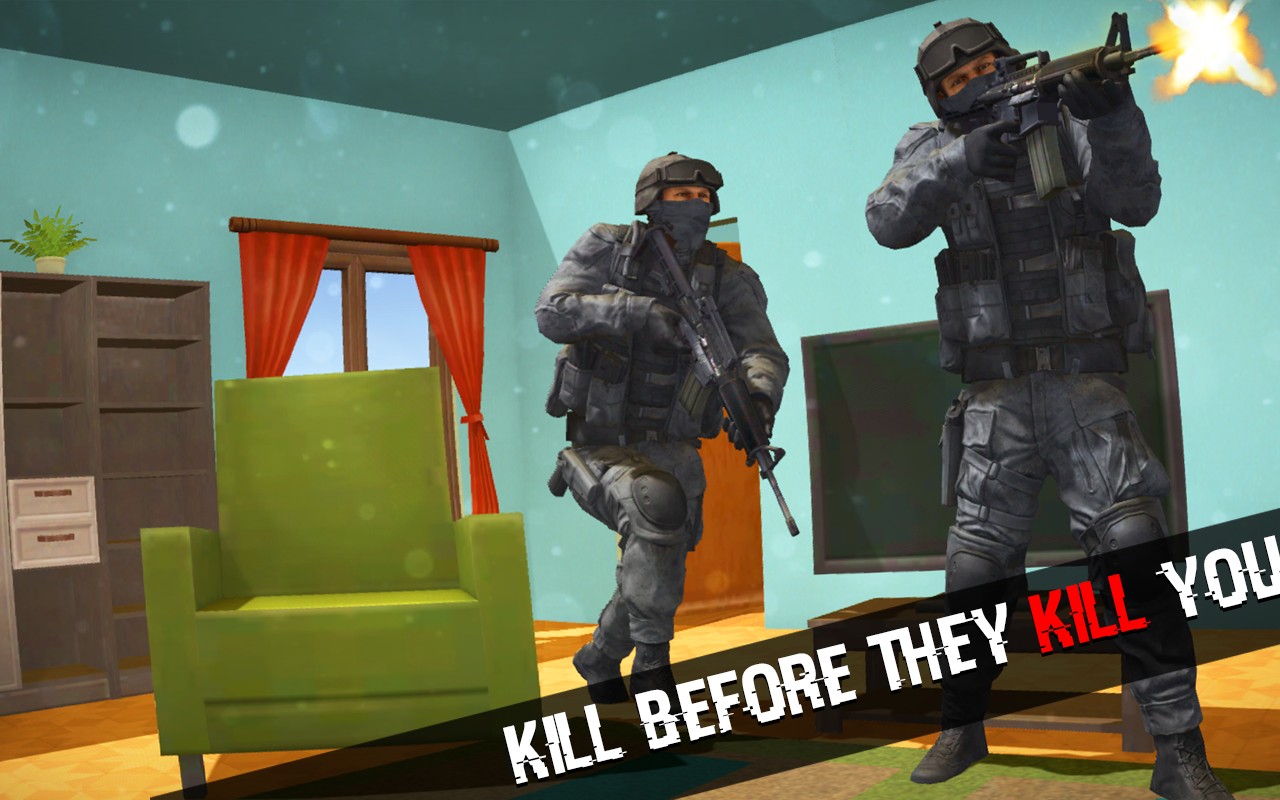 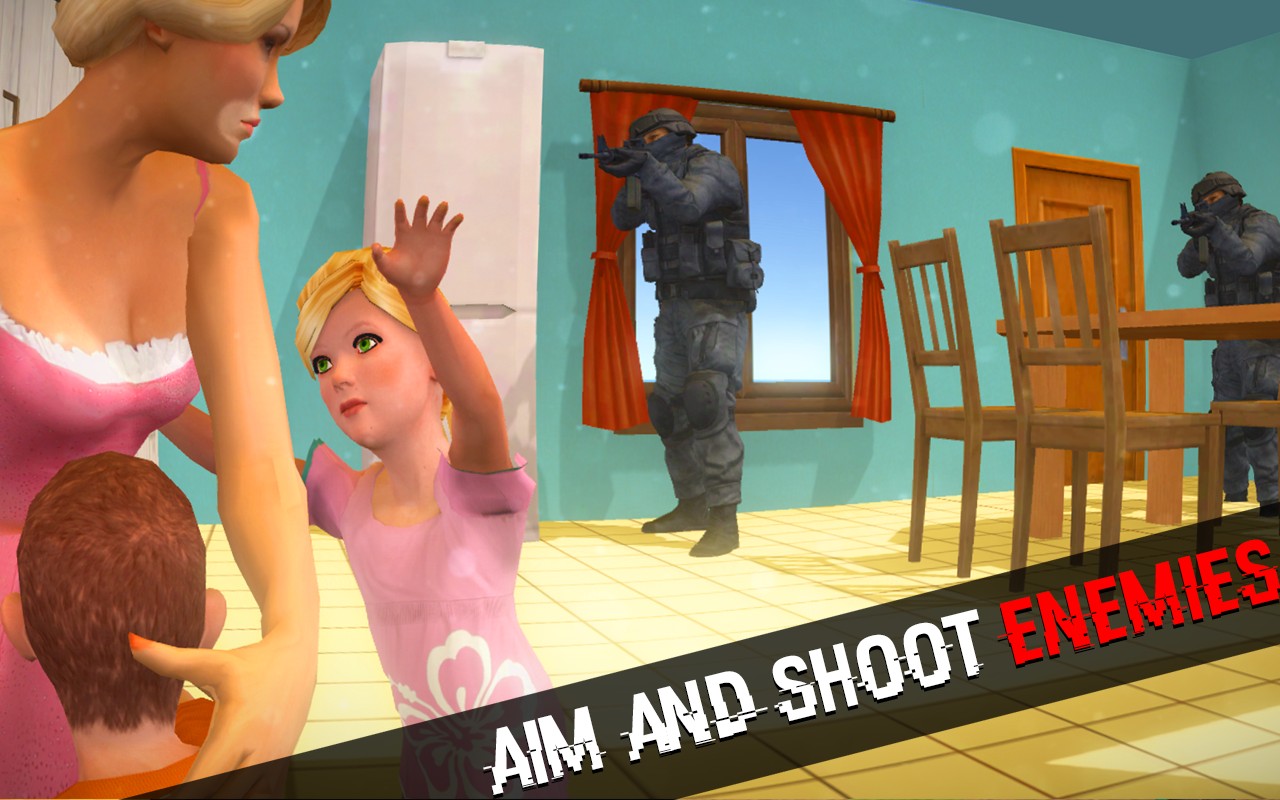 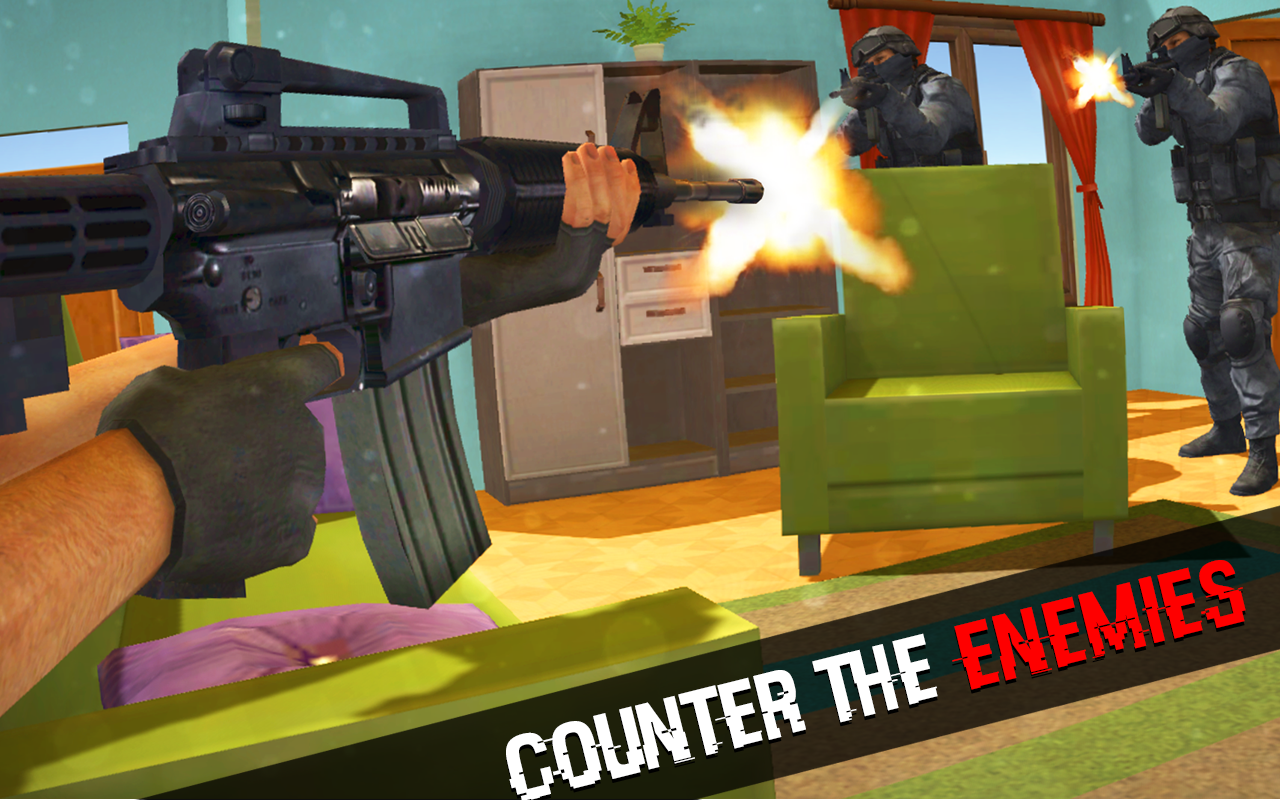 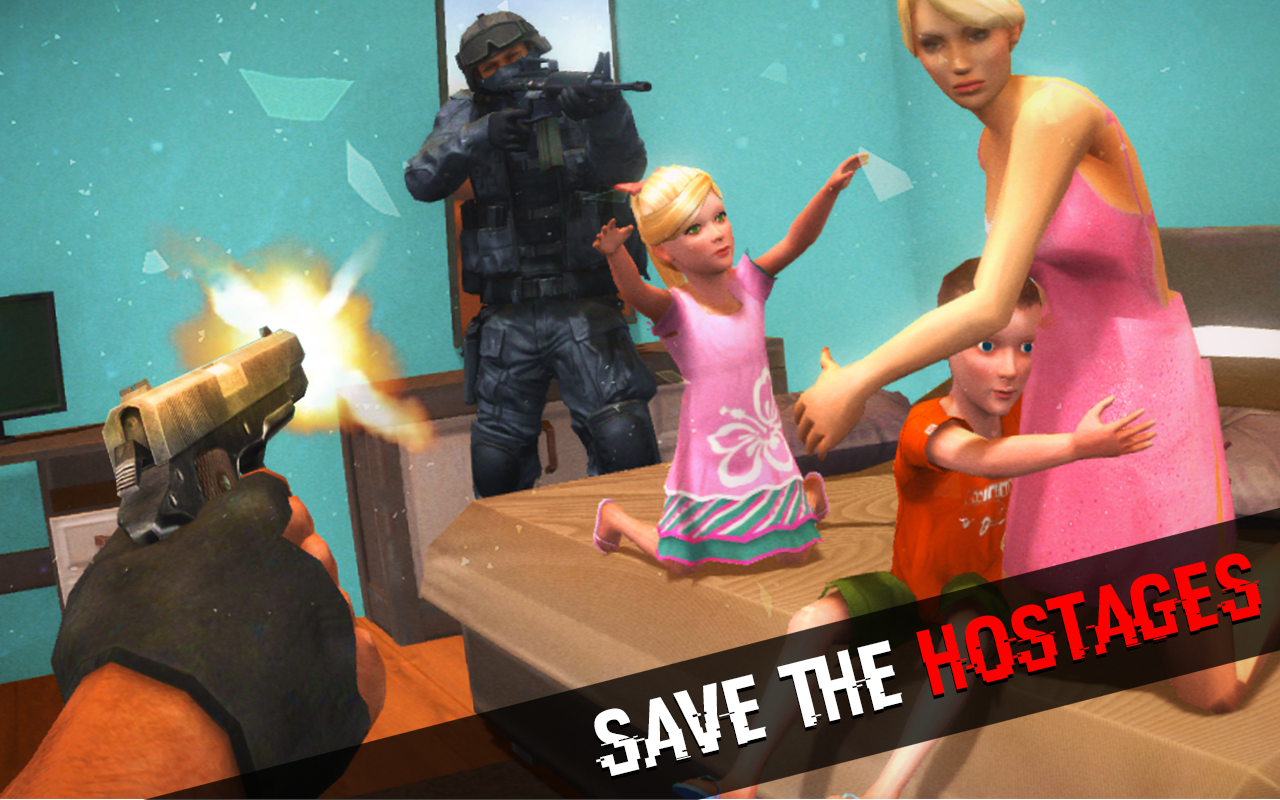 The counter terrorist is holding weapons. His aim is to kill the Terrorists.The terrorist enters silently in the house. First he check the security in the house. After observing the situation they enter in the hall room and starts firing like an unstoppable attackers. They think they are well skilled to survive the onslaught of the military forces. But they don’t aware from the security operation by anti terrorist swat military commandos. The Anti Terrorist forces starts their operation when they hear the sound of firing. Now the attacker has no choice but to grasp the nettle.

The attacker observes the atmosphere just to make sure that what to do next. But they don’t know about The mission of Military soldier is to stop and kill the attacker and the soldier of Military are more sharp than the attacker.
The critical strike starts when he got shot while attacking on the family. And the atmosphere of the place turned into an actual War Zone.
Now the terrorists are behind the wall with their highly equipped weapons. They are hiding from the next attack from the Military Soldier.
In order to complete the task and not be killed by terrorists, he has to go all out. He knows The Terrorists can use a variety of weapons and shoot him, including pistols, rifles, machine guns,and so on.

The Military Soldiers starts operation bravely. They have stronghold and well planned. So they know the next step.
Conclusion:
Now you are in the actual game war zone and you will have to make the strategy to save the hostages from terrorists. Don't let them defeat you.
Best of Luck.