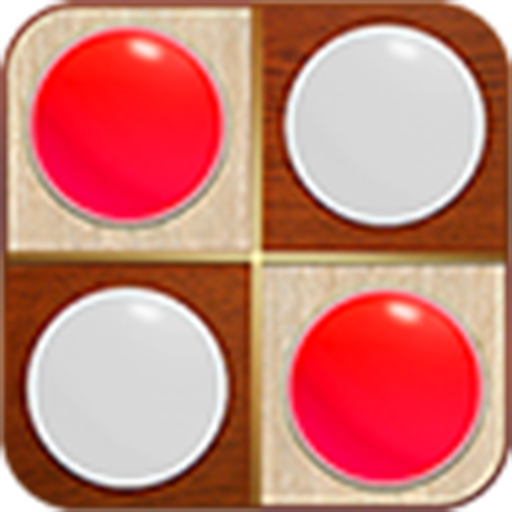 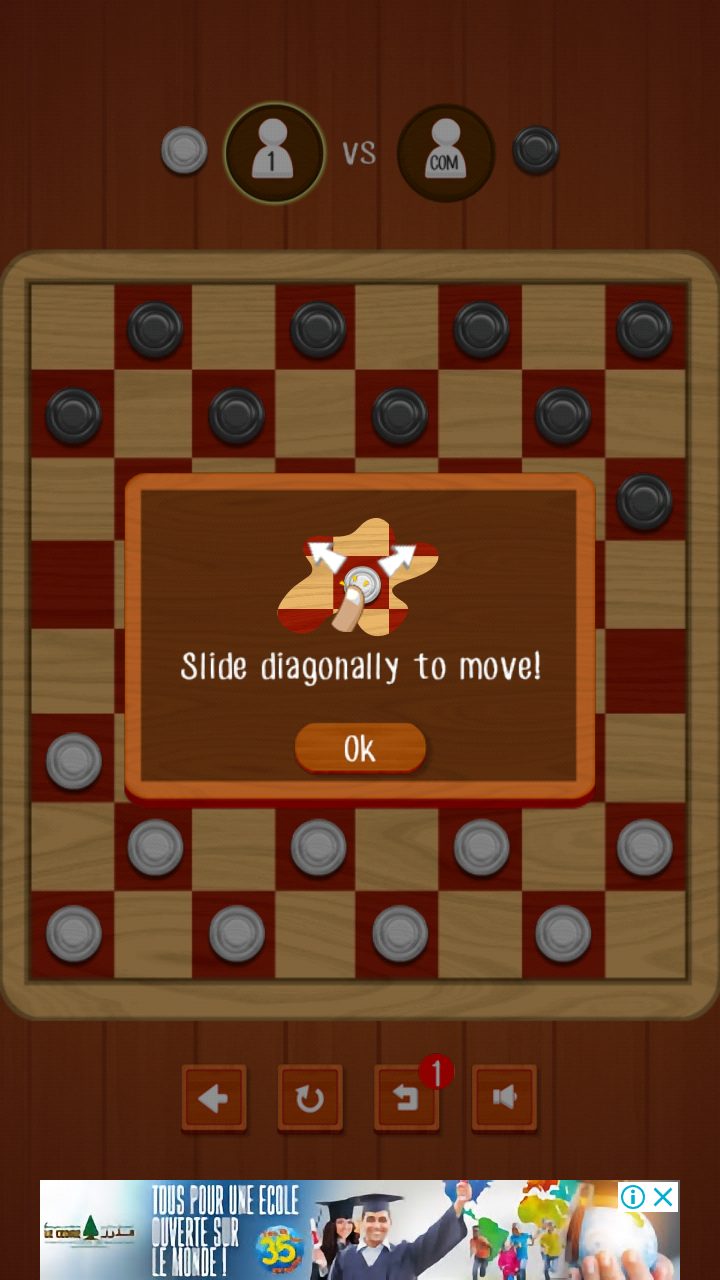 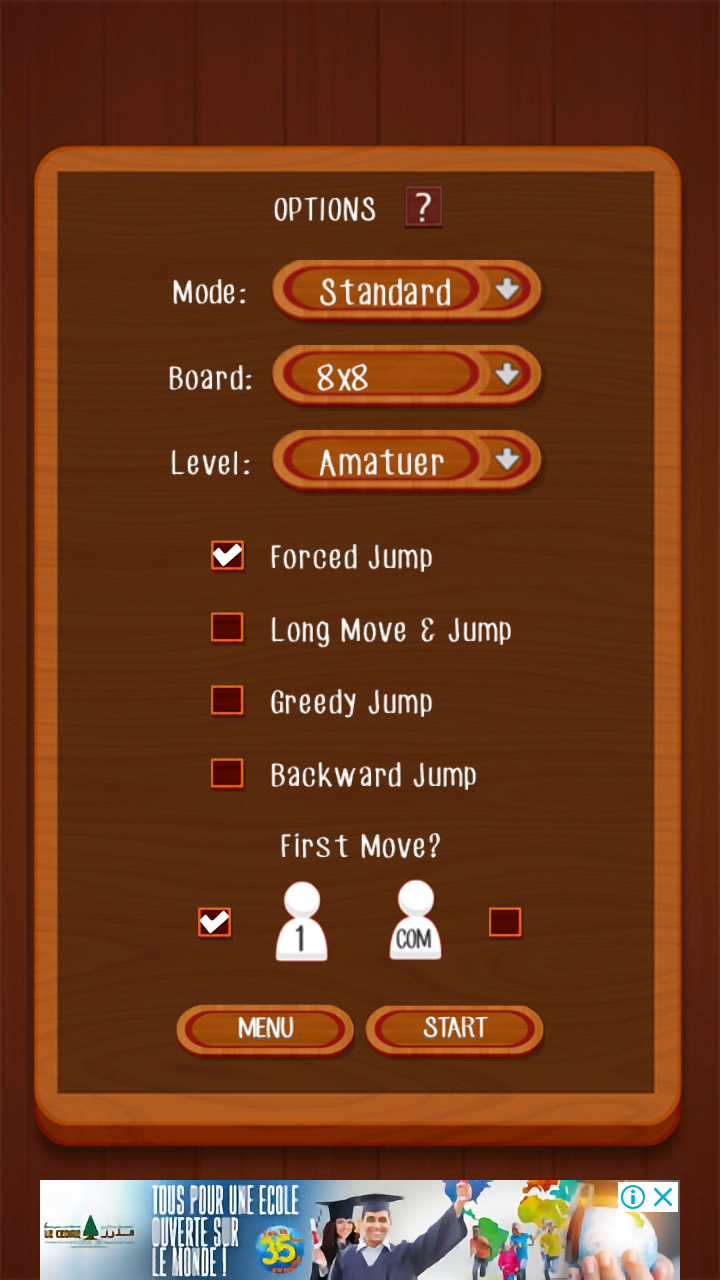 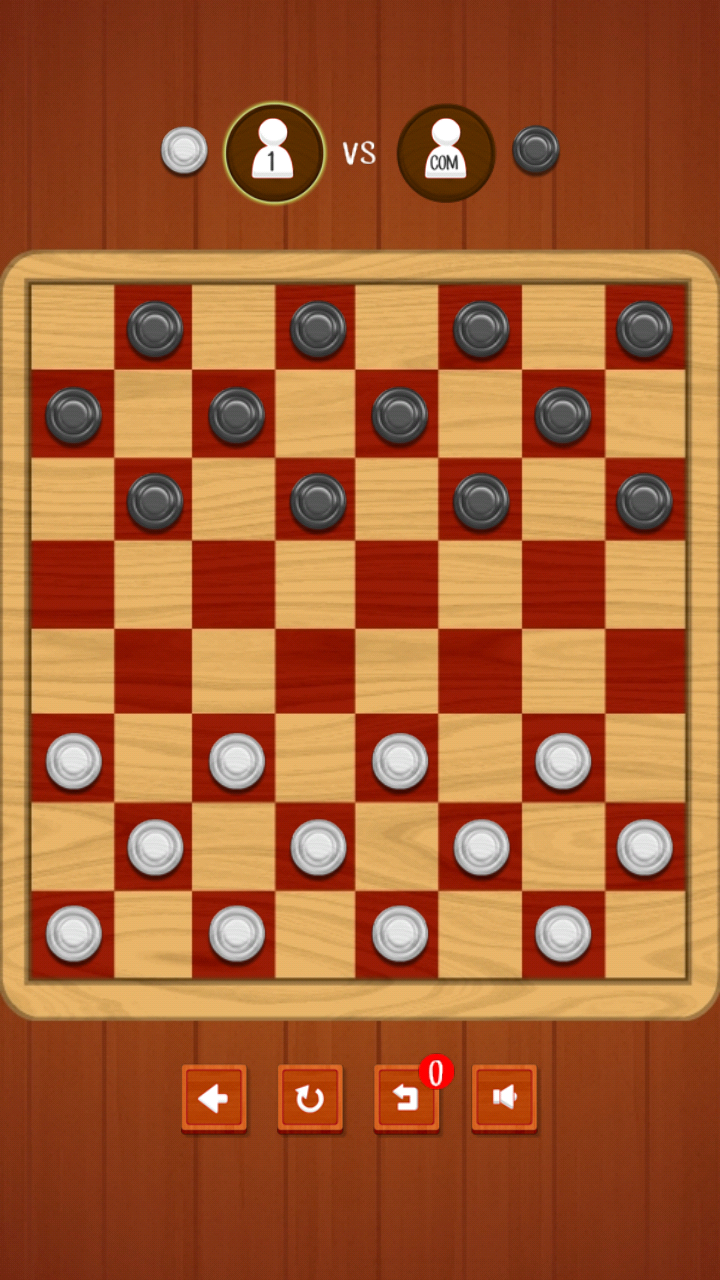 Download checkers online FREE and play the most addictive checkers game ever created.
Checkers or Draughts is a classic and well-known strategy board game played by two players on a square 8×8 gameboard. In this game, there are two modes provided; the Standard and Giveaway modes. In addition, the game rules can be set to suit your game play before starting any match. It can be played either against Android (CPU) or a friend both online and offline respectively.
Why do you need to download and install Checkers Online on your Android smartphone or tablet instead of Checkers Online games?
✓ 8×8 board size (24 pieces)
✓ Three levels of competitive AI.
✓ Two game modes; standard & giveaway
✓ Rules selection and customization
✓ Four rules option: mandatory capture, flying king, king eat first & backward jump
What are you waiting for? Download Checkers online game Now and Enjoy playing the best free checkers game ever!