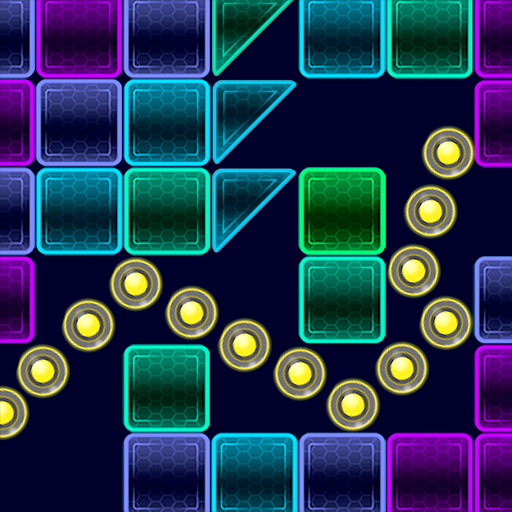 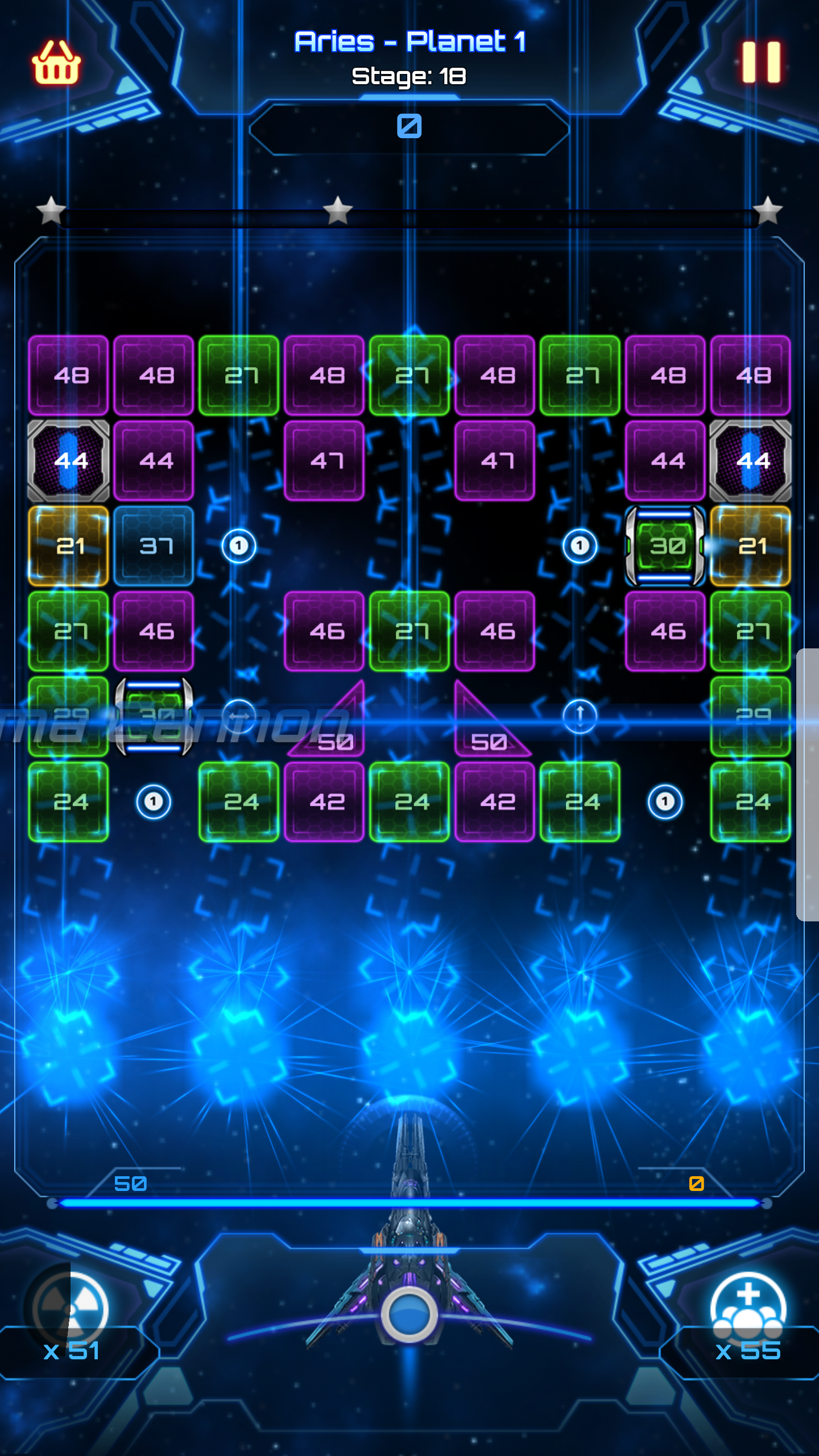 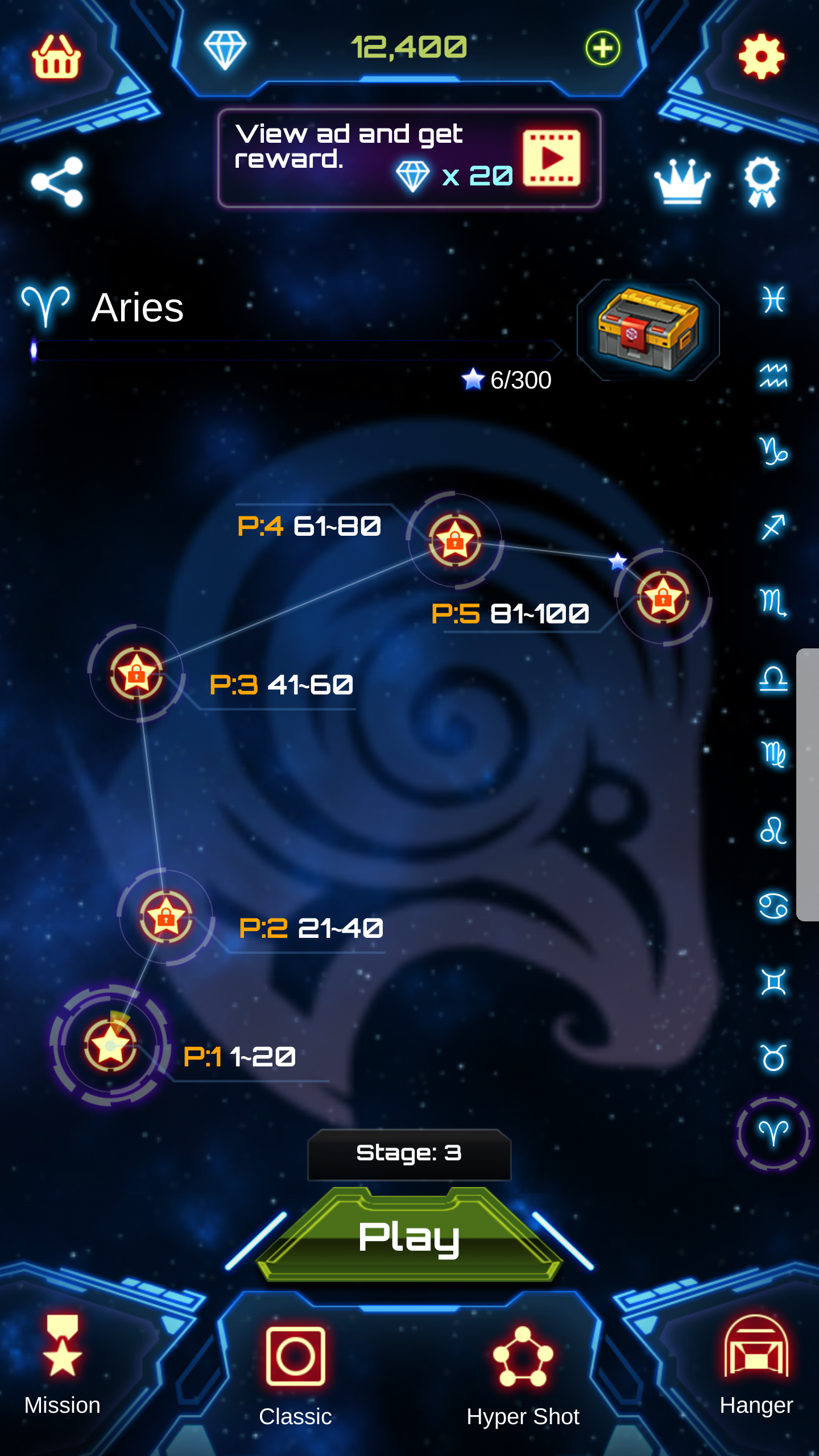 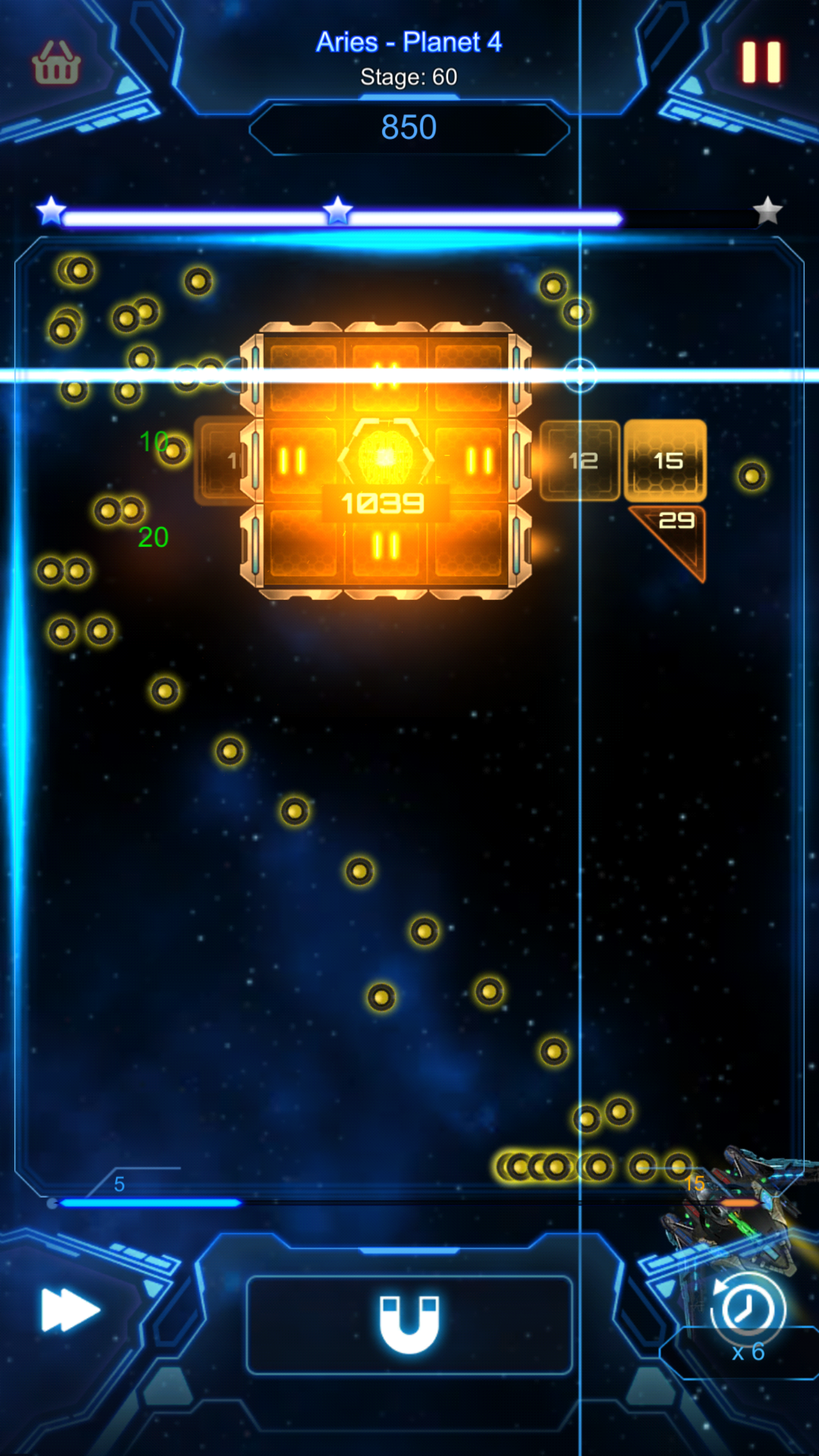 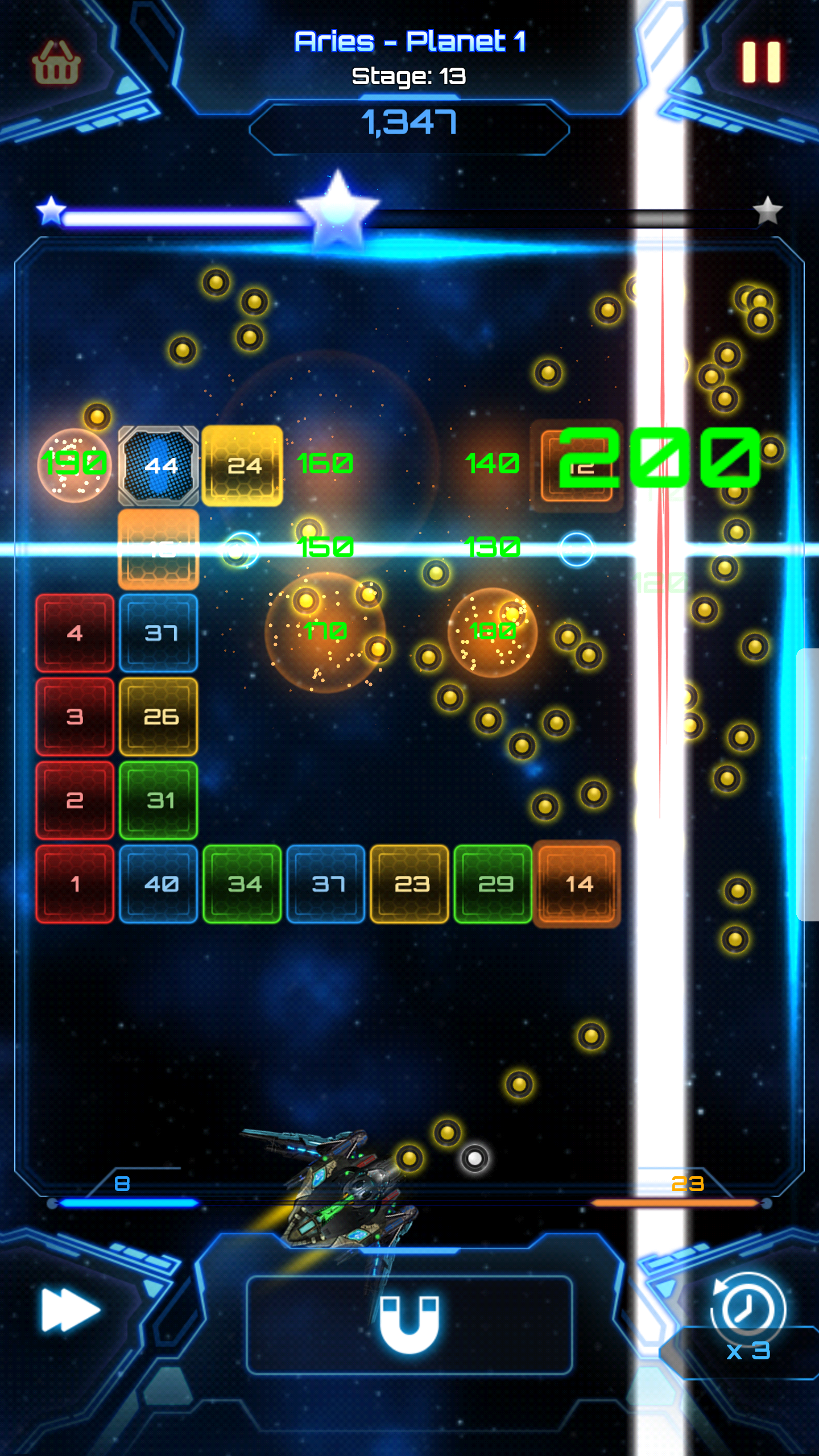 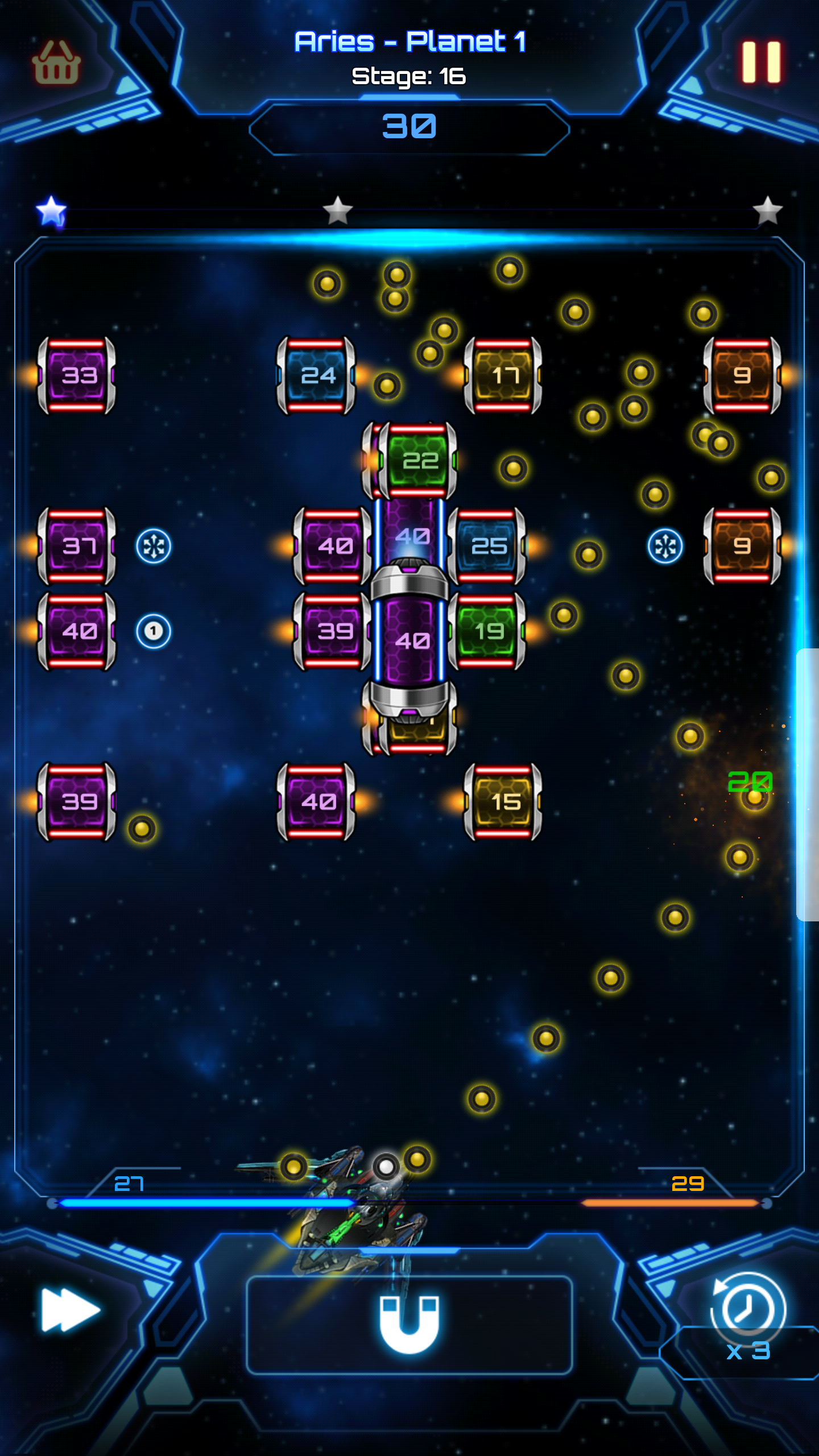 Enjoy a shooting game concept and a strategic brick breaking game in one.

You will be on a space journey across the universe. Beat levels that are laid out in various planets and Constellations until you reach the final boss who will end the world if you do not defeat him!

The background of the game is laid out in 12 constellation images. You can choose what kind of spacecraft you want to take on your journey

Over hundreds of levels to beat and fun to experience. Be challenged and have fun with Galaxy Shooter!

-  Use the control button or touch the screen to shoot the balls.
-  Destroy all the blocks to clear the Stage.
-  Game is lost if the blocks reaches the bottom of the screen.
-  Evade or destroy the moving blocks, but you must destroy all blocks.