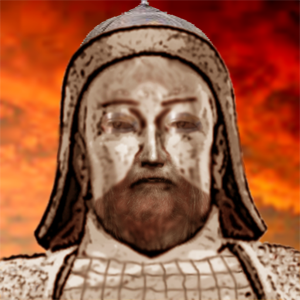 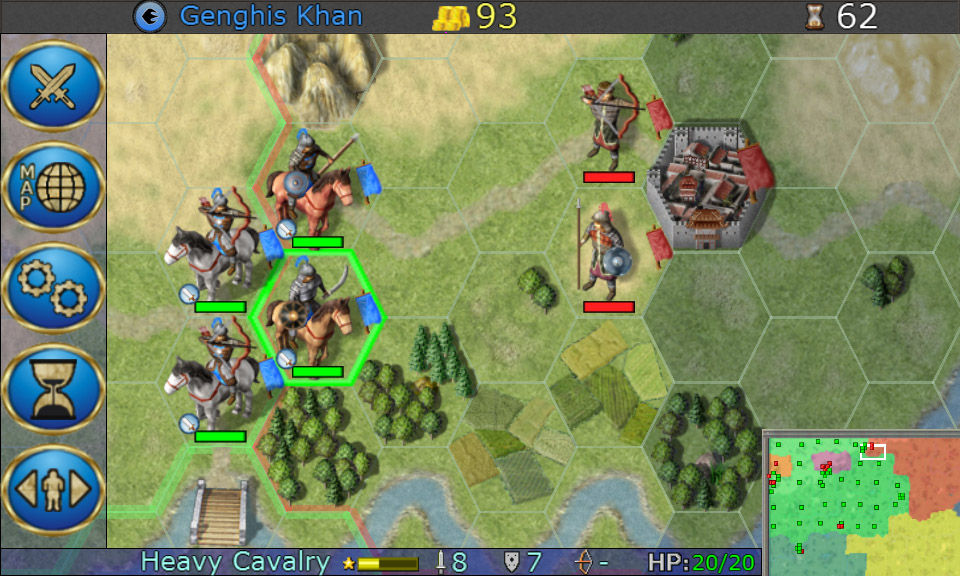 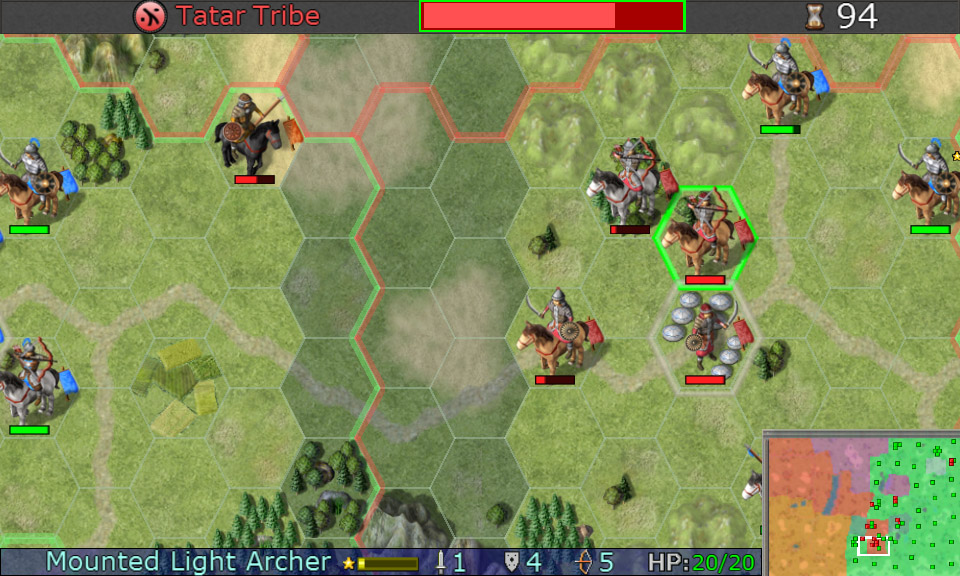 * Ads: Contains an ad for the full version.
* Designed to work on all Android devices. Tablets and mobiles. Android version 3.0 is a minimum.
* You complete a scenario by conquering 60 of the 70 provinces in a scenario. NO TURN LIMIT IN FULL VERSION.
* Four very big scenarios in the full version (one in the FREE version and a 15 turn time limit).
* The full game campaign spans the conquests of Genghis Khan over four scenarios.
* 20 factions to defeat and conquer in the full campaign.
* Each faction has its own set of units.
* Diplomacy system for declaring war when you want to.
* Google Play Leaderboards for all difficulty levels.
* Google Play Leaderboards for all scenarios and also the full campaign.
* Google Play Achievements to unlock if you play good. 18 in total.
* Experience points, which level the units. Levelled units have higher attack and defence values.
* Zooming features by pinching the screen or clicking the zooming buttons.
* Well performing AI. For instance the AI protects its weaker units with the stronger ones.
* Autosave at the start of each turn.
* Large maps on all the scenarios.
* Sounds and music. You can turn off music or/and sound if you want to in settings in the game.
* Several difficulty levels to choose from.
* AI playing speed can be adjusted to fit your liking.
* Overviewmap window where you can get info about the map and current ongoing game.
* Hours and hours of fun and challenging gameplay.
* Each scenario takes 90-180 turns to play through depending on difficulty and your skill.
* The game has been thoroughly tested and bug fixed for many months.
.
.
NOTE: If you are NEW to this kind of game, then please consider starting at the 'Easier' difficulty level. For tips about game strategies in the game, feel free to send questions to our support mail. We will answer as good as we can.
.
android@rexopax.com
.
.
.
More detailed info:
.
This is a turn based strategy game, in which you play as Genghis Khan. In the first scenario you defeat and unite all the tribes in Mongolia. Not an easy task but you can do it.
.
In the second scenario you invade China to get a taste of its wealth. Maybe you can teach teach the Song Emperor a lesson he will never forget.
.
In the third scenario you strike westwards into the Khitan empire. You will encounter many tribes who will resist you but you will be victorious.
.
In the last scenario you attack the muslim Khwarezm Empire north if modern day Iran. You also strike into Iran, northern Afghanistan and parts of modern day Iraq.
.
!! Release the hordes of horse archers and let the arrows come down like rain upon your enemies !!
Great Genghis Khan
.
.
© 2015 … logo, music, game... All rights reserved.