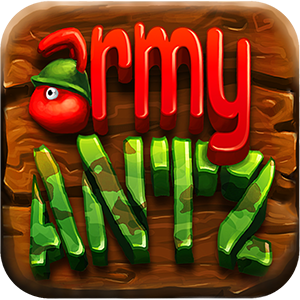 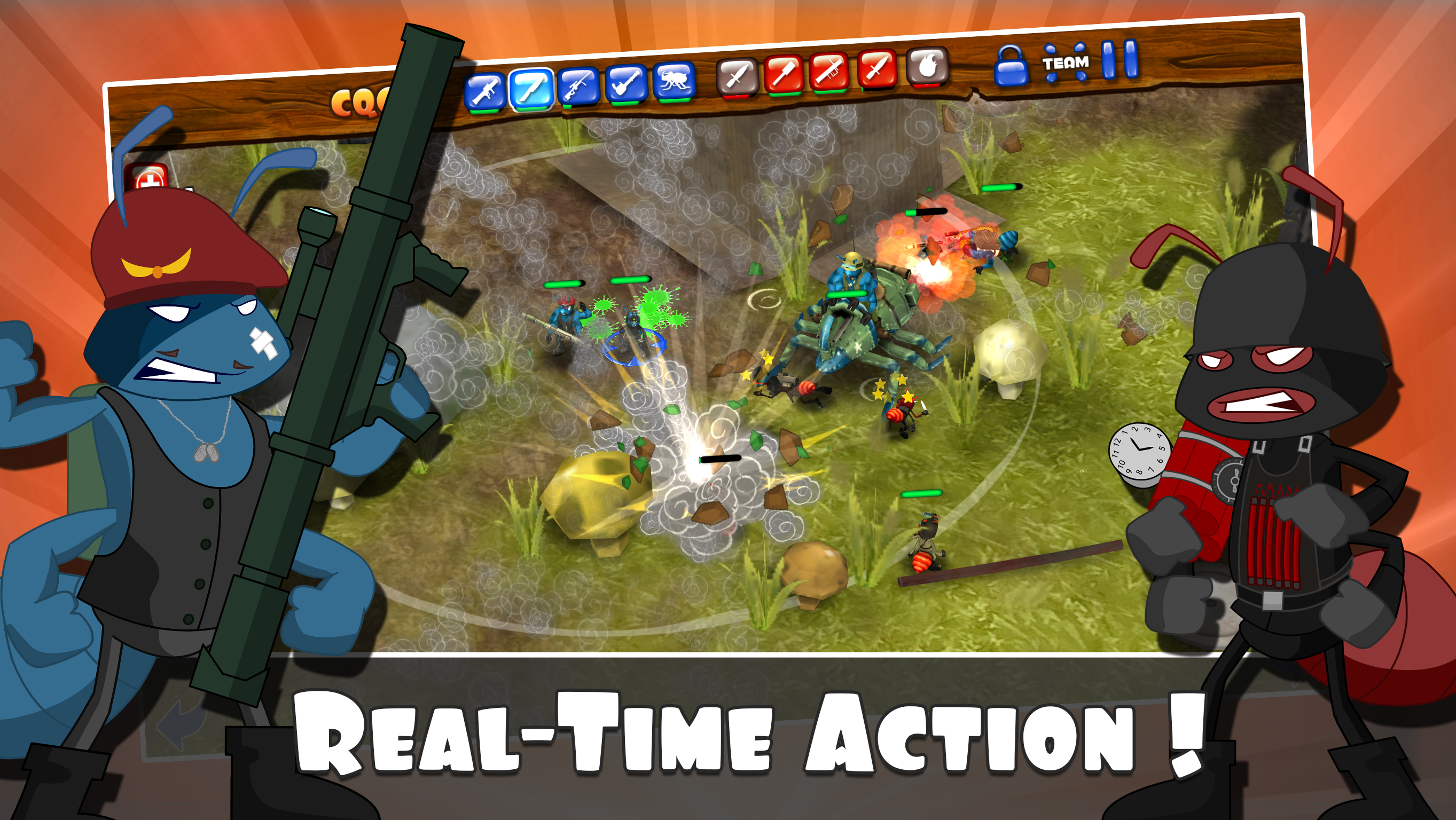 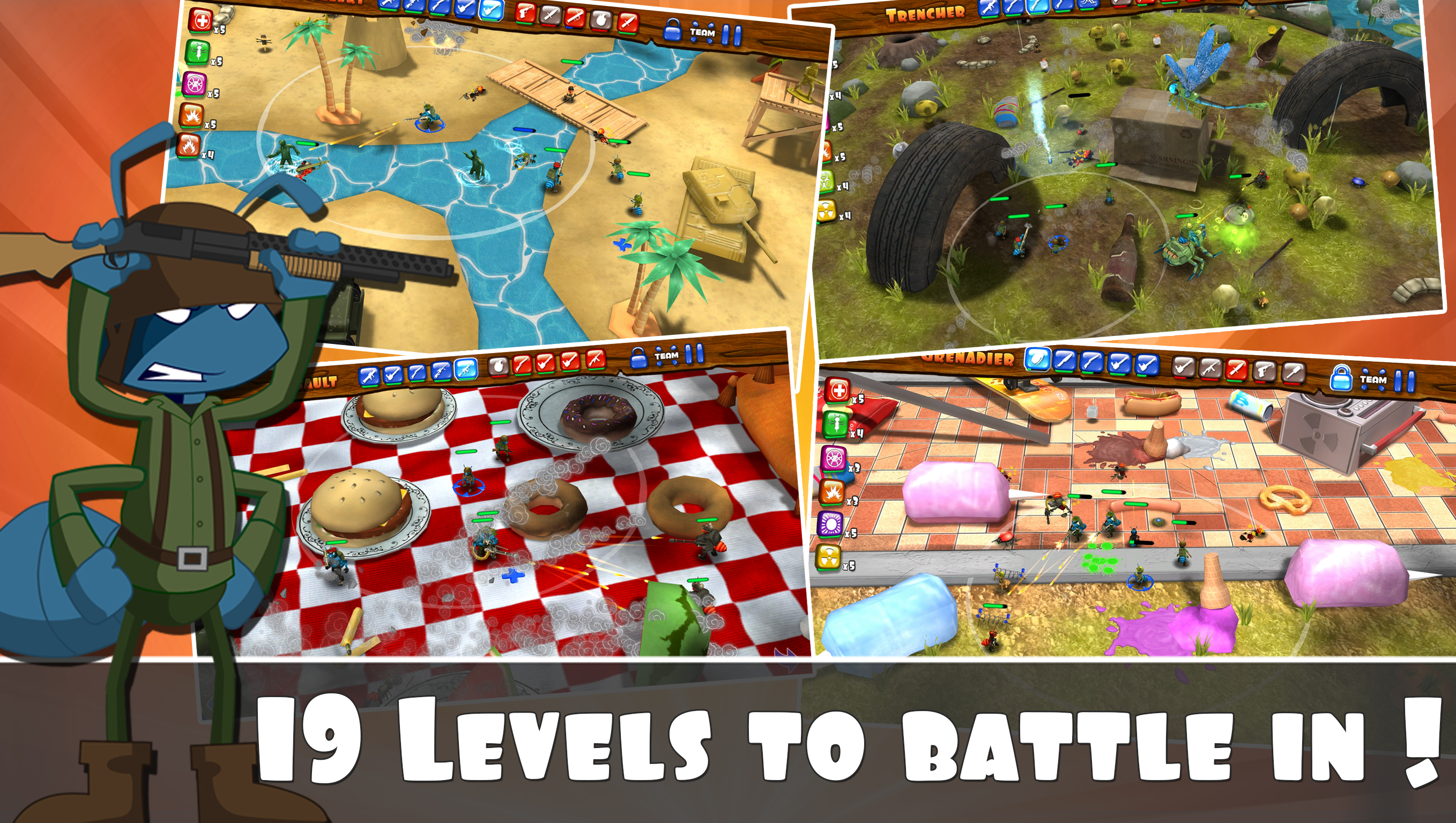 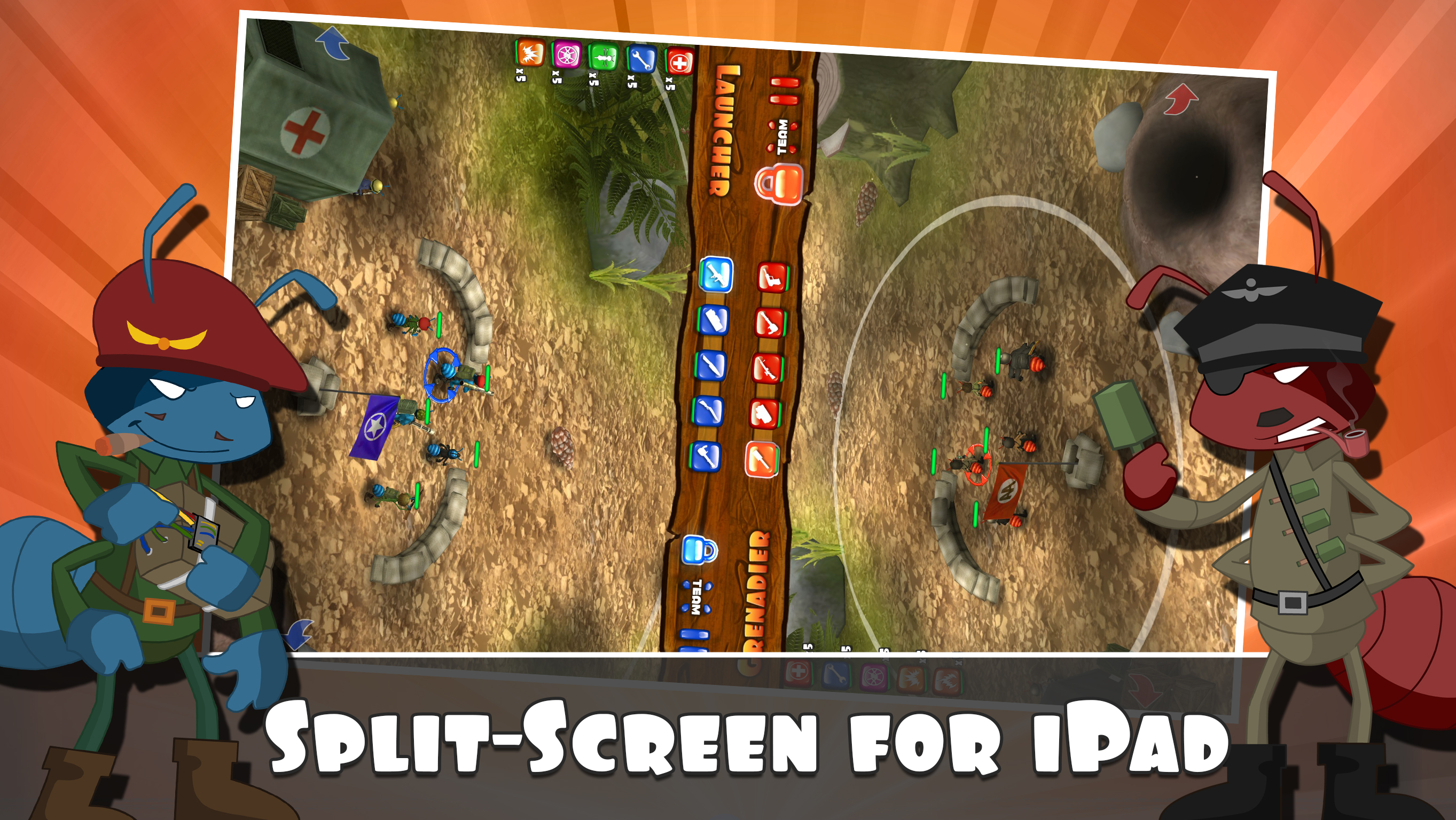 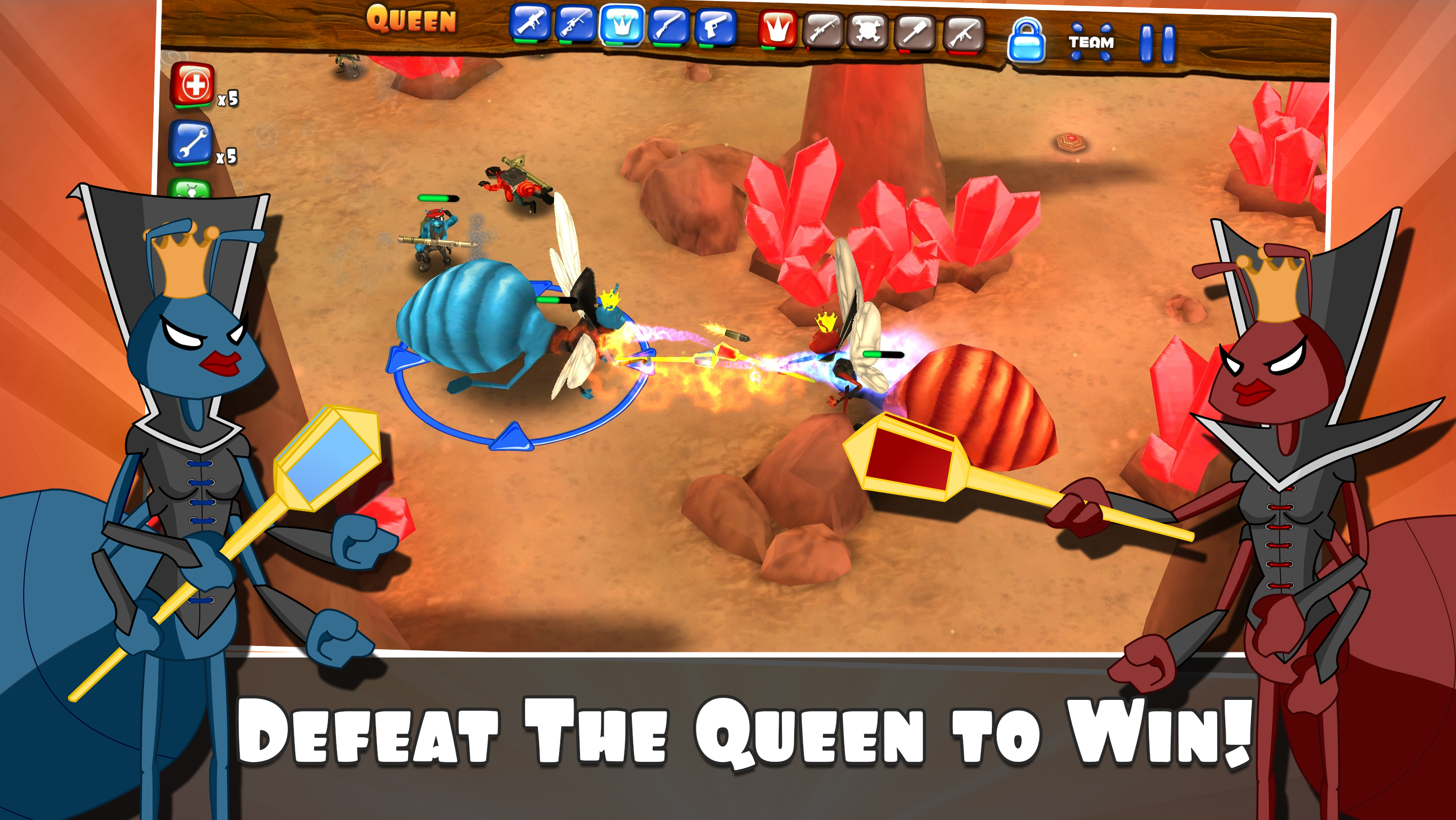 “A pretty whimsical art style and theme.” - Touch Arcade
"A truly fun spin on the idea of the five versus five combat."- App Advice
"iOS App of the week." - IPHONEFAQ
"Army Antz is a Terrific Combat Game" - PocketFullOfApps

Build an epic army of Antz and GET READY to combat in the most ultimate real-time strategic action-packed game with 5 on 5 battle arena.

Your mission is to progress towards the enemy's base, take their base flag, cut their support and invade the Queens lair. Rally with your troops till the Queen is brought down.

• 19 battle arenas carefully designed to be enjoyed and combat
• 13 strong Antz in the cadre, each with it’s own class of weapon
• 4 difficulty modes Easy, Normal, Hard and Kamikaze, increased difficulty will have the enemy become more aggressive with new behaviors
• 10 support items to help your army conquer the world
• 19 achievements to unlock hours of fun and a game-play to challenge your skills.
• Upgrade your Antz to become more powerful
• Training to get you trained before you take on the world
• Watch and share replays of your strategy to hone your skills.

Pave your path to take down the enemy’s Queen battle by battle for non-stop fun.

Easy to use controls, tap-to-move your army effortlessly and navigate in the battle with one finger and zoom with two fingers.

Want to tell us anything about your experience with the game? Reach us at info@digitalworldstudio.com