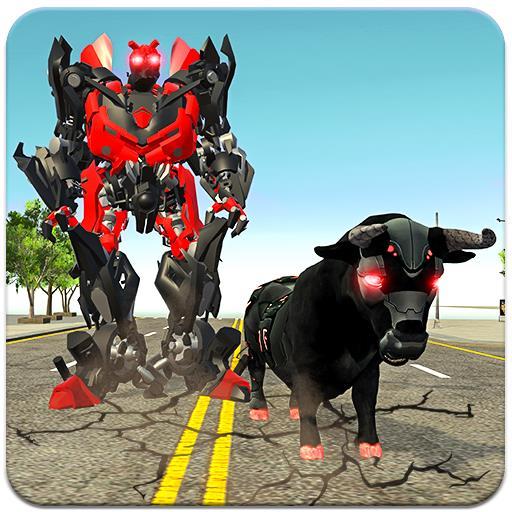 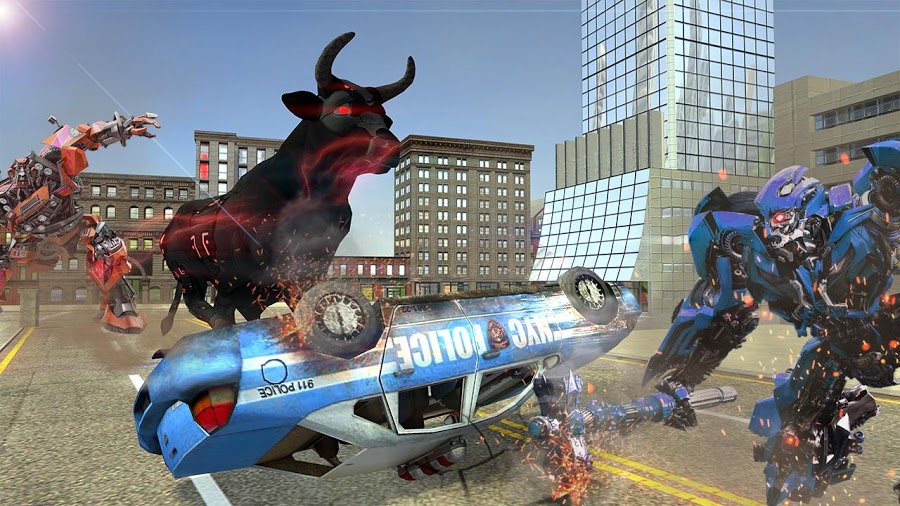 Futuristic robot wants to destroy city in robot battle games with bull transforming robot and destroying everything in the city. There is city environment in which robots are everywhere and transforming into bulls, destroying everything that comes in their way. Level based robotic action game in which you have to face the exceptional challenges in 10 levels. This robot bull transformation game is the best robot action game which is totally free.

Kill all the robots in robotic war by transforming into real robot bull fighting in transformation robot war game. Mech war of robotic angry bull or touro game for all age groups has begun so enjoy the thrill and adventure of robot wars transforming games. There is complex fight mission in battleground and robots mech warrior that integrates fighting between robots and robotic bull fighting. This robot transformation game is addictive for robotic bulls’ fans.

Graphics are amazing having real time 3D environment which feels you like playing as a real touro robot. An amazing robot with fascinating animations which provide ultimate fun for you with transforming robots into robot bull fighting. Convincing sounds and controls keep this bull transform robot game’s effects enhanced through robot bull game.

Download this Angry Robot for game now and enjoy while playing a role of robot bull. Don’t forget to give us your valuable feedback so that we can make improvements in future if required.Welcome to Angry Robot Bull Fighting Game with amazing graphics. This is one of the most addictive game which has features of real robot transforming and war between robots.