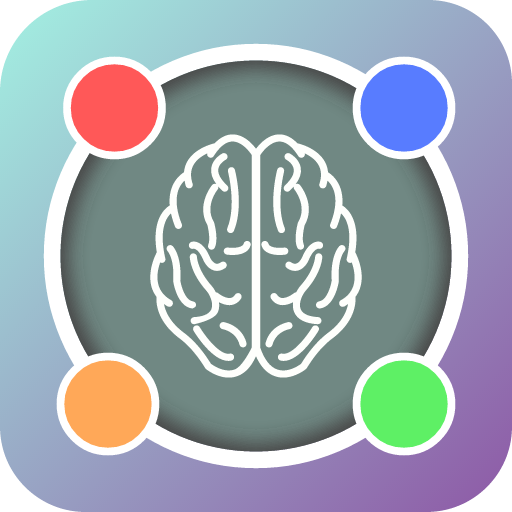 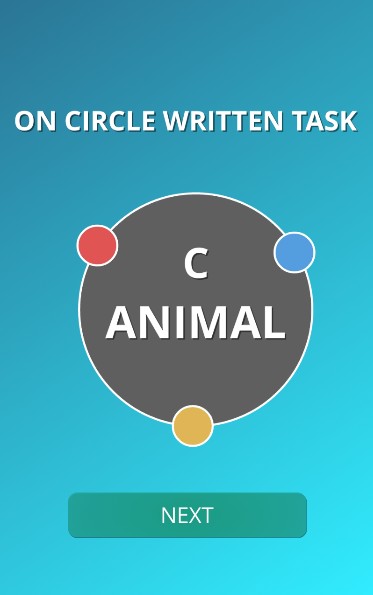 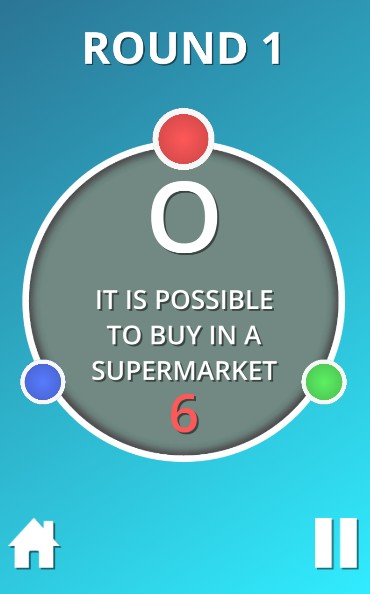 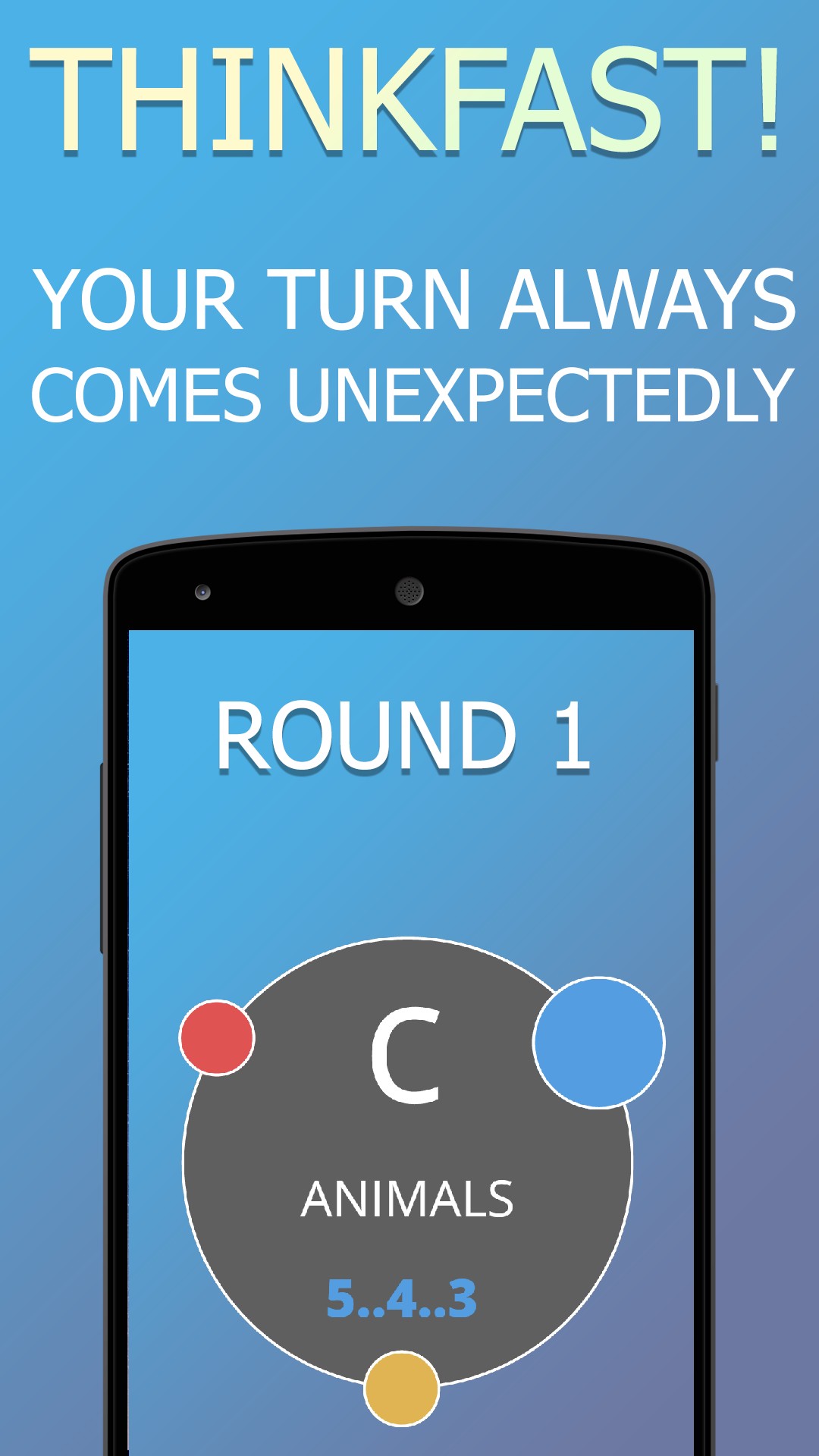 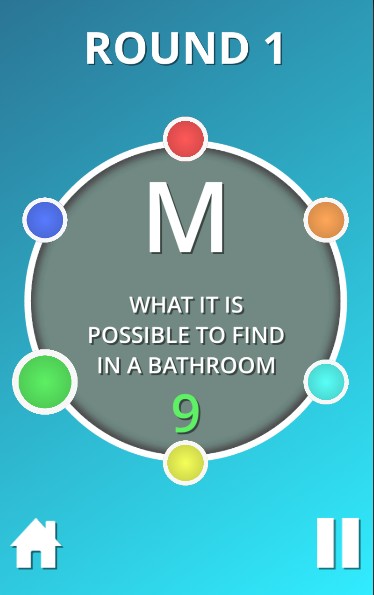 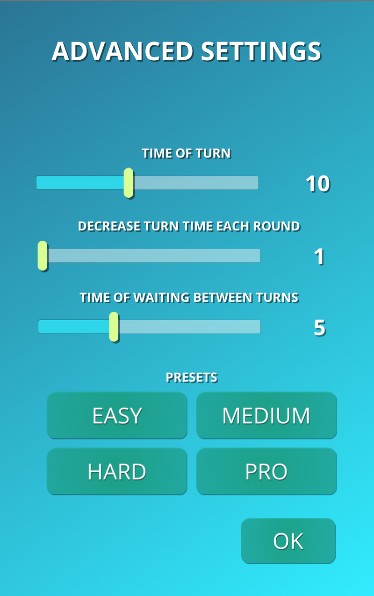 Think Fast! New cheerful and very intense game for the company of friends, party or a family. It will be boring for nobody as it is necessary to give quickly the answer and you never know when there is your course! It will be interesting both to adults, and children as the speed of a game can be set up under itself! It is possible to play a game as a family with children, and with friends, a game is suitable both for boys, and for girls.

Features:
• Unsurpassed intensity of emotions!
• Learn to think quickly!
• It is possible to set up all game under the speed!
• Play together, three together, four together, five together … Play six together!
• Complete feelings from a game FREE OF CHARGE!
• More than 100 jobs in two languages: RUSSIAN and ENGLISH!
• A beautiful graphics which won't distract you from a game!