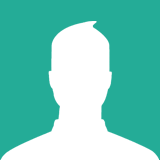 ''Aqiqah'' is an Islamic tradition of the sacrifice of an animal on the occasion of the child's birth. Aqiqah is widely performed by Muslims and it is considered Sunnah to slaughter a sheep for a new born child and distribute the meat amongnst the needy and poor.''Aqiqah'' is a type of Sadaqa as well as Sunnah. According to Hadith, every born is in pawn of Aqiqah, “namely it would be exposed to death and some awful circumstances if they don't do Aqiqah, it is sunnah from the parents to eat the meat of Aqiqah.” Aqiqah for boy, 'Aqiqah' means expressing gratitude to God. Muslims who have the means to do it should not ignore it. The Prophet (PBUH) sacrificed a goat each for His grandsons Al Hasan (RA) and Al Hussain (RA). The importance of Aqiqah also relates to the Prophet Ibrahim (AS) that it is part of the Abrahamic legacy. Prophet Ibrahim (AS) was the man of Tawhid (belief in the oneness of Allah). 'Aqiqah' for a male new-born must be offered by slaughtering two goats. ''Islam Freedom'' also provide the best services in this regard compared to other religious organizations. Islam Freedom provide two goats for male new-borns for £140. Aqiqah for Girl, 'Aqiqah' for a female new-born the slaughtering of a goat must be offered. It should not be taken to indicate that the birth of a girl is less blissful, because the Holy Quran has condemned this belief in several verses. According to Hadith, 'Aqiqah is the child's rescue from the Satan and protection for his efforts for the good of their life hereafter'. 'Islam Freedom' provides the best services of ''Aqiqah'' for the female new-born (one goat) for £70. 'Islam freedom' offers healthy sheep and goats and a portion of the meat to be distributed among the poor and needy people and those people who are helpless and hungry including orphans and elderly. This charity shows the true essence of 'Islam Freedom'. Allah says in the Holy Quran in Chapter 2 Surah Baqara, ''Those who spend of their goods (in charity ) by night and by day in secret and in public have their reward with their Lord; on them shall be no fear nor shall they grieve.' “Worship none but Allah, treat your parents with kindness and orphans in need, speak fair to the people, be steadfast in prayer, and practice regular charity” These lines indicate the importance of charity and therefore ''Islam Freedom'' give charity to the poor and needy in appropriate ways. The ''Aqiqah'' certificate will be issued on a monthly cycle. The suitable method of ''Aqiqa'', is that it should be performed on the seventh day if not then the 14th or 21st and so on. For those who have an issue where they are unable to purchase an animal for'' Aqiqah'' due to reasons such as limited time and a busy routine ''Islam Freedom'' provide preferable services for Aqiqah and fulfil the requirements of people. For more, Visit our Website: https://www.islamfreedom.org