How to Make the Perfect Native Mobile App with Vue.js

When Evan You first started working as an intern at Google back in 2013, he had an idea to integrate concepts that worked in Angular such as data binding and intelligent data-driven DOM rendering to a more lightweight application that was also more reactive. The result was Vue.js, which Evan labels a “progressive framework” and which focuses on approachability which people with knowledge of HTML, CSS, and JavaScript can easily pick up Vue vs. Ember vs. Angular.js: Frameworks Comparison Guide.

So, Just What Is Vue.Js?

Though relatively new, Vue is mentioned alongside other big JS frameworks for building mobile UIs and web page applications, with little differentiating it from other names such as Ember, Angular, React, Knockout and Riot. What sets apart Vue from the rest is the fact that it provides a lot more reactivity in as much as it isn’t based on an MVVM (Model View, View Model). Vue’s model is pegged on enhancing interactivity while trying to balance every part of mobile apps or browser applications through declarative rendering, data binding, and component composition. The result is a JavaScript framework that can support much more powerful and dynamic web pages, as much of the interactivity with server-side code effortlessly moves into our browsers.

What Does Vue Offer That Other Frameworks Don't?

In truth, Vue.js takes the best parts of most other UI/UX JavaScript frameworks and combines those into a lightweight application that supports a richer, approachable and more maintainable experience. Evan’s declaration of Vue as a performant and progressive application refers to the fact that with Vue, you can split your code into reusable parts, each with its own HTML, CSS and JavaScript components. This is excellent because you can merge native and hybrid code and easily maintain that code without having to go through thousands of lines of text editing and looking for bugs that never seem to show.

Why Is Vue.Js Perfect For Mobile App Development?

Most businesses are now converting their web platforms to mobile apps as the number of people with smartphones rises exponentially and the mobile app ecosystem generates billions in revenue each year. In fact, it is estimated that there were over 197 billion app downloads in 2017 alone. The need to make smarter and more interactive apps for personal use and especially for business cannot be understated. John Bennet, a B2C e-commerce platform expert at The App Solutions mentions: “Vue.js packs an extensive library which has allowed us to customize the mobile app experience for our app development both for retentive web scripting and mobile app integration using the NativeScript-Vue extensions. What this translates to is a seamless combination of apps and web browsing experience for businesses that look to us for consultancy. All this is enabled by the lightweight nature of the Vue framework which further allows rapid testing and deployment.”

Building Your Mobile App with Vue.Js

Vue's cornerstone is its use of a Virtual Dynamic Object Model (DOM), although NativeScript doesn't necessarily rely on DOM manipulation. NativeScript is, as the name suggests, great for building native code which also hives off an extensive Vue library. Through the use of extensive plugins and libraries that can be used for both native and hybrid routing and a framework that is incrementally adoptable, you can create an interactive and much reactive user interface that seamlessly integrates across both web and mobile app platforms. Furthermore, Vue is easily integrated into other libraries/projects allowing for a KEY point of scalability. Thus, you don't have to worry about lack of API or Vue plugin support if you want to build a cross-platform or an extensive corporate app.

Through providing encapsulation and organization, Vue allows you to separate your code into reusable files, and you can improve or build upon the foundations of your app through incremental adoption. The build process for apps in Vue is fluid, starting with a simple global installation of the framework, creating new projects with a web pack template, installing dependencies and running the development server, and finally building your app.

A major advantage of Vue (through Vue Native) is how it is able to build powerful cross-platform and native apps while adhering to a lean core. This framework also allows powering and handling of advanced Single Page Applications (SPAs) and something akin to lazy loading. This means that users, regardless of their OS preference, will all have an exciting and seamless experience regardless of whether they use a Vue-built app on an iPhone or a Galaxy Note 8. This cross-platform dependency without resulting in strenuous coding for either native iOS or Android applications, or having to build hybrid apps that don’t deliver, is a significant reason for Vue Native’s popularity.

Vue Native packs fantastic features such as data binding and two-way binding, declarative rendering for dynamic variables, template logic that allows use of conditional loops and directives, easy conversion of react native (.js) files to (.vue) files, improved nesting and computational ability, asynchronous data loading, animations and CSS transitions, and most importantly, reactive interfaces. This latter attribute is important for Vue as it allows the app to react dynamically to any kind of input from any other part of the app, allowing for a better and more interactive user experience.

From its vast developer toolkit, cross-platform integration, extensive libraries, and plugins, to a dynamic development server, Vue is one of the best options to create a native mobile app from development and beta testing to deployment. Vue has steadily gotten a solid developer community, which means you won't get stuck with troubleshooting issues.

The best part about Vue? It allows you to create much more dynamic and interactive apps which will substantially boost your business or e-commerce platform. Vue is definitely the way to go! 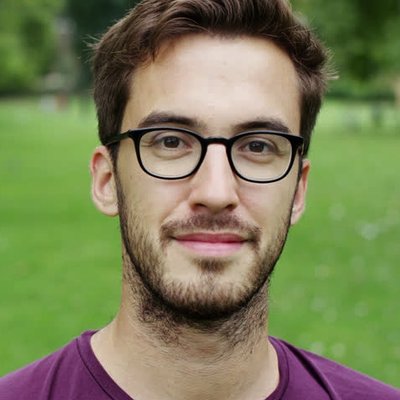 Michael is a web developer. He is also a columnist who loves to write on certain technical themes such as virtual or augmented reality, artificial neural networks or artificial intelligence. He follows latest elaborations in the technical world and keeps one’s finger on the pulse of software and hardware innovations. Michael enjoys writing about his new explorations in IT-industry in his articles.