There are hundreds of different messenger apps out there that people use every single day, each offering a little something different with the aim of standing out in a very competitive market. Today, messaging apps do so much more than just let the user send a message to people in their contact list, in fact, they can do so much more. From being able to video call, group chat, make payments, shop online, send documents, images and videos and more. Recently, lots of the apps have added the additional feature of being able to play games, much to the joy of many of their users.

Facebook- Facebook Messenger is a very popular messaging app due to its ease of use and the fact that you don’t have to add your contacts separately, they are already there on your friend's list. The addition of games adds a fun new element to conversations, and in some cases, can get pretty competitive! If you don’t have much to talk about with someone, you can spark the interaction by playing games such as Words with Friends, Pac-Man, Basketball, Ever wing, Space Invaders, Track and Field and many more. Most of the games are short and addictive and are exactly what you need to help pass the time and have a laugh with those that you are connected to. Currently, this addition is only available for those with iOS and Android operating systems, but this may change as time goes on. The developers of the app have made it very simple to use, all you need to do is tap the game icon to begin playing, and once you have finished the other people in the conversation will be able to see your score, therefore will have the opportunity to challenge you back. It looks like this is only the start of games on messenger, with many more likely to come in the future.

WeChat- WeChat is a Chinese social media and messaging app that was launched in 2011. One of the apps most popular features is its integrated gaming platform. It makes sense that the app is big on games considering its parent company is Tencent, the world’s largest gaming company. Users can visit the in-app game store to download games and launch them in the app, then using the app's social features can add a more social experience to the games.

Viber is a chat app that launched in 2010 in Israel and stands as one of the most popular messaging apps in the world. In currently has over 800 million users, a number that is steadily growing. Recently the app has made its games service available for all users worldwide after being piloted in five countries. Originally three games were launched, including Viber Candy Manis, Wild Luck Casino and Viber Pop. The way the games work with the app is that they are stand-alone apps that link up to Viber to let the users share scores with each other, take part in battles and interact with friends while playing. Viber makes money through the games using in-app purchases for additional lives and other features. Viber users should expect to see new games arriving very soon.

Line- Line is an app that many people all over the world use to exchange texts, images, video and audio. The app launched in 2011, and in 2013 became Japan’s largest social network. The app lets the user do a lot more than just send messages to each other, plus has the added benefit of being compatible with Android, iOS, Blackberry, Nokia, Windows, Firefox and Chrome. Line Game was created in 2011, and only those with a Line account can play Line games. Players of the games can connect with their friends, earn points and collect and swap items. There is a huge range of games available for users to play, and its games have been downloaded 200 million times.

WhatsApp- WhatsApp is different from many of the other messaging apps because it seems to have no interest in introducing games into the platform, and this is actually what makes the app stand out. Its key marketing tool is that it has no ads, no gimmicks and no games. Its users like the fact that it is plain and simple to use, and does what a messaging app was intended to do. 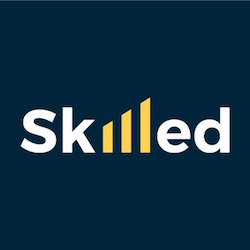