Best video game consoles to invest on for Christmas 2018

Whether for your kids, teenagers or adults, Christmas is the time of the year where gifts are circulating the house, and a video game console makes the perfect gift for this season.

There are numerous video game consoles to pick in the market, all varying in price and capabilities. What you want to be on the lookout for is the convenience, great compatibility with other consoles, functionality, and variety. Lucky for you, you do not have to stress over the many choices. Below is a compilation of the very top of video game consoles in 2018 that are worth investing in:

The Xbox One X is arguably the most powerful game console available in the market this year. It gives you an unmatched experience, with access to many home entertainment options. The console is particularly a favorite for serious console gamers. Further, if you enjoy watching shows from streaming services online, this video game console is yet perfect for you.

The Xbox One X comes as a small and more stylish package than other Xbox consoles. Its design is very close to a gaming PC, and not so much like the traditional console. The console supports video playback with HDR and 4K Blu-ray gameplay, giving it a sharp resolution for video, regardless of the console you use. As to matters of storage space, the video game console has 12GB of GDDR5 RAM, 1TB of HDD storage, and 8GB of flash memory. As an addition, it has an extensive library of classic titles, backward-compatible game titles and indie games, as well as online applications you can use to chat with friends, listen to music or watch something.

The Nintendo Switch video game console has brought versatility and convenience in the gaming world, in the way it is all packaged in a 6.2’ tablet-like device. To take the versatility further, it comes with Joy-cons, which are Switch controllers that you can slide on the side of the tablet-like device for an immersive hand-held experience. It is the Joy-cons that allow for multiplayer gaming, which makes gaming a lot of fun to include friends.

The best part about the Nintendo Switch console is that it provides a user with exclusive game franchises, unlike the Xbox One X. such games include Zelda, Mario, Xenoblade, among others. Further, the Switch has an allowance for indie game titles as well as cross-platform like Minecraft, Rayman Legends and Splatoon 2. Although it doesn’t have the 4K Blu-ray gameplay, you can play Doom (2016), which is quite a good deal for gamers.

If you already have the Best gaming keyboard and are now looking for a video game console with the highest number of high-fidelity games, then the PlayStation 4 Pro is your pick. The hardware of this console has been designed to be comparable to a dedicated gaming PC. It also has an updated DualShock 4 controller that has Bluetooth connectivity and can charge using a micro-USB, and you do not have to be permanently tethered to your game console.

The console has 4K Blu-ray gameplay and HDR 10 compatibility, with a PS4 exclusive library for games. It has access to niche titles and less known indie game franchises to choose from, for example, Japanese role-playing games, which are not available even on Xbox One X. it may not be powerful as One X, but it sure has a lot of games you can play, with improvements on optimized games and HDR support.

If you worry of the aesthetic look, you will be surprised that although the console is the largest available in the market, it has a matte black design that makes it look slim and attractive, easily blending in with other electronics in your room.

If you have been looking into gift ideas, you should consider any of these mentioned video game consoles, which happen to be the best in 2018. 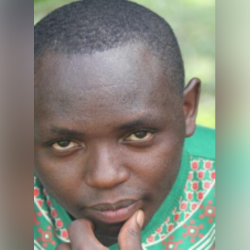 Dancun has been working with writing-challenged clients for over five years now. He offers ghostwriting, ghost editing, coaching, and SEO writing for businesses that want to see their sites at the helm of Google SERPs. His education background in communications and public relations has given him a concrete base from which to approach different topics in various niches. His writing skills can be confirmed on upwork.com, where he is a top-rated freelance writer. He especially enjoys writing website and blog content for startups and established businesses.