A definitive guide to creating Smart Mobile App on Blockchain

What is blockchain technology?

The blockchain (or chain of blocks) is an information storage and transmission technology; transparent, secure, and operating without a central control body.

Sometimes, by extension, the 'blockchain technology' is presented as a distributed database that manages a list of records protected against falsification or modification by the storage nodes. A blockchain is thus a decentralized and secure chronology of all transactions made since the start of the distributed system.

The blockchain revolution is often compared to the internet. The Internet transfers data packets from point A to point B, while the blockchain allows "trust" to be established between separate parts of the system. To know more about Blockchain Technology, one can always look up to several blockchain tutorials online.

How does Blockchain work?

Use Cases of Blockchain technology

Proof of your digital identity

With the possession of our own private keys, we become owners of our digital identities.

We no longer need accounts with associated authorizations held by the central parties to ensure that we are who we claim to be.

The chain of blocks gives both parties the mathematical assurance that the other person is who they claim to be. This is done without our having to reveal our full identity so that our privacy and security are assured.

Follow-up of the audit

This is important for the financial sector.

The traditional model, which involves a veritable mess of servers and private intermediaries, is necessary for banks because they have strict regulatory requirements and data protection standards that they must respect.

But this complexity is accompanied by atrocious inefficiencies and unnecessary costs. The billions of dollars spent on securing data in finance and other industries have also failed to counter attacks by hackers.

Blockchain technology could automate the tracking of access to information and records, control required permissions, and determine who sees the information.

The healthcare industry will benefit greatly here as well.

It's a matter of time before blockchain technology becomes a regulatory framework for most companies in the world.

Governments could code their legal conditions into a chain of blocks and let companies prevent or accept what they are trying to do.

Think about how much money and time could be saved if, for example, a purchase made by a trader in a bank would not pass because it did not match the rules encoded in the blockchain:

It's a lot of headaches reduced right there!

For governments, there are few key areas where the blockchain can help:

Following are some tips that help in developing good blockchain applications.

Understanding principles of the blockchain

Before diving yourself completely into the world of blockchain development, it is important that you understand the basics first. You can take up online courses on blockchain or read books on the same to get a good understanding of what blockchain exactly is and how it works.

Get a good understanding of data structures

One of the most desirable skills for the blockchain developers is a very good understanding of distributed ledger protocols. Hence, take time to learn about them -- what they are, how they work, etc. 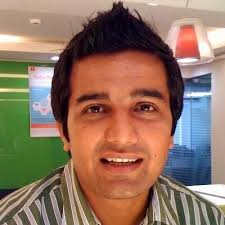 Saurabh has worked globally for telecom and finance giants in various capacities. After working for a decade in Infosys and Sapient, he started his first startup, Lenro, to solve a hyperlocal book-sharing problem. He is interested in the product marketing, and analytics. His latest venture Hackr.io recommends the best Data Science tutorial and online programming courses for every programming language. All the tutorials are submitted and voted by the programming community.