A Beginner's Guide to Starting and Marketing an App

Having a great mobile idea and having it materialized into an app is an entire process that isn’t necessarily an easy path to tread on as one may think. More importantly with millions of apps available on Apple and Google Play Stores, the room for innovation and ‘out-of-the-box’ apps are reducing. Which is why we see various variation of an already available solution but with better technology, additional features, and certain in-app perks that sets them apart.

Nonetheless, for beginners that are entrepreneurs or developers looking to kickstart their idea in hopes of it turning into a successful startup there are many questions looming above their head – from the idea’s worth to the marketing challenges. This mini guide will be addressing much of their worries pertaining to which idea to pursue all the way to questions like ‘how to market that app?’.

So How Should You Start with an App Idea?

Since every app is an idea first that gets into full throttle moving into various phases that include brainstorming, designing, prototyping and then placing this process into a loop until every design and feature decision has been finalized. Hence, the first question that should be asked is:

Out of all the app ideas I have, which one has more potential?

The answer to this is, why stick with one idea only? Since your app’s success will affect your business, then why take the risk of having just one app idea? The best route is to give each app idea equal priority and after each app’s release give it a six months’ time to play the field. During those six months closely monitor the success of each, and simply nurture the one that is growing user-base. This way you will have back-up idea running if one fails.

How to take an app idea to the next step?

Your app idea needs to be physically imprinted on a piece of paper before it gets anywhere. So start by writing the general concept on a paper and then get into the details – its features, functions, design, logo concept, and if you have technical knowledge then write down the technologies this app will be built on. Next comes prototyping which has been made easy with online tools available for you to create detailed screen-by-screen mock-up or wireframe of your app.

Free Wireframe tools for mobile apps: Some of them come with a free trial, while some are free indefinitely.

Once your requirements are finalized through a proper prototype – you can approach a software development company that would develop your idea into tangible and profitable reality.

How to know my app will be a success with the targeted market?

Launch your app with core functionalities only, instead of launching a complete app with all other nick knacks. This way you will get to experiment with your customers and see if they show interest in buying your app. If your app is performing well in terms of purchasing and usage, you are in the clear. These initial customers are important as they will give you valuable feedback as to where your app is falling short and where it might need improvement.

Should I hire an in-house technical team or outsource?

The idea is to keep the cost as low as possible at least during the initial stages of app development, because you might have to make considerable changes after seeing its initial progress on app stores. So the answer is –outsource your app requirements to a firm that has a great track record of taking on similar projects. It would be best if that outsourced company has a UI/UX designer as well, since user-experience plays a big role in an app’s success.

Some of the big names like Alibaba and Skype started their ventures by outsourcing their IT requirements. So you should take the same route and try to launch your app as soon as possible. If it performs well, then you may move on to further development, testing, and maintenance requirements.

Nowadays, it is fruitless to target one operating system only. Not only you are reducing your own app’s reach and visibility – you are also limiting multiple avenues of ROI. So target both and create developer’s account with Apple and Google by registering through their websites. There is annual app store fee which is $25 for Google and $99 for Apple.

If you are planning on building a business out of your app, then it is best to consider a monetization model for your app. There are various options to go about this situation. You even have the option to integrate a Freemium model that is quite popular.

Is launching the app enough?

Not quite. App store optimization can only take your app so far within the app store in terms of visibility and engagement. Which is why you need plenty of pre-launch and post-launch marketing performed. With 2.8 million apps available on Google Play alone, you have a very small chance of standing out. Even if you have a gaming app, you would still need plenty of marketing efforts in place in order to beat the competition.

So how should I market my app?

There are many channels that you can utilize, but first it is best to create a website with a download button for the app that it is speaking about. A website can help you with Google ranking and visibility. You can even start a complimentary blog section that has informative and engaging articles building a potential customer-base. Other routes include third-party endorsements, reviews from tech-bloggers, customer-reviews in the review section, and more.

What if I start receiving negative feedback?

Simply convert that to your advantage by immediately catering to their negative reviews and improving. This will not only help these customers believe in your product but also show the newer ones how committed your business towards their app and how much they value customer feedback.

Remember, it is absolutely fine for your customers to encounter bugs, but how quickly you respond to their reviews and perform correction ultimately determines the success and failure of your app.

How much does it cost for app development?

A definite answer is impossible as it depends entirely on the scope of your project. Even a rough answer would not suffice, as the cost is estimated on factors that include features, overall complexity, and so much more.

By now you may have a generic idea of how to take a start with your app idea and how important marketing plays in the success, visibility, and engagement of your app. However, following all the right steps doesn’t guarantee success. So do not fear failure but in case you are faced with it then do not fret either – as many great businesses of today have failed more than once. So get on with your app idea(s) with full confidence and make sure you are making the right choices. Remember, customer feedback is everything. 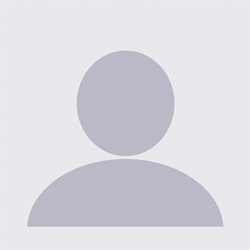