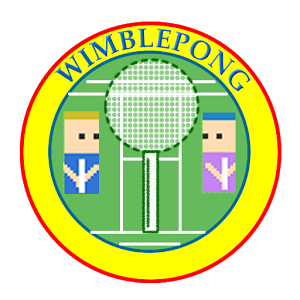 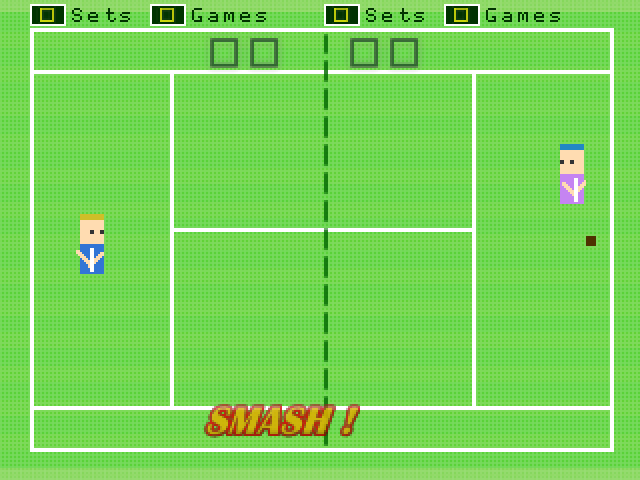 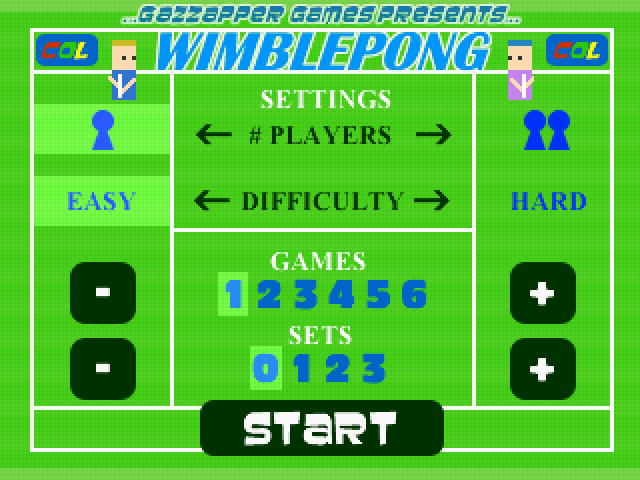 In WimblePong the gameplay is extremely easy, you control a player and must hit a ball back to your opponent as fast as possible to try and have it miss hitting it back. That’s when you get a point, win a set and eventually the game. While the gameplay is the one from the original Pong (although a bit improved using ball acceleration if hit correctly), the scoring system is that from Pro Tennis games.

You can think of WimblePong as a lightweight tennis simulator game that lets you experience the gameplay of Pong on a virtual Tennis grass court. Here are some of its most important features:
– Retro Graphics. The game has retro graphics reminiscent of popular Arcades, where the simplicity in design allowed you to focus on the actual gameplay. You can also choose to have a different color for your player.
– Single or Multi-player. You can play WimblePong either in single mode against the CPU or in multi-player against a second user (ideally on a tablet to have enough movement room).
– Addictive Gameplay. The blend between Pong and Tennis with a retro touch create an addictive gameplay where your only goal is to hit the ball as tricky as possible to have your opponent miss hitting it back (using the walls helps).
– Realistic Tennis Scoring System. Same scoring system as in tennis, whenever a player misses the other gets points and wins a set if it manages to get a 2 point difference once he gets above 4 points. In WimblePong you can choose how many sets a game should have and also how many games you want to play.