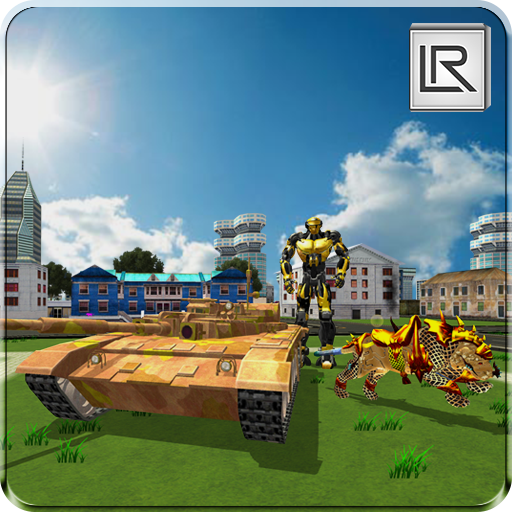 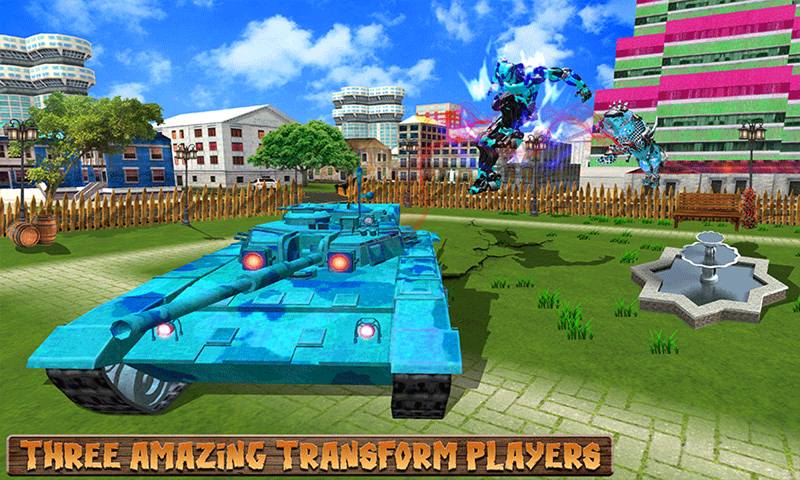 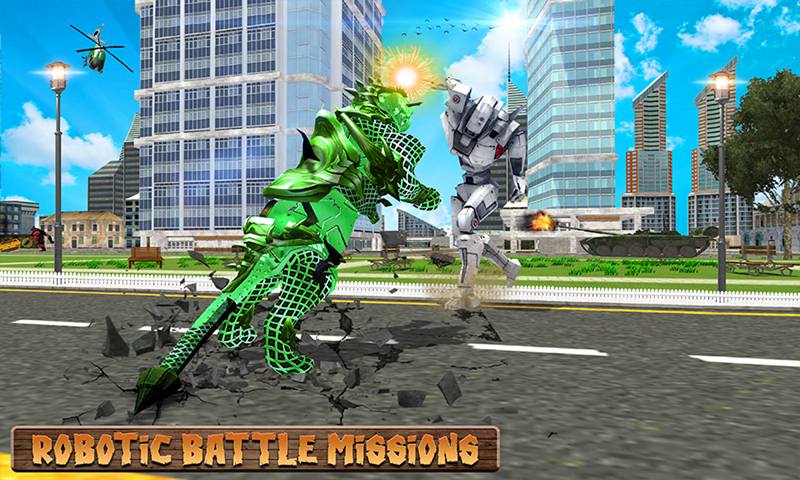 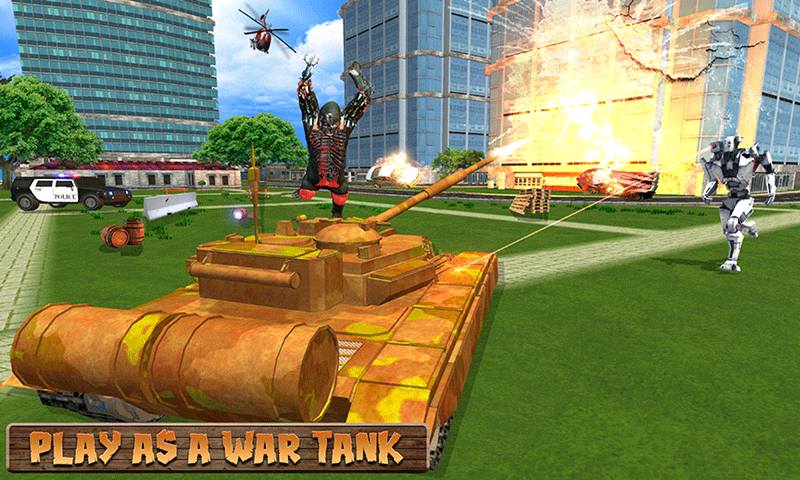 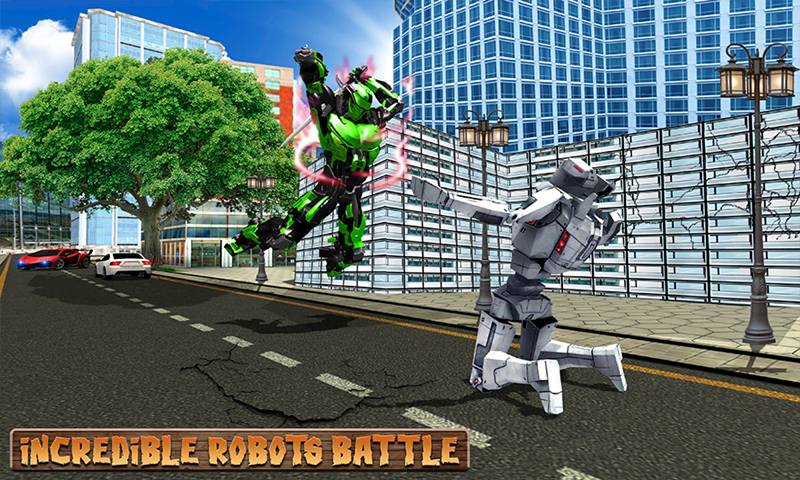 Be the wild furious Tiger in Wild Tiger Robot Transform Tank: Gorilla War game, where you are going to play the role of rescuing the civilians that are bound to migrate to another city just because of robotic battle in the grand city. The robots are destroying the grand city with the help of robotic helicopter and with the robotic gorilla. Robotic gorilla is smashing the traffic vehicles and the helicopter spitting the fire on the buildings. The grand city is become the dead city, the people of the grand city hoping for a miracle, you have to rescue the civilians as well as fight with the robotic enemy.

Enjoy the most demanding fictional game like, Tiger in Wild Tiger Robot Transform Tank: Gorilla War game that especially designed for the robotic game and wild tiger games lovers. The US army is fail to stand against the monster machines, playing as a robotic tank smash the building and rescue the people from the fire. Attack on the robots and on the gorilla. Transform into the robotic tiger and made furious battle with the robotic enemy. Amazing camera angles and the futuristic game play made this game addictive.

Get ready to be a fictional hero in Tiger in Wild Tiger Robot Transform Tank: Gorilla War game and transform into robotic players like, robotic tiger, robot tank, and as deadly robot. Take stand against the evil robotic machines that harming the innocent civilians. Choose your favorite robotic team to fight with the robotic gangsters. Playing as a robotic tiger defeat your rivals with the eye laser attack as well as with the claws and fire spitting attack. Your opponent rivals are too much dangerous like, robotic helicopter will attack with spitting fires on you. Do not afraid by the air strike of helicopter, playing as a robot tank and attack on the rivals with heavy tank shot as well as crushes the rivals with the tank. In each missions the powers of the enemies increases gradually and the game play become more complex. Defeat your rivals as soon as possible to get more score in this robot tank game. The gameplay is not over yet, playing as a futuristic robot mess with attack on the opponent with the amazing ice fire as well as with the incredible mix martial art combos. Show your strategy and fighting skills against the war robots to save the city from the war machines. Easily unlock the other transform team by making more score in this Tiger in Wild Tiger Robot Transform Tank: Gorilla War game. 3D environment and amazing battle missions made this game crazier.

• Choose your favorite transform team to play the game.
• Transform into Robot, Tank and into Robotic tiger.
• Robotic players having their own special attacks.
• Stand against the monster gorilla robot and war robots.
• Fabulous powers and laser attack of robotic tiger.
• Drive the robotic tank and rescue the civilians.
• Fictional and addictive gameplay.
• Fabulous graphics and city battle environment.

Are you ready to be a part of the robotic battle against the robotic machines? If yes, than what are you waiting for? Choose your favorite robotic transform players like, robot tank, robot tiger as well as the transform robot to play with. Just grab the incredible Tiger in Wild Tiger Robot Transform Tank: Gorilla War game and become futuristic war hero to rescue the civilians.