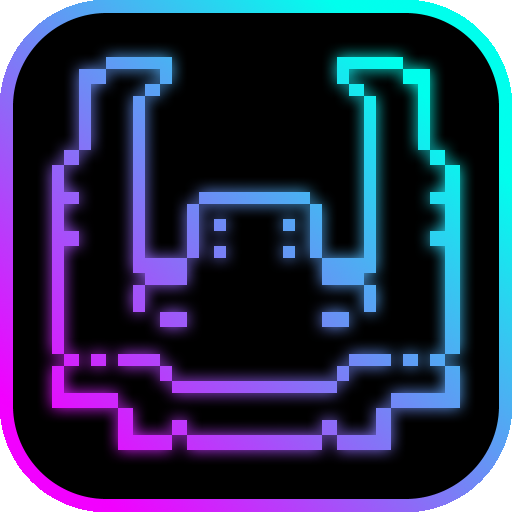 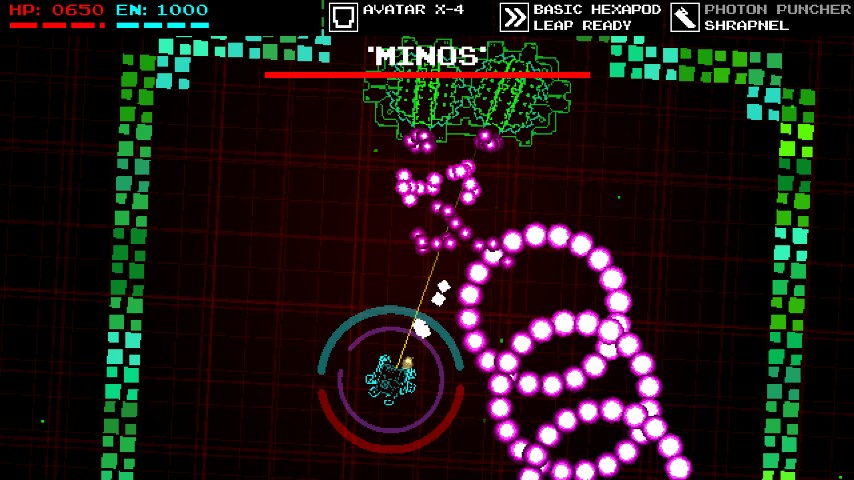 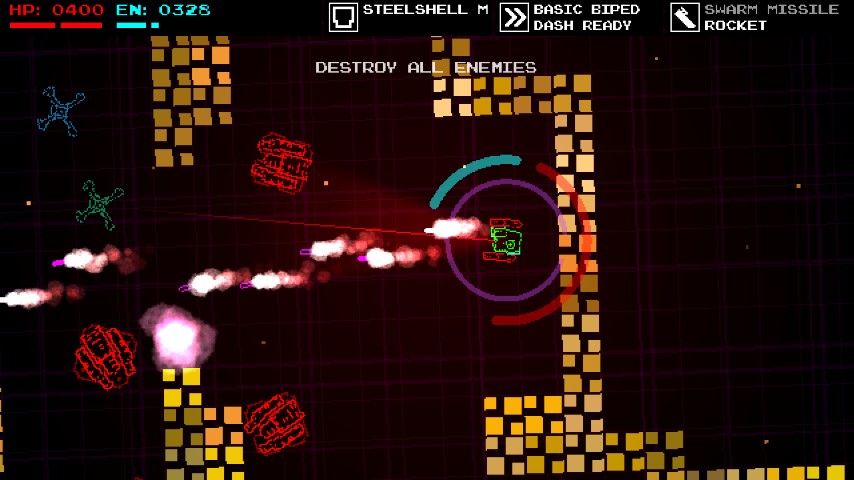 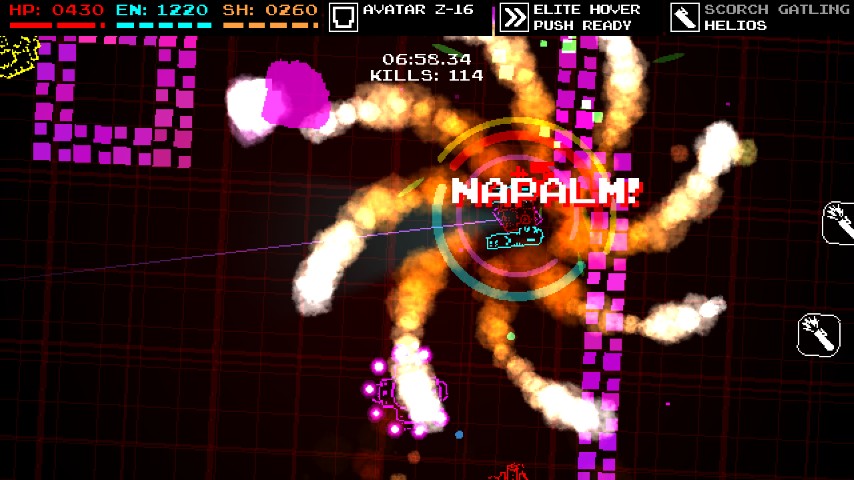 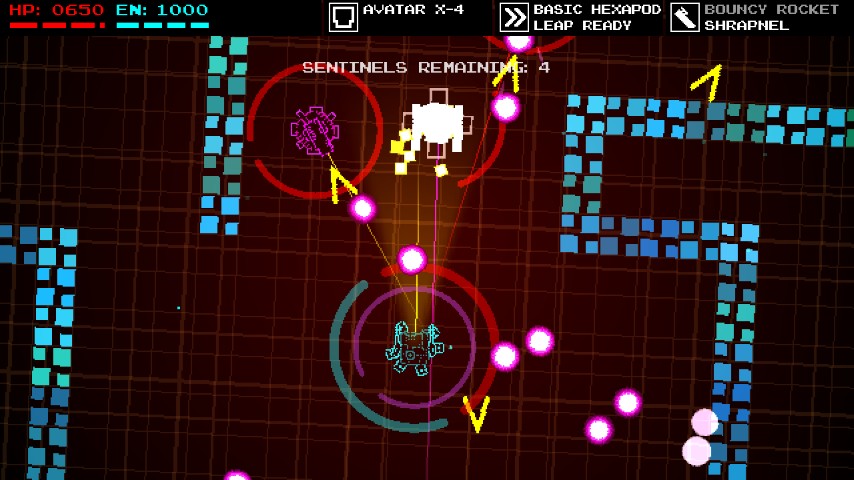 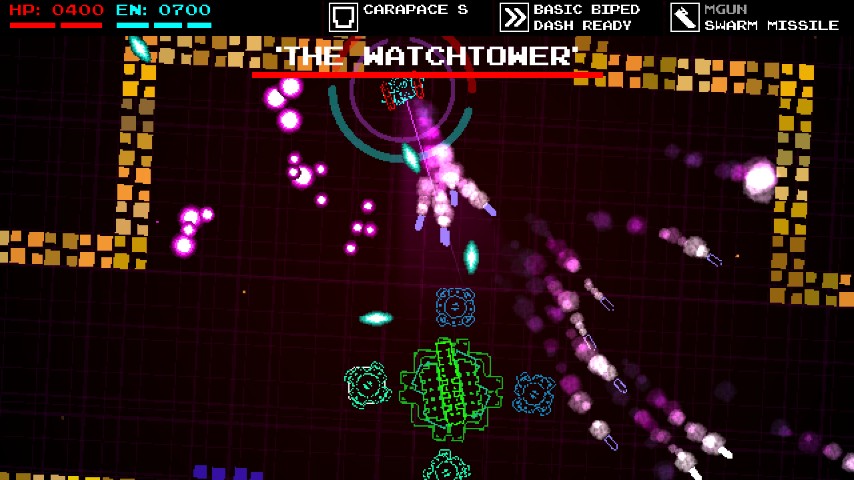 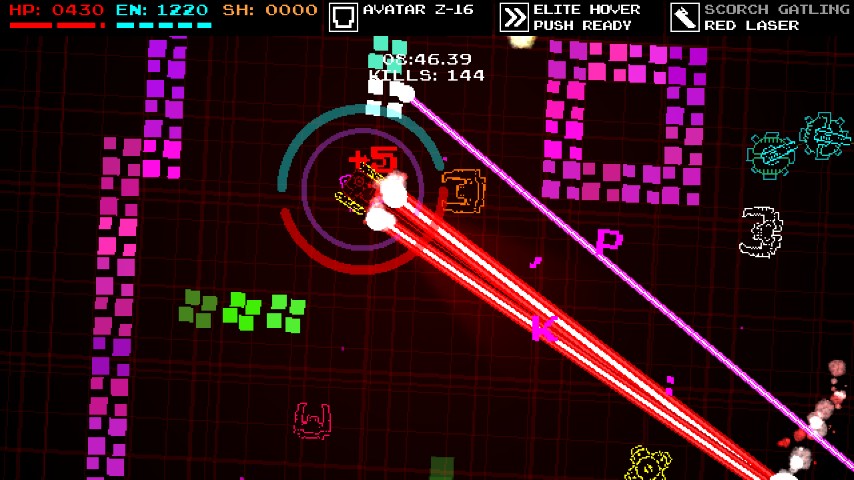 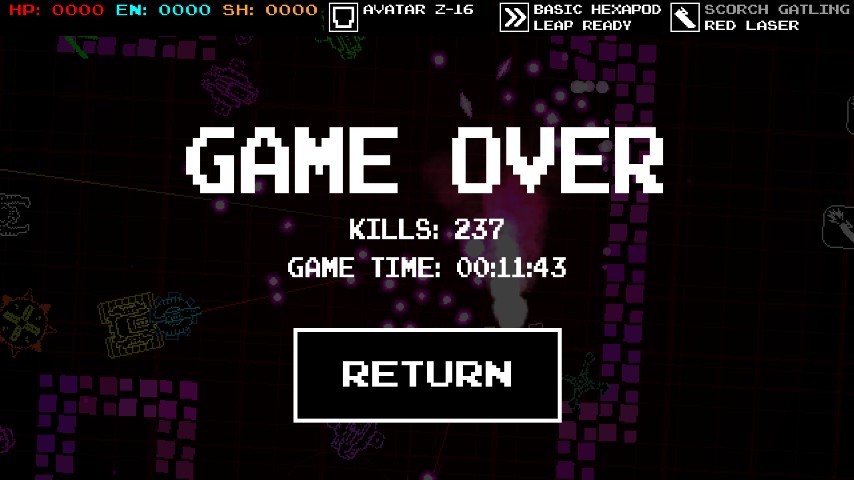 Play sessions are quick and challenging in this challenging on-the-go action roguelike, featuring an infinite number of randomly generated levels and enemy patterns along with tons of weapons and other gear. Every round is guaranteed to be different as you fight your way through hordes of enemies, all to the steady beat of a crisp chiptune soundtrack.

- Over 50 weapons along with numerous upgrades and variations to frame and movement modules, diversifying play styles across runs by changing the way you deal damage, move around and resist enemy attacks.

- Dynamic level generation that guarantees that no two levels are the same. Areas can be narrow and favor close range combat or large and leaving you without cover, or anything in between. Adjust your approach to your surroundings to get as far as possible.

- Controls are specifically designed to be simple and direct on a touch screen. Easy to learn, difficult to master.

- Large variation on enemies and numerous bosses. The difficulty increases as the game progresses, making the enemies more aggressive and powerful.

- Minimalistic art style that mixes new with old, and renders everything easily readable due to vibrant colors and distinct shapes, even when the entire screen is covered with bullets.