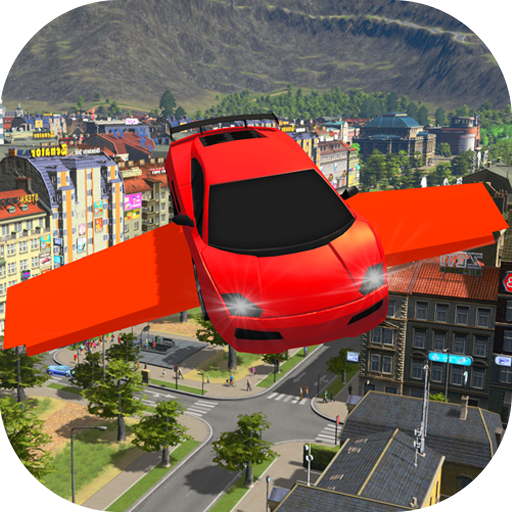 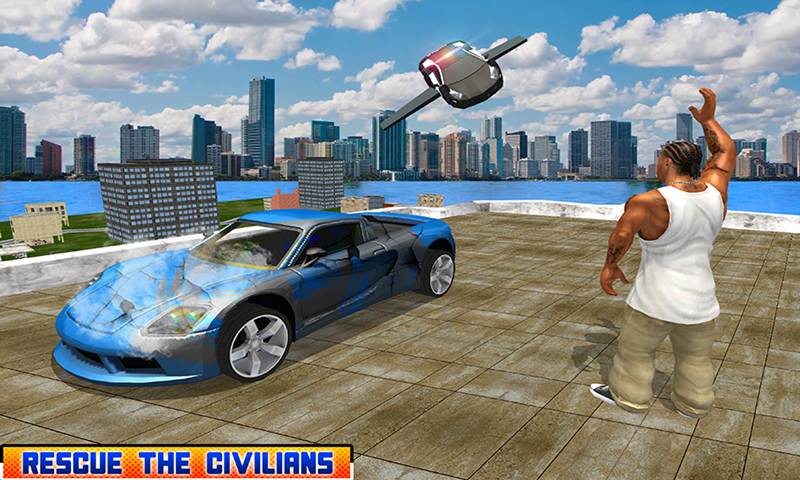 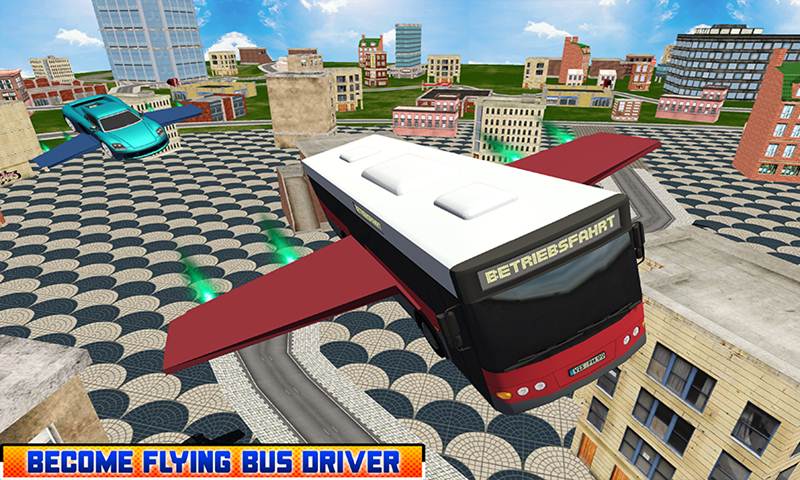 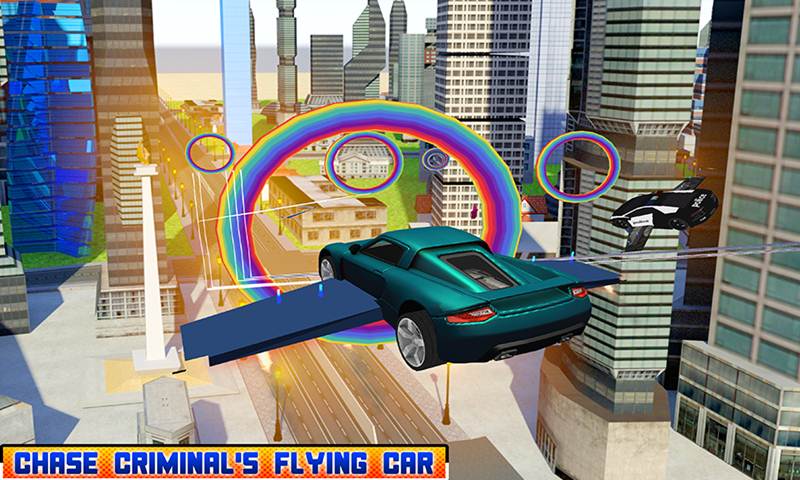 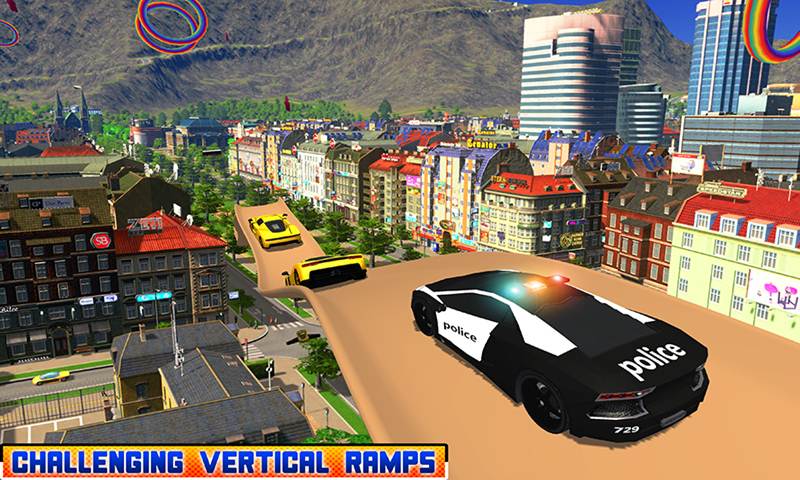 Do you wish to start your journey in a hi-tech flying transport or you want to chase the flying robber's car in most advance police cars? If yes then take the controls of your next generation game and fly your car to rescue the people from the roof of skyscrapers in Ultimate Flying Car Driving Simulator. Become the best pilot of the futuristic transport vehicles and watch the city with the bird's eye view in this flying bus game.

Enjoy the most demanding Ultimate Flying Car Driving Simulator that specially designed for the flying car games and flying car pilot games lovers. Drive your favorite flying sports car, flying police car and flying bus to pick and drop the passengers from the skyscrapers. Show your professional pilot skills and collect the moving rings in the air.

Ultimate Flying Car Driving Simulator contains the stunting and thrilling missions for the fans of the futuristic game. Choose your favorite fly bus, flying police car and flying sports cars. Buckle up your seat belt and challenge your rescuing, racing, chasing and smashing skills. Rescue the people from the skyscrapers and take them to the nearest hospital. Smash the rival’s flying car, go through skyscrapers and dodge the other sports flying cars to win the race. Perform breathtaking stunts over the vertical ramps and transform your car into futuristic flying car with just one tab. Pass through the checkpoints to increase your score so that you can unlock the other mind-blowing wing cars. Provide the best flying transport service to the village and city passengers in this flying car game.