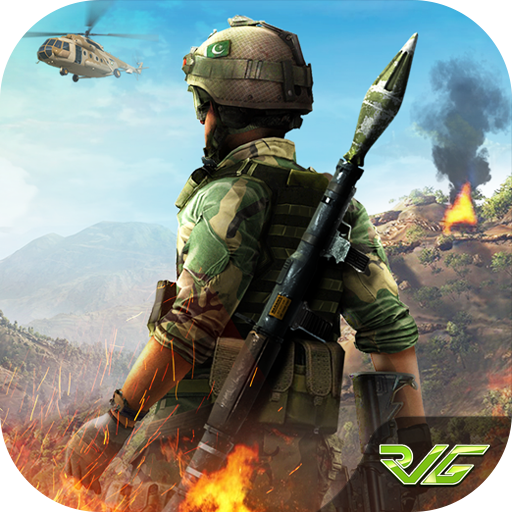 The Glorious Resolve: Journey To Peace 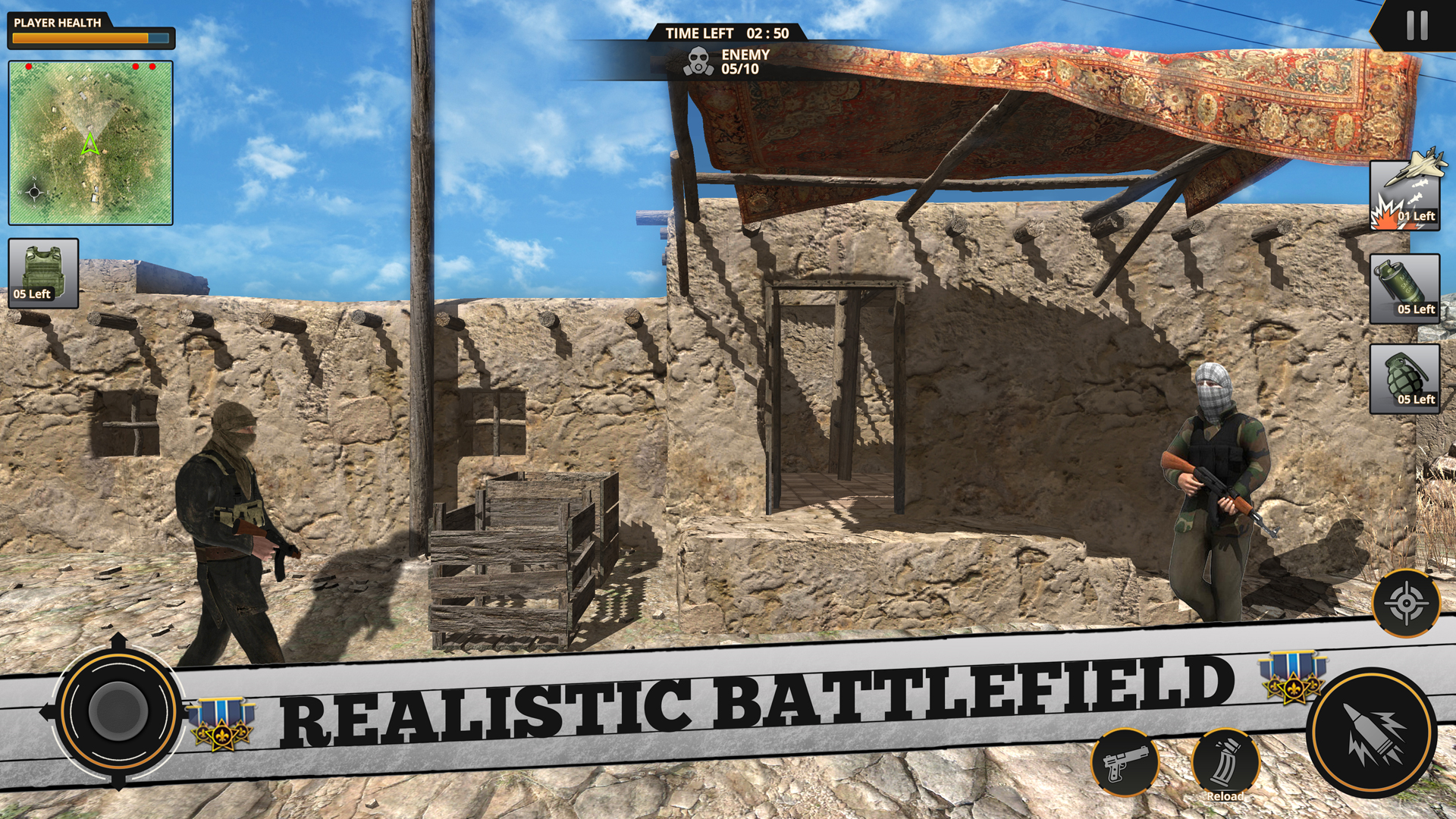 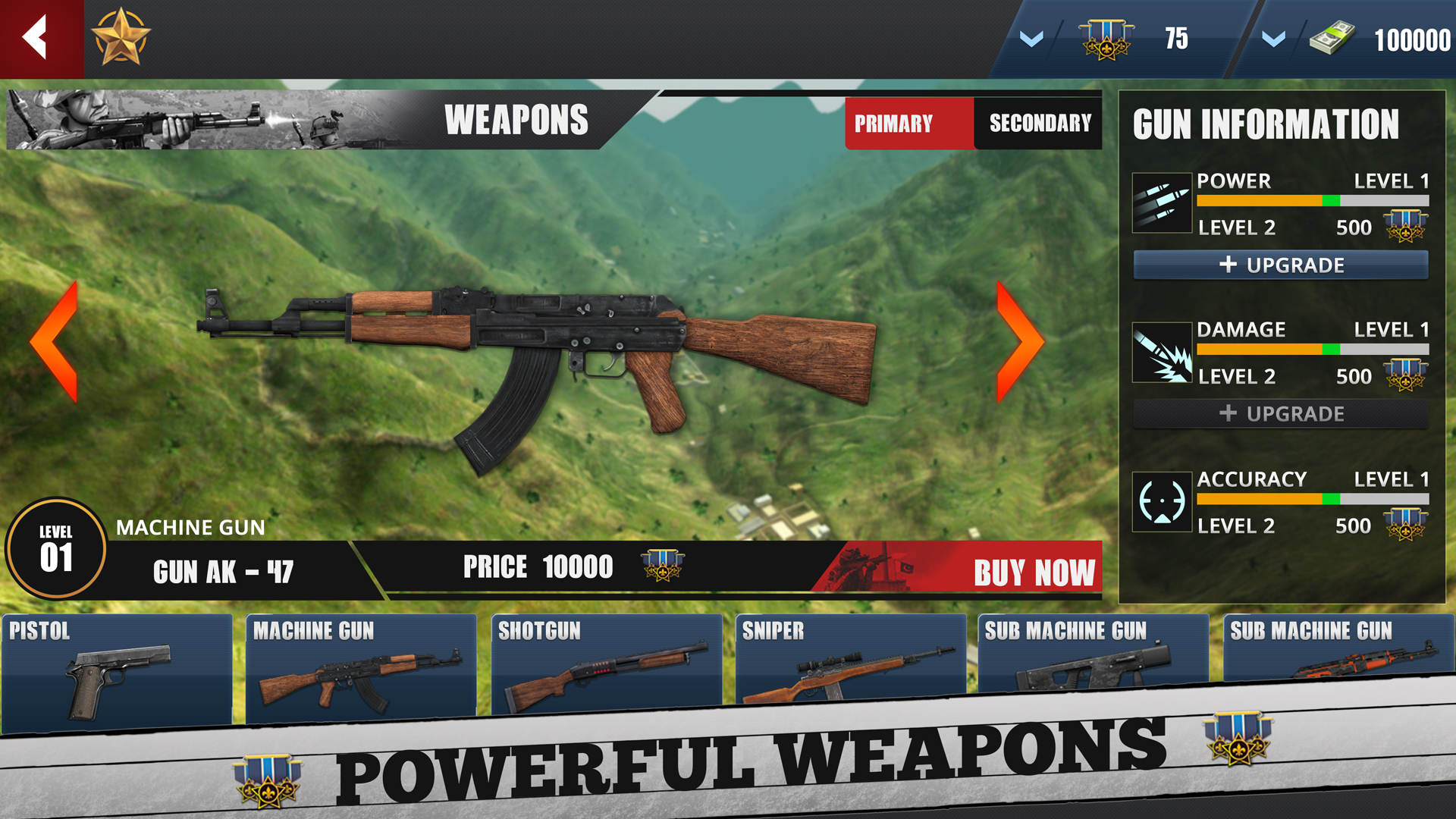 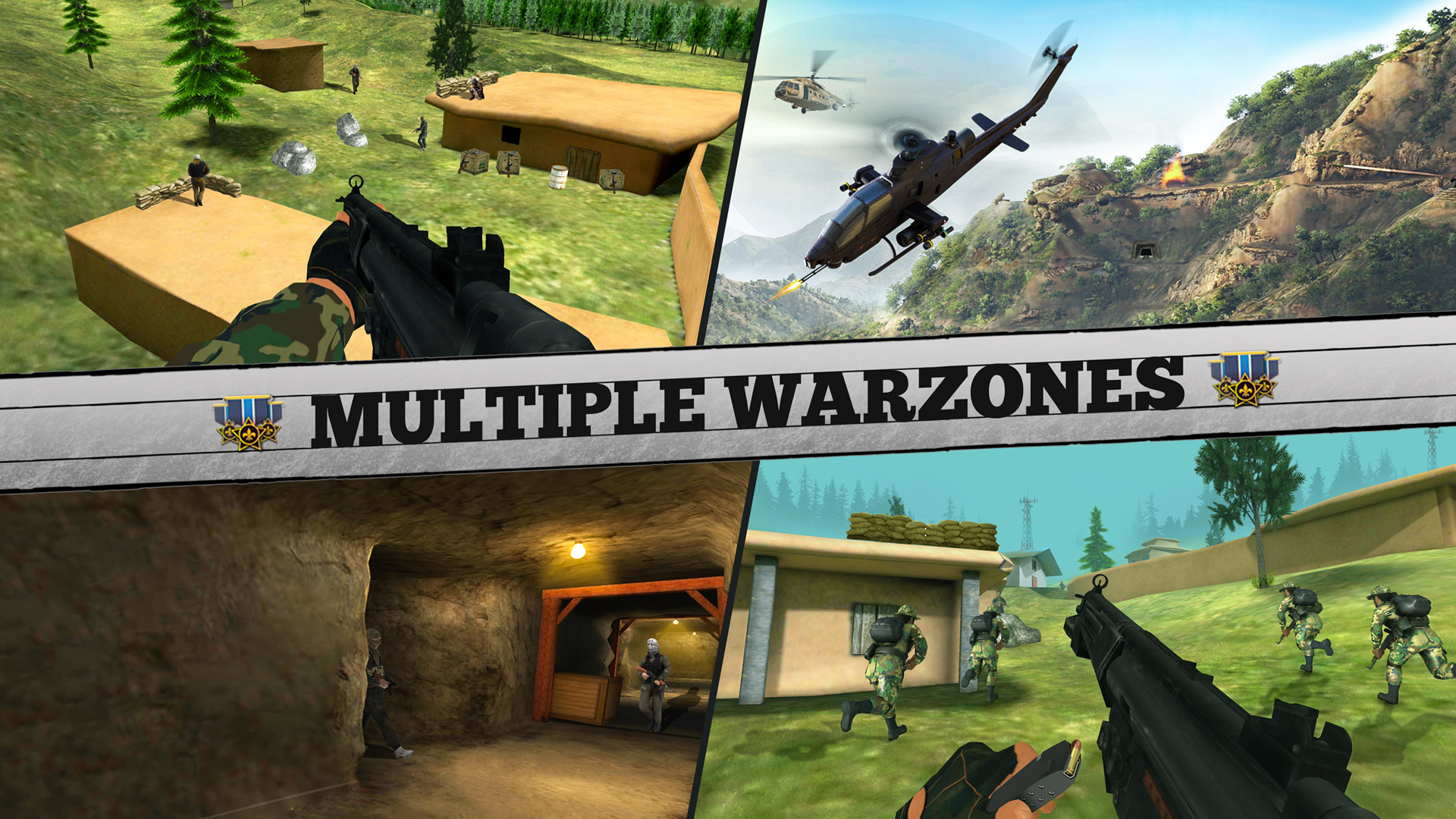 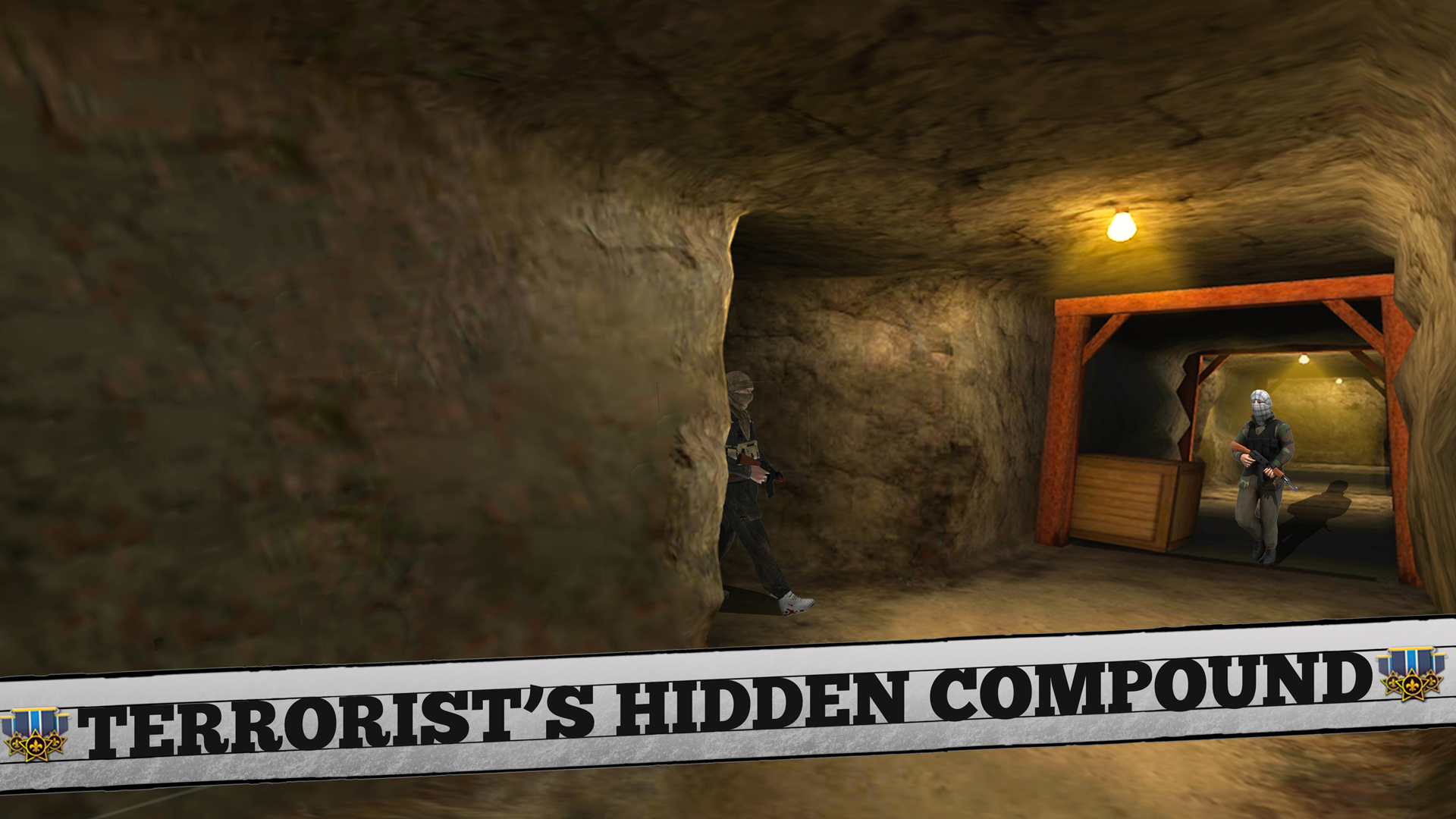 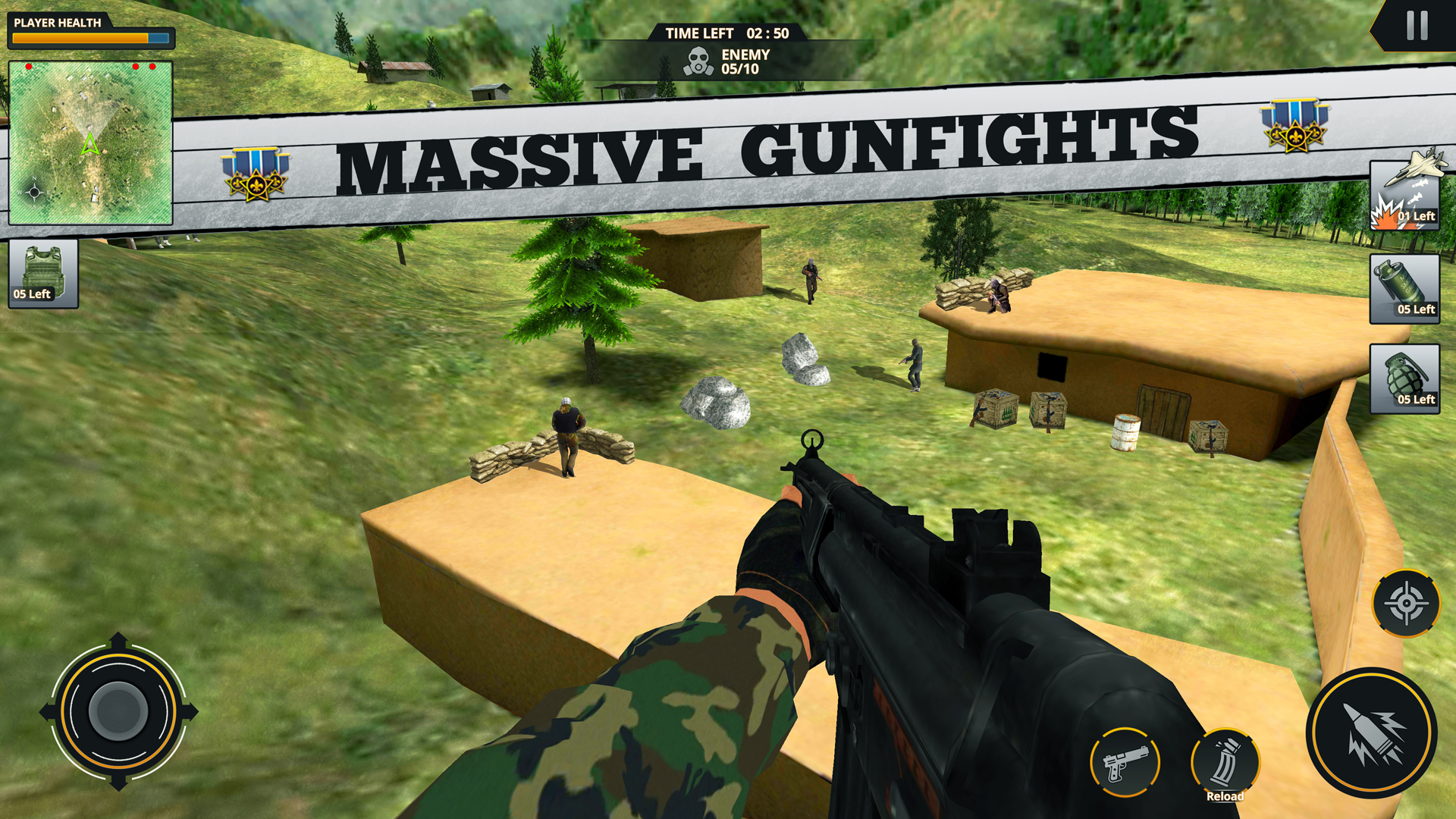 ISPR presents you with an action packed, multi role FPS shooter game. It takes the players through the epic battles Pakistan Armed Forces and Law enforcement agencies have fought.
Militants are expanding their territory in Pakistan with the help of external forces. They are trying to destabilize the country but there is one thing they should be scared of, "Patriotism of The Armed Forces".
In this darkest hour all the forces have been united to eliminate the deadliest threats the country is facing. Army, Air Force, Navy, ISPR, SSG Commandos, Aviation and other LEA's are all working together and fighting terrorism using their tactical expertise and state of the art weapon systems.
The Glorious Resolve 3D is an ultimate action packed commando shooting game full of FPS action and thrill with beautifully designed simple gameplay and user friendly GUI. As an elite force commando, you are specially hired for this breathtaking action missions. Use different tactics like ambush and sneak pasts to approach the enemy base camps and then take them down by using your special assault weapons. First of all, disable the watch tower defense system. Use the long-range sniper gunshots to take down the Militants. After eliminating all the snipers, get in the enemy base camp as a silent shooter by taking covers and using the crouch movements. Once you enter the base camp, get ready for the extreme counter action and start fighting with Militants, using your special gorilla commando skills.
The Glorious Resolve 3D is most awaited game of all times. Take cover, aim down the Militants and perform the best sniper shots to survive in difficult environments. As a special secret agent of SSG force you are on special duty to protect your country. Get ready to take challenge and jump into an action adventure that will take you behind enemy lines into the most fierce battlefield.
Now it is our turn to show them what we are made of. Gear-up, be a part of this glorious resolve and eliminate militant forces once and for all. Operate and traverse through realistic 3D environments consisting of treacherous mountains, underground tunnels and dry deserts. Use deadly missile systems, deploy air strikes, smoke grenades, hand grenades and much more to defeat the militants.
Take on different roles on the battlefield, pilot Cobra helicopters and eliminate all hostile threats in this action packed thrilling FPS shooter adventure game.

Official game of ISPR and Pakistan Armed Forces with key features as following:
◉ Multi role First Person Shooter game.
◉ Powerful military weapons including machine guns, sub-machine guns, shotguns, sniper rifles and pistols.
◉ Use of force and force multipliers like close air support, UAV drones.
◉ Realistic game play including strict rules of engagement
◉ Unique 3D maps set in a realistic environment.
◉ Use smoke grenades and air strikes against militants.
◉ Earn medals to unlock and upgrade powerful guns.
◉ A system of rewards like medals and promotions to keep the player engaged throughout the game.
◉ Encounter a variety of threats including gunners, snipers and bazooka enemies.
◉ Intelligence Based Operations.
◉ Compete against top players and make it to the highest rankings in the online Leader board.

If you like “The Glorious Resolve: Journey To Peace”, please try our other games. And don’t forget to rate and review.