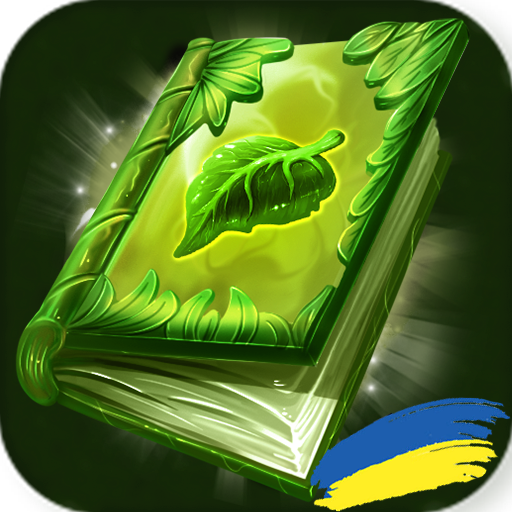 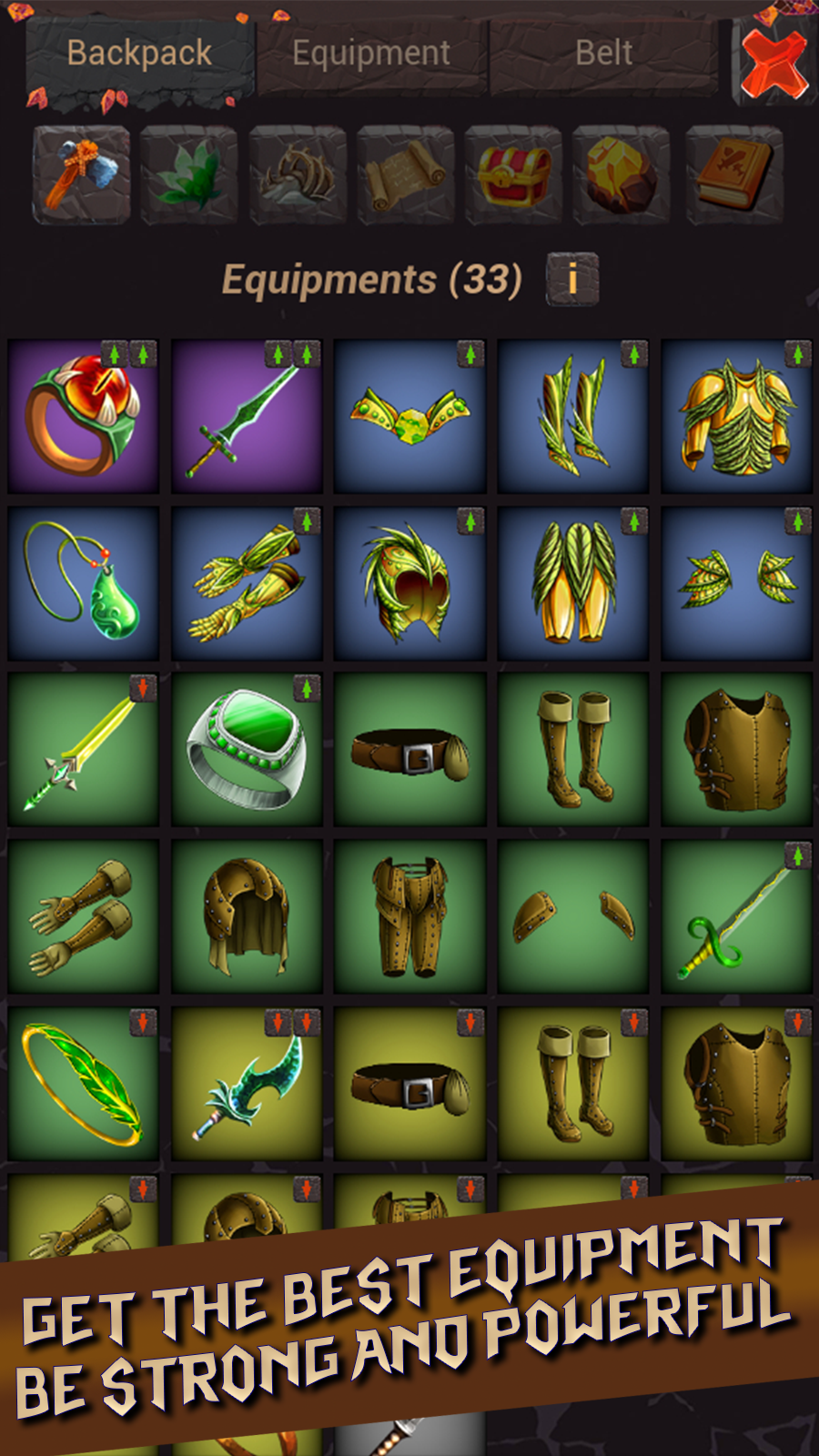 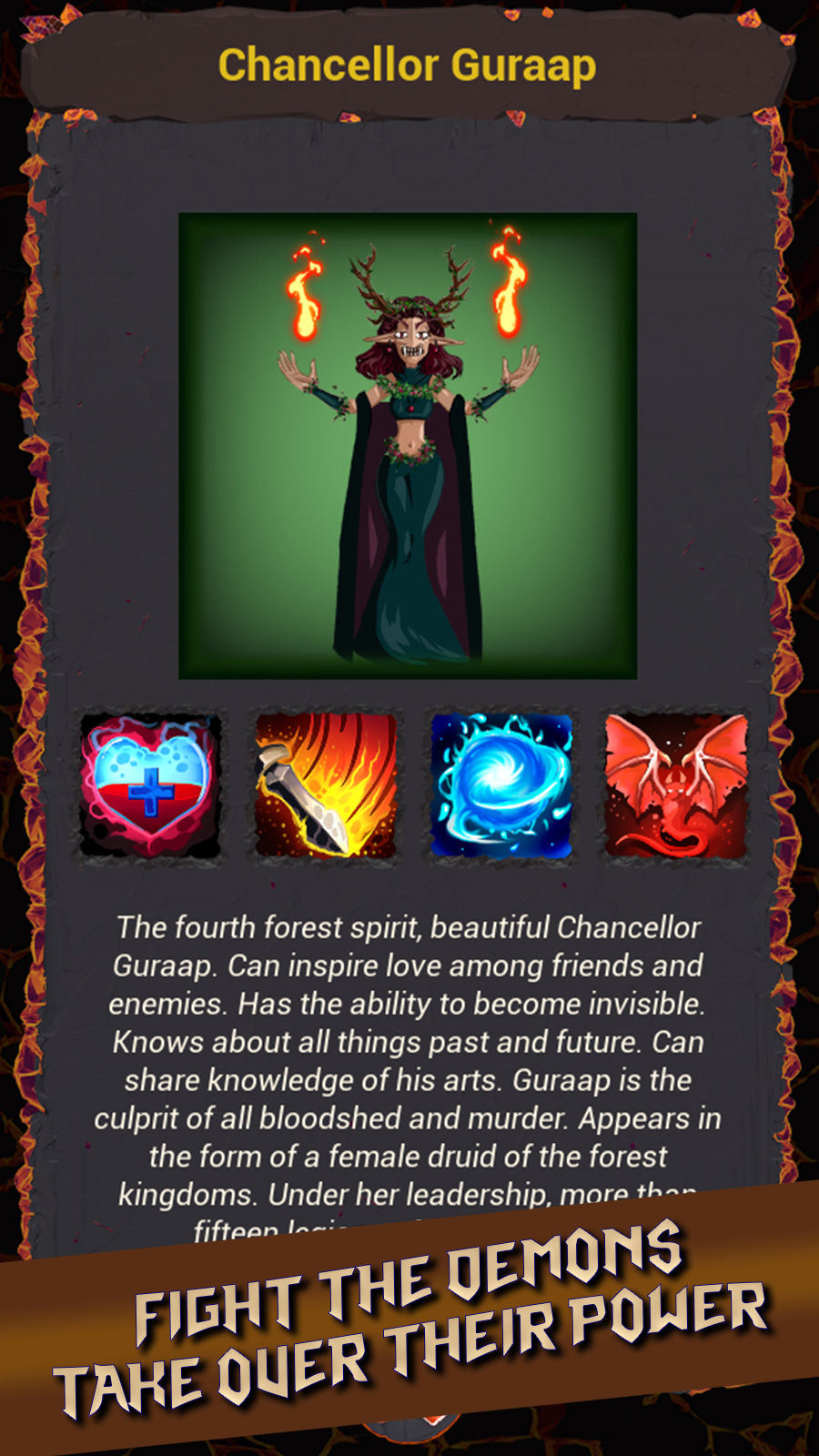 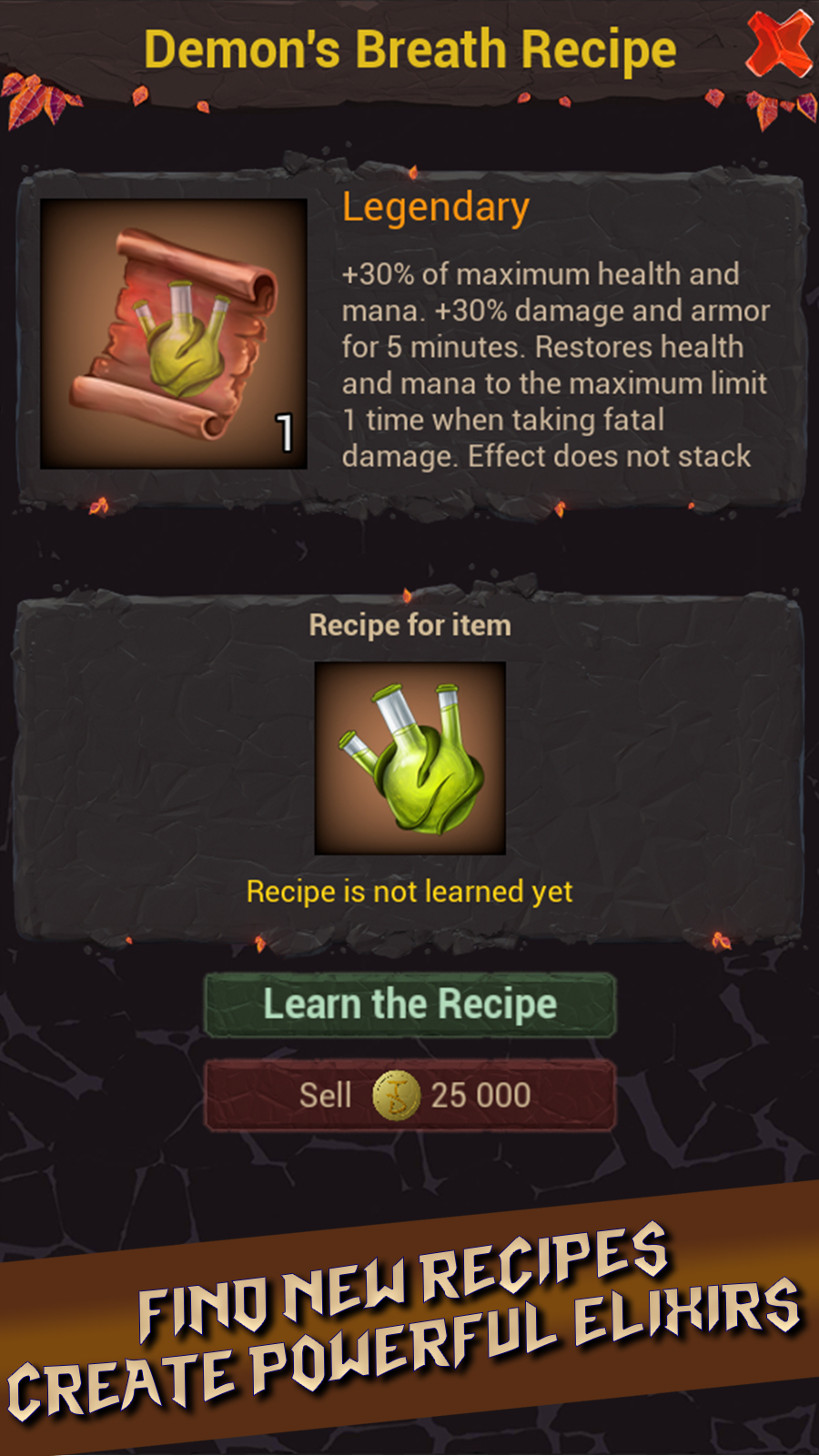 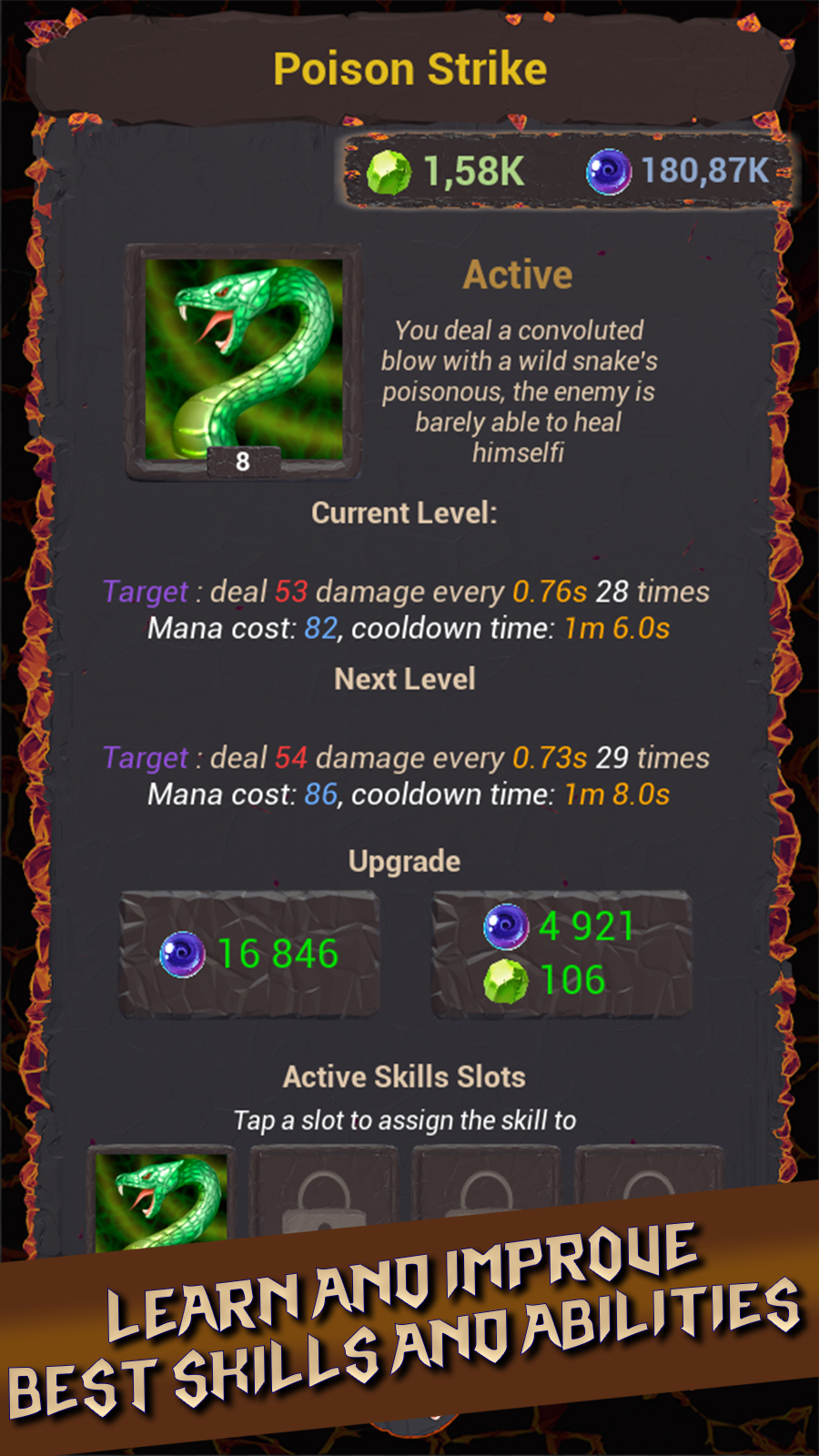 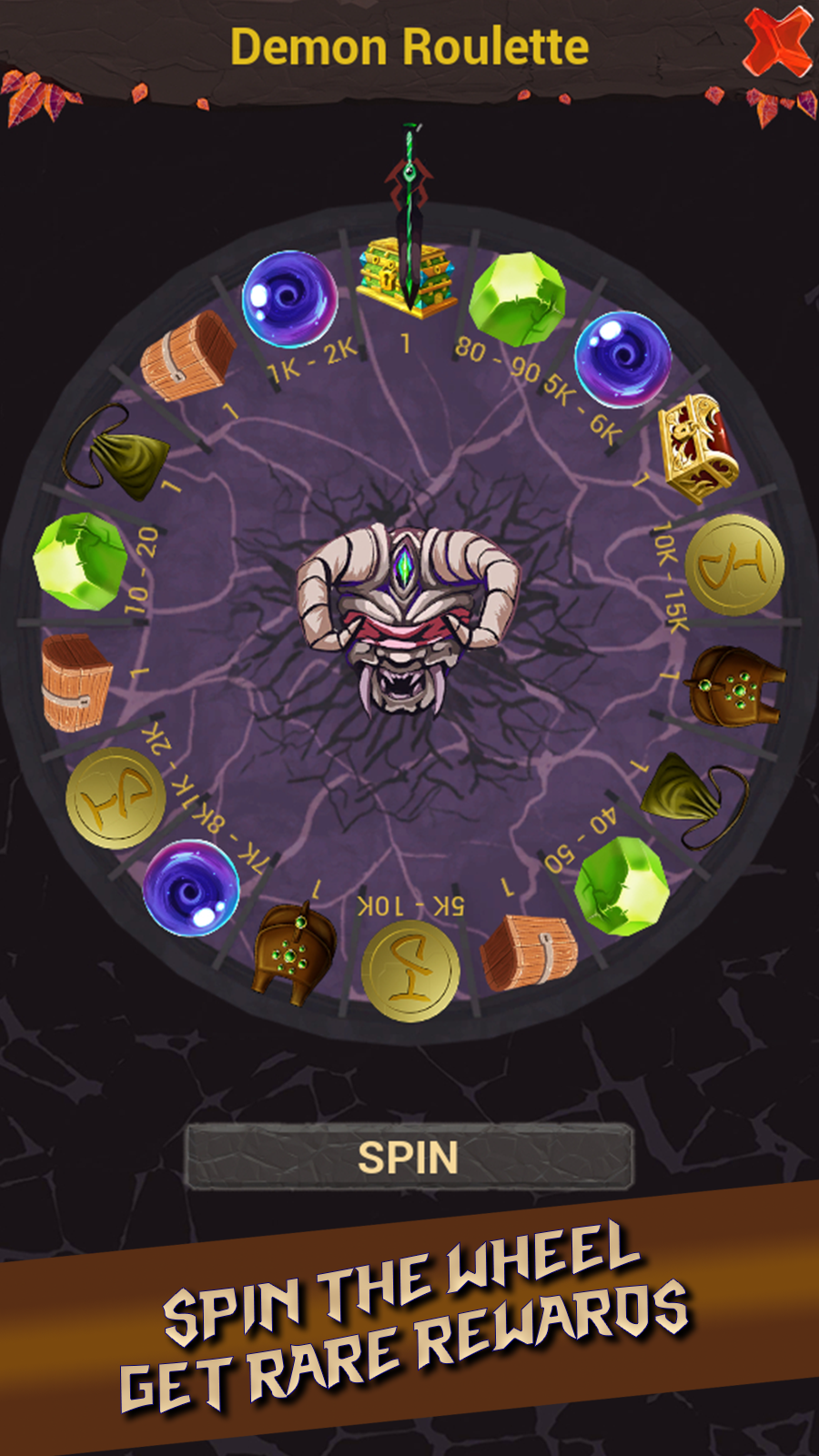 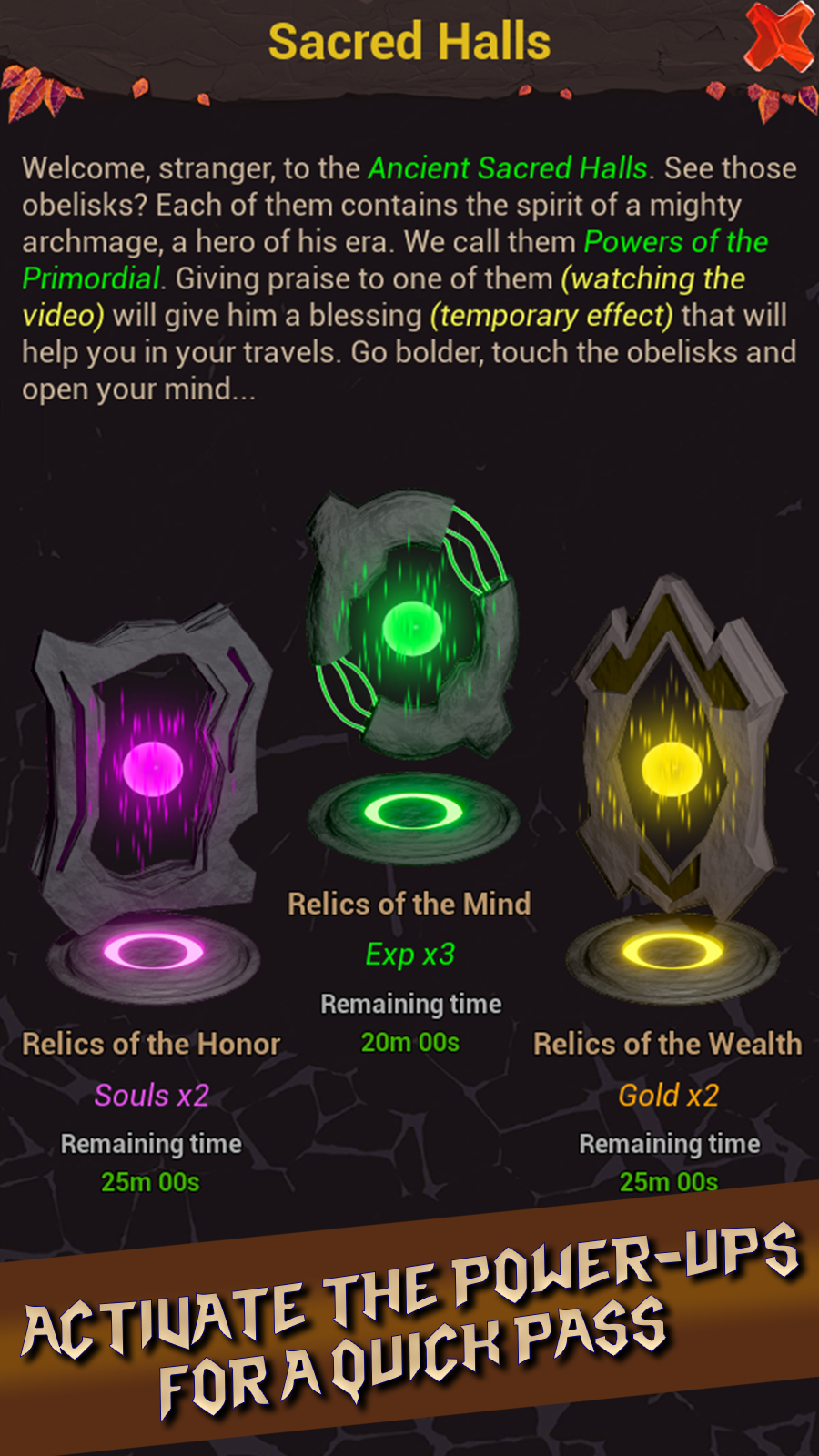 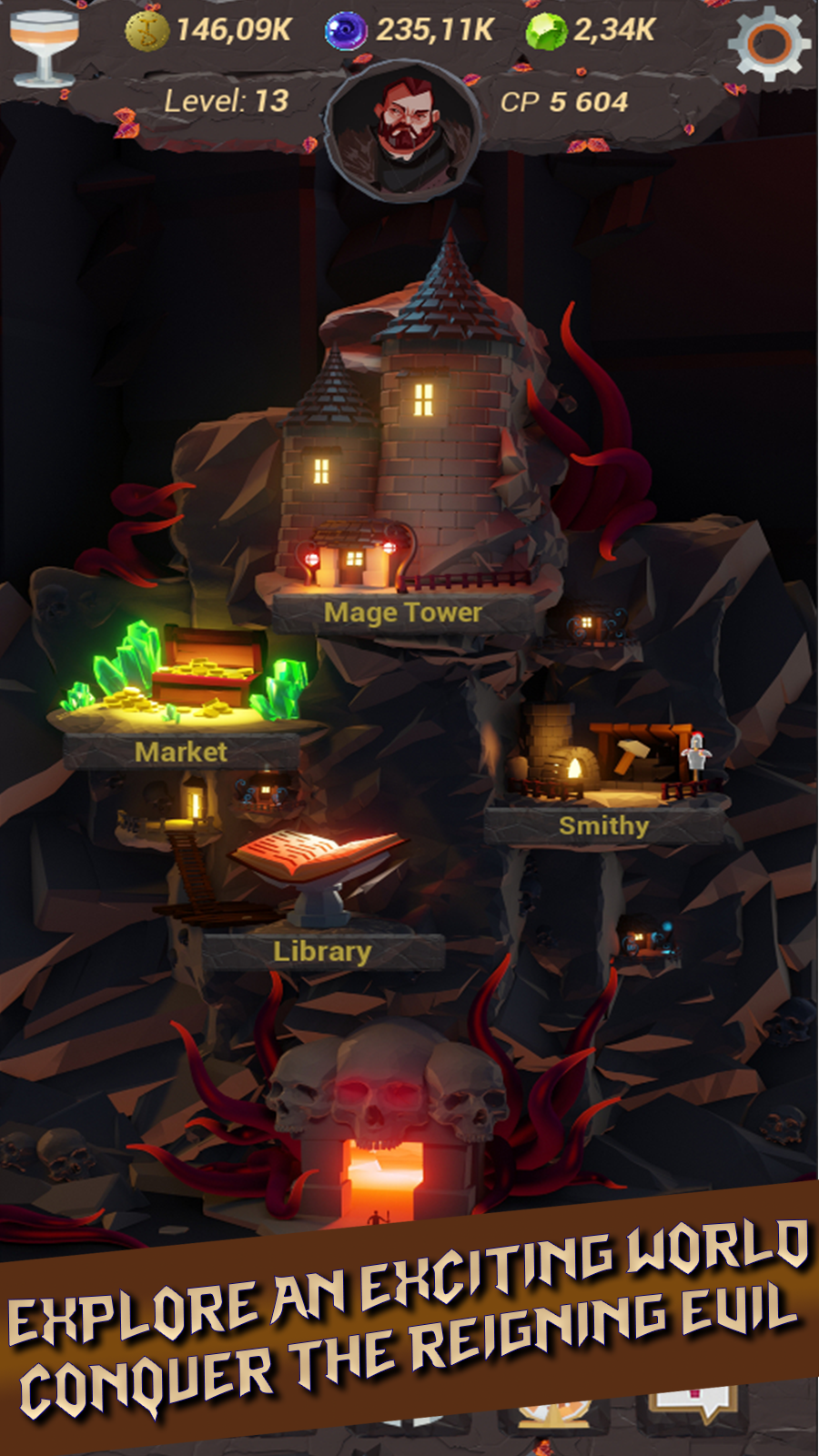 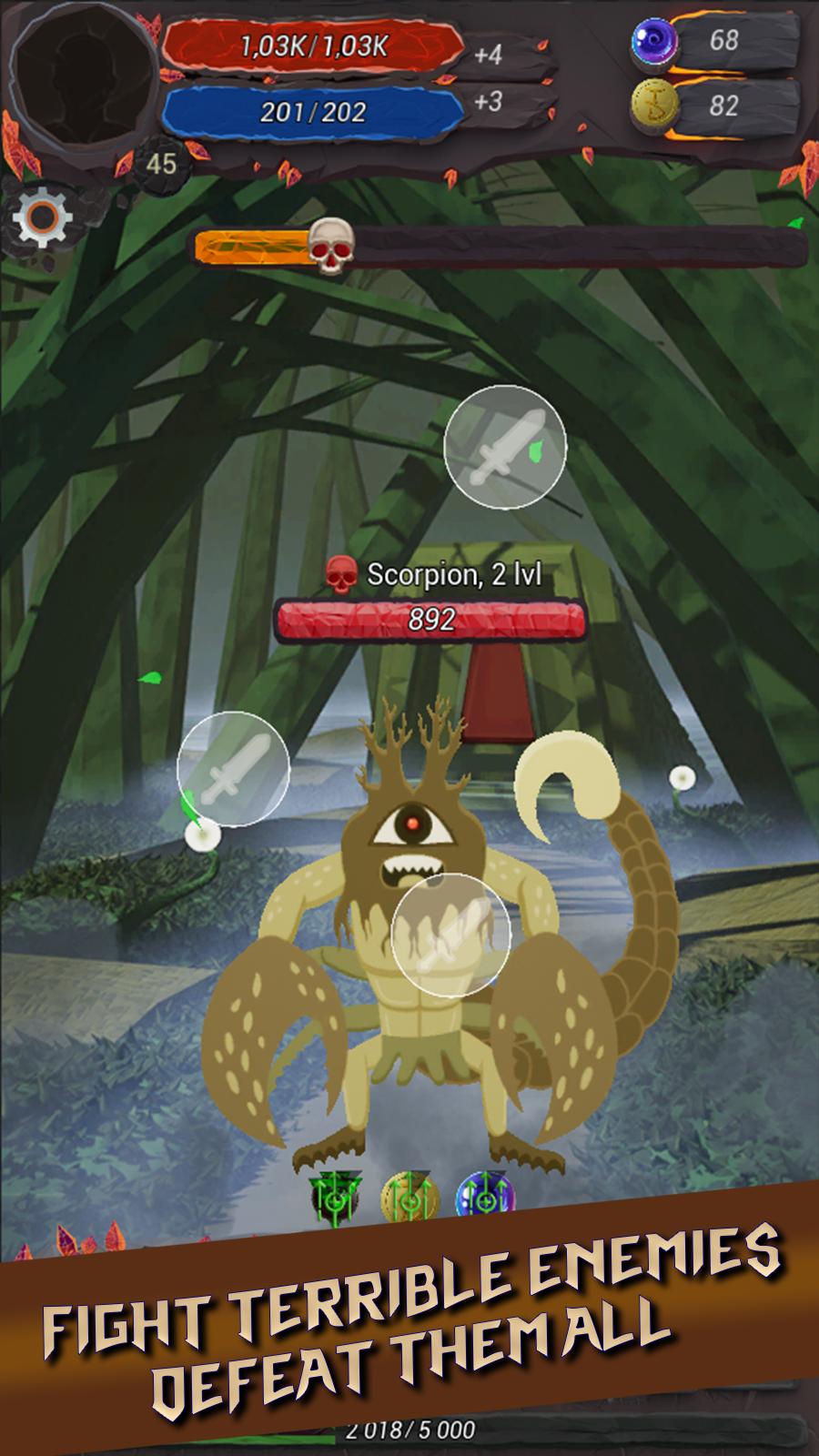 ➤ HISTORY TAP DEMONS
It happened a long time ago. First there was fire. A bright flash lit up the sky from the north. The rising wind brought with it a foul smell. The old people started talking about an ancient prophecy. And soon they appeared. An army of demons whose hordes swept away everything in their path. The order of white magicians defeated the enemy, trapping the leaders of the demons. And the high king took on the role of the keeper of the ancient seals, with which it was possible to open the vessels, he hid them in the dungeon of his castle. This secret has been passed down from generation to generation. But the line of kings became weak. And the minions of evil were gaining strength. The young prince, who had only girls and booze on his mind, told the secret of his ancestors to whom he should not. The forces of evil broke into the citadel, freed the evil and chaos reigned. Realizing his mistake, the prince called on mighty heroes to find the seals and destroy the demons once and for all. But they all failed. The world was enveloped in evil, and the demons began to rule over the entire planet.
In the game an exciting world of ancient times awaits you. The events take place on the planet Hanokei, in a parallel universe, many years ago.  You are a hero who faces hundreds of thousands of various monsters, minions of a foreign kingdom, as well as their masters - demons. You live in a world full of fear and despair. But there is a small group of people who believe that all is not lost. They believe that according to the prophecy, on the day when there will be 4 planets in a row: Hanokei, Irikain, Zachrina, Krinosan, a savior will be born who will fight with the dark force and capture all the demons in his seals. Many children were born on this day, but who knows, maybe you are one of them?

🌏 DOWNLOAD AND PLAY NOW - Join the adventure and tap to victory!